2020 could be another great year for gold 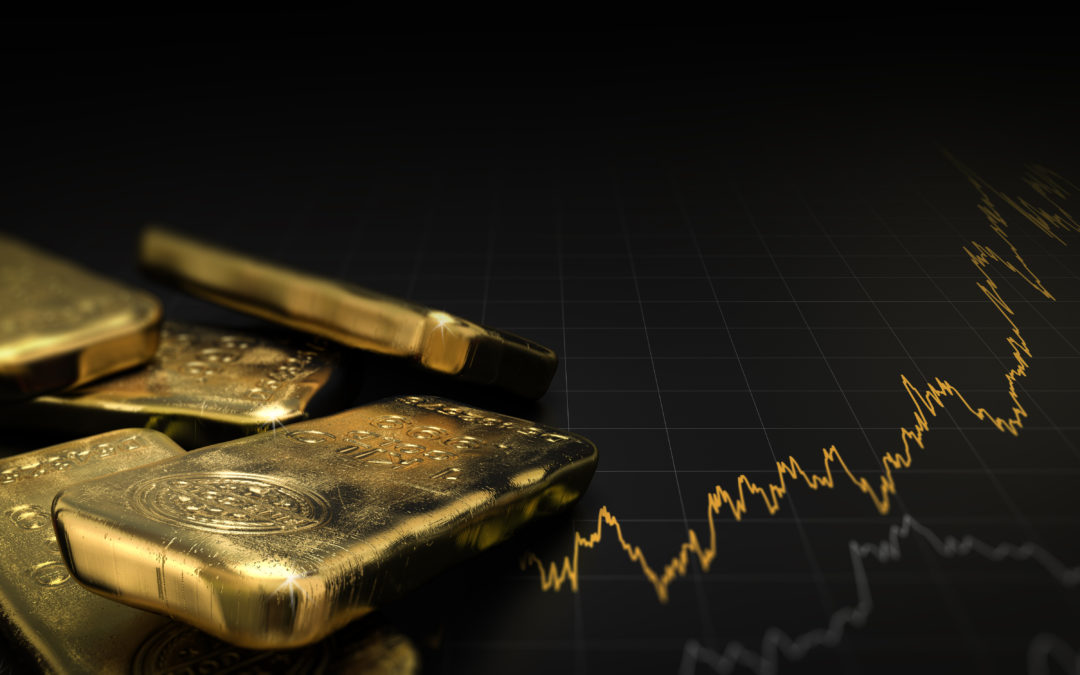 Robert was right when he said on Tuesday that stocks had a good year.

Even despite the negative headwinds.

Don’t forget, there was plenty of bad stuff going on in the year.

The uncertainty hanging over the UK due to endless delays with Brexit for one.

The ever-present danger of deteriorating global trade was another.

And the very real threat of a slowdown and even recession in the US and other major economies also loomed large… and continues to do so.

But despite all this, the FTSE still made 12%, on the index levels alone.

Add in dividends and it’s nearer 15%.

And US stock markets performed even better, shrugging off all the threats.

And the tech-heavy Nasdaq index did even better, gaining 35.2% as investors chased growth… emboldened by the ‘Powell put’ underpinning markets.

But not necessarily based on solid fundamentals and strong business from the underlying stocks.

A rally built on hope… not profits

According to analysts at Goldman Sachs, less than 10% of those gains came as a result of a growth in earnings at the companies in the index.

MarketWatch has the story:

“The stock market’s historic run in 2019 was driven almost entirely by a vigorous rise in price rather than steady earnings growth, according to researchers at Goldman Sachs.

The price to earnings ratio or P/E is a common metric for valuing stocks and stock markets.

There are historic P/Es which use the latest full year earnings.

And there are forward P/Es which use predicted future earnings for the next year – so they measure expected earnings growth.

For a single stock, you take the share price and divide it by the earnings per share.

For the market, you add up all the prices of the stocks in the index and divide by the total earnings per share.

And it gives you a metric that you can use to determine whether the stock or market is fair value, undervalued or overvalued.

Supported by the Fed

And that multiple expansion accounted for a whopping “92% of the index gain”, according to Goldmans’ Daid Kostin.

So, if the profits of the companies weren’t growing, why were prices soaring?

Long-time Monkey Darts readers already know the answer, as we bang on about it enough in these pages.

It’s thanks to Jay Powell and his bunch of merry price manipulators at the Federal Reserve.

The bulk of the S&P’s multiple expansion, Kostin believes, was down to the Fed’s helping hand, cutting rates, printing money and pushing markets higher.

If they’re right, perhaps reality will come back and knock the market back down to where it should be.

I guess we’ll have to see.

A lot depends on whether last year’s Fed policy moves have the desired effect which is to lift consumer price inflation.

Right now, inflation is low historically – below where the Fed wants it to be, which is 2%.

That’s why the Fed cut rates three times in 2019… to try to spark a rise in inflation towards the 2% target.

The current stance is that they’ve done enough.

Rates are low enough, says Powell, to encourage borrowing and promote growth and inflation… but not so low as to risk dangerously high inflation like that seen in the 70s.

But that’s not what the guy in The White House believes.

He wants Powell to loosen the money taps some more.

He sees the negative rates in Japan and in Europe. And he wants some of that.

That, believes Trump, will put the US on an even playing field… boost economic growth, support financial markets… and get him the second presidential term he’s desperate for.

Remember his tweets back in September:

But let’s see what happens.

Next Wednesday is important.

It’s when the Fed will tell the market its latest plans for repurchase agreement (repo) operations – in other words, asset purchases.

In addition to lowering interest rates, the Fed’s been expanding its balance sheet by buying bonds and short-term debt to keep the financial system rolling.

So, if next Wednesday’s update shows the Fed is decreasing or stopping this source of liquidity, the market could wobble.

And if that happens, expect Trump to take to twitter and lambast the Fed!

So, a good year for stocks in 2019, then. Whether that can continue through 2020 depends largely on the Fed… and on the trade war.

That’s the other big event for next week.

We’ve supposedly got the signing of the “Phase One” trade deal agreement between the US and China next Thursday.

Even if it goes through, it’s likely not the end of this.

There’s still plenty of scope for either side to renege… and even for the situation to deteriorate.

If things do get worse, stocks are vulnerable, especially with the indices so overvalued.

Which brings me to gold.

All the headlines are about what a good year stock markets had in 2019.

But gold had a pretty decent year, too.

“Gold prices ended 2019 with their 3rd highest annual finish in US Dollar terms while setting fresh New Year’s Eve records in all other major currencies except the Swiss Franc.

Not least from a charting perspective.

The dollar price recently broke up through the previous September highs around $1,550.

Of course, recent geopolitical tension following Trump’s assassination of Iranian General Qasem Soleimani has been behind a recent spike.

The fear of all-out war in the Middle East sent capital scurrying for safety in the ultimate safe-haven asset.

That’s been averted… for now. After Iran’s carefully executed strike on a US base, avoiding casualties, Trump thankfully backed down.

And that has seen gold reverse from the spike high at $1,611 earlier in the week.

But there could still be more to come on this. Not necessarily now. But at some point.

And if there is further sabre-rattling and military strikes, gold will likely move higher.

It’s not just what has been happening in the Middle east, by the way.

There are also other factors supporting the gold price.

Chief amongst these is the central banks’ policy of lowering interest rates and pumping money in to support markets and raise inflation.

If yields are low, gold (which has no yield) becomes more attractive to investors.

And if the banks have cut rates too far – or go even further – and inflation comes roaring back, then suddenly gold will look very attractive as investors look for a store of value.

And if the price remains high, that could mean there is great value in gold mining stocks.

Particularly ones with large stockpiles of gold and which have not hedged their production. As the gold price rises, their margins get fatter.

If you though gold’s gains in 2019 were impressive, compare the performance of the metal itself to a bunch of gold mining stocks.

“What is truly interesting to me is that many do not realize that GDX has outperformed the SPX during 2019, as it closed the year with a return of almost 40%.”

According to Investopedia, its holdings “include most major gold miners listed in the United States and Canada.”

And if gold’s bull market has room to run, as I believe it has, then these stocks and the ETF could do well in the year ahead.