3 Reasons to be optimistic about 2020 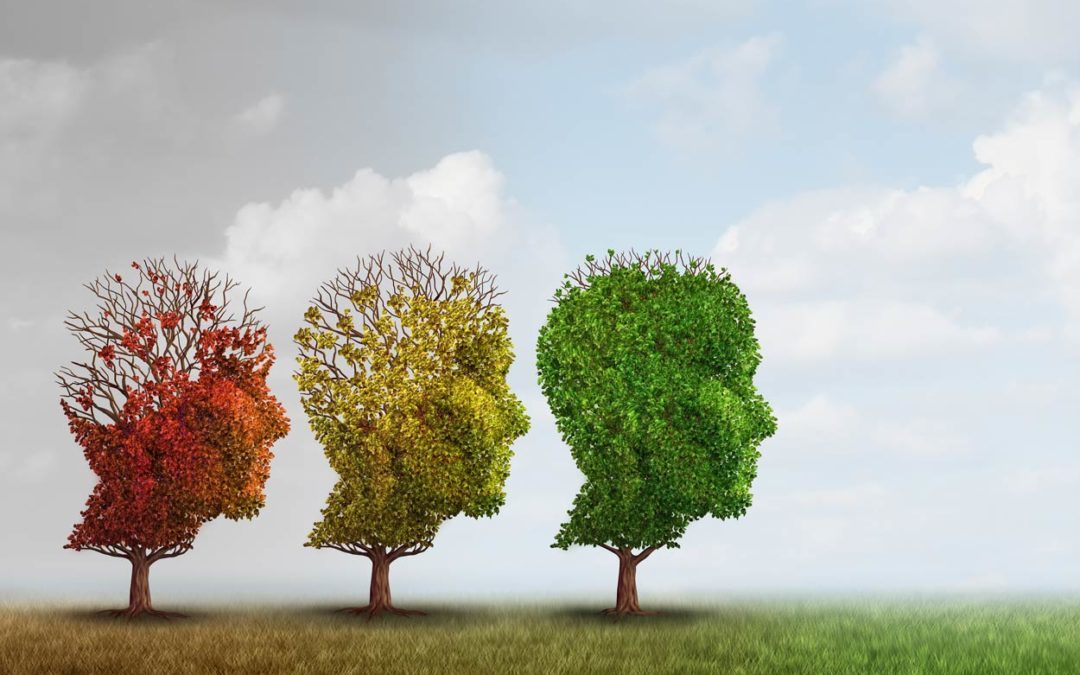 Last year was a pretty decent year for stocks, all told.

The FTSE 100 was up about 12% over the year: the best performance in three years. The AIM market was up 8%.

And I think that made it easier to find growth stocks. Several of the shares I wrote about last year performed well.

Aim listed Ixico, which is developing neuro-imaging technology for Alzheimer’s’, is up 211% since I wrote about it.

Bitcoin had a wild year, rocketing on news of projects by Facebook and China, before collapsing again.

Still Bitcoin is up 106% since I recommended buying in January. Ethereum is up 37%.

There were several clangers. Microbiome play Synlogic has fallen 60%. Applied Graphene Materials (still a good punt, in my opinion) is down 35%.

And there was one company that failed spectacularly.

Shares of resTORbio (NASDAQ: TORC) plunged more than 90% after the failure of one its headline drugs in phase 3 trials.

The company is developing a class of molecules that inhibit a pathway in our cells that has been called “target of rapamycin” (TOR).

By blocking TOR pathways, the company believes it can boost the immune system’s ability to fight infection and even stall some of the effects of aging.

And the early signs were promising. In Phase 2 trials last year, the percentage of patients that experienced a respiratory infection was reduced by more than 30%.

But in a Phase 3 study of more than 1,000 patients aged 65 and over, the drug was shown to perform about as well as a placebo.

And the stock went into a nosedive.

The company is now stopping further development of the compound for lung infections in elderly patients and it’s hard to see how the share will recover any time soon.

As I said at the time: “If the drugs are FDA approved the share will explode. But this is an enormously complex process with the vast majority of biotech drugs running aground during human testing. So this is a very high risk punt on two very promising drugs.”

I guess that story hasn’t worked out.

And it highlights the difficulties of translating results from animals into human trials.

Rapamycin had been found to reduce age-related bone loss cardiac aging and chronic inflammation in mice.  In trials, rapamycin radically extended the lives of flies worms and rodents. Feed it to mice and they live on average 25% longer.

But human biology is another thing altogether. We still have a very poor understanding of how our cells, genes and biological pathways work, and perhaps I should be more cautious about signalling the potential of breakthroughs in the field of anti-aging: which remains as stubborn a problem as ever.

That said, there are several fields of scientific research that look very promising as we head into 2020.

And there will be plenty more growth stocks and opportunities to pick up on, even if the current stock market rally doesn’t continue.

2020 certainly look like it coud be a good year for Aim-listed Ixico (IXI).  The company is focused on neurological diseases including Alzheimer’s and other forms of dementia.

Ixico’s expertise is in neuroimaging using MRI or PET scans. Their technology detects changes in different parts of the brain over time allowing scientists to see whether their potential new drugs are having an effect on the disease they’re interested in and ensuring that potential new therapies are safe and effective.

Or take Oxford Biodynamics (AIM: OBD), which is fallen 40% since I wrote about it, but still looks very promising.

They have developed “EpiSwitch” – a technology that can be used to analyse blood samples for early signatures of disease.

EpiSwitch is based on epigentics: the mechanisms by which our genes are expressed and altered as we age.

By looking for early biomarkers Oxford Biodynamics could help improve early diagnosis and also help to monitor profiles of patients in order to predict the likelihood of response to treatment.

Alzheimer’s is a critical problem for a society that is aging very quickly.

At the same time, we are developing methods for spotting the early onset of this disease.  For example, last year Dr Randall Bateman of Washington University unveiled a blood test that can detect build up of amyloid beta – a vital early signal of Alzheimer’s – years before you display physical symptoms.

A second study lead by Nobel Prize-winning chemist Dr Koichi Tanaka, has been instrumental in developing “mass spectrometry” testing for proteins such as beta-amyloids.

This is a method of testing that ionizes chemicals and sorts the ions based ion their mass-to-charge ratio.

By isolating the protein Tanaka and his team were able to develop a blood test that detected Alzheimer’s with 90% accuracy.

This could be a major breakthrough for treatment of this disease.

As you know, I think the field of gene editing is another big cause for optimism.

Genus (GNS) (up 22%) for example, is a biotech company that could play an instrumental role in preventing future outbreaks of disease among humans and animals.

Genus works on animal genetics. It analyses the DNA of cows and pigs to select the healthiest parents and herds for farmers.

The breeding selection programme tests approximately 350 dairy bulls per year in a rolling five-year programme which includes creating and measuring the output of 35000 daughters.

Genus is also involved in gene editing. It produces pig and bull semen that has been genetically modified to be resistant to disease.

And I think the use of gene editing on animals and crops are hugely promising.

While Chinese scientists are experimenting with gene editing on human embryos – and receiving jail terms when they get caught – the regulatory path for gene editing for animals and crops seems far more clear.

We have decades of experience of gene editing in this fields and last year saw a string of impressive breakthroughs in manipulating animal DNA to protect from disease and bacteria.

In the crops, we’ve seen how Ginkgo Bioworks and Indigo Ag are creating a revolution in agriculture: making crops that are resistant to drought and diseases.

I’ve also written about how genetic material in our gut could be massively beneficial to us.

The billions of bacteria that live inside the human digestive tract are the focus of the most compelling new research on the body. It is now clear that the gut microbiome is a highly significant and useful biomarker of our individual propensities to certain medical conditions.

And the state of your microbiome is highly influential in obesity cancer allergic autoimmune diseases and the brain states involved in depression and other mental diseases.

There has been major funding for research in this field from the likes of Google Monsanto and Johnson & Johnson.

As awareness spreads about the importance of a healthy microbiome the market for probiotic and prebiotic supplements has reached $30 billion in the US as part of the $60 billion weight loss market.

And then there’s Japanese smart toilet maker Toto, which might lead the parade in developing and marketing smart diagnostic toilets giving individual state of health read-outs based on urine and stools just spent.

I am especially interested in the emerging field of generative biology.

Almost all modern medicines have been discovered from an existing set of biological solutions rather than intentionally generated for a given purpose.

This is because biology is governed by highly complex rules that do not easily yield to engineering.

Fundamentally contemporary drug discovery is about finding molecules that already exist or that nature has already evolved.

Many of the most powerful medicines such as insulin are direct copies of what nature created. A good example is monoclonal antibody drugs which have made up more than half of all drug approvals since 2015.

But as we train AI on our biology there is enormous scope for creating synthetic molecules that are better suited to our genes and our body.

Therapeutics will no longer be single molecules but more complex systems such as viruses and entire cells.

And as we start to discover some of the engineering principles of nature who knows what we might design.

Autodesk (Nasdaq: ADSK) to me looks like a company at center of some of the most fascinating projects in manufacturing design and biology.

The company has been working with biomedical engineers to design surgical implants.

They are interested in knee hip-joint and vertebra parts that are organically structured to perform better in the body.

The parts have lattice-like structures make of material that can attach to bone and heal quickly: improving comfort and performance for the patient.

Facial implants are a good place to start. Titanium facial implants can erode the soft skin tissues in the face so a polymer material could be far more useful for this type of surgery.

I remain very optimistic in the outlook for cryptocurrencies.

The market took a dive when China issued new regulatory warnings a few months back.

But China’s central bank is pressing ahead with plans to launch a digital currency.

The way I see it, some of the best minds in the world are working on solving problems with blockchain and cryptography.

As the high IQ crypto community swells, we could see a string of fascinating projects developing in the use of money, property, retail, health and law.

I think there is a pervasive trust in maths and code over human intermediaries in finance, real estate and law.

And blockchain and crypto can help remove middlemen in these fields.

In the meantime, we will see a string of digital currencies launched by central banks and cities over the next year, bringing fresh waves of investor interest to this volatile market.

On the basis of the research that Michael Mac has published over at the Crypto Traders’ Academy Bitcoin is likely to go as high as £60k over the coming cycle.

Find out how you can sign up to his letters here.

And there are a number of other coins that he follows that are likely to deliver up to 6000% gains in this section of the cycle over the next two years.