A new twist in the trade war could spark the crash 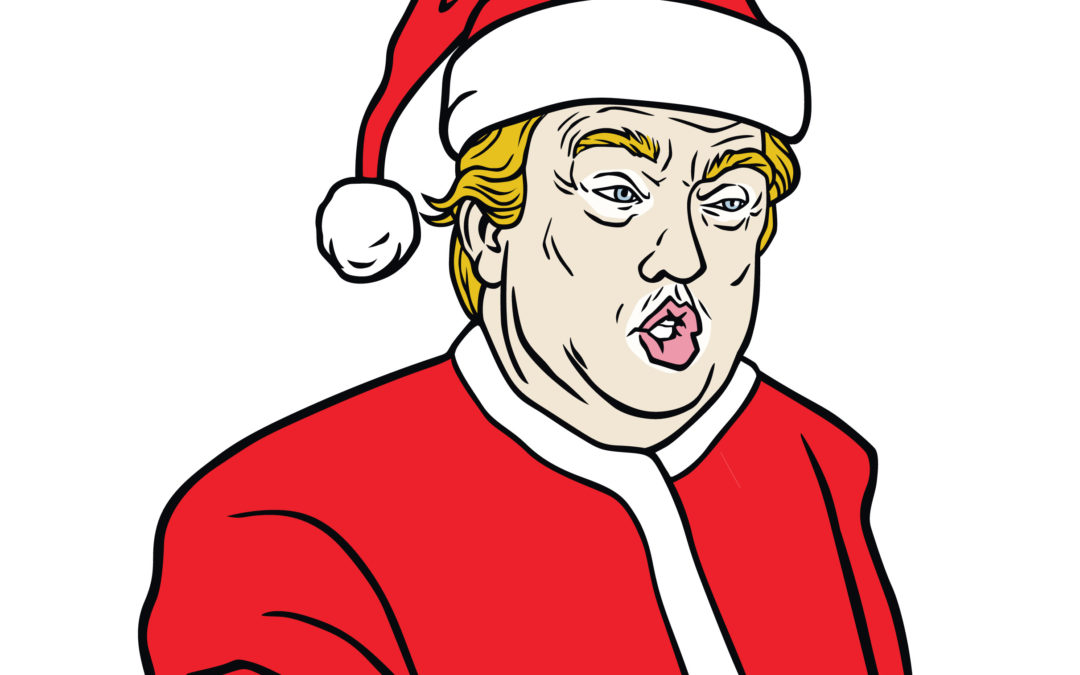 According to JP Morgan analysts, the average private investor is doomed to fail.

Because he or she does everything wrong.

They tend to jump on the ‘hot’ investments as they peak…

And dump the out-of-favour assets as they bottom out.

In other words, they tend to invest at market tops and pull money out at market bottoms.

And this hapless mistiming of the market has meant the average investor has lagged virtually every investment class over the past twenty years.

Bottom of the class

Of course, it’s in JPM’s interests to put that message put there.

As with any asset management business, they live off the little guy.

Most investors don’t know much about how markets work.

And don’t have the confidence to make their own investment decisions.

So, they rely on the professionals to do it for them…

In return for a big, fat fee, of course.

It’s not surprising, then, to see JP Morgan highlighting how poorly the average investor does on his/her own.

It keeps a steady stream of investors knocking on their doors and giving them their money to manage.

Still, if JPM’s chart is accurate, the conclusion is clear…

All this ill-timed bandwagon jumping private investors do is no good.

“It’s the exact opposite of contrarian investing – they’re following success that has already occurred rather than identifying success that will likely happen in the future.”

Here at Monkey Darts, we’ve seen how that strategy of following the hot money has been a bad move in 2019.

Remember the rash of IPOs from earlier in the year?

All those tech ‘unicorns’ that came to the market with billion-dollar valuations looking for fresh money.

The founders and early investors who got these loss-making companies off the ground wanted their money back.

So, they paid millions of dollars to bankers and marketers to create a buzz about the prospects for their businesses.

And that made the IPO irresistible to some hot-stock chasers.

But it hasn’t turned out well for the people who got in at the post-IPO highs.

Look at them now:

These are some of the highest profile unicorn IPOs of the past 12 months.

On average, their shares are trading 43% below their peaks after coming to the stock market.

Maybe these stocks will come good for investors in the end.

Perhaps after a 50% drop from the top, Pinterest is a great buy at today’s prices.

Who knows, maybe Uber will be a start performer of the future… even if it admits it may never make any money:

“We have incurred significant losses since inception…We expect our operating expenses to increase significantly in the foreseeable future, and we may not achieve profitability.” – From Uber’s IPO document.

But for now, at least, it looks like it was a bad idea for investors to pile into these hot stocks at the point of maximum excitement… just because everybody else was.

It’s an example of why it doesn’t pay to follow the crowd.

By the time the crowd is onto something, usually the best gains have been had.

By the time the crowd starts bailing out of something, it’s often a great time to buy in.

And this idea is at the heart of the contrarian investment approach.

Why it pays to be contrarian

Many of the world’s most successful investors are what you’d call contrarian.

And you’ve probably heard the most famous quotes from some of these guys.

These sayings encapsulate what it is to be a contrarian investor…

Benjamin Graham, author of The Intelligent Investor and known as the “father of value investing”:

“Buy when most people, including experts, are pessimistic, and sell when they are actively optimistic.”

“The best values today are often found in the stocks that were once hot and have since gone cold.”

Warren Buffett, Graham’s most famous protégé, and one of the world’s richest investors: 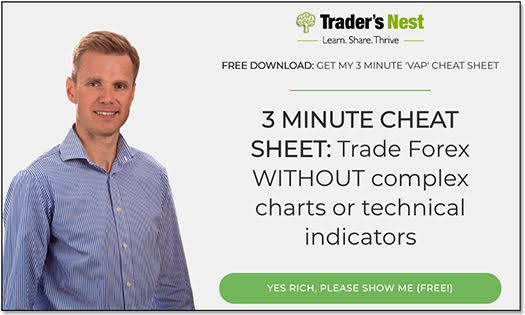 And Philip Fisher, author or Common Stocks and Uncommon Profits:

“Be extra careful when buying into companies and industries that are the current darlings of the financial community.”

You get the idea.

Which brings me to the wider markets today.

S&P on track for best performance in twenty years

And I know most Monkey Darts readers are UK-based.

But still, the S&P is the global benchmark in terms of stock markets.

So, when I quote these figures, I do it because it paints the story of how stocks as an asset class have performed… and how investor sentiment is.

The Santa Claus rally and all that.

My friend and arch contrarian investor, Dan Denning, writes in a recent newsletter that the only better year in the last twenty was 2013, when the S&P gained 32.4%.

If the crowd gets carried away with things, perhaps 2019 will claim the title. We’ll watch and wait.

I won’t go into Dan’s specific predictions as he’s got a bunch of subscribers who pay for his analysis.

Suffice to say, he believes there will be a final push higher in stocks… and then a substantial correction.

Which is in tune with what I’ve been saying in Monkey Darts.

This current bull market has been going, largely unchecked, since March 2009.

With a performance like that, you’d expect to find that US companies were growing their earnings at a huge pace – which would make them attractive to investors.

And yet, according to Adrian Ash at BullionVault, citing the Wall Street Journal, that’s not the case:

“US equities have meantime risen in 7 of last 10 years… setting a run of all-time record highs as New Year 2020 draws near.

“Yet a third of S&P 500 companies have posted a year-on-year decline in earnings in 2019, as the Wall Street Journal notes.

“The last times the share of companies posting contracting earnings was that high: 2009, 2008 and 2002, all periods when the broader economy plus the stock market were in decline.”

What’s missing perhaps is the out and out euphoria that tends to come at the end of bull markets.

John Templeton mentioned it in the first of his quotes above:

“… Bull markets are born on pessimism, grown on skepticism, mature on optimism and die on euphoria…”

We got that in the dying days of the dot.com bubble (for those of us old enough to remember!)

At that point, investors jumped on any stock that had dot.com in its name.

And the euphoria felt in the tech sector spilled over into the wider markets.

That is, until it ended.

And then everything crashed together.

And the hapless folks who joined the party too late lost 90%-plus of their investments in some cases.

We’re not seeing that kind of euphoria in US and global markets yet.

It’s more a case that people are too willing to believe the ‘good news’ narrative and not question it… even though there have already been several false dawns.

Trade wars could get WORSE

People too willingly believe the end of the trade war narrative.

But I wouldn’t bank on it.

There may be a deal of sorts in the pipeline…

The US is set to cancel $160bn worth of tariffs on Chinese goods. And in return, China will buy $200 bn worth of US goods.

That’s the ‘phase one’ deal you’ve been hearing about.

And it sounds good as a newspaper headline… and as a catalyst for stock market growth.

That’s why the markets surged this week.

But I’d be surprised if there aren’t further complications to come.

Not just with China, but with wider world trade, starting with Europe.

“President Donald Trump has threatened the European Union and its member nations with tariffs before, but those warnings felt somewhat vacuous while his attentions were fixated on China. Now that the US-China trade war has at least been put on hold, he can pursue his scruples with the EU more aggressively.

“Already, the World Trade Organization (WTO) has authorized the US to impose tariffs on EU exports in retaliation for illegal subsidies it gave to Airbus, a rival of US aerospace giant (and Dow Jones component) Boeing. Next year, the WTO is expected to authorize European trade officials to impose similar tariffs on the US, which supported Boeing with illegal subsidies of its own.”

America’s trade war with China is far from over.

The war with Europe is just beginning.

And if Trump gets his way and causes the end of the WTO, as The New York Times suggests, there could be further trouble ahead:

“The loss of the world’s primary trade referee could turn the typically deliberate process of resolving international disputes into a free-for-all, paving the way for an outbreak of tit-for-tat tariff wars.”

That’s not a recipe for a continued bull market in stocks.

It could spell a substantial correction – crash even.

And the worst-hit stocks are likely to be the ones that have been bid up most by the crowd, as they rush to get out.

2019 has been a great year for stock markets. But 2020 could be a different game entirely.

Let’s not overpay for the stocks everyone else is going for.

Better to look for the ones offering value.