It’s like the plot of a film…In 1964, a group of Canadian scientists sailed to the remote Easter Island to study the health of its inhabitants – one of the most isolated populations in the Pacific.

Over two months, they did a thorough medical study of the population.

But on returning to their labs, the scientists made a staggering discovery.

There, under the lens of their microscopes, they found a strange bacterium in the soil which secreted a very potent anti-fungal chemical.

It turned out to have very surprising properties.

It worked as an antibiotic.

Today this compound is called Rapamycin.

And it’s given to transplant patients to stop them from rejecting their organs and its ability to stop cells from dividing has formed the basis of several rare cancer and kidney diseases.

But we may only just have discovered its true potential.

A breakthrough in life extension

It seems the chemical has an even more interesting ability  – it can radically extend the life of cells.

And in a fascinating study, just published in Science Translational Medicine, a group of 264 elderly people who took a course of the rapamycin for six weeks, were found to have remarkable improvements in health and immunity more than a year later.

The study confirms a lot of what I’m come to expect from this compound.

Here at Monkey Darts our primary goal is not seeking long life – but to find great investment opportunities.

And there is a really big investment story here that I’d like to spell out today.

But first let me introduce myself….

My name is Robert White.

I’ve been studying and investing in breakthroughs like this for about ten years now.

I started as a journalist – developing contacts in technology, mining and in scientific communities here and in the US.

In 2006, I set up an R&D business that published the best insights of the scientists I met.

Everything from cryptocurrencies to supermaterials….AI to biotech….

I spend most of my time writing about exiting opportunities – companies working at the frontier of research.

And Alex, who I’ve known for some time, thought it might be interesting for me to contribute to Monkey Darts each week on the most exciting investment stories.

I’ll write under a moniker – my name isn’t really Robert White – to protect the interests and the research I feed my clients.

And in any case, that will free me up to cover the most interesting material.

But that’s all to come….

What I’m really excited about right now is rapamycin.

Because this is just one of a number of experimental drugs in the pipeline that could totally change the way we look at aging.

If we continue to see safe human trials of these drugs…and if we can find the right scientific teams…I think there is the potential to find stocks that could make 5 or even 10 times your investment.

A strange discovery oozing from under an Easter Island statue

We have a biochemist named Suren Sehgal to thank for bringing this drug to trials. 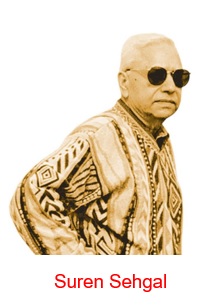 In the dirt recovered from Easter Island, Sehgal discovered this potent antifungal compound with odd properties.

When a neighbour’s wife developed a stubborn skin condition, Sehgal mixed up a rapamycin ointment for her and watched as it completely cleared up.

He began legal experiments with the compound at his lab at pharma giant Wyeth, where he discovered that, besides its antifungal properties, rapamycin does strange things to our immune system.

Sehgal didn’t live long enough to see the FDA approve his drugs (more on that in a moment).

But since his death, we’ve slowly begun to realise that the drug has enormous potential in the fight against aging.

As Bill Gifford pointed out in Spring Chicken, a book about the science of aging, it not only extends life by delaying the on-set of age related diseases such as cancer, heart disease and Alzheimer’s, it also seems to postpone the effect of aging.

When it’s active the cell grows and divides.

When it’s switched off, the cell goes into a conservation mode in which it lives longer.

And scientists are now following up these exciting discoveries with human trials.

That’s why I was so eager to read the results just published in Science Translational Medicine.

And in this particular trial, carried out by Novartis Institutes for Biomedical Research, 264 elderly people were administered two experimental drugs derived from rapamycin every day for six weeks.

There was a 40% reduction in the number of infections for those who took the drugs.

They developed a much better resistance to flu (a major cause of death for those over 65).

There have been concerns about serious side-effects with this immune-suppressing drug in past, including hypertension, abdominal pain and diarrhoea, but the subjects should few ill effects from the trial.

Most interesting of all…

“Immune function was just one of the things that got better”, according to Joan Mannick, chief medical officer.

The drugs seemed to slow symptoms of aging in several organ systems at once.

This is the interesting part for me.

It suggests that there is the potential to delay the onset of aging by actually intervening in the fundamental processes that drive it.

In the coming years, we may find ourselves standing in the mirror in the morning and receive personal advice on how to repair the damage of aging.

– A drug that could reverse baldness

– Another that restores colour to gray or white hair.

– A third that smoothes away wrinkles.

– Others that look to reverse disc degeneration in the spine, treat cancer, and remove scarring from the lungs.

There are other promising approaches to rewriting our genetic code.

And the advances in our understanding of the microbiome – that’s huge.

According to latest estimates, there are 10x more microbial genes in our gut than human genes. I know a couple of the scientists who are leading work in that field — another subject for a later briefing.

But there seems to be real progress are real potential in identifying and repairing all of the damage accumulated during aging.

We are already collecting an inventory of aging-related damage:

In fact, I believe that many of the companies that will dominate the world in the next 30 years will be those that can read, copy, store, and write the ‘life code’ — the adenine, thymine, cytosine, guanine of DNA.

This is a big change for our species.

Most naturally occurring genes have a time scale of change that is on the order of tens of millions of years, making them impossible to observe.

The human body is one of those incredibly intricate systems: pulped and shaped and improved through hundreds of thousands of years of evolution.

Three unsuccessful approaches to controlling aging have already failed: treating components of age-related ill health as curable diseases, extrapolating from differences between species in the rate of aging, and emulating the life extension that famine elicits in short-lived species.

But now that we are learning to tinker and rewrite our DNA, we can look to slow or arrest the processes of aging, perhaps even return some cells to their youthful state.

It came a little too soon for Sehgal unfortunately.

According to his son, he was diagnosed with cancer in 1998, and began taking rapamycin as self-treatment – despite the drug not being approved.

He thought there was a chance it might slow the cancer, which had spread to his liver and other organs.

His doctors gave him two years to live but he survived much longer.

In 2003, after five years, Seghal decided to stop taking the drug.

He needed to know for sure whether it was really holding back the cancer.

The tumours came back quickly and he died within months.

According to this son: “One his deathbed, he said to me, “The stupidest thing I’ve ever done is stop taking the drug”.

And I’ll continue to read studies on rapamycin with relish.

I temper any excitement I feel with the knowledge that there is a long way to go before this drug gets through safe human trials and gains approval from the authorities.

But the project of learning how to safely edit and amend our genes is gathering pace.

There are hundreds of clinical trials in gene, cell and gene-modified therapy now in progress with many in phase III.

One way to invest is to follow the companies actually sequencing the genes.

It controls over 70% of the global market in such systems, projected to grow into a $20 billion affair by 2020, all the while building up a swelling genomic dataset, and is not about to see its annual growth trajectory slip below 10% mid-term.

Keep an eye on that one.

I’m not recommending you invest. You should always do your own research before you choose to invest.

And to be honest, I have several gene editing companies with huge potential that I’d like to hold back for now.

They probably deserve the full treatment.

Drop me an email if you’d like to learn more.