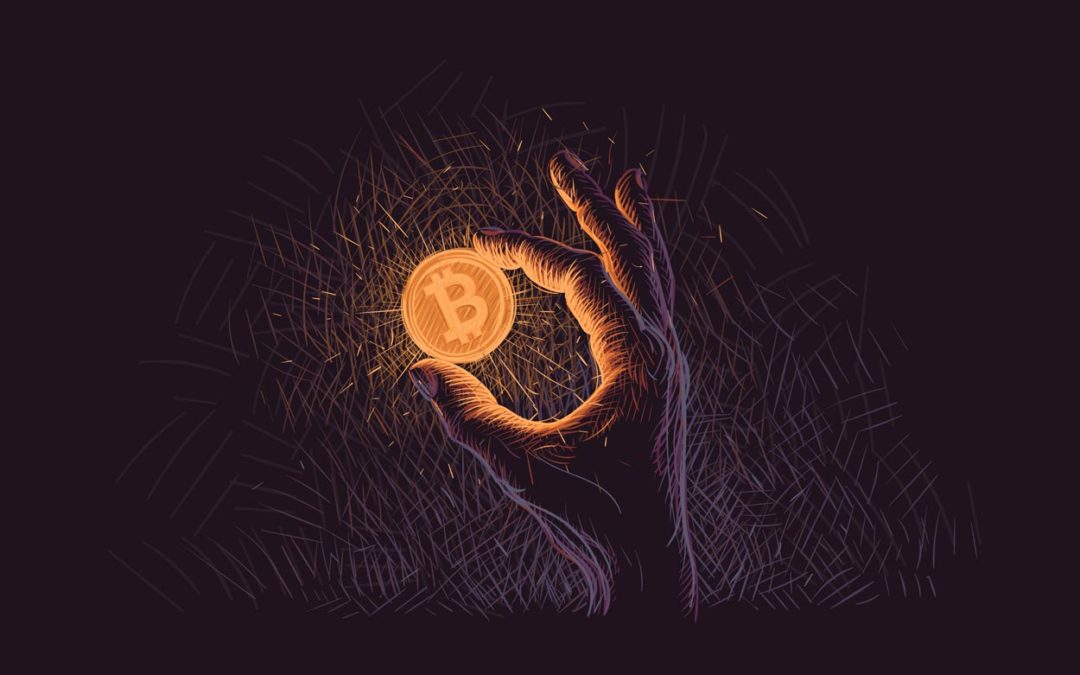 On January 3rd 2009, a new currency was launched that that threatened to overturn the financial system.

It was called Bitcoin.

And according to it’s anonymous maker, it promised a new type of money that would allow anyone in the world to make an exchange without the use of intermediaries.

Perfect strangers could send money to each other without anyone taking a cut.

It took a while for the idea to take hold.

In those early days it was bought by cryptographers, computer scientists and criminals, among others.

That got the attention of Silicon Valley.

This is when I got involved, joining a rush of curious investors who were willing to go through risky channels to buy the currency.

The main source of liquidity in the market those days was Mt Gox, an exchange listed in Japan.

When that collapsed under a devastating hack, the price of Bitcoin collapsed.

The dream was “over”. 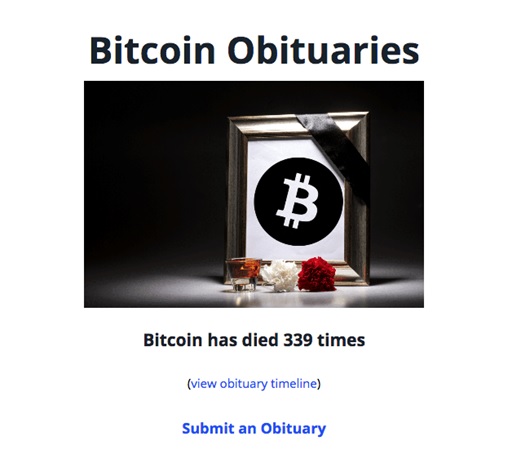 The idea that Bitcoin could disturb, destroy or replace central banks died with it.

The price bounced along a narrow range for a year or so.

Then… it began to climb again.

The media started to take notice.

They attracted a huge population of retail investors eager to participate in a rampant speculation.

And thanks to the advice of Finn and Michael over at the Crypto Traders’ Academy, I sold out of Bitcoin around then.

Because the price collapsed in the months that followed.

And once again, people are writing obituaries for the currency.

The market is washing out as regulators crack down hard on dodgy coins and unscrupulous exchanges.

Because now we have an opportunity to start buying up Bitcoin again.

And this next bubble should be an interesting one.

Over the last few months, we have seen a number of major financial institutions preparing to enter the market.

In fact crypto is unusual in that it is the first bubble in history where professional investors are last to the party.

So far it has been lead by retail investors and other “enthusiasts”.

But now that regulators are cleaning up the market…

The UK government is poised to giving sweeping new powers over digital currencies to the Financial Conduct Authority.

The big players are entering crypto in earnest.

CME, the world’s leading derivatives exchange, has established a regulated futures market – which will allow big institutions to invest huge volumes in crypto. 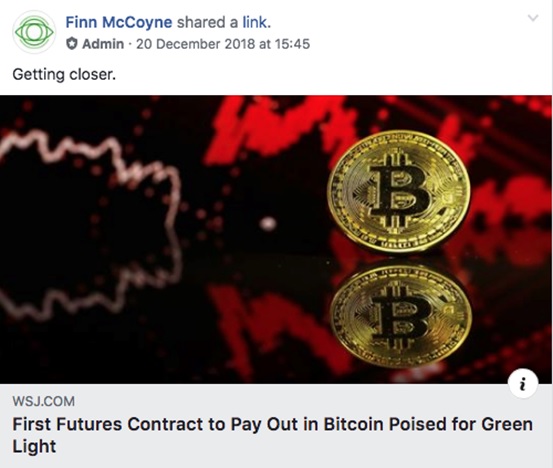 And the big financial institutions are eager to get involved.

Recently, Morgan Stanley published a report for clients that set out its outlook for cryptocurrencies.

The report points out that….

1. Bitcoins and other cryptocurrencies have constituted a “new institutional investment class” since 2017.

2. Institutional investors have “full confidence in it, both as a solution for issues in the financial system, and as a new payment system”.

3. The amount of crypto assets under management has been increasing since January 2016, with $7.11 billion currently being stored by hedge funds, venture capital firms and private equity firms.

And they are not alone.

Most major financial institutions are preparing to buy or trade cryptocurrencies.

And major exchanges are now preparing to offer crypto trading…

How high might Bitcoin go over this next bubble?

“I lived through four bubbles so far. And when they pop, they pop hard. You can see a 70-80% retrace.

But then it starts to bounce back.

The thing with crypto is that it’s not like linear growth, where it goes 10-15% a month.

And that’s likely to happen again as a huge wall of institutional money enters the market over the next few years.

Why would Bitcoin be worth £60k?

What gives it such value?

Well the idea of a digital currency itself is not new. What sets Bitcoin apart is that it is decentralised.

There is nobody in control of it.

What we have here is a huge network of computers working to clear transactions from anonymous parties.

And this process is so expensive in terms of electricity and effort that no one institution or group can summon the resources to hack or take over the network.

So unlike the pound or the dollar, Bitcoin can’t be propped up or meddled with by central banks or major financial institutions.

(Although it has certainly been pumped and dumped and buffeted by early Bitcoin investors in the past).

Never in history has it been possible to transfer value between distant peoples without relying on a trusted intermediary.

It also functions as a digital version of gold.

That means people suffering under the economic chaos of Venezuela or Zimbabwe or Vietnam, can transfer wealth out of their country easily and store it in Bitcoin.

Cryptocurrencies have proved particularly popular in Korea, Japan and China.

Every four years the number of bitcoins produced by mining halves and the production of new coins will end completely by the year 2140.

Will it last that long?

But I believe Bitcoin offers something that the traditional financial system does not.

Here is an investment class that is largely uncorrelated with assets such as stocks, bonds and property.

And unlike traditional assets, it also has the potential to deliver huge trading returns in the next few years.

And after the big banks and traders enter the market, who does that leave?

Well my bet is that we will see cities increasingly issuing their own currencies as a means to keep money in the local economy.

You can read my thoughts on how that would work here.

Or how about central banks?

If Bitcoin climbs higher than £60k in time, we could see central banks diversifying their assets into Bitcoin.

That would bring the story full circle – a terrible irony for those who see Bitcoin has a means to break away from a deeply dysfunctional financial system.

And if Bitcoin continues to rise, we could see central banks in countries such as Estonia, Malta, Switzerland buying in, especially since they are all looking to gain a major foothold in this huge new industry.

The market capitalization of Bitcoin is currently too small for it to be considered a viable addition to reserves for most countries.

“As private sector interest increases and the capitalization of Bitcoin approaches $1 trillion dollars it will become liquid enough for most states to enter the market.

The entrance of the first state to officially add bitcoins to their reserves will likely trigger a stampede for others to do so.”

So now does seem like a very sensible time to start accumulating Bitcoin again.

The fundamentals of the markets are beginning to look strong again also.

If you would like to know how to get involved…

Or even if you are just curious…

You should get in contact with Finn and Michael over at the Crypto Traders’ Academy.

They have introductory videos on how to get set up, how to buy Bitcoin, and what coins have the most potential over the next few years.

They already guided hundreds through cryptocurrency investing so far.

So you should find it very user friendly.