Bone Cars and Motorcycles: Welcome to the New Age of Generative Design 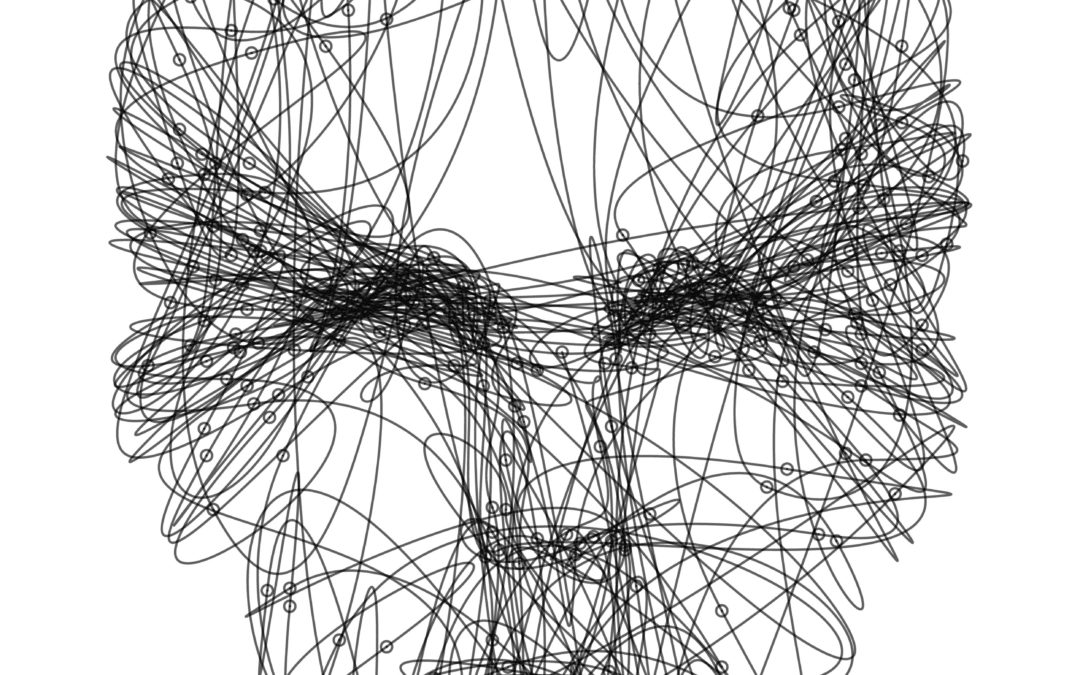 Mouse McCoy is a professional stuntman and motorcycle racer.

Then he turned his hand to films: making a second life for himself by racing cars and bikes across the silver screen. His credits include Dust to Glory and the military action film Act of Valour.

In his mind, it was something that resembled a barebones Shelby Cobra.

It would have a Ducati engine.

And it would incredibly light: perhaps something with the same power-to-weight ratio as a Ferrari.

He wanted to tap into the ethos of the old high-speed racers: a fast, lightweight car that they could speed across the Mojave Desert at a ridiculous pace.

So he knocked on the door of Autodesk, the design company. He heard that they were experimenting with artificial intelligence to design a car.

McCoy showed them a few sketches he had made and the engineers worked up a 3d model: a full photorealistic model of the car that they can manufacture and start testing. 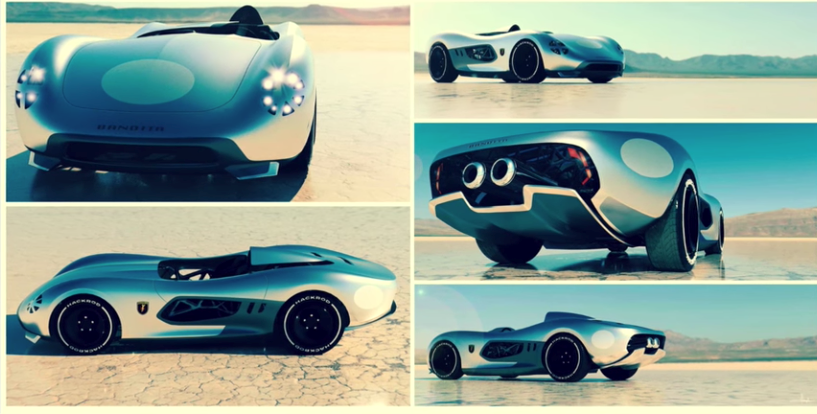 The next step was to engineer a prototype.

They started with a primitive chassis: just the bare bones of a car that they could test in the desert. They covered the car and the driver, McCoy himself, in sensors to collect data on the speed, pressures and performance during trials.

McCoy wore an EEG to record his reactions.

And the sensors on the cars nervous system produced a stream of data that was fed into Autodesk’s Dreamcatcher: an AI software design system that takes inputs on design – the types of materials to use, the functional goals, the methods of manufacturing, the costs – and then spits out a series of design alternatives to meet those requirements.

The result was a chassis design that looks completely alien… 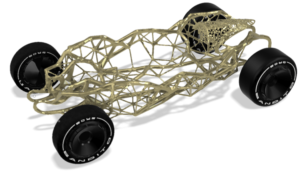 The car, which they call the Hack Rod, met all the criteria that McCoy had envisioned.

Autodesk say it’s the “first car with a nervous system”.

And after reading about design projects like this, I’m starting to think that we are seeing a radically new approach to design and manufacture.

This is “Generative Design”.

And it could upend the $12 trillion manufacturing industry (and create a few interesting investment opportunities in the process).

Take the otherworldly General Motors seat bracket (pictured below), which no team of human design engineers could have come up with. 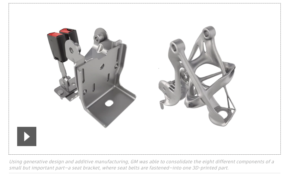 It is 40% lighter than GM’s current seat brackets and is 20% stronger and is quite literally the shape of things to come.

This is another creation of Autodesk’s generative design system and it’s going into low volume production at GM using 3-D metal printing.

How does it work?

Well its similar the Hack Rod. Having been fed the requirements of a piece for performance and materials, the software simulates the most efficient proportions, offering a set of design options that no human could offer.

The design is encoded as a set of competing ‘genes’ within a Darwinian, survival-of-the-fittest algorithm that cycles through millions of design choices, testing configurations and learning from each iteration what works and what doesn’t.

And it’s not just cars that are being redesigned.

Consider the prototype pictured here. Autodesk made it for Lightning, an electric motorcycle company who are looking to make the fastest production bike on the market. 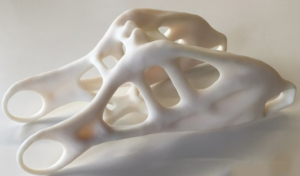 Lightning wants its vehicles outfitted with the lightest, most durable parts possible.

Using Dreamcatcher software, they started by crafting a swing arm—the piece that hinges the rear wheel to the bike’s frame.

They specified the weight and strength and agreed to be completely open minded about the shape it could take.

And they got a weird design.

“It looks like bone,” says Jordan Brandt from Autodesk.

But this is just the start of their plans to redesign a bike. And it could scale quickly. By designing with AI and printing with a 3D printer, the company could start to design a frame that is optimised for weight and speed within a matter of months.

Joors Laarman is a Dutch designer: making everything from chairs to bridges.

He worked with Opel’s software to fabricate a metal chair that is extremely comfortable.

The chair is strongest where it needs to bear weight, and doesn’t look anything like your standard dining room table chair.

But it’s in biology where generative design could have the biggest impact.

Autodesk, for example, have been working with biomedical engineers to design surgical implants.

They are interested in knee, hip-joint and vertebra parts that are organically structured to perform better in the body.

The parts have lattice-like structures make of material that can attach to bone and heal quickly: improving comfort and performance for the patient.

Facial implants are a good place to start. Titanium facial implants can erode the soft skin tissues in the face, so a polymer material could be far more useful for this type of surgery.

At Harvard, researchers from the John A. Paulson School of Engineering and Applied Sciences recently demonstrated potential of using generative design to improve facial implants.

The group printed a rib that was tuned to mimic the contours of the face of 19th century mathematician Carl Friedrich Gauss, who laid the basis of differential geometry. 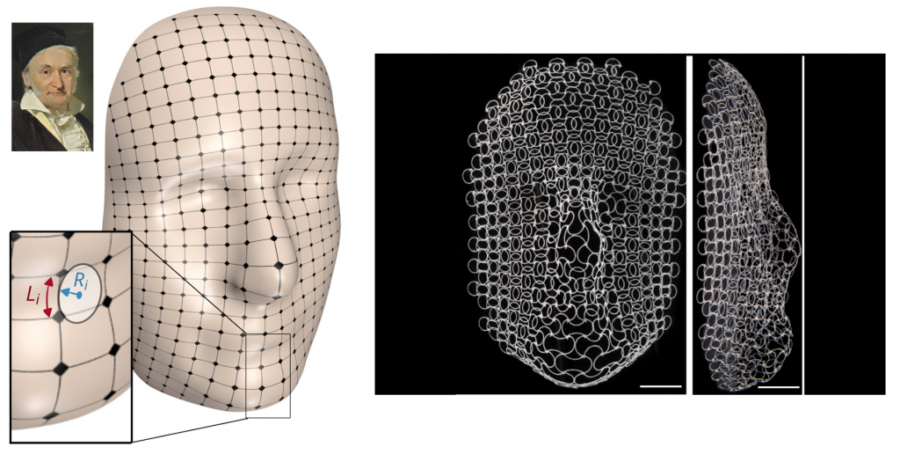 Scientists are looking to use this technology in the fields of cosmetics and surgery.

The Coming Age of Generative Biology

I am especially interested in the emerging field of generative biology.

Almost all modern medicines have been discovered from an existing set of biological solutions, rather than intentionally generated for a given purpose.

This is because biology is governed by highly complex rules that do not easily yield to engineering.

Fundamentally contemporary drug discovery is about finding molecules that already exist or that nature has already evolved.

Many of the most powerful medicines, such as insulin, are direct copies of what nature created. A good example is monoclonal antibody drugs, which have made up more than half of all drug approvals since 2015.

This is one of the reasons why Morphosys (Frankfurt: MOR) among my favourite companies. It has one of the largest libraries of human antibodies in the world, which makes it a very valuable partner for any pharma company seeking an antibody to treat a particular disease.

But as we train AI on our biology, there is enormous scope for creating synthetic molecules that are better suited to our genes and our body.

Therapeutics will no longer be single molecules but more complex systems, such as viruses and entire cells.

And if start discovering some of the engineering principles of nature, who knows what we might design.

Autodesk (Nasdaq: ADSK) to me, looks like a company at center of some of the most fascinating projects in manufacturing, design and biology.

I’ll keep you posted on the most interesting experiments here.