CARBON COLLAPSE AND THE BOOM IN ETHICAL INVESTING 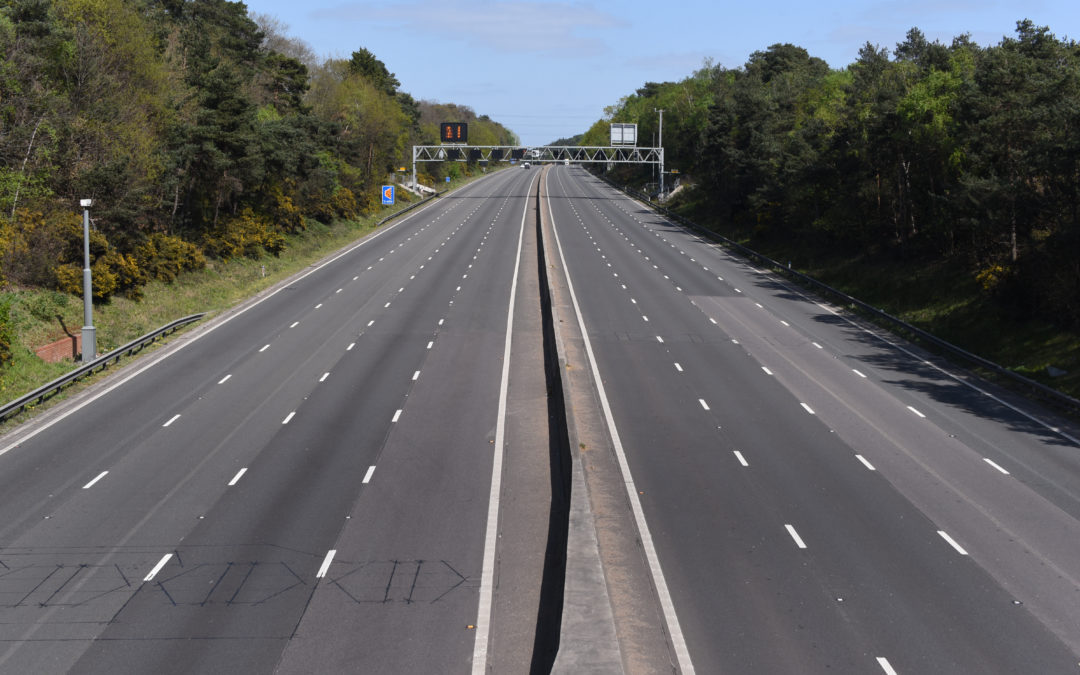 In the last three months, we’ve seen the biggest crash in carbon emissions since records began.

No war, recession or previous pandemic has had such a dramatic impact as COVID-19 in just a few short months.

A study published in the journal Nature Climate Change shows that daily emissions decreased by 17% globally during the peak of the confinement measures in early April compared to mean daily levels ast year.

Those emissions will rise again as cars return to streets and motorways, but those few months of clean air and evening walks in the park seem to have caused a shift in our attitudes to carbon emissions.

For example in a recent survey, 45% of participants said that improved air quality during the lockdown has made them consider purchasing an electric vehicle.

In another survey, almost two thirds of Londoners said they would support the temporary provision of new cycle lanes after lockdown, while 57% said they’d support making the temporary cycling measures permanent.

And in recent weeks I’ve been following another interesting phenomena: the growing popularity of ethical investing.

“While investors fled many mainstream investment funds during the March sell-off, ESG funds – environment, social and corporate governance – based in the UK had overall inflows, according to Morningstar,

Investors piled a net £2.9bn into ESG investment funds in the first three months of 2020, making it the second-best quarter for such funds.”

That’s a significant test for these funds.

A few years ago they were seen as something of a faddish trend: a way for active fund managers to justify investing in companies and boosting their fees.

But I think there is good reason to believe that these funds will grow in popularity….

1. A change in attitude

The first catalyst, I believe, is a change in our attitude towards climate change.

Five years ago, there was very little appetite for acknowledging the enormous risks we were taking by continuing to ignore rising emissions.

But the message is finally getting through.

Last week Google announced that it will no longer work with the oil industry by supplying it’s artificial intelligence to search and extract fossil fuels.

The company bowed to pressure from it’s own employees, who were incensed by a Greenpeace report detailing 14 new contracts between three of the biggest tech companies — Google, Amazon, and Microsoft — and major oil firms.

Last January, the world’s biggest asset manager Blackrock, announced that they were putting sustainability at the heart of it’s strategy: increasing its sustainable assets 10-fold from $90bn today to $1tn within a decade.

“Climate change is different. Even if only a fraction of the projected impacts is realised, this is a much more structural, long-term crisis,” said Mr Fink.

“Companies, investors, and governments must prepare for a significant reallocation of capital.”

The scale of the task is enormous…

We are already fast approaching the CO2 levels in the atmosphere that governments have mandated as part of the Paris accord.

If we go beyond a threshold atmospheric CO2 concentration of 450 parts per million, we are likely to see a 2 degree rise in average temperatures, and a series of environmental disasters.

However there is also a growing appetite among governments, investment funds and the public to invest in ways to radically reduce carbon emissions.

And ESG funds could enjoy a boom as a result.

It also helps that the funds are performing well.

According to research from Charles Stanley, sustainable funds are far more likely to outperform the market than standard funds, whether over one, three, five or 10 years.

UK sustainable funds returned 9.1 per cent over the past five years, compared with a loss of -0.1 per cent for funds investing broadly across British stocks, the research finds.

Another recent survey from Oxford University’s Smith School of Enterprise and the Environment looked at 41 studies of “sustainability and its relation to financial market performance” and found that 80% of them showed that “stock price performance of companies is positively influenced by good sustainability practices.”

It also helps that we have seen a radical improvement in green technology in recent years.

In 1970, photo­voltaic cells could convert about 6% of the photons the sun beamed onto the panel.

But today’s paper-thin panels, gleaned from complex compounds of semiconductor material, can convert up to 25% of the sun’s light into electricity and the percentage is rising.

In fact, you might be surprised to learn that the amount of energy generated in the UK derived from solar power exceeded coal on almost 50% of all days over the past year.

Furthermore, when combined with wind, the UK has been generating more electricity from renewable sources than nuclear, gas and coal since 2017.

Aside from energy, there are a number of breakout technologies that could have a major impact on carbon emissions.

I’ve pointed to quite a few of them in previous issues of Monkey Darts.

2. Tesla and a new generations of batteries

Each of these stories is producing companies with huge enormous potential.

If you prefer not to invest in individual companies at a time like this, you could spread your risk and invest in the most attractive ESG funds: Moneyweek have suggested a few in their recent review.

By the way…I also think the popularity of these funds will cause serious distortions.

According to a study by Vincent Deluard, a director of Global Macro Strategy at INTL FCStone…

“The outperformance of ESG indices recently can be explained in part by what sectors it focuses on: ESG weights more towards the healthcare and technology, which have both outperformed the wider US equity indices over the past few years thanks to their higher returns-on-equity and relatively low capital intensity.

But the defining characteristic, by an “order of magnitude 100 times higher than any other input”, Deluard says, is that these companies also have far fewer employees than the Russell 3000:

“ESG’s bias against humans is probably unconscious, but it is a feature, rather than a bug. Companies with no employees do not have strikes or problems with their unions. There is no gender pay gap when production is completed by robots and algorithms. Biotech labs where a handful of PhDs strive to find the next blockbuster molecule have no carbon footprint. Financial networks which enjoy a natural monopoly in processing payments can have the luxury of ticking all the boxes of the corporate governance checklist.”