Disorder and chaos could spark a surge in gold and silver 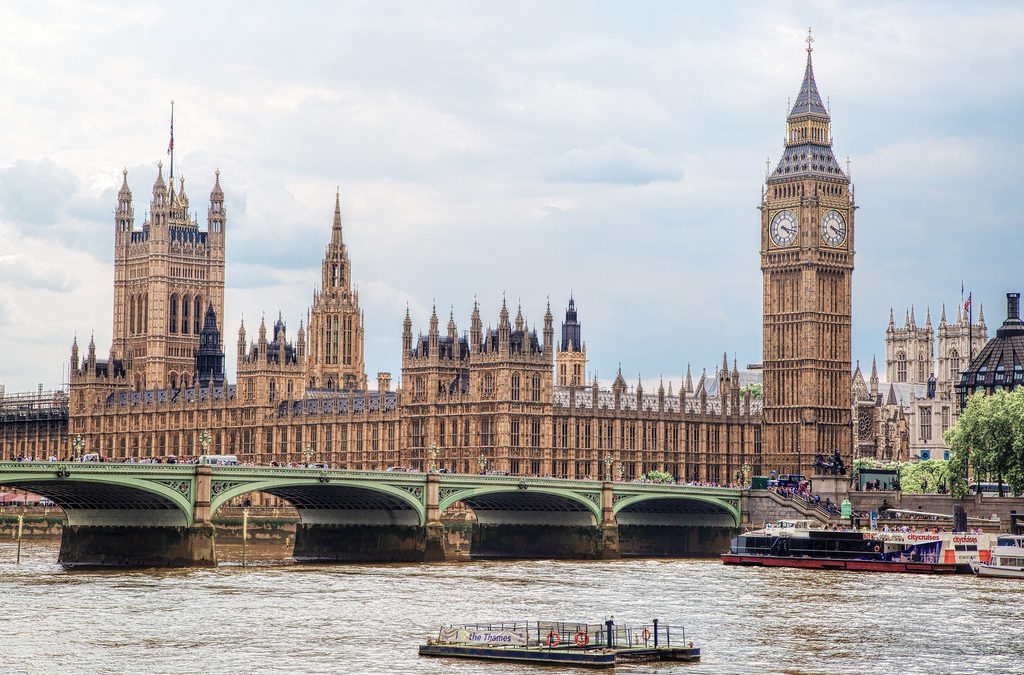 You know things are bad when the Queen is used as a pawn in political power struggles.

The divisions Brexit is creating in Britain are getting deeper and deeper.

Between the Government and the Opposition…

Between Remainers and Leavers in the same party…

Between friends and family at Bank Holiday barbecues…

All around, emotions are intensifying.

And just a glance at the news is all it takes to see that tension is building.

Others talk of the ‘prorogation’ as an “assault on democracy” …

And a callous attempt to scupper MPs’ attempts to prevent a No Deal exit.

Some MPs are even vowing to revolt if the prorogation goes ahead:

“If Boris shuts down Parliament to carry out his No-Deal Brexit, I and other MPs will defend democracy. The police will have to remove us from the chamber.”

There’s talk of inciting “people to take to the streets” from one Shadow cabinet member.

Other Opposition MPs labelled Johnson a “tin-pot dictator” and accused him of staging “a very British coup”.

And “hard left” campaign group, Momentum, is urging followers to ““protest, occupy and blockade” at demonstrations set to be held in cities across the UK on Saturday”, reports the Telegraph.

Meanwhile, Tory party members are quitting their positions in protest at the Prime Minister’s action.

First, the leader of the Scottish Conservative Party, Ruth Davidson.

And then the Government’s chief whip, Lord Young, who said Johnson’s move “risks undermining the fundamental role of parliament at a critical time in our history”.

Who’s next, I wonder – and will they go of their own doing… or be pushed?

And it’s not just politicians voicing their disapproval and fears.

Ordinary people are mobilising, too, in reaction to this latest turn in the Brexit saga.

Protests have been welling up around the country.

Thousands of angry people gathered outside Westminster on Wednesday to denounce the Prime Minister’s action.

And the hashtag #stopthecoup has been trending on Twitter…

This isn’t normal behaviour. And these aren’t like normal times.

The question is: will things get worse?

There’s undoubtedly a sense that the nation is on tenterhooks… almost as though something could push it to breaking point.

And as Boris moves towards his sworn goal to leave the EU by 31st October, with or without a deal, the tension increases.

The fear of what could lie ahead

It’s something I saw as I was looking at The BMJ website for research totally unrelated to Brexit.

In case you didn’t know, The BMJ was formerly the British Medical Journal, one of the world’s oldest general medical journals.

It publishes research on anything and everything to do with health.

How does all that fit in with Brexit?

Well, I came across a piece of The BMJ’s analysis titled Assessing the health effects of a “no deal” Brexit.

The BMJ wants the government to spell out what threats No Deal poses for health.

By the authors’ admission, it’s a tough job to make that kind of assessment. So, they offer their attempt to begin the process.

As you can imagine, there’s a lot in there about how government finances (post-Brexit) might impact on the nation’s health.

Poor finances, the report points out, would have “consequences for areas as diverse as welfare, industrial policy, local government, social care, and the NHS.”

A country needs a strong economy “to provide the economic security that is the basis for good health and for paying for public services, such as the NHS”.

But a No Deal Brexit could well push the British economy into recession.

Unemployment would rise. And the value of sterling in the forex market could plummet, causing soaring prices on imported goods.

In short: not positive.

But it wasn’t the potential shaky government finances that caught my eye.

It was this possible threat The BMJ cites:

“Loss of societal norms, such as trust in government, that could pave the way for civil disorder, especially in the face of shortages of food and medicines. Related to this is the threat, recently highlighted by the police in Northern Ireland, of increased violence there as paramilitary groups exploit community tensions encouraged by Brexit.”

Well, yes. I think there’s already a substantial loss of trust in this government.

Whether Boris can turn that around and salvage some kind of deal remains to be seen.

The FT reports today that he intends “to “step up the tempo” of talks in Brussels to secure a new Brexit deal, as he attempts to avert a defeat at the hands of Labour and pro-European Conservative rebel MPs at Westminster next week.”

But there’s still a lot of difference between what the UK and EU wants, not least the Irish backstop.

If Boris fails and we crash out of Europe without a deal, there will be a major dent in trust for the government. Resentment, hatred even.

And yes, if the food and medicine supply is hit, then we can expect civil unrest in our cities.

The Government is even preparing for it, according to the leaked report on Operation Yellowhammer.

Yellowhammer is the codename for the Government’s preparations for a No Deal exit.

It states that there may “be a rise in public disorder and community tensions”.

The report talks of this happening in the event of a No Deal Brexit.

It could even start happening before the event, as tensions build, opinions clash, and people fear what could lie ahead.

Let’s not ignore the fact that there is a simmering unease bubbling away in many countries around the world right now.

Since then, the movement has been replicated around the world for different causes.

Usually the protests are intended to be peaceful.

But these events can and do flare up as demonstrators clash with police and anti-demonstration members of the public.

Earlier this month, police used water cannon and tear gas on anti-globalisation protestors at the G7 summit in Biarritz.

And increasingly violent protests have swept across Hong Kong this year in reaction to the erosion of political freedoms by the Chinese government.

How long before reports of anti-Trump protests in America start hitting the news as he ratchets up his campaign for re-election?

Trump will be relieved about yesterday’s impressive stock market rally on the back of another apparent breakthrough in trade negotiations with China.

But the threat of US recession is real and perhaps unstoppable.

If investors figure that out and decide to pull their money out en masse, there will be carnage in stock markets.

Not just in the US, but around the world.

Assets that thrive in times of chaos

The price action in gold and silver suggests investors are at least making some provisions for a bad outcome.

And silver took out a level last seen in April 2017.

These metals thrive in times of chaos, both political and economic.

Right now, both are building.

And the ‘chaos’ hedges are responding as expected. Stay with them, there could be much more upside to come.

If things get ugly for the UK due to a No Deal Brexit and the pound collapses, we could see record highs for metals in sterling terms.