Don’t Relax Yet: China’s “Digging in For A Long War” 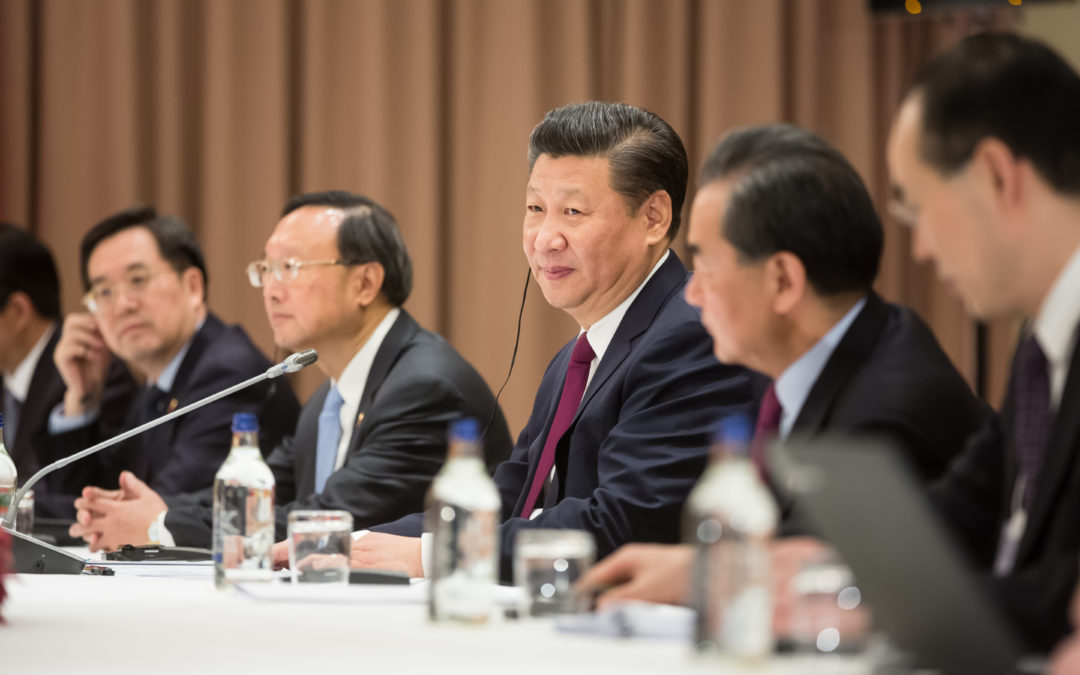 Things have been looking good for the stock market.

And the VIX index, which measures investors’ expectation of volatility, is bumping along near multi-month lows.

What that suggests is that investors don’t see anything bad coming along to derail the stock market.

And they’re turning a deaf ear to the political crises brewing around the world.

What it says is that investors believe that the only way for stocks is up.

This continuing complacency of ‘mainstream’ investors is a dangerous thing.

I call them ‘mainstream’ investors because stocks are the traditional asset class most ordinary people use to grow their wealth.

But if there’s one thing that’s proven time and time again about markets, it’s that complacency eventually gets punished.

Think back to the market crash in 2000, sparked by the dotcom blow-up.

At the time, most investors (‘The crowd’) thought nothing could ever stop the market rally.

Stocks generally had been in a raging bull market since the 1990, fuelled by low interest rates

And the technology-heavy Nasdaq index had been running on steroids, rising even faster than the main market indices.

Near the end of it, the prevailing ‘wisdom’ of the crowd was that you could invest in any tech stock (especially ones with ‘.com’ in the name) and it would go up.

And for a while that madness continued.

But eventually, news of Japan’s economy entering a recession sparked a sell-off that hit not just the Nasdaq, but stock markets worldwide.

That meant carnage for the people who’d been ignoring the warning signs of the time and pouring money into the market, as though nothing could ever go wrong.

By the end of the downturn in 2002, $5 trillion of US market value had been wiped out since the peak.

But tech investors were hit hardest, with the Nasdaq losing 78% of its value.

It’s different, but it’s the same

You might say that things are different now to how they were then.

That the dotcom thing was a market mania that ended in a massive bubble, whereas today is merely a rising market.

And that back then, interest rates were rising, whereas today they’re falling.

You could even point out that in 2000/2001, company valuations were grotesquely overstretched in terms of price compared to earnings… whereas today’s aren’t.

And all of those things are fair enough up to a point.

But it’s exactly because things ARE different that is the problem.

OK, so there’s been no rapid acceleration to the current market that suggests mania.

Still, this is the longest-running bull market in history.

And there hasn’t been a substantial correction since December last year, the last time the Fed raised rates.

That was a 19% fall, but there was no period of consolidation. No sign of investors licking their wounds and reassessing.

The market bounced right back and by February, it was above the pre-correction December highs, as though it never happened.

Which means there’s another correction due to take the heat out of the market again.

Relying on the Fed

Right now, investors are banking on the Fed keeping rates low. That makes it cheaper for companies to borrow and therefore can allow them to grow.

But you’ve got to ask yourself WHY the Fed switched to lowering rates when in December it was talking about raising them in 2019.

And why is Donald Trump lambasting the Fed for not lowering rates enough? He says they should be slashing rates by 100 basis points… not just 25 as the Fed did earlier this month.

The reason for the Fed’s U-turn and Trump’s demands for the Fed to cut harder is that they BOTH know the US economy is stalling.

“The U.S. economy grew more slowly in the second quarter, updated figures confirm, and is slow growth is expected to persist through the end of the year largely because of the festering trade fight with China.

“A look in the rear-view mirror shows the economy began to slow in the spring despite robust consumer spending. The road ahead doesn’t look much different.

“Economists polled by MarketWatch predict the U.S will grow about 2% in each of the final two quarters of 2019.

“The biggest drag on growth is the ongoing trade fight with China. Unless that’s revolved soon, the U.S. economy is likely to remain constrained. The dispute has sapped exports, manufacturing, farming and business investment. A potential effort by Democrats to impeach President Trump won’t help.”

Economists are forecasting 2.5% full-year growth for the US economy, which is down on Trump’s 3% target – hence why he wants the Fed to up its game.

Is there an end to the trade war in sight? Investors seem to be betting that there is.

Beware: A “long war” ahead

There’s a meeting planned in Washington between US and Chinese trade officials. And investors are hoping something positive will come of that.

CNBC reports that Trump said on Wednesday that “a U.S.-China trade deal could arrive sooner than expected”.

I’m not surprised he’s put that message out, are you?

The news this week is that Trump is facing impeachment – and that’s a major threat to the power he craves.

So, rushing out a positive trade war story is a calculated move to deflect from that… and to drum up voter support ahead of next year’s election.

But it takes two to make a deal.

China needs to be willing to meet Trump’s demands.

We’ve been here before many times. It’s what keeps the stock market rally live.

But if nothing comes of these October talks, the market will take another step back.

And that’s likely, according to Ben Steil, director of international economics and senior fellow at the US Council on Foreign Relations.

“I think the Chinese are digging in for a long war here. I don’t think you’re going to see significant concessions from the Chinese side before the next election in November 2020. You may see some token cosmetic concessions from both sides as they try to palliate the market, but I think we’re a long way away from resolution of the fundamental differences between the U.S. and China.”

The Fed knows this. Trump knows it. And other central bankers know it too.

This might keep investors complacent for a while, knowing central bankers ‘have their backs’.

That’s when stock market investors will rush for the exits – and head for safe-haven assets such as gold.

We don’t know when or even if that will happen.

But a bit of smart asset allocation to protect gains already achieved in overbought stocks and mitigate potential risks seems like a good idea.