Drowned World: How to protect our cities from rising sea levels 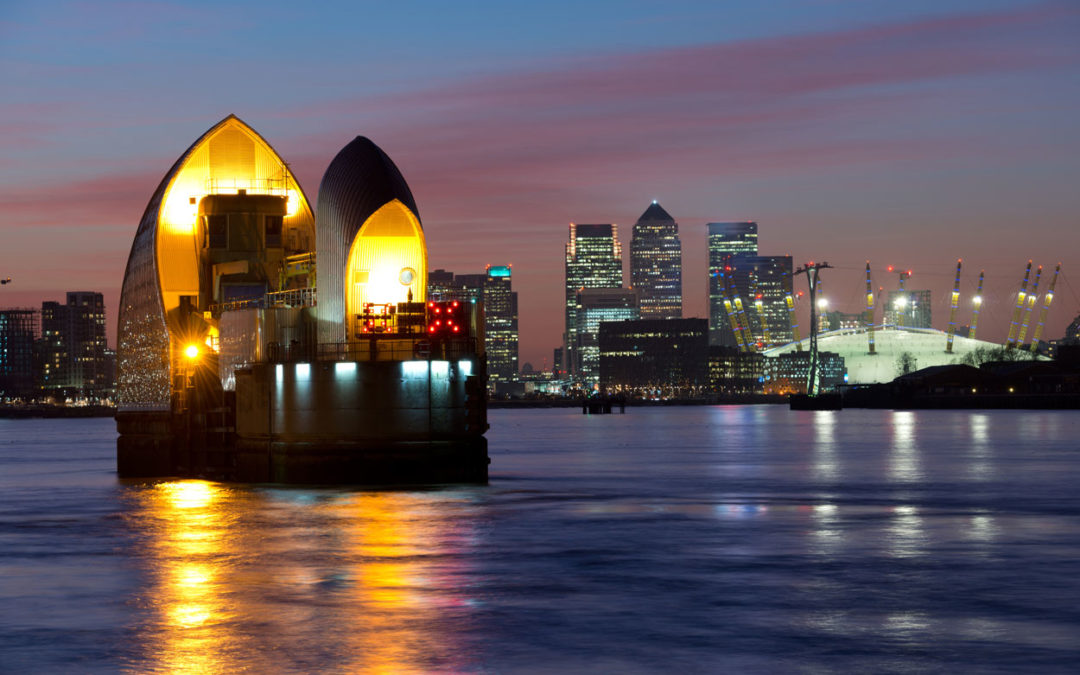 London is a city that has been flooded many, many times.

Before the sewage system was built in the 19th century, the streets along the river banks would rush with water whenever the tide was too high.

When the embankments were breached in 1928, a flood rose above the parapets in Westminster and surged through the streets of Millbank, drowning 14 people.

During the North Sea floods of 1953, the East End, Canning Town and Canvey Island were submerged, drowning 58.

That event inspired City planners to build the Thames Barrier, which has gotten plenty of use as storm surges and strange night tides have rushed in over the last decade.

In fact, London is increasingly a city under threat of major flooding.

London’s sinking problem is partly a vestige of the last ice age when glaciers that weighed Scotland down and lifted up the south like a seesaw melted and reversed the effect.

But there is also climate change…

As the ice caps melt, we need to get comfortable with the fact that cities like London, and for that matter, Liverpool, Glasgow and other river cities across the UK, all face a bleak future of flooding and disaster if major new flooding systems are not built.

We are not alone in this problem, of course.

Houston is sinking as the oil wells beneath it are depleted.

Shanghai is sinking under the weight of its buildings.

Bangkok’s government published a report three years ago warning the city could be underwater in the next 15 years, sinking due to water extraction and heavy buildings pressing into the sediment.

Manila in the Philippines; Jakarta, Indonesia; Lagos, Nigeria, and Dhaka in Bangladesh are all also threatened by subsidence, groundwater extraction and a lack of adequate drainage.

The World Economic Forum, in their latest risk report, warn that…

“Already an estimated 800 million people in more than 570 coastal cities are vulnerable to a sea-level rise of 0.5 metres by 2050.

The mean sea-level rise between 1901 and 2010 was 1.7 millimetres per year (mm/y). Between 1993 and 2010 it was 3.2 mm/y. Global sea levels will continue to rise through the 21st century and beyond, owing to increased oceanic warming and loss of glaciers and ice sheets.

In a vicious circle, urbanisation not only concentrates people and property in areas of potential damage and disruption, but it also exacerbates those risks—for example, by destroying natural sources of resilience such as coastal mangroves and increasing the strain on groundwater reserves.

The sea-level rise then amplifies the impact of storm surges, as it takes a smaller surge to produce the same extreme water level.”

It may seem like a problem that we have time to deal with.

But there are some very immediate concerns for anyone living in these cities.

In the United States, more than 4,000 miles of underground fibre optic cable and 1,100 nodes are projected to be underwater within 15 years, with New York, Miami and Seattle at greatest risk. Unlike submarine internet cables, these are not designed to be waterproof.

Or think about the impact on railways…

Researchers predict that a 4.5km stretch of coastal railway in the United Kingdom would be disrupted on 84 days each year with a 0.55 metre sea-level rise, which is very likely.

In the United States, a study found that between 2005 and 2017 sealevel rises wiped US$14.1 billion off home values in Connecticut, Florida, Georgia, New Jersey, New York, North Carolina, South Carolina and Virginia.

The greatest economic impacts will be concentrated where sea-level vulnerabilities interact with high-value property.

Just four cities will account for 43% of average annual losses from rising sea levels, according to the WEF. These are Guangzhou, Miami, New Orleans and New York.

How can we prevent these disasters?

Well there are a number of cities we can learn from.

Tokyo has built cavernous underground cisterns (pictured) to the north of the city in a determined effort to prevent its city from flooding. 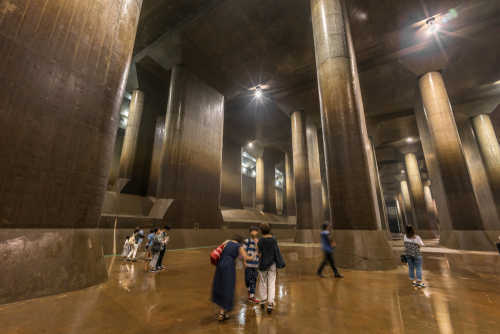 The cisterns are linked by tunnels that divert water away from the most vulnerable floodplains – a $2 billion underground anti-flood system that was completed in 2006.

But even that may not be enough.

In the last century, parts of the city have sunk 15 feet.

Meanwhile, rainfall measuring more than two inches an hour has increased by 30 % over the past three decades, the Japan Meteorological Agency estimates.

So even Tokyo will need to invest in heavily in flood protection. And other cities are being forced to take extreme measures too.

There are three main strategies emerging…

The first involves “hard” engineering projects to keep water out of cities, such as sea walls, storm-surge barriers, water pumps and overflow chambers.

The second involves nature-based defences—for example, conserving or restoring mangroves and salt marshes—or seeking to shape how floods will affect cities, rather than always trying to prevent them.

The Netherlands is at the forefront of coastal adaptation because of its existential exposure to rising sea levels—two-thirds of the country is vulnerable to flooding.

There are a number of companies taking on big contracts to stop cities from being buffeted by aggressive storms.

As McKenzie Funk points out in his fascinating book, Windfall: The Booming Business of Global Warming…

The Israeli firm IDE is using its desalination technology to build snowmakers for ski resorts in the Alps that are endangered by warmer winters.

I think water irrigation is an interesting part of this story.

I follow one company that is helping farmers and major cities to build better water systems and protection against flooding.

More on that investment story in the coming weeks.

Then there is U.S-based Opti has developed technology that helps cities predict flooding, and better control where rain water is diverted and stored.

Their software monitors weather forecasts and predicts how water levels in retention ponds should be adjusted.

As a big storm approaches, the Opti system will remotely open a discharge valve and drain ponds to make room for the expected rainfall.

When the rain stops, the system will gradually release excess water in a way that doesn’t overwhelm nearby rivers.

Hydro make huge hydraulic heads that can generate an air-filled pocket, or vortex, that can control the flow of water closer to the source of rivers.

This “vortex technology” is used in the White Cart Water flood alleviation scheme in Glasgow and seems to be working well.

The Government has already committed £2.3billion of capital investment for some 1,400 flood defence schemes to protect 300,000 homes as part of the National Infrastructure Plan.

This looks a promising and vital area for investment.