Has Tesla run ahead of itself? 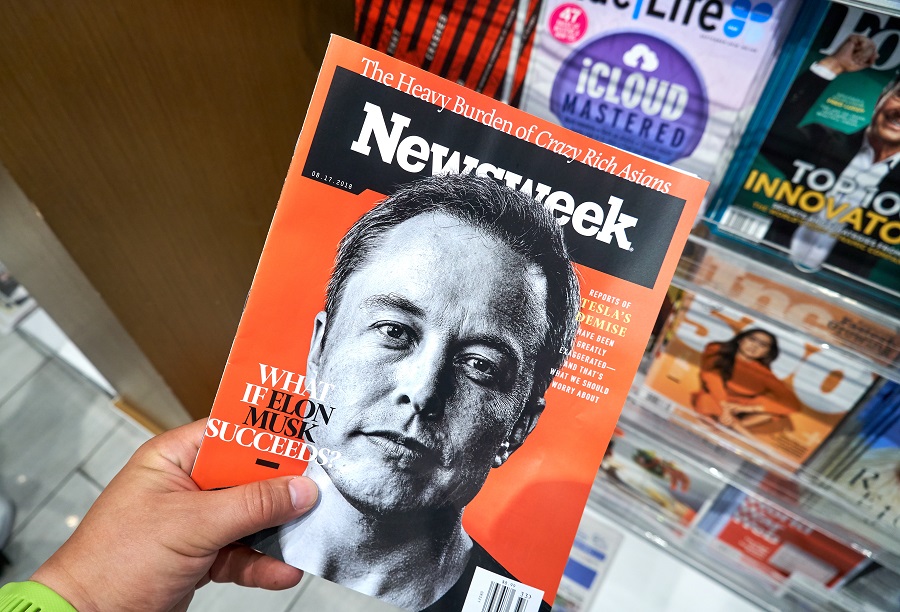 Robert’s been right on the money with his Tesla call.

When he wrote that on 24th March, Tesla’s stock was beaten down along with everything else.

It was the depths of the Covid market sell-off.

Robert wrote at the time:

“One of the shares that has been hit hardest during the stock market rout is Tesla. Peak to trough the shares have fallen 60%.”

But he gave three reasons Tesla looked like a great contrarian buy at that beaten down price.

And to be honest, Robert couldn’t have timed his call much better.

The shares had bottomed out and were on the rise.

You can see that… and what happened next… on this chart:

In the five weeks since Robert wrote his piece, the Dow Jones Industrial Average has risen 38%.

That’s impressive enough for the benchmark US stock index.

The Nasdaq 100 index – in which Tesla is included – has done even better, up 46% in the same period.

But it’s nothing compared to Tesla stock itself…

And from what I can see, Tesla seems to be delivering on its promises to investors – for one, it’s growing fast.

For example, Toyota made 2.4 million cars in the first quarter of 2020.

But investors are prepared to pay up for Tesla’s growth potential in a rapidly expanding market that is set to upend the traditional car market.

According to the Morning Brew financial email:

“Electric vehicles are expected to dominate the auto market in coming years – BloombergNEF predicts 58% of passenger vehicle sales worldwide will be electric in 2040. And Tesla, with its estimated 60% share of the U.S. EV market, is well-positioned to capitalize, having built a significant advantage in areas where traditional automakers struggle.”

It’s clear that the appetite for electric vehicles globally is growing… and that’s coming through in Tesla’s numbers.

And yesterday the company released its second quarter numbers and revealed it had delivered 90,650 vehicles.

Although that was down some 5% on the same time last year, it was substantially more than the 80,000 analysts had been predicting.

And as the FT reports, “that’s a strong showing relative to the declines other automakers sustained due to the global pandemic that decimated vehicle demand in key markets.”

According to CNBC, coronavirus wreaked havoc on the car industry, as dealerships and factories were shuttered and consumers stayed at home.

Second quarter sales in the US for Toyota, Fiat Chrysler and GM plummeted by more than 30% compared to last year.

So, you can see that Tesla’s 5% drop was small in comparison – and a far better performance than analysts were expecting.

Not surprising then, that the market went nuts!

Tesla stock was up almost 8% yesterday – making it the most valuable car manufacturer in the world.

In fact, according to the Morning Brew financial email, “Tesla is now more valuable than Honda, Ferrari, BMW, GM, Nikola, and Nissan…combined.”

Buy when there’s blood on the streets

In short, Robert made a great call for buying Tesla stock when he did…

In true contrarian style, he used the “blood on the streets” approach.

When pessimism about the market was at gut-wrenching levels, he saw an opportunity to buy.

And he’s been rewarded with a swift 181% move higher in the stock.

But whether it’s smart to keep buying at these levels, is another question.

After a 22% run-up in the last three days and 44% in the past month, it wouldn’t be unrealistic to expect some consolidation in the price and even a pull-back.

When it comes to price chart analysis, often with breakouts above key levels, there is a move back lower to “test” the previous resistance level.

In Tesla’s case, that level is $1,000, which it broke on Tuesday. So, perhaps there will be a move back to test that level. Maybe not – maybe the momentum will continue!

The future is EVs

As for the fundamentals, I’m no Tesla expert.

But I totally get why investors are excited about the electric vehicle proposition. And why Tesla is the stock getting all the attention.

It does a far better job than the old petrol one I had.

It’s much quieter, too.

And I don’t have the risk of tripping over a cable, as I saw my battery-sceptic neighbour doing earlier in the week with his trusty Flymo.

Plus… it gives me the feel-good factor of not using fossil fuel which damages the environment. Great news for my eco-obsessed children.

It’s the same kind of sentiment that is driving the electric vehicle market.

And I’ve test driven electric and hybrid cars several times and even sat in a Tesla Model S more than once. (I’ve even just booked a test drive!)

One day I know I’ll make the switch, along with millions of others, away from petrol/diesel to the cleaner battery-powered options.

And in the years ahead, there’s likely to be a push in that direction…

Governments in many countries around the world are already committed to lowering carbon dioxide emissions.

“A new report by Cairn Energy Research Advisors, a research firm focused on the battery and EV industries, predicts a surge in electric vehicle sales in 2021 as countries around the world push new programs to encourage consumers to buy battery powered vehicles. Cairn estimates global sales of EVs in 2021 will jump 36% and top 3 million vehicles for the first time ever.”

The company says there is “pent-up demand” for electric vehicles.

This is especially the case in Europe, which Cairn predicts will see the biggest growth in EV sales.

For example, “in announcing a new bonus for people to buy an electric car, France President Emmanuel Macron said he wanted France to become the top producer in Europe of clean vehicles.”

There is also huge and growing demand in China, the world’s largest market for electric vehicles.

Analysts at Wedbush Securities say “we continue to believe EV demand in China is starting to accelerate with Tesla competing with a number of domestic and international competitors for this market share.”

This growing demand in China, Europe and the US points to huge expansion in the electric vehicle market.

And from what I know, Tesla is way ahead of the competition in terms of its technology and battery performance.

It points to the potential for a good long-term investment.

But I can’t help feeling that one of the primary reasons for the recent surge in Tesla and the wider market in general is the liquidity being pumped in by central banks.

If the Fed removes some of that support, the market could drop.

And in that scenario, it’s high-beta stocks like Tesla that could take a substantial hit.

Personally, I wouldn’t be buying at these levels.

But I might consider a substantial pull-back as a great opportunity.