How asset prices are being driven by these “market magnets” 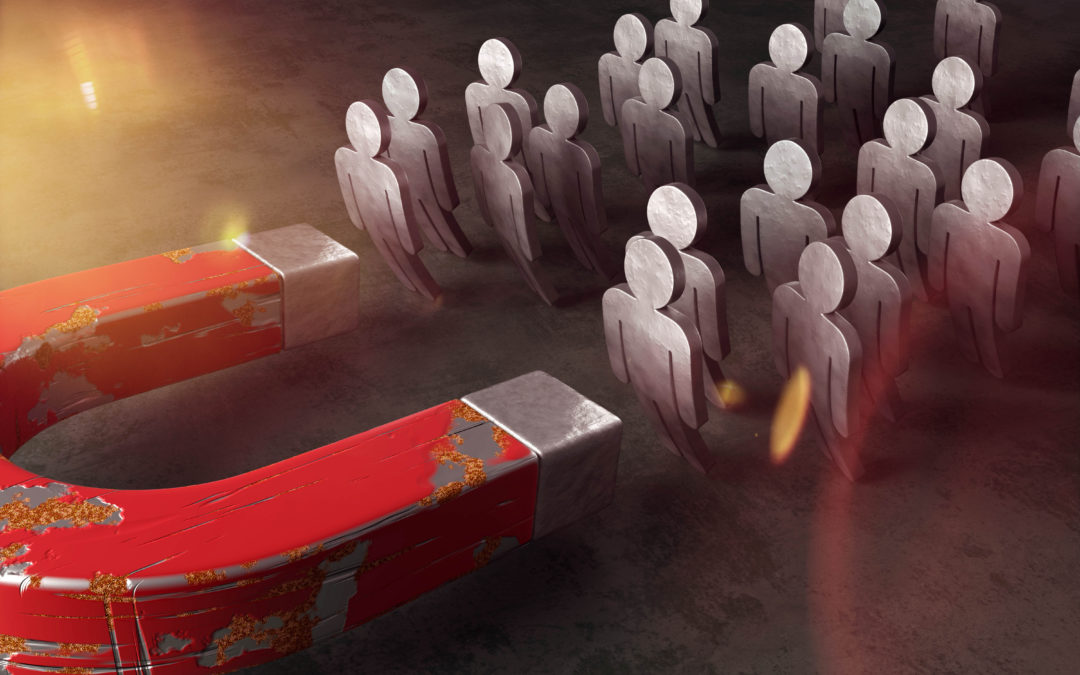 When you read about big moves in gold and silver, it’s based on their price in dollars.

That’s because gold and silver and other precious metals are priced in dollars on the commodities exchanges.

So, when describing the general picture for gold, it makes sense to use the globally accepted price metric.

And when you hear about the gold price breaking through $1,500 an ounce for the first time in six years, you know it’s important.

That happened on 7th August.

Since then, it’s been back below that important level. And then back above it again this week. And back down.

These levels act like a magnet for the price as the bulls try to push it higher… and the bears try to drag it lower.

You can see it with Bitcoin just now… with $10,000 being the magnetic level for the past couple of months since it broke above it in June.

Bitcoin bulls are trying to push it higher… but there’s sufficient selling pressure to keep a lid on it and the price comes back below $10,000.

Sooner or later, something will give and the price will lurch to a new magnetic level… that’s how markets work.

You can often see it in the forex markets, too.

And right now, 1.2100 is magnetic for Cable (the pound versus the dollar).

It’s a level that’s been important since just after the Brexit referendum in June 2016.

And it’s flitting around that level now… waiting to see how Boris Johnson and his team resolve the Brexit process.

Whether the pound heads higher towards 1.50 to the dollar… or lower towards dollar parity (1 = 1, where it’s never been before) … depends on the Brexit outcome.

Again, those are magnetic levels for Cable.

And we can expect to see it moving above and below that level in the weeks ahead.

At some point, something will happen to make it move more decisively up or down.

I suspect it will be up – and significantly so – for reasons we’ll look at today.

But for you and me, there’s an even more important level in gold right now.

It’s one that doesn’t get so much press coverage. We’ll look at that too in today’s letter.

It tells us that something important is going on.

Gold acts a bit like a barometer. Only it tends to rise when bad stuff is happening.

Or rather when investors and traders believe bad stuff is happening… or is going to happen.

And it often coincides with a stock market pull-back.

Indeed, gold’s move above $1,500 two weeks ago happened alongside an 800-point drop on the Dow Jones.

Investors were rattled by news of China allowing its renminbi to devalue against the dollar.

Donald Trump’s accusations of currency manipulation and threats of retaliation sent investors running from stocks and into gold.

There’s no end in sight for this trade war/currency war – and every chance things could escalate.

So, expect demand for gold to stay high.

Last week gold surged again as the Dow sold off once more.

If you read last week’s Monkey Darts, you’ll remember that was all down to the yield curve inversion.

As we saw, this weird situation of higher yields on two-year bonds than on 10-year bonds is well-known harbinger of recession.

And it’s a sign that investors are worried about the immediate outlook for the economy. Both here in the UK and in the States, as the yield curve inverted in both countries’ bonds.

By the way, there was another sign of investor nerves in the bond market…

In the very long-date US bonds – the 30-year Treasury – the yield fell below 2%.

Remember, in normal times you get a decent yield for tying your money up in a government bond for a long time.

You certainly want the yield you earn to stand a chance of making your money grow faster than – or at least equal to – inflation!

Otherwise, why do it? You may as well stick the cash under your mattress if it’s going to lose purchasing power.

But here we are with investors lending money to the government for 30 years in return for less than 2% per year.

What does it say?

It says investors have no confidence in what lies ahead for the economy and for stock markets.

So, they’d rather their money in what’s perceived as risk-free (the US government), even if it earns them virtually nothing.

They’re seeking safety for their money over returns on it.

And it gets worse.

According to Reuters yesterday, the German government is offering even less for investors prepared to lend it money for 30 years. In fact, it’s not paying them anything:

“Germany sold 30-year bonds with a negative yield for the first time at an auction on Wednesday, a milestone for a fixed-income market where the entire curve now yields less than zero.

“Bond yields across major markets have tumbled this year on worries about weak growth and speculation about central bank easing.”

Investors are afraid of the bad stuff ahead. So, they’re prepared to pay to save their money with governments!

My bet is that this is a theme that’s going to develop as bond yields in more and more countries fall to zero and below.

Which is why gold has been rising too.

And it could have a lot further to go, according to renowned investor and gold expert, Frank Holmes of US Global Investors.

Fels says: “It is no longer absurd to think that the nominal yield on US Treasury securities could go negative.

“Whenever the world economy next goes into hibernation, US Treasuries – which many investors view as the ultimate ‘safe haven’ apart from gold – may be no exception to the negative yield phenomenon.”

Negative yields on US government debt! That would be a huge development! And, as Frank Holmes explains, gold is responding accordingly:

“The price of the yellow metal had its best week in nearly two months as the total value of negative-yielding debt around the world touched a new record of $15 trillion. With the nominal yield on the 10-year Treasury having fallen below 2% – and just shy of 0% on an inflation-adjusted basis – gold traded above $1500 an ounce in US Dollars for the first time since April 2013.

“Gold also hit historic all-time highs when priced in a number of other world currencies, including the British Pound, Russian Ruble and Indian Rupee.”

And that’s an important point.

Earlier I said there’s a more important level for you and me when it comes to the gold price.

After all, we’re UK based investors (or most of us are).

So, whilst the dollar price is important in telling us the trend for gold, there’s a more important price when we talk about investing.

We want to know about gold priced in pounds sterling, don’t we?

If we invest our pounds in gold, is it growing?

It’s up 22% over the past year, with most of that gain coming in the past month since Boris Johnson took over.

Investors are taking the view that Johnson’s plan to exit the EU, with or without a deal, is bad for the pound.

Right now, the key ‘magnetic’ level for gold in sterling terms is around £1,200.

That’s an important technical price level that has recently been breached. So, there’s a good chance that the price will fluctuate around that level a while.

But sooner or later there will be a trigger that will make the price move significantly higher or lower.

More than likely, that will be tied into what happens with Brexit… and how sterling reacts to that.

But there’s a good chance there is plenty of upside to come.

“The rising possibility of a turbulent British break from the EU, which has hammered the pound, has also triggered a wave of gold buying that helped push prices higher everywhere.

“Unless and until we’ve got a degree of clarity on Brexit, the only way is up,” said INTL FCStone analyst Rhona O’Connell.

“The rise to power of Boris Johnson, a leader of the 2016 Brexit campaign who has become steadily more hardline in his negotiating stance with the EU and now promises a “do or die” exit by Oct. 31, has been accompanied by massive gold purchases by institutional UK investors.”

Well, we don’t pretend to know how the whole Brexit story will end… or how markets will react.

What we do know is that it’s exactly this kind of uncertainty that calls for smart asset allocation.

It’s why you shouldn’t have all your wealth tied up in the stock market.

Consider spreading some of it into alternative assets such as gold, silver and even cryptocurrencies too.