How do we stop the coronavirus? 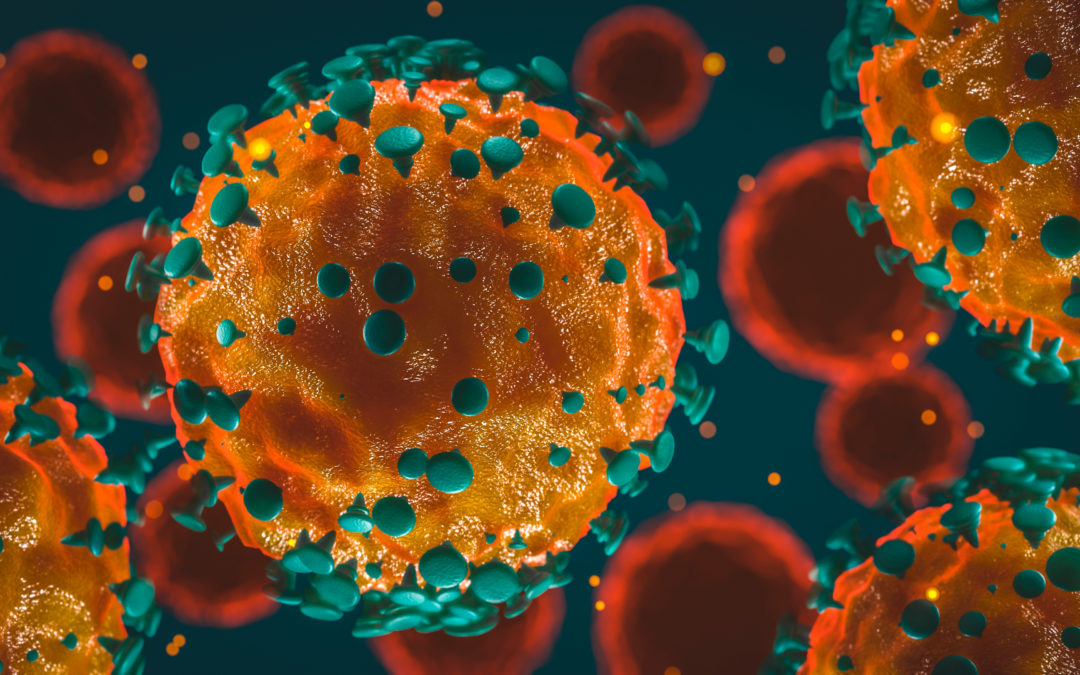 Each year the World Health Organisation updates the list of diseases that could cause pandemics.

This was a disease that would cause “a global pandemic, which would be caused by an unknown, novel pathogen that hadn’t yet entered the human population.

Disease X would likely result from a virus originating in animals and would emerge somewhere on the planet where economic development drives people and wildlife together.

Disease X would probably be confused with other diseases early in the outbreak and would spread quickly and silently; exploiting networks of human travel and trade, it would reach multiple countries and thwart containment.

Disease X would have a mortality rate higher than a seasonal flu but would spread as easily as the flu. It would shake financial markets even before it achieved pandemic status.”

UK could go into lockdown

Now that Disease X is here, what can we do about it?

Well it’s encouraging that the epidemic is slowing down in China. That suggests an initial outbreak could be contained, if we take extraordinary measures.

Right now, the government is facing difficult decisions. According to the latest update:

Meanwhile, 12 new cases of the coronavirus have been announced in England, eight of whom had travelled from Italy, and one each from Germany, Singapore, Japan and Iran.

The patients are from London, Hampshire, Northamptonshire, Bury, Wirral, Greater Manchester and Hull.

And there is reason to believe the virus may have been bedding in for some time. One study this week by the University of Washington concluded that the virus has already been present in the state of Washington for weeks, undetected.

Solution 1. We Need a Vaccine

So it would help if we had vaccine to contain this virus.

That will take some time. Realistically it is going to be mid-way through next year at best. There are vaccines being tested right now in animals, if that goes well there could be human trials later in the year. But even if scientists can celebrate having developed a vaccine before Christmas there is still the massive job of being able to mass produce it.

There a few experiments underway that might speed up that process.

Several companies are experimenting with new types of vaccines that involve injecting short strands of genetic material from the virus directly into people’s bodies.

The hope is this will produce viral antigens that we can use to produce vaccines as quickly as possible. Although such vaccines haven’t had major success in medicine yet, they are among the quickest varieties to create prototypes ofIt would help if we had vaccine to contain the virus.

One company, Moderna Therapeutics, said it had already shipped some doses of an RNA vaccine to US health authorities.

“We have never rushed to intervene on a pandemic in this time frame before,” says Stephen Hoge, the company’s president.

The computer model, which can screen more than a hundred million chemical compounds in a matter of days, was designed to pick out potential antibiotics using mechanisms we had never considered before.

In laboratory tests, the drug killed many of the world’s most problematic disease-causing bacteria, including some strains that are resistant to all known antibiotics.

That is very encouraging: this method could rapidly speed up the pace of discovering a vaccine.

In the meantime, doctors are making do with what’s available.

Doctors in Shanghai are among those trying plasma infusions.

Well a person who gets infected with a virus but beats it has blood swarming with antibodies to the germ.

And it’s been shown that collecting blood plasma from survivors and infusing it into another person can sometimes be life-saving.

While plasma is not certain to work, more than 27,000 people are already listed as recovered from coronavirus in China, so there could be an ample number of donors.

There are also existing medicines that could help contain an outbreak.

Although experimental, the injectable drug remdesivir, made by Gilead Sciences, is a broad-spectrum antiviral that Francis Collins, head of the National Institutes of Health, says he’s “optimistic” about.

The drug forms a misshapen version of a nucleotide that the virus needs to build new copies of itself, thus preventing it from multiplying.

According to the MIT Technology Review, “Remdesivir is a good prospect because it’s broadly active against viruses whose genetic material is made of RNA, like the coronavirus.

It works well in mice and monkeys infected with MERS (a related germ), although it didn’t help very much when it was given to Ebola victims in Congo starting in 2018.”

Escaping the “Age of Pandemics”

But as the world struggles to respond to Covid-19, says disease ecologist Peter Daszak, we risk missing the really big picture: pandemics are on the rise, and we need to contain the process that drives them, not just the individual diseases.

The Black Death spread into Europe in the mid-14th century with the growth of trade along the Silk Road.

New strains of influenza have emerged from livestock farming.

Ebola, SARS and now Covid-19 have been linked to wildlife.

At any moment, there are deadly ‘spillover’ microbes that await release from Asian food markets, equatorial forests or from insecure research establishments housing phials of deadly microbes, such as the Novosibirsk facility in Siberia, which houses smallpox viruses from Cold War days, and where a gas canister exploded and caused a fire on the fifth floor last September.

Scientists estimate that there are 1.67 million unknown viruses of the type that have previously emerged in people.

So discovering and sequencing them should be a priority says Daszak— a simple case of “know your enemy.”

Oxford Nanopore is a leader in low-cost DNA sequencing. It makes the MinION sequencer, a portable device that weighs under 100g and can plug into a laptop. Scientists in more than 70 countries are using it to monitor and quickly access viruses and diseases in labs.

In 2015 for example, Johanna Rhodes from Imperial College London relied on portable sequencers to identify the genetic makeup of Candida auris a multidrug-resistant fungal pathogen that had caused a massive outbreak in a London hospital.

The same year a research team from Birmingham University flew to Guinea and used the same technology to detect strains of Ebola in human blood.

In a few months they had sequenced 142 Ebola genomes producing results less than 24 hours after receiving an Ebola-positive sample.

The company recently shipped 200 MinION sequencers to China to assist with tracking and sequencing the coronavirus (it already supports 100 major labs).

Another way to do that is to deal with root causes of outbreaks.  Farming should be a focus of our attention, says Daszak.

Consider this statistic: in America 80% of antibiotics are not given to humans at all – they are given to farm animals.

Crammed together in minimal space and conditions that are hardly conducive to good health, the risk of infection is extremely high.

Rather than wait for it to happen, farmers go wild with the antibiotics.

Livestock raised for food in the US are dosed with five times as much antibiotic medicine as farm animals in the UK.

These antibiotics help “growing animals to digest their food more efficiently, to get maximum benefit from it and allow them to develop into strong and healthy individuals”.

As a result, they are also used in animal feed as “growth promoters”.

So, what can we do about this?

Well we could do away with cattle entirely: that was the subject of my last issue of Monkey Darts.

Another option is to make healthier, disease resistant animals.

There is where a company like Genus (LON: GNS) could be useful. Genus analyses the DNA of cows and pigs to select the healthiest parents and herds for farmers.

Their first big breakthrough came in 2015 when they bred pigs resistant to Porcine Reproductive and Respiratory Syndrome known as “blue ear” disease. This is a disease that has been ruining the swine industry.

It attacks immune cells in the lungs causing severe breathing problems in young pigs and reproductive failure in pregnant females.

By using gene-editing technology scientists were able to target and remove a specific gene – the CD163 gene – that’s vital in the development of blue ear disease. They were then able to create four distinct “elite populations” of male and female pigs that have been genetically fortified to resist Blue Ear.

And since then they’ve been working with the US Food and Drug Administration to obtain regulatory approval to commercialise the pigs in America.

It’s in China where Genus could really thrive. Recently the company entered into a partnership with Beijing Capital Agribusiness (BCA) to breed pigs resistant to blue ear.

Under the terms of the deal Genus will receive an initial cash payment of $20m and a further $120m to $160m following the creation a joint venture with BCA which is china’s biggest animal genetics group.

African Swine Fever will force Chinese authorities to clamp down on ‘back-yard farming’. When something similar happened in Russia Genus’ market share rocketed from 8% to 38%.

We’ll keep you updated on this crisis and how to stay ahead of it over the coming weeks.