How technology is turning us into modern-day hermits 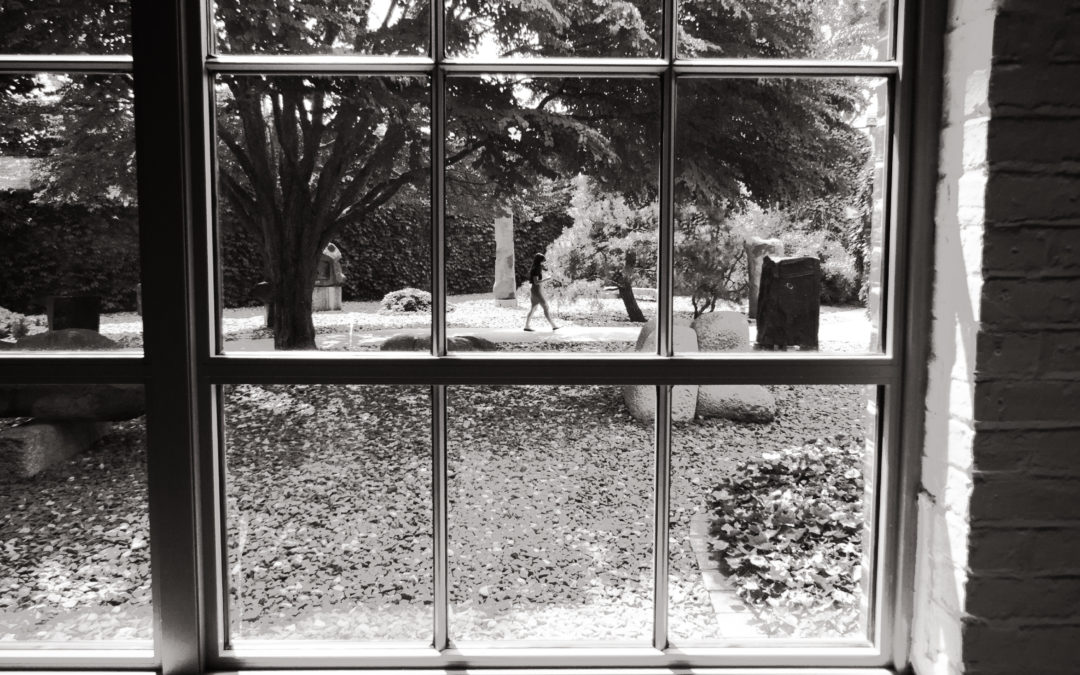 For Hayashi the low point came in her mid-twenties.

“I spent all my waking hours criticising myself… all I did was get up afternoon, eat, excrete, and breathe.

I had this terrible kind of fury I didn’t know where to direct, and I was always exhausted.”

Hayashi had become a shut in…or what the Japanese call a hikikomorii.

She is one of a growing demographic of recluses who withdraw from all social contact and often don’t leave their houses for months at a time.

Now in her thirties, Hayashi is thought to be among 1 million social recluses in Japan. 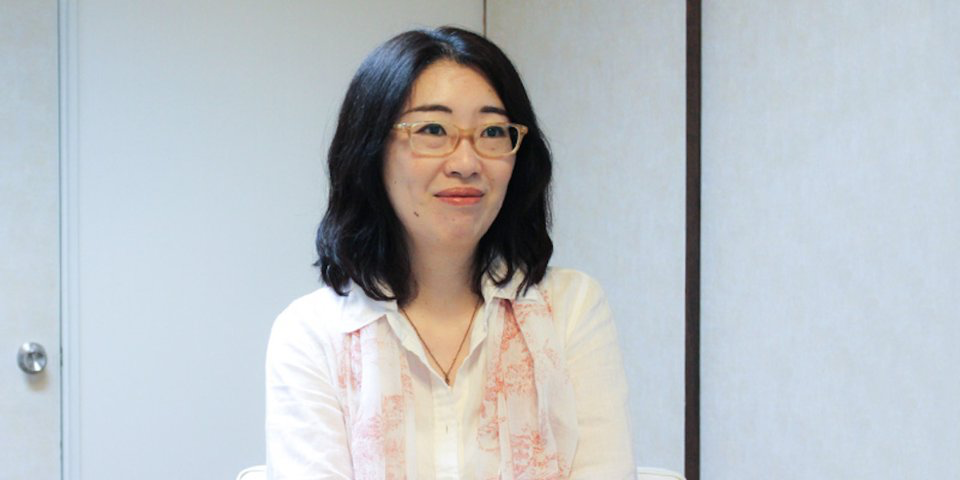 And this condition seems to be spreading.

Psychiatrists are reporting of cases appearing in the UK, Spain, Italy, France and elsewhere…

It seems that a growing sector of the population in every major city is withdrawing from society and committing to a life of splendid isolation.

Well it might have something to do with technology.

The term hikikomori was coined by Japanese psychologist Tamaki Saitō in his 1998 book Social Withdrawal: Adolescence Without End.

It detailed how an increasing fascination with videos games was drawing the young in a world of social isolation.

Many hikikomori are prolific internet and videogame users.

But that’s not the whole story.

The popular perception of hikikomori is that they are young people in their teens or twenties.

But many are in their 40s or even older.

In fact, about 613,000 people aged 40 to 64 are believed to fall into the category of recluses, according to a recent survey by the Japanese government.

And video games, internet addiction…these are just a few ways that technology is contributing to social isolation.

Recently, I’ve been delving into research on how technology is shaping our social lives.

And there is a disturbing story here…

One in which our experiments with technology are eroding trust in a number of subtle ways that are only beginning to understand.

Take the work of Cathy O’Neill, a data scientist who has been picking apart the role of algorithms in our public systems.

Her book Weapons of Math Destruction is well worth reading.

It details how algorithms are fermenting deep social divides in the US: locking consumers, inmates, teachers and investors into patterns of behaviour that further isolate them from society.

Take the use of algorithms in politics…

We’ve seen from Brexit and the US election how newsfeed algorithms have been feeding partisanship by allowing political operatives to target voters with information that plays to their existing biases and fears.

And it has massively contributed to an evolving political crisis in this county and elsewhere.

The same thing has been happening in law enforcement…
Take the case of PredPol, used by 50 police departments in the US and in Kent here in the UK.

O’Neill explains how this algorithm has boosted arrests by repeatedly steering officers into black neighbourhoods.

O’Neill details another algorithm that helps judges predict recidivism – or likelihood of re-offending – called LSI-R. It used information such as “first contact with the police” to help judges make prediction.

However, O’Neil pointed to the flawed nature of this input as young Black and Latino males made up 4.7% of the population of New York City in 2013, but accounted for 40% of stop-and-frisk searches.

Her point: these systems are reinforcing social distinctions and isolating populations further.

Then there’s the use of algorithms in the New York education system: which seem to serve the interests of those looking to radically reduce headcount in public services.

These algorithms are increasingly being used by authorities to assess teachers in the New York school system for example.

O’Neil presents a fifth-grade teacher who got an inexplicably low score on an evaluation and was unceremoniously fired.

A model was employed to rid the school system of ineffective teachers and gave poor scores to teachers whose students showed little improvement over an academic year.

The teacher discovered that her students had entered her class that year with artificially high scores and so it looked as if her efforts made little impact.

So she still lost her job.

In fact, these algorithms had been used throughout the public school system in recent years, arbitrarily ending a great many careers.

Isolation in the workplace

In Dan Schawbel’s book Back to Human: How Great Leaders Create Connection in the Age of Isolation, he argues that as technology becomes more pervasive in our lives, our interpersonal skills are suffering.

Contrary to the illusion that today’s workers are “highly connected” to one another, Schawbel’s book shows that most people actually feel isolated from their colleagues, and the main cause of social isolation is technology itself.

“One-third of the more than 2,000 employees surveyed work remotely, and they’re much less likely to stay at their company long-term.

In fact, only 5% of remote workers believe they’ll be working at their company for their entire career, compared with almost a third of the workers who never work remotely.

It’s a profound finding, because in the past decade the number of remote workers has increased by 115%.”

Or consider another factor…
The amount of time we are all spending in front of screens instead of communicating with each other.

We have no real idea how damaging all this screen time is, but there is growing evidence that is impairing our social skills..“Children who spent more than two hours a day looking at a screen got lower scores on thinking and language tests, according to early results of a landmark study on brain development of more than 11,000 children that the National Institutes of Health is supporting.

Most disturbingly, the study is finding that the brains of children who spend a lot of time on screens are different.

For some kids, there is premature thinning of their cerebral cortex. In adults, one study found an association between screen time and depression.

A toddler who learns to build with virtual blocks in an iPad game gains no ability to build with actual blocks, according to Dimitri Christakis, a paediatrician at Seattle Children’s Hospital and a lead author of the American Academy of Pediatrics’ guidelines on screen time.”

Finally, we have problems closer to home…

“The share of U.S. adults reporting no sex in the past year reached an all-time high in 2018, underscoring a three-decade trend line marked by an aging population and higher numbers of unattached people.”

Now this issue is not all down to technology.

The share reporting no sex has consistently hovered around 50%, and because that age group is growing relative to everyone else, it has the net effect of reducing the overall population’s likelihood of having sex.

Jean Twenge, professor of psychology at San Diego State University and author of iGen: Why Today’s Super-Connected Kids Are Growing Up Less Rebellious, More Tolerant, Less Happy — and Completely Unprepared for Adulthood, says that growing sexlessness among America’s 20-somethings is primarily attributable to partnering up later in life.

“There are more people in their twenties who don’t have a live-in partner,” she said. “So under those circumstances I think less sex is going to happen.”

Americans in their 30s, 40s and beyond, meanwhile, are much more likely to be married than those in their 20s.

But one final factor that may be affecting Americans’ sexual habits at all ages is technology.

“There are a lot more things to do at 10 o’clock at night now than there were 20 years ago,” Twenge said.

That may speak to the drop-off among the sexually active: The share of people who are having relations once a week or more now sits at 39%, compared with 51% in 1996.

How do we counteract these forces?

Well the Japanese have had a few decades to get used to this problem.

New Start runs a “Rental Sister” programme, where volunteers visit hikikomori’s houses and chat to them from the other side of their bedroom door to try to get them out. 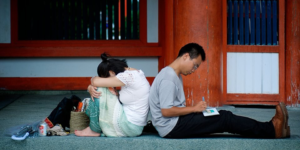 It usually takes a “rental sister” one to two years to coax hikikomori out their bedrooms, according to the company.

For the older population, the Japanese are investing heavily in companions…

Polls that show that 70%-80% of Japan’s elderly see no problem with being cared for by assistive robots.

Perhaps the best way to invest is to seek out a fund that is heavily invested in robotics and social technology.

The Baillie Gifford Japan (LSE: BGFD) for example, is heavily invested in such technology, which allocations to companies developing social robots and speaking cars.

And I’ll do my best in forthcoming issues of Monkey Darts to keep the conversation around technology going: alerting you to the latest opportunities, and the latest research.

For now…it’s probably a good idea to step away from the screen for a little while.

Maybe go have a conversation with someone.

Or take a walk outside.

Signing off for now…