How to Profit from the Graphene Revival 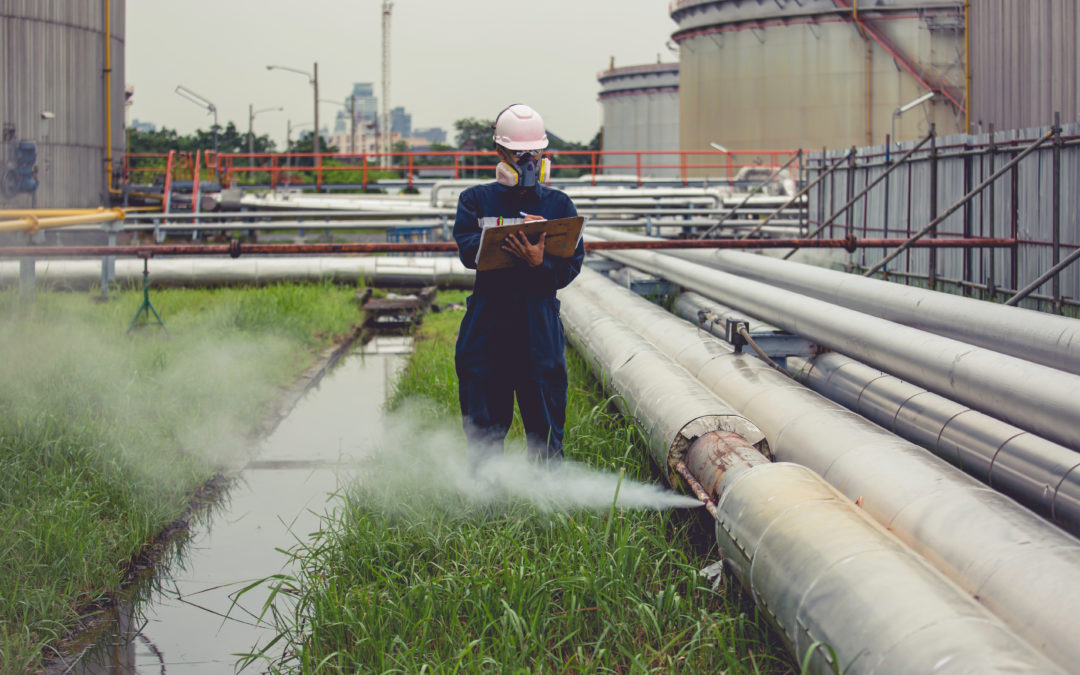 It is a scourge.  A brittle, reddish disease that eats away at every metal structure we put up.

The most familiar form of rust is the reddish coating that forms flakes on iron and steel, but rust also comes in yellow, brown, orange, and green.

And it causes a staggering amount of damage.

Every year, rusted oil and gas pipelines lead to billions in leaks and wasted materials.

Many bridges in major cities across America have fallen into a terrible state of disrepair.

Take the Brent Spence Bridge that crosses the Ohio River. 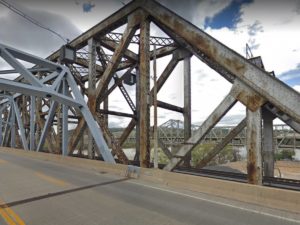 This week it was named among the “Most hated bridges in America”.

The bridge is creaky and rust stained. It is well known for traffic jams and car crashes.

Locals complain that whole chunks of concrete have fallen off the bridge on to parked cars on the road below, smashing windshields and terrorising drivers.

“I’m scared to drive over it,” Emily Essell recently told the New York Times. Every time she crosses the bridge she rolls down her windows so that she can escape if her car falls into the Ohio River.

In fact, according to the World Corrosion Organisation, corrosion causes nearly $2.5 trillion in damage to steel structures every year.

That’s about 3-4% of the annual GDP of an industrialised country.

Traditionally there have been several ways of dealing with this problem.

We galvanise steel with zinc, chromium and other metals to stop it flaking and rusting.

We use painted coatings.

But in deep water, or in pipelines that run through harsh environments, these measures only work for a while.

This is where graphene can help.

A coating of graphene on steel pipeline can seriously strengthen the structure.

It is a superb conductive material: which means it can slow down the electrochemical reaction that causes rust.

And it can also boost the adhesive quality of a protective coating: particularly in salt water.

In fact, Graphene is something of a supermaterial.

It is 200 times stronger than steel. It is more conductive than silicon. First discovered in 2004, it has been breathlessly hyped for years in the media and among materials scientists for its awesome properties.

But it has never really taken off.

After peaking in 2012, graphite prices experienced a long, slow decline due to the slowdown in the Chinese economy and a lack of demand for the material in western economies. 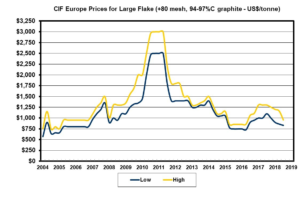 The issue was cost.

The few companies working in this field have struggled to find a way to scale up production of graphene at commercially viable price.

But in the last year that has changed.

A number of companies have found ways to combine graphene with other materials. And they are using it to strengthen clothing, steel, water filtration systems.

Four years ago, we were producing 40 tons a year. It was 800 tons last year. 1000 tons this year. And the use cases keep multiplying…

For example, graphene flakes are being increasingly used to radically improve plastics and rubber to enhance everything from golf clubs to running shoes.

Just a few months ago, an ultrarunner named Paul Tierney smashed the Lake District challenge in a pair of graphene-reinforced running shoes.

Tierney summated 214 peaks in the Lake District: a 318-mile challenge that involves a 36,000m elevation gain (equivalent to four times up and down Everest).

It was an incredible feat.

Tierney changed between two pairs of Innov-8 shoes – one for soft ground, one for hard. The shoes use graphene to make them 50 times stronger and more resistant to its non-graphene competitors.

According to the Composite Water Management Index (CWMI) report released in 2018, 21 major cities are racing to reach zero groundwater levels by 2020, affecting access for 100 million people.

One solution to that problem is to desalinate sea water.

Among graphene’s host of remarkable properties, its hydrophobia is probably one of the traits most useful for water treatment.

Graphene naturally repels water, but when narrow pores are made in it, rapid water permeation is allowed.

This had spurred several companies to use graphene for water filtration and desalination using graphene sheets (perforated with miniature holes) as a method of water filtration, allowing water molecules to pass while blocking the passage of contaminants and substances.

3. Computer chips that are 1000 times faster

Then there’s the use of graphene in computer chips. This is potentially the biggest use case for graphene.

On our current trajectory, the total volume of data generated by the global economy is likely to increase fivefold by 2025 <according to Cisco and IDC>.

And this is going to put huge pressure on the world’s computer infrastructure.

We need computer chips that are smaller more energy efficient and can process information at far faster speeds.

The use of new materials to augment silicon in semiconductors will be absolutely critical.

Microprocessors built using silicon transistors have been stuck at processing speeds mostly in the 3 to 4 gigahertz range since 2005. There’s a limit to the rate of signals and power these transistors can handle, largely due to the material’s resistance.

Recently a team of researchers from Northwestern University and the University of Texas at Dallas found a way through this limitation by using graphene instead of silicon.

They then applied a magnetic field to the graphene ribbon, which made them realize they could control the resistance of the flowing current through the ribbon.

The team’s graphene transistors improved the clock speed of microprocessors by a thousand times.

And they required a hundredth of the power required by silicon-based computers!

So how to profit?

The company has had a brutal time of it.

Floated in late 2013 at 155p shares in the Durham University spinout peaked just months later at 510p before collapsing to 34p today.

There have been two main challenges in turning research into graphene into commercial applications. The first is extracting graphene at a commercially viable price.

The second is to combine the individual layers of graphene produced in a way that can create much larger structures without affecting the core properties of the material.

That’s why the greatest short-term potential for graphene may be in the areas that don’t require a huge mass.

For example: in devising paints and coating that can increase both the strength and water resistance of pipelines and structures.

Or by making lubricants that can reduce friction, cutting down on wear and tear, and therefore increasing the lifespan of components.

This is where AGM could find a huge market.

It focuses on coatings and composites with a particular focus on anti-corrosion products.

As we know, rust is a problem that afflicts many industries. Cars are an obvious market and Applied Graphene is close to launching its first product in this field – an aerosol-based car paint primer.

But it is in harsher environments that this tech could be most useful. Oil rigs ships and wind turbines – all are highly prone to corrosion and a product that can prevent it would be in high demand.

Applied Graphene Materials is still loss making but it could be worth the punt as the graphene is increasingly used to fight the $2.5 trillion scourge of rust and corrosion.