If this happens, kiss goodbye to the bull market 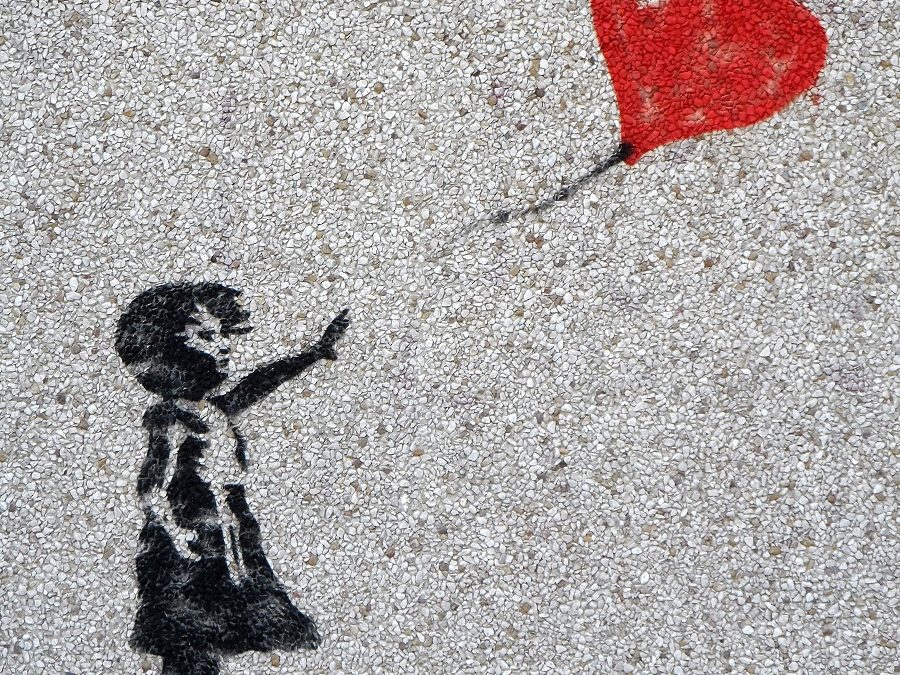 What’s the big news this week for UK investors?

It’s not that Sainsbury’s bid for Asda has been blocked by the Competition and Markets Authority.

At least, on the face of it that’s not too important – not yet.

After an ‘in-depth investigation’, the CMA concluded the merger would lead to less competition, reduced quality of produce and higher prices.

But according to Sainsbury’s boss, Mike Coupe, the deal would have led to lower prices.

If Coupe’s right, that’s something that would have been very welcome to UK shoppers right now.

But even more so as we head towards recession… which looks more and more likely to be coming some time soon.

According to the FT, the UK economy grew by just 0.3 per cent in the first quarter of the year.

That’s slightly better than the 0.2 per cent expected.

And things could get a lot worse…

With the real possibility of a hard exit from Europe, neither consumers nor businesses are confident about the outlook for the economy.

Earlier I was reading the results from a survey of construction companies.

And it reveals a distinct feeling of fear in the sector.

Of 104 small and medium-sized construction enterprises surveyed by Bibby Financial Services, more than half of them are bracing themselves for recession.

The survey found companies had “the gloomiest outlook since 2014”, according to industry website, Construction News.

These companies, whether they’re house builders or commercial or civil engineering firms, have years of experience of understanding the economic outlook and basing their investment activity on it.

If construction companies are scared about risking their money on building… we should take notice.

Bibby UK chief executive Edward Winterton said: “We typically observe a seasonal bounce in SME confidence at the start of a year, as businesses begin with renewed optimism.

“This year, the bounce was lower than ever before, highlighting how Brexit uncertainty is taking its toll on UK SMEs.”

The survey showed that a quarter of firms covered said uncertainty around Brexit had caused them to pause investment.

If these businesses turn out to be right about the economy, it doesn’t bode well for the stock market either.

And Brexit isn’t the only concern for investors…

What could wreck the stock market party

Despite how much the Brexit discussion dominates the British news these days, there are bigger stories for anyone trying to make money in the markets.

Probably the biggest story this week is that US stock markets have just made new all-time highs.

On Wednesday, the S&P reached a level last seen in September… before the 21% fall into the year-end. 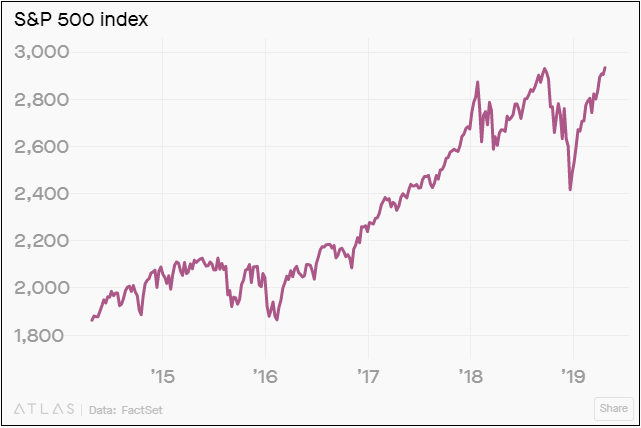 Why the change? All the talk is of corporate earnings beating analysts’ expectations.

And there’s plenty to back that up.

Apparently 78% of companies that have reported so far (around 100) have surprised to the upside.

But that’s not that unusual.

“Research from Bespoke Investment Group calculates that the average “beat rate” — the percent of the time a company beats the consensus earnings estimate — is 61% for the broader market. For the technology sector, it’s 70%. In a better-than-typical year, even more will.”

But the real reason for the stock market’s bullish 2019 performance isn’t these earnings surprises (which are backwards-looking anyway – what about FUTURE earnings?).

The markets are rising thanks to central bank support pure and simple.

“US stocks have experienced a huge reversal in fortune since the end of last year. The benchmark S&P 500 has surged 25% since Dec. 24, its most recent low. It’s been helped by the Federal Reserve, which responded to a slowdown in growth momentum and rising stress in financial markets by suggesting that it would pause interest rate hikes previously planned for 2019. Easing monetary policy tends to boost asset prices.”

If the Fed keeps rates on hold… or lowers them even more… stocks coud continue higher.

That’s what the “melt-up” brigade are betting on. And to be honest, they seem to be right so far.

Does that mean we should all be piling our money into the market at these levels…?

Not from where I’m sitting. That looks like a very risky proposition.

I’m not selling any of my shares right now.

But neither am I adding new money to a market that looks like it’s nearing the top.

Especially not when there’s another big threat unfolding…

Why oil could change everything

But have they checked out the oil price lately?

It’s been screaming higher and is now at five-month highs.

This report from Fidelity explains why:

“This time it’s down to the Trump administration’s decision to end waivers that allow some countries to side-step the US sanctions on Iran. The waivers that allow eight countries including China, India and Japan to carry on buying oil from Iran will expire at the start of May. The White House has confirmed these will not be renewed, which has sent the price of Brent Crude up to over $74 a barrel, last seen in November last year.”

If that upward pressure continues, it won’t be long until it feeds through to the cost of fuel at the pump… and our heating bills… and to the bottom line of businesses, too.

Not just here, but in the US and around the world.

That could hit the stock market in a few ways.

Corporate earnings may be looking rosy right now… but how will they look when profitability is hit hard by rising energy costs?

Or when consumers have to rein in their spending because their fuel costs are crunching their budgets?

The Fed and other central banks may have to rethink their current plans and start raising interest rates again to keep a lid on inflation.