IP Group: How to profit from Britain’s greatest untapped resource 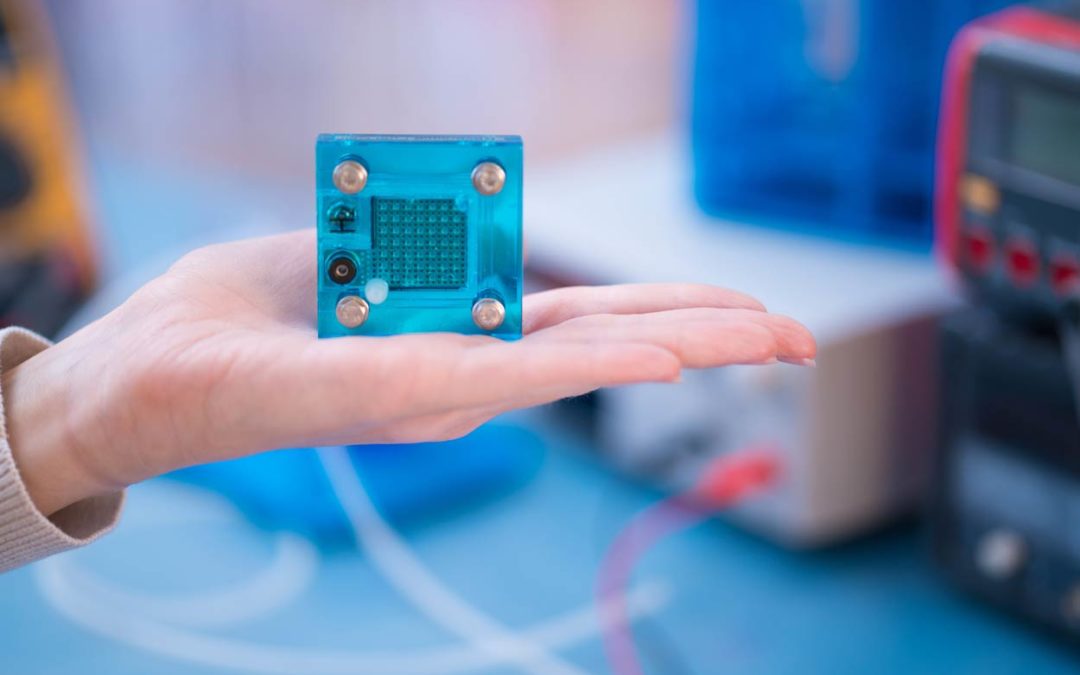 In 2004, two Russian scientists working at The University of Manchester made a startling discovery during a random Friday night experiment.

The scientists were peeling away a pencil lead with some sticky tape, when they managed to isolate a strange material, just one atom thick.

This material had exceptional properties…

As stretchable as rubber.

It could conduct electricity.

And it was the thinnest solid material ever discovered – almost a million times slimmer than a strand of hair.

It caused huge excitement among investors.

This was a material that could be used for mobile screens, super-light batteries, airplanes, artificial retinas, rockets…

Some believe it could become as prevalent in our lives as plastic.

A long history of missed opportunity

And yet it appears graphene is unlikely to be a boon for British industry.

In the wake of the discovery, it was China and South Korea who rushed to commercialise the material.

While British scientists received the plaudits…

Chinese companies rushed to create thousands of patents for graphene.

Taiwan and South Korea did the same.

Today, it’s these teritories that are massively scaling up production and preparing for huge windfalls.

And this keeps happening.

They publish to huge acclaim…

And then another country commercialises the breakthrough.

James Dewar (below) invented the Thermos flask but forgot to patent it. 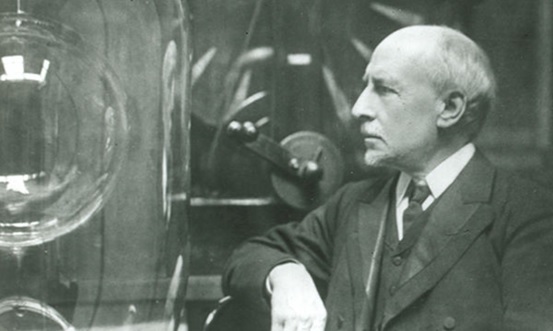 Joseph Swan invented the lightbulb…only for Edison to commercialise it.

Alan Turing came up with the idea of a universal computer…only for his idea to be fully developed and fleshed out by Hungarians working for the US military.

A ‘spin-out fund’ with blockbuster potential

In fact, Britain has never been short on inventors.

We just don’t know how to fund them.

While the US and China pour billions into research in advanced industries in recent years, British officials, investors and entrepreneurs have focused on investing in property, financial services and aerospace.

“I talked with James Dyson for over a year, but we couldn’t make it work, “Prof Geim said recently.

“It breaks my heart to say this, but the nearest company that would take what we could offer was in the Far East”.

In fact, these scientists are a huge untapped commercial resource.

There are experts in materials, nanotech, biotech – all with the potential to make blockbuster discoveries and deliver huge gains for investors…

If only they could get funding.

That’s why I think IG Group (LSE: IG) is one of the most fascinating companies listed in the UK.

I first heard about this group from an expert in investing in Research and Development, Dr Mike Tubbs.

For decades Dr Tubbs has been advising British and European authorities on the best way to direct funding to R&D.

He watched as funding piled up in fintech and aerospace… often at the expense of great breakthroughs in British laboratories.

And he developed an investment strategy of his own, focused on those companies who are investing most intensely in R&D.

In fact, Dr Tubbs has probably the most impressive track records of any investor I’ve followed over the last ten years.

And he is a is a big believer in the long term potential of IG Group.

This is a group that was set up to commercialise the best discoveries that are spun out of the UK’s top universities.

In 2000, IP Group signed a 15-year partnership with Oxford’s chemistry department, contributing £20m towards a new laboratory and getting an early look at discoveries coming out of the department.

It has since gone on to develop links with Oxford, Kings College, five prominent US universities (including Princeton), and string of universities in Australia and New Zealand.

It supplies funding at the right time.

And helps to commercialise the most promising projects, with a view to spinning out blockbuster companies as they take off.

There have been a number of notable successes already…

It makes the MinION sequencer, a portable device that can analyse DNA cheaply and quickly.

This allows scientists in more than 70 countries to monitor and quickly access viruses and diseases in labs: keeping track of superbugs, testing animals, genomic research.

But this portable device also works in environments where sequencing machines are not readily available: crops, remote villages, under the sea, in the Arctic.

There is a huge potential market for this device.

And Oxford Nanopore has several others (pictured).

The company has raised £451m to date (£100m just recently) and is well on the way to being a billion pound blockbuster in its own right.

IP Group is also a major stakeholder in Ceres Power: a company which is developing the next generation of fuel cells.

These fuel cells are made of widely available and inexpensive materials that can generate power from natural gas or renewable fuels such as ethanol or hydrogen.

Fuel cells have enormous potential in creating cleaner and cheaper power for transport and homes.

“Istesso is another highly promising outfit”, according to Dr Tubbs in a recent article for MoneyWeek.

“It produces treatments that attempt to reprogramme people’s metabolism to combat autoimmune conditions such as multiple sclerosis and rheumatoid arthritis.”

Oxford Nanopore is the most advanced and the biggest holding (as you can see from the chart below).

But it has significant stakes a string of other very promising companies.

In the first half of this year, the share price of Diurnal resulted in a fair value increase of £10.2m to IG Group.

You need to get in early for the big gains

Normally a start up company like IG Group would only be available to venture capital and big funds.

But here is a way for retail investors to back early stage projects before they IPO – when most of the value has already been swallowed up by early investors and big money.

The game is set up so that the early investors stake the most risk and have access to the best stories and biggest gains.

It’s about all being among the first cabal of investors before a story takes off.

IP Group is the biggest spin out fund of its kind.

Other spin out funds in the UK include Allied Minds, Arix Bioscience, Mercia Technologies and Frontier IP Group.

Some focus on specific areas.

But IP has the broadest profile.

To me, it looks a great way to back one of Britain’s most commercially promising and untapped resources.