The $10m Heist of Musk’s Metal 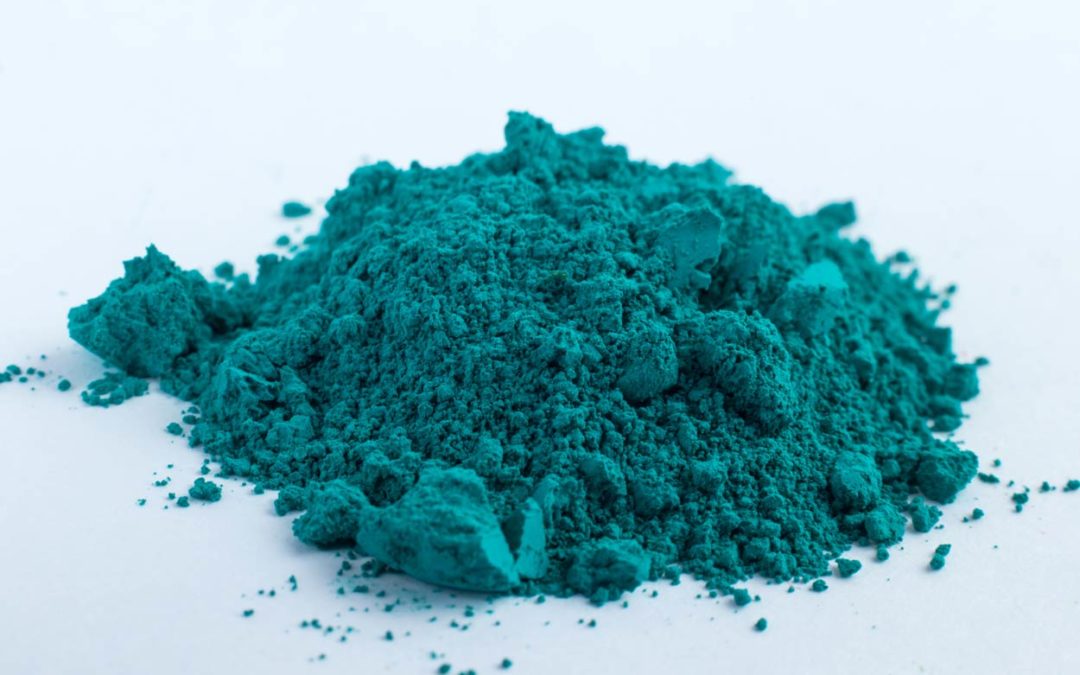 Two weeks ago, in Rotterdam, a group of thieves broke into a warehouse owned by global logistics giant Vollers Group.

The warehouse was packed with drums of precious goods.

Everything from engine parts to smartphones…

But the thieves immediately rushed to a high security area.

They disabled the alarm.

And over the course of several hours, they ran forklifts in and out of the building to a waiting truck outside.

They had a very specific target – a group of drums that held 112 metric tons of Cobalt – a metal that sells for $82,500 a ton and has been deemed “critical” by the US government, the EU commission and others.

Cobalt is invaluable to modern industry.

And in the last two years alone, it has tripled in price.

This is not the first time Cobalt has attracted criminal attention.

Back in late 2008, Belgian police arrested a gang who stole 20 tons of cobalt metal from a Vollers warehouse in Antwerp.

One of those charged, confessed that he’d locked himself in the warehouse and disabled the alarm, and over six hours had helped remove the metal with a bulldozer.

And there are plenty of buyers.

It’s thought that the stuff that was lifted in Rotterdam belonged to a Toronto based company called Cobalt 27, who are backed by a reclusive Russian billionaire named Vladimir Iorich. 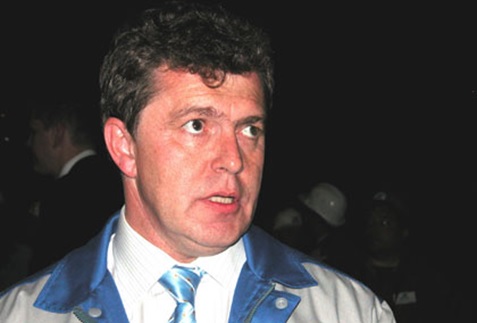 For the last three years, Iorich and Cobalt 27 have been aggressively buying up the metal, amassing the world’s largest private stockpile: 3,500 metric tonnes.

Volkswagen and Toyota are scrambling for a supply.

In December, BWM said its need for the metal will grow ten fold by 2025.

There is a growing shortage here for a critical material and I think there is a serious opportunity for investors.

Why Musk, BMW and China are scrambling for cobalt

As we’ll see, Cobalt has a difficult reputation.

It gets its name from “Kobold”, a German legend about a subterranean goblin. For centuries it vexed miners by looking like a valuable ore that subsequently demateralises into noxious rubble.

Why is it useful now?

Well Cobalt is quite a hard metal.

It has the ability to impart strength at very high temperatures.

And this makes it very useful in managing the chaotic chemistry of batteries.

Most of the cobalt that gets mined each year is used in the batteries for smart phones. 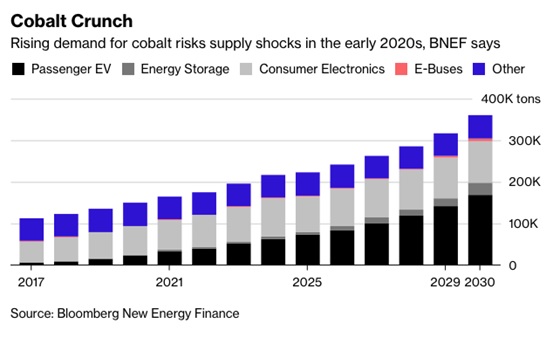 But the real market for this stuff is electric vehicles.

Batteries for electric cars will require nearly 1,000 times more cobalt than a phone.

Elon Musk certainly needs cobalt if he is to fulfil his plans to produce a fleet of 500,000 new Teslas.

He is trying to reduce the amount of cobalt he uses.

But it’s not easy.

Tesla has been working for years to reduce its dependence on cobalt, but even the latest model consumes 4.5kg per vehicle.

BMW, Volkswagen, Toyota…right now everyone is scrambling to find a decent source for this material.

China and the Congo Connection

The trouble is that the market may already be sewn up…

More than half of the world’s cobalt reserves and production are in one dangerously unstable country, the Democratic Republic of Congo.

For years, militant factions in the Congo have been able to finance themselves handsomely by smuggling metals to unscrupulous companies.

According to Amnesty International, children as young as 7 work alongside adults in narrow underground tunnels for up to 12 hours a day, sorting miners and carrying heavy loads for $1 to $2 a day.

The Chinese government has invested heavily to secure access to Congolese minerals.

They have spent billions building roads, hospitals and infrastructure.

They have also cornered the market in refining many of these minerals. Four-fifths of the cobalt sulphates and oxides used to make the all important cathodes for lithium-ion batteries are refined in China.

Much of the other 20% is processed in Finland, but its raw material, too, comes from a mine in Congo, majority-owned by a Chinese firm, China Molybdenum.

And according to George Heppel of CRU, China Moly may eventually ship its Congo cobalt home rather than to Finland, giving China as much as 95% of the cobalt-chemicals market.

“A lot of our clients are South Korean and Japanese tech firms and it’s a big concern of theirs that so much of the world’s cobalt sulphate comes from China.

China is very serious about controlling this supply.

For thirty years, it has been systematically targeting materials that will be necessary for advanced industries.

This includes Lithium (which is pretty abundant anyway).

It includes rare earth metals (which they attempted to corner tens years ago, causing a massive spike in prices and a enormous bubble in rare earth miners outside China).

And it certainly includes cobalt.

China’s goal is to be a global leader in batteries, electric vehicles and renewable energy.

And it is prepared to crash the market or choke off supply of metals to achieve this.

In the short term, China is pushing the development of low- or zero-emission cars, with a target to sell 7 million new-energy vehicles a year by 2025.

Sales of battery-powered, plug-in hybrid and fuel-cell vehicles in China — which surpassed the U.S. in 2015 to become the biggest electric-car market — could jump by more than a fifth to surpass 1 million this year, the China Association of Automobile Manufacturers estimates.

Cobalt 27 Capital Corp (KBLT:CN) is the owner of the world’s largest private stockpile of cobalt. And it looks an interesting pure play on this story.

Cobalt 27 says it is in talks for potential tie-ups with major Chinese companies seeking to secure supplies of the metal.

“The company combines a physical cobalt inventory valued at approximately US$270 million (using spot prices), a royalty portfolio valued at roughly US$50 million, and two streams that we expect to generate cash flows of ~US$100 million per year (when combined, starting 2021). Netting out the physical inventory (assuming debt repayment as well), the share price effectively attributes approximately US$430 million to the steams.”

Scotiabank has a sector outperform rating and 1-year price target of C$15.00 on the stock.

There are significant risks with investing in cobalt.

This is very speculative stuff.

The price of cobalt has fallen back this year after the going up four times in two years.

But the supply crunch for cobalt should be good news for Cobalt 27.

Canaccord Genuity has aggressively raised its price target on Cobalt 27 to C$22.50 while reiterating their speculative buy rating.

Canaccord says the increased price target “reflects the increase to the operating NAV from the company’s acquisition of a cobalt stream from Vale’s Voisey’s Bay project. This is the second stream in the company’s portfolio, showing the market that they are continuing to execute their business plan.”

After the enormous bubble in rare earths, this company has been through the mill. Most of its competitors got washed out when the rare earth bubble burst.

But the company is finally profitable.

And there is serious potential for these metals in the use for renewable energy.

It was a good week for ResTorBio (Nasdaq: TORC) the company we talked about in last weeks issue.

It’s a small biotech stock, so we can expect wild swings like this.

And the stock fell back under closer scrutiny of its results: some have taken issue with the way data was presented in the trial.

The biotech expects to release additional data later this year and meet with the Food and Drug Administration around the fourth quarter to design the next trial.

That’s it for this week.