My 3 favourite punts in technology 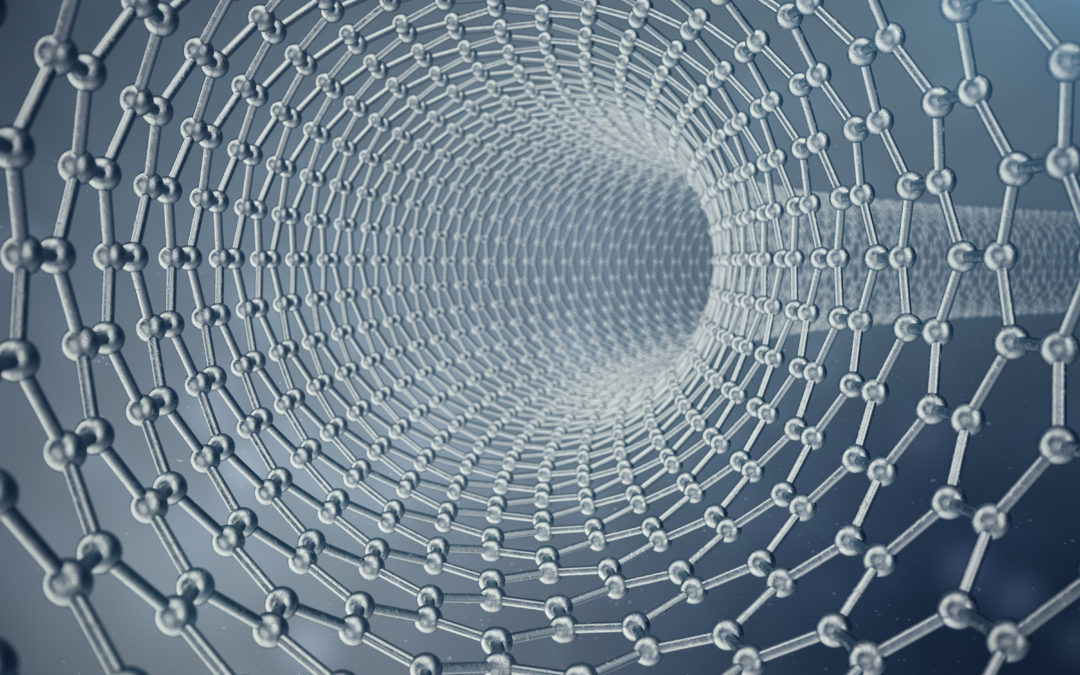 Over the last five years, a huge wave of money flowed into technology and valuations have rocketed.

Despite a brutal collapse this year, companies such as Nvidia (up 700%) and Amazon (450%) have led a long and crazy rally in stocks.

Professional investors have poured billions into AI startups, laying chips right across the table, and all in the hope of discovering the next Google, the next Amazon.

When it works, it can be spectacular.

Cryptocurrencies for example, have delivered life-changing returns for investors over the last few years.

And I think there are several stories – away from the hype in AI, ridesharing, autonomous vehicles – that look very exciting right now.

These are high-risk investments. You definitely shouldn’t stake your pension on these of kind of stocks.

But at the same time, if you are looking for a punt, there are a number of tech stocks that have the potential to deliver anywhere between 500% to 5,000% gains over the next few years.

Here are three… in ascending order of excitement…

I see materials science as one of most important technologies of the next decade.

It has huge implications for the build-out of a cleaner future, for escaping dependence on conflict metals, for the semiconductor, energy, medical, mining, food, agriculture, textiles, aerospace and cosmetics sectors.

The total volume of data generated by the global economy is likely to increase fivefold by 2025 <according to Cisco and IDC>.

And it’s going to put huge pressure on the world’s computer infrastructure. We need computer chips that are smaller, more energy efficient and can process information at far faster speeds.

Otherwise, by 2025, the worlds computing infrastructure is going to start collapsing under the strain.

The use of new materials to augment silicon in semiconductors will be absolutely critical. And there are several ultralight 2D, one atom thick ‘wonder materials’ that could be really useful.

These include graphene, molybdenum disulfide and carbon nanotubes.

Graphene looks like the most promising investment right now.

First discovered in 2004, as the atomic basis of graphite, is now coming out of ‘the valley of disillusionment’ having been breathlessly hyped for years in the media and among materials scientists for its awesome properties at nanoscale.

But getting it from the nanoscale for macroscale use has been a huge challenge, especially in terms of producing industry standard graphene at scale and thereby reducing its currently stratospheric cost.

But the use cases for graphene are multiplying. And production is finally beginning to scale up.

Last year over 800 tons of graphene was produced compared to 40 tons four years before.

Production is now running at over 1000 tons a year.

So, for instance, a company called Innov-8 uses graphene to make its running shoes fifty times stronger, stretchier and more wear resistant than its non-graphene competitors.

Just this week, ultra-runner Paul Tierney set an incredible new record time for summiting all 214 of the Lake District peaks in graphene-grip shoes.

Tierney completed the 318-mile challenge, which involves a 36,000m of elevation gain (the equivalent of four times up and down Mount Everest), in 6 days, 6 hours and 5 minutes.

He beat the previous record, set by Steve Birkinshaw in 2014, by almost 7 hours.

Applied Graphene Materials (AGM) looks a good punt on graphene. It focuses on coatings and composites with a particular focus on anti-corrosion products.

Floated in late 2013 at 155p, shares in the Durham University spinout peaked just months later at 510p, before collapsing to 34p today.

So it’s been brutal.

But the company continues to find commercial partners: recently developing water-based anti-corrosion coatings that could have a huge potential market.

Rust is a problem that afflicts many industries. Cars are an obvious market and Applied Graphene is close to launching its first product in this field – an aerosol-based car paint primer.

But it is in harsher environments that this tech could be most useful. Oil rigs, ships, wind turbines – all are highly prone to corrosion and a product that can prevent it would be in high demand.

Applied Graphene Materials is still loss making, but it could be worth the punt as the graphene market scales up and finally finds commercial use cases.

My next punt is on thriving industry in anti-aging medicine.

The company is called resTORbio, and they are developing a drug based on a hugely promising anti-fungal bacteria called Rapamycin.

We have a biochemist named Suren Sehgal for the discovery. In the dirt recovered from Easter Island, Sehgal discovered this potent antifungal compound with odd properties. When a neighbour’s wife developed a stubborn skin condition, Sehgal mixed up a rapamycin ointment for her and watched as it completely cleared up.

He began legal experiments with the compound at his lab at pharma giant Wyeth, where he discovered that, besides its antifungal properties, rapamycin does strange things to the immune system.

Sehgal didn’t live long enough to see the FDA approve his drugs. But since his death, we’ve slowly begun to realise that the drug has enormous potential in the fight against aging.

As Bill Gifford pointed out in Spring Chicken, a book about the science of aging, it not only extends life by delaying the onset of age related diseases such as cancer, heart disease and Alzheimer’s, it also seems to postpone the effect of aging.

It acts like a circuit breaker. When it’s active the cell grows and divides. When it’s switched off, the cell goes into a conservation mode in which it lives longer.

Rapamycin has already been found to reduce age-related bone loss, cardiac aging and chronic inflammation in mice. And scientists are now following up these exciting discoveries with human trials.

And in a fascinating study, published in Science Translational Medicine, a group of 264 elderly people who took a course of the rapamycin for six weeks, were found to have remarkable improvements in health and immunity more than a year later.

One of the companies leading the field is resTORbio, which led the rapamycin study.

It has trials of anti-aging drugs that are about to enter the final stage before they can be signed off for human use.

“It’s key function is nutrient sensing. If you eat, it is activated and tells the cell to grow and divide. If you don’t eat, it switches off, which regulates protective pathways”.

This year, resTORbio hopes to move into the final stage of clinical trials before filing for regulatory approval in 2021.

But in short, if either of the two drugs succeed, it could be the start of a new wave of medicines that target aging.

Recently it released data from the Phase 2 clinical trial of RTB101, an orally administered, small molecule. RTB101 was well-tolerated and reduced the incidence of respiratory tract infections (RTIs) in patients 65 years of age and older at high risk of morbidity and mortality due to RTIs, including those with asthma.

This is an all or nothing play really.

If the drugs are FDA approved, the share will explode. But this is an enormously complex process, with the vast majority f biotech drugs running aground during human testing.

My favourite story in tech however is cryptocurrencies. It’s the one that has made me the most money and the one that I expect to deliver the biggest investment returns over the next five years.

This is an extremely volatile investment.

You can wait ages for a big spike. The market goes along for months with…people get exhausted and they drop out.

Then you get these sudden moments where Bitcoin and Ethereum can rocket over a few months, with the rest of the market following suit.

The most recognisable pattern is that coins can rise massive amounts that crash 75-80% in a few short months.

And then collapse back again. According to Michael Mac, at the Crypto Traders Academy…

“The average of the 44 previous crypto cycles I reviewed was 6,000% from the very end of the bear phase to the peak of the bull phase which is massive and these patterns have repeated many times!

There are plenty of reasons for this but the main reasons are:

• The global nature of crypto

• The intense speculative nature of crypto at this stage of the technology life cycle as there are a lack of current legitimate use cases at scale which means the potential of a coin is huge but could also be zero too.

• My personal low-end target is that I expect the peak of the next major bull phase to at least reach previous highs and likely surpass these highs substantially.”

Still crypto is the world’s fastest growing asset class but is still a drop in the ocean of the world’s wealth.

But Ethereum looks to have huge potential.

“A platform like Ethereum is a machine for decentralised finance.
Anyone with an idea for fintech solution can set up a website, and develop an application on Ethereum for everyone to use.

That gives them the benefits of stable currency, matched with the global access and technical benefits you get with blockchain…cheaper foreign exchange, low fees, digital wallets on your phone instead of a bank account, privacy.

We are also seeing tokenisation of assets and equities. So if you are in Africa or Asia, you’ll seen be able to buy shares in blue chips stocks such as Apple or Google.

This is the start of comprehensive financial services for huge populations who have never had access to them.

A whole generation will grow up using these platforms to invest, save and build for their family’s futures.”

How should you invest?

On the basis of his advice, I’ve resolved to build a position in Ethereum over the last few years. And I’ve built a portfolio of coins from there.

If you are interested in finding out more…we have a free Beginners Guide to Crytpo that you might find useful.

It explains all the basics: what these coins are, how they work, where to buy them.

Just drop me an email and I’ll pass it on to you: [email protected]