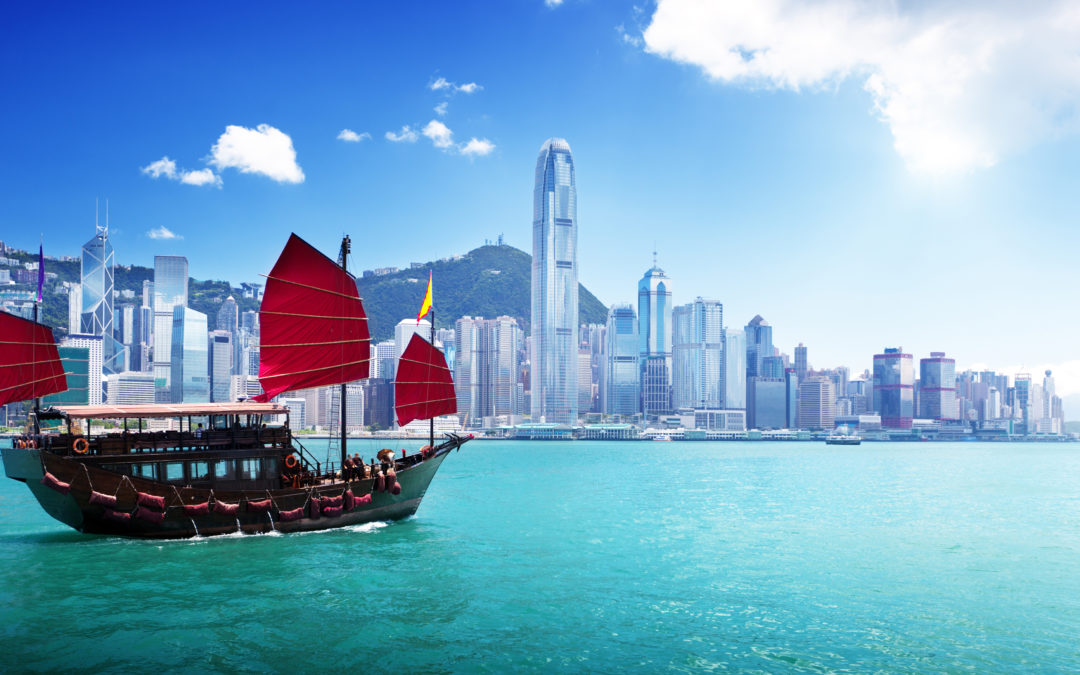 The biggest story for investors over the last two years was the US-China trade war.

Two superpowers vying for supremacy, with knock-on effects rippling around the world.

Still, markets shook it all off… and marched on up, as they had since the April 2009.

Then the coronavirus arrived. And the focus shifted.

A new story to challenge investors

Since then, the trade war’s been out of the headlines, as investors have tried to figure out what Covid-19 means for their money.

When it became clear that the disease wasn’t just a China problem, but a global pandemic, and global economic threat, investors panicked.

They saw the real prospect of a savage recession, even a depression, as the world economy shut down.

And according to Ben Carlson at Ritholtz Wealth management, “March was the most volatile month since the Great Depression”.

But since the low on 22nd March, there’s been an impressive partial recovery.

For now, it looks like the consensus is: “The worst is over. We’ve beaten the bug. There’s a vaccine coming. The depression is off. The bull market is back on. BUY!”

A rally built on hope

There’s a lot of wishful thinking and hope priced into that market bounce.

First, people are betting the worst is over in terms of the virus.

Which is true if we’re talking about the first wave of infection.

But they’re ignoring the threat of a second, potentially even more deadly wave – like the one that did most of the damage in the 1918 Spanish flu pandemic.

Second, they’re betting that now shutters are being lifted in certain sectors within certain economies, revenues and profits are going to come roaring back…

But what about all the companies that have gone – and will go – bankrupt because of 10 weeks of being shuttered?

When many of these businesses re-open – think bars, restaurants and hotels as an example – they’ll barely do enough business to survive due to ongoing social distancing requirements.

I’ve a friend who runs a small bar/music venue in a west London suburb who’s terrified about the future.

He’s used the furlough scheme to be able to retain staff during the lockdown and has been able to appease creditors (landlord, utilities, suppliers) with the help of crowdfunding.

But he knows that in a place the size of his bar, social distancing is not an option.

So, he’ll have to remain closed… fending off the creditors… relying on the good nature of patrons… probably until a vaccine is ready.

His worst fear? That despite the generosity people have shown in supporting his venue in these tough times, he may never be able to reopen the doors.

He can’t be alone.

The end of the road

There must be many businesses that will never come back after this.

But hotels and restaurants. Shops and factories. Airlines and car rental companies. Dairies and farms.

Companies of all sorts that contribute to the global economy are at the end of the road… and will not return.

Still, investors are betting on a recovery down the line – and that’s fine. Things will come good in the end.

I just wonder whether they could get a lot worse before that. We’ll need to wait and see.

Meantime, we keep track of the news and data as it arrives.

Data out yesterday was shocking, as CNN reports:

“America’s economy fared worse than initially reported in the first quarter, according to the Bureau of Economic Analysis.

“US gross domestic product, the broadest measure of the American economy, shrank by an annualized rate of 5% between January and March. A preliminary report estimated the first-quarter economy shrank by 4.8%.”

But investors turned a blind eye to that.

And they turned a blind eye to the fact that some 40 million Americans have now claimed unemployment benefits since the pandemic crisis began.

The market is soaring on misery

According to the Associated Press, by some calculations, “the unemployment rate stands at 23.6%, not far from the Depression peak of nearly 25%.”

Economists are predicting an even worse performance for the US economy in the second quarter, with GDP shrinking by an annualized 30.3%.

But investors are looking beyond that, to what they hope will be a return to growth in the third quarter, from July to September.

That’s why the market continues to march higher.

As Eddy Elfenbein at Crossing Wall Street puts it, “the stock market isn’t merely “climbing a wall of worry.” It’s soaring on misery.”

The bet is that the US economy will bounce back after its appalling first half of the year.

Here in the UK, businesses are re-opening. Next week, car showrooms and outdoor retail outlets can open.

There’s talk of cinemas, pubs and restaurants opening in mid-July.

More and more people are going back to work. Train services are increasing.

It’s the same in Europe and in America and across the world.

Optimism is growing as hopes are pinned on the vaccines and cures for Covid-19 being promised by the biotech and pharma sector.

And in the meantime, of course, investors know they can rely on central banks to keep pumping money into the markets. It’s the only thing they know how to do.

Whether or not it can save the economy and keep the market rally going for the longer term remains to be seen.

The US-China trade war is back

Meanwhile, things could be about to get worse between the US and China.

Before our attention was diverted to Covid-19, hopes were riding on an end to the trade war.

Remember, there was a preliminary trade deal agreed in January.

On China’s part, it meant a commitment to open its markets to more US companies.

Oh… and to ease up on stealing American technology and trade secrets.

In return, the US agreed to reduce tariff rates it imposed on Chinese goods last September.

And if the two sides reach agreement on the next phase, Trump said he’d remove all tariffs.

As he signed this initial agreement in January, President Trump proclaimed:

“Today we take a momentous step, one that has never been taken before with China toward a future of fair and reciprocal trade with China. Together we are righting the wrongs of the past.”

Will he and Chinese President Xi Jinping ever get to agree the next phase?

Or will these two new best mates fall out – and rip up the agreement?

After all, Trump’s suspicions about China’s part in the Covid-19 crisis is well documented.

He went as far as saying he’d seen evidence that the virus was created in a laboratory in Wuhan.

It’ll be interesting to see what comes out later today (6pm UK time).

Yesterday, Trump announced he’ll be making a statement about China this evening.

Whatever he says, China won’t take it lying down.

Whilst Trump has been blaming China for C0vid-19, Beijing gives as good as it gets.

“China has also contributed mightily to the rise in tensions. A Chinese foreign ministry spokesman, Zhao Lijian, has floated the evidence-free idea that coronavirus might have originated in the US. Beijing has also responded with unreasonable aggression to calls for an international inquiry into what is now a global disaster. When the Australian prime minister, Scott Morrison, called for such an inquiry, the Chinese ambassador there raised the idea that his country’s consumers might boycott Australian goods in retaliation.”

Meanwhile, the situation in Hong Kong, where China is forcing through new national security regulations, could make things a lot worse.

That seems to be the way markets are interpreting it today.

“Global stock markets have ended their winning streak as attention was turned back to rising tensions over Hong Kong,” reports the Guardian.

“It comes after China approved plans for a new controversial security law that will tighten its grip on the semi-autonomous territory. Hong Kong’s government has since warned the US to stay out of its affairs, after Washington revoked a special trading status granted to Hong Kong that recognised it as separate from China. The move could mean potential sanctions would be extended to Hong Kong, which could batter businesses in the region.”

Let’s see what Trump comes out with later today when he holds his press conference on China… and then how China responds.

If things get any worse between these superpowers… and the progress made so far on trade agreements is knocked back… there could be serious negative implications for the markets.

Keep hold of your gold – it’s likely to respond well if things get ugly.