Protect yourself against central banks 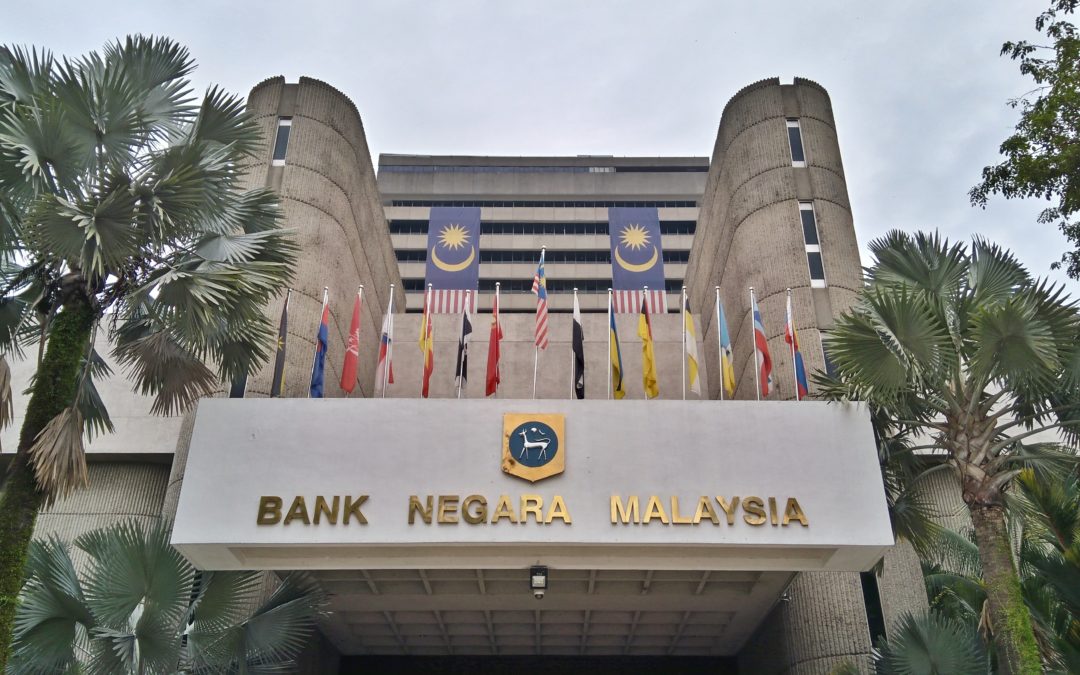 There goes another one.

It follows hot on the heels of Turkey and South Africa, whose banks also cut rates earlier in the month.

Bankers are panicking that economic growth is slowing. And that inflation is too low.

Worse, they’re frightened their economies could start shrinking and that deflation could creep in.

The solution: slash rates to make money cheaper in the hope that it lures people and businesses into borrowing… and stimulates the economy.

And it’s not just emerging markets like Turkey, South Africa and Malaysia.

All around the world, major countries’ central banks have been at it, too.

You already know about the US Fed.

We’ve been tracking this closely in Monkey Darts, as it’s central to one of the most important themes likely to affect your money in this new decade: the unexpected return of inflation.

If you’re wondering why the price of gold is moving sideways at an important support level, this is why…

But back to the Fed…

The fight against deflation

But it paused when the market threw a wobbly at the end of 2018.

And then it turned tail in 2019 and started cutting rates.

Whether that’s because Donald Trump was holding a gun to Fed boss Jerome Powell’s head or that Powell just realised the economy’s doomed, is not clear.

But anyway, he got spooked and pulled a massive U-turn, cutting rates on three consecutive occasions.

One of the Fed’s main aims is to allow a comfortable rate of price inflation in the economy.

That inflation level is 2%.

By “price declines”, it means the dreaded ‘deflation’.

But for years the Fed has had difficulty hitting that 2% inflation level. And it’s below that now, at just 1.7%.

And that’s despite 10 years of low interest rates and other ‘unconventional’ stimulus (quantitative easing).

And to steer inflation to the Fed 2% target.

But so far, the Fed’s been unsuccessful at keeping at that level for any sustained period.

In last Friday’s Monkey Darts, I made the case that the Fed could well go further with its attempts to jack up inflation.

Central banks want to avoid deflation at all costs.

The Fed may not actually cut rates further… not yet anyway.

As we saw, if it cuts rates too low, it then finds itself ‘out of ammo’.

It was that slashing of borrowing costs that saved the financial system.

Well, that and a shed load of quantitative easing (creating new money in order to buy bonds and keep the markets functioning).

But with rates currently already low at 1.75%, it doesn’t have that firepower – and doesn’t want to lose any more by cutting rates further (even if Donald Trump believes it should slash to below zero!)

That’s not so say the Fed won’t move lower if push comes to shove. We’ll have to wait and see.

But it can certainly keep stimulating the economy to try to spark inflation in other ways.

According to The Daily Reckoning, the Fed has “expanded its balance sheet $400 billion these past four months – a $1.2 trillion annualized rate.”

By buying these assets, the Fed pumps liquidity into the short-term lending markets – attempting to keep the financial system running smoothly and in turn stimulate the economy and provoke inflation.

That’s all well and good.

The problem comes if – after all this desperate stimulus around the world – inflation comes roaring back.

Malaysia is the latest central bank to cut rates.

It could be the Bank of England when they meet next week.

Yesterday, the Office for National Statistics released the latest employment data for the UK.

And it looks pretty solid, according to the FT:

“In the three months to November, the number of jobs rose by 208,000 in the UK compared with the previous three months, according to data from the Office for National Statistics. The figure is nearly double the 110,000 expected by economists polled by Reuters, and the second consecutive rise.”

Still, the big worry on the minds of the Bank’s Monetary Policy Committee members will be the same as that on Jerome Powell’s mind:

Inflation… or rather lack of it.

Latest data last week put inflation at 1.3%, way below the Bank’s 2% target and the lowest for three years.

Add that to other recent weak data and there could well be a rate cut on the cards next week.

“Coming after a triple whammy of weak retail sales and slowdowns in both the manufacturing and service sectors, this surprise fall in inflation will arguably put the doves in the driving seat at the Bank of England.

“When the Bank’s Monetary Policy Committee meets later this month, the possibility of an interest rate cut will now be firmly on the table.”

Meanwhile, the Bank of Canada yesterday said it would keep its base rate on hold at 1.75%.

But at the same time, reports Reuters, it said “a future cut was possible should a recent slowdown in domestic growth persist, raising market bets the central bank could ease as soon as this spring.”

And in Europe, it’s the same thing: watch and wait.

The European Central Bank already has its base rate at zero percent.

But it too needs inflation higher.

So, don’t rule out a further cut down the line.

ECB President, Christine Lagarde, like the Bank of Canada’s boss, certainly seemed to leave the door open to such a possibility:

“In a press conference following the decision, ECB President Christine Lagarde said rates will “remain at their present or lower levels until we have seen the inflation outlook robustly converge to a level sufficiently close to, but below 2% within our projection horizon, and such convergence has been consistently reflected in underlying inflation dynamics.”

From where I’m sitting, it seems like central banks throughout the world are in cahoots, working together to produce inflation.

That’s all well and good… IF they can bring it back at the desired level and keep it under control.

But woe betide us if their easy money policies fail to generate any real economic growth, but at the same time unleash soaring inflation.

Older Monkey Darts readers who can recall will shudder at the thought of that evil combination of low growth and high inflation, better known as stagflation.

In that situation, central banks are just about powerless: they can’t raise rates and they can’t cut them. Invariably, it leads to deep recession… and carnage in the stock market.

As it is, hardly anyone expects inflation. Even fewer would entertain the threat of stagflation.

In the 70s, out-of-control inflation was sparked by an oil shock. At the same time, those high oil prices killed off economic growth.

The result was stagflation. And a stock market rout.

For now, crisis has been averted in the Middle East.

The oil price has come back from $65 a barrel when Donald Trump assassinated the Iranian general at the start of January to below $55 now.

But is everything OK now in the Middle East? Is everything OK anywhere when Donald Trump is in charge? And is your money OK with central banks playing with fire?

There are too many uncertainties and too many risks for us not to at least consider owning gold and other alternative assets.