Removing the biggest polluter of all 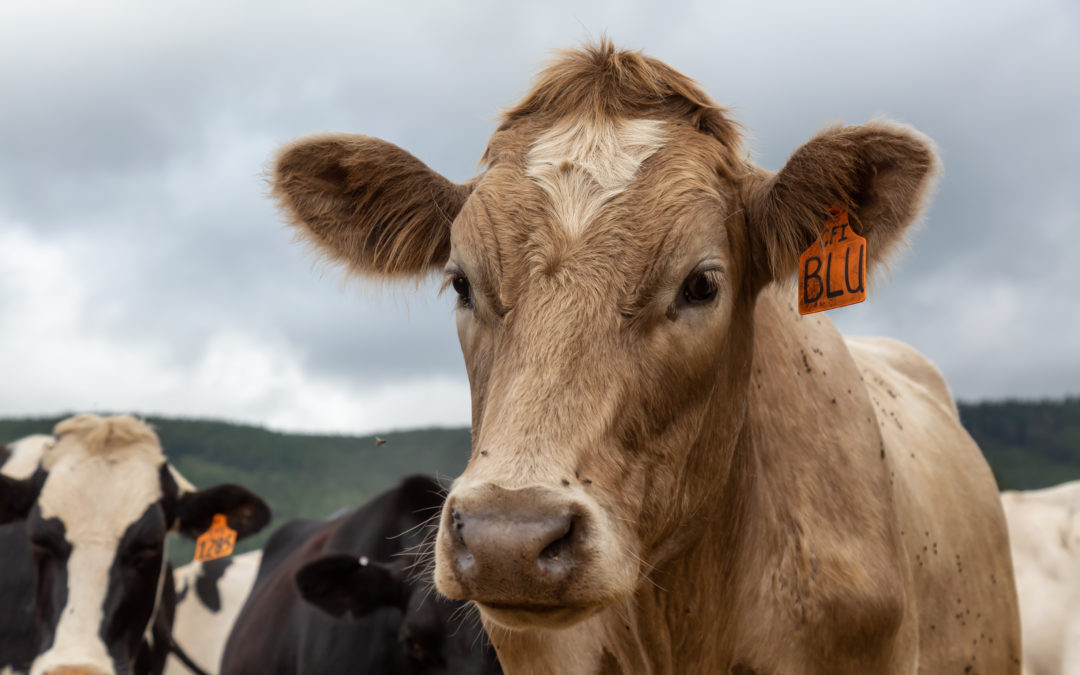 We are nation of carnivores.

Nine out of 10 British households regularly buy red meat. And most of us eat meat at least twice a week.

I like to eat meat myself, especially steak, especially if it’s rare and drowned in garlic butter.

Health allowing, red meat will always be a staple part of my diet.

But in recent months I’ve been reading some fascinating research on the changing economics of food production.

And I’m beginning to see a radical overhaul in the way we produce meat.

There are enormous implications for our way of life, as well as serious opportunities as a handful of companies completely disrupt the food chain.

Why cows are worse than cars and planes

In isolation, a cow is quite an expensive way to deliver protein.

They require an expensive diet of feed, water and antibiotics.

They need vast tracts of land to graze.

And after digesting its food, a cow will release an enormous quantity of methane into the atmosphere.

In fact, according to MIT, producing one pound of meat protein requires:

It’s no wonder then that the cow has become the focus of companies who are looking to reinvent farming.

This week I listened to a fascinating discussion by a group called ReThinkX (you can download the full report here for free).

And they had a lot to say about cattle.

Over the past 20 years we’ve already reduced the environmental footprint of milk and meat production in the UK by 20%.

And thanks to new methods – in producing lab grown protein, milk and meat – we are about to see a radical overhaul of meat production.

According to Catherine Tubb, a senior analyst with RethinkX, there are a series of companies emerging that could make the cow obsolete.

Let’s take each of these in turn…

One of the most of the most impressive breakthroughs is in “synthetic food”: this is food that is engineered by scientists at a molecular level in a laboratory.

I talked about this a little when we looked at Ginkgo Bioworks.

Agri-giant Bayer came to Ginkgo in 2017 with the problem of making a more efficient nitrogen fertiliser.

Worldwide, farmers spend more than $150 billion a year on fertilizer and Ginkgo helped them make a seed coating with genetically modified microbes that would allow farmers to use far less of the chemical on their crops.

Meanwhile, Motif Foodworks came to Ginkgo to create a palette of non-animal proteins.

Ginkgo fermented some plant-based proteins in the lab, rattling through thousands of designs to develop a protein with mimics the proteins you might get from milk or an egg.

In the ReThinkX report they call these methods “precision fermentation” (PF).

“We select a micro-organism and programme it to produce our desired output (usually a protein) using plant-based inputs (any biomatter can be used though the efficiency of the system will be determined, in part, by the proportion of carbohydrates in the inputs).

In fact, we already eat many foods with ingredients produced this way.

These include valencene (orange taste and smell), raspberry aroma, sweeteners like thaumatin, and vitamins.

The big opportunity is in milk.

“If we can understand and recreate the 10% of what makes milk special, we will be able to readily replicate or mimic milk without the need for cows. “

Cows are also used by the garment industry and it turns out we may have ready alternatives to leather.

One of the most interesting companies in this field is Modern Meadow, which is seeking to grow leather in the lab from skin cells that produce collagen, a protein found in the connective tissues of animals.

This collagen turns into leather that is free of blemishes, hair and fat, and has the potential to vastly reduce the number of cattle we farm.

Leather looks like a market ripe for disruption. The synthetic leather has an addressable market of $50 billion, according to analysts at Baillie Gifford.

The big change that is in the move towards meat alternatives.

You might have heard about the burgers by Beyond Meat, which are plant-based burgers that have been tweaked to taste like meat. 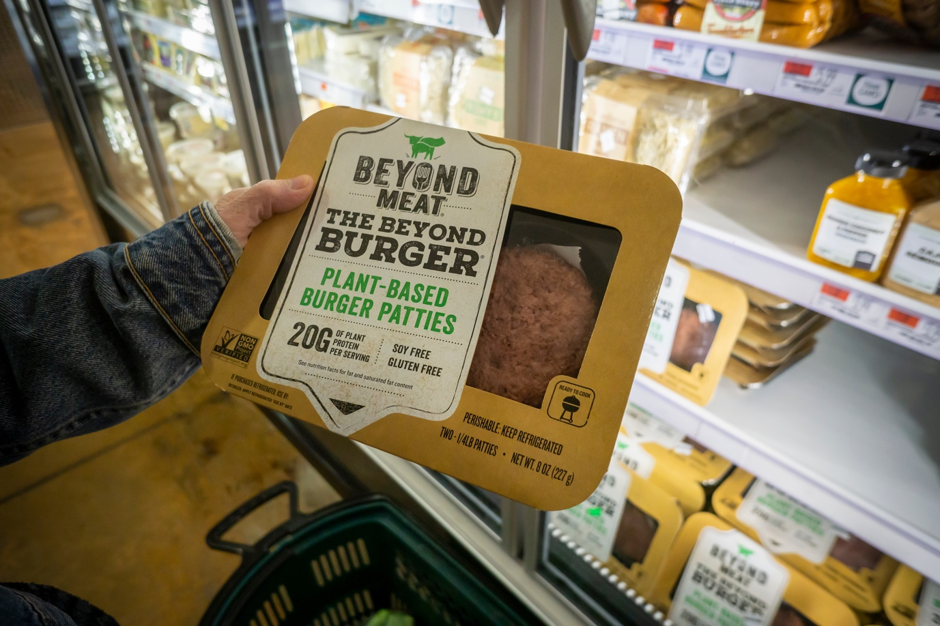 The trick was to add synthetic blood.

Scientists at Beyond Meat took brewers’ yeast and programmed it to include the gene for haemoglobin—which makes your blood red.

You bite into the burger and it bleeds.

It also smells and cooks like a meat burger.

They are still expensive: £13.50 for a burger in several restaurants near me.

But these burgers are popular with the fast-growing number of people who are reducing their consumption of red meat.

“What is in front of us is a new, modern protein system, says Catherine Tubb.

Essentially, the cost of producing protein is going to come down, fast.

Instead of farming cattle for meat, vats of customized protein-producing yeast are the future of food.

Cow meat is the first area of disruption, but there are already chicken products available and the disruption will affect most proteins (eggs, pork, salmon, prawns).

There are also groups working on palm oil, sweeteners, coffee: we can produce any molecule in this way, it is just a question of what makes sense from a cost perspective.”

There are plenty of good plays on this story.

A company such as Calyxt (Nasdaq: CLXT) is commercialising its gene edited soybeans and bringing them to market at a fraction of the cost of previous genetically modified crops.

The company is small, but the addressable market could be huge.

Last year it released High Oleic Calyno Oil – which is the company’s first product to be sold on the U.S. market – made from gene edited soybeans.

Calyno oil is similar to other healthy oils such as olive, sunflower and safflower oils, and can easily be incorporated into foods and recipes without affecting taste.

It’s mainly used in the foodservice industry for frying and salad dressing.

Crucially, the US Department of Agriculture has concluded that many gene edited plants are not regulated articles due to a legal loophole: the regulations only apply to GMOs constructed using plant pathogens like bacteria, or their DNA.

It takes at least 13 years and $130m, on average, to create a new GMO and get it into farmers’ hands.

Calyxt could do that in half the time.

I’ll keep you updated on other great plays in the food revolution in coming issues of Monkey Darts.