Should you get a stem cell treatment to improve your hair, skin and hips? 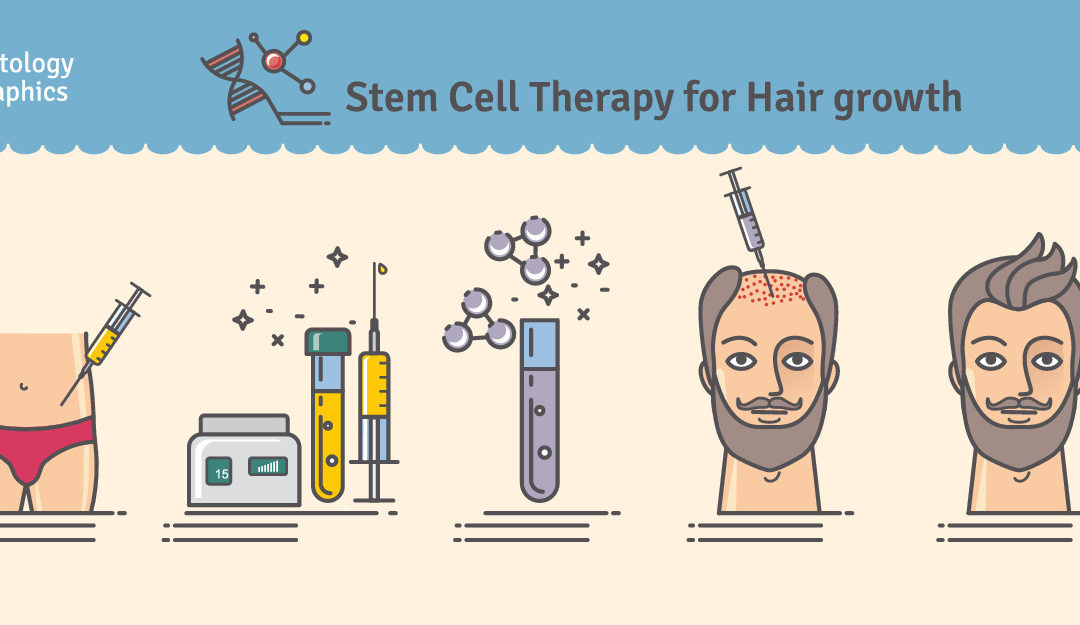 The treatment only takes a few minutes. A smartly dressed concierge invites you into the examination room and you are invited to sit on a comfortable reclining chair.

A clinician takes a needle and without fanfare, she takes a sample of cells from the fatty tissue for your abdomen.

These cells are placed on a dish where they multiply with other healthy cells.

And for a just a few thousand pounds, the clinician will then re-inject those cells into your face, jaw or hip, in the hope that they will rejuvenate cells and repair the effects of aging.

There are almost 70 private clinics in the UK offering these services.

Skin treatments are especially popular. According to the The Regenerative Clinic, based in London:

“The regenerative powers of Lipogems – stem cells taken from fatty tissue – can be used as an effective anti-ageing treatment. Adipose cells are harvested, treated and injected into the facial area by an expert Plastic Surgeon, to regenerate and restore volume that has been lost due to the ageing process.

Lipogems can be used to treat:

“The Autologous Stem Cell Therapy procedure is performed using arthroscopy (keyhole surgery) of the hip or knee. Under general anaesthesia, an aspirate of your blood and/or marrow is taken with a special needle, which is then processed to harvest the stem cells.

The surgeon then prepares the joint tissue so that it is ready to receive the stem cells, and then the harvested stem cells, alongside a suitable scaffold, are injected through the same keyholes.

This procedure is designed to help preserve the natural hip and knee joints and can delay or potentially prevent the need for a major operation, such as a hip or knee replacement.”

Are these procedures legal?

Well according to EU legislation, if someone’s own cells are removed and re-injected into their body without being substantially changed, the process falls outside the scrutiny of regulators.

According to hip and knee surgeon Prof Fares Haddad from University College Hospitals, London, there is no “evidence base” for the treatments, just as “sham scientific legitimacy” created by those have a vested interest in the services.

And according to the BBC, a woman was blinded in one eye by a botched injection of fat cells into her jaw joint, at the Regenerative Clinic.

But there is a good reason why stem cells have become the latest medical craze in Britain and most other countries.

The Eureka Moment for Stem Cells

Most of the recent excitement around stem cells can be dated back a discovery by Shinya Yamanaka and his team at Kyoto University in 2006.

Stem cells held out huge promise for regenerative medicine at the time.

We had divided them into two main forms: embryonic stem cells and adult stem cells.

The embryonic stem cells came from unused embryos resulting from an in vitro fertilization procedure.

These embryonic stem cells are pluripotent, meaning that they can turn into more than one type of cell: muscle cells to tissue to brain cells. 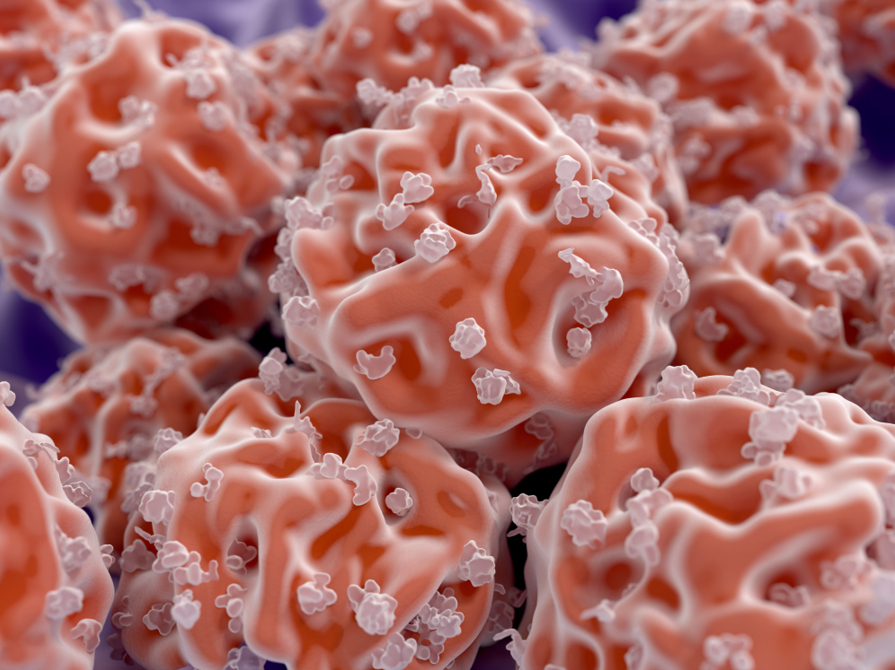 The issue was that these cells were hard to source and difficult to control or programme as they matured, often creating unwanted skin, hair or tumours in early trials.

Adult cells on the other hand were widely available: but held far less potential for regenerating cells and tissue.

That was until a big breakthrough by Kyoto.

Yamanaka and his team had taken skin cells from adult mice and infected them with a virus designed to introduce 24 carefully chosen genes.

Several weeks into the trial, the call went up: “We have colonies.”

Rushing to a microscope, they realised the adult cells they had been studying had transformed.

They looked and behaved like embryonic stem cells — ‘pluripotent’ cells, with the ability to develop into skin, nerve, muscle or practically any other cell type.

He had found a way to programme adult cells and return them to an embryonic state: opening 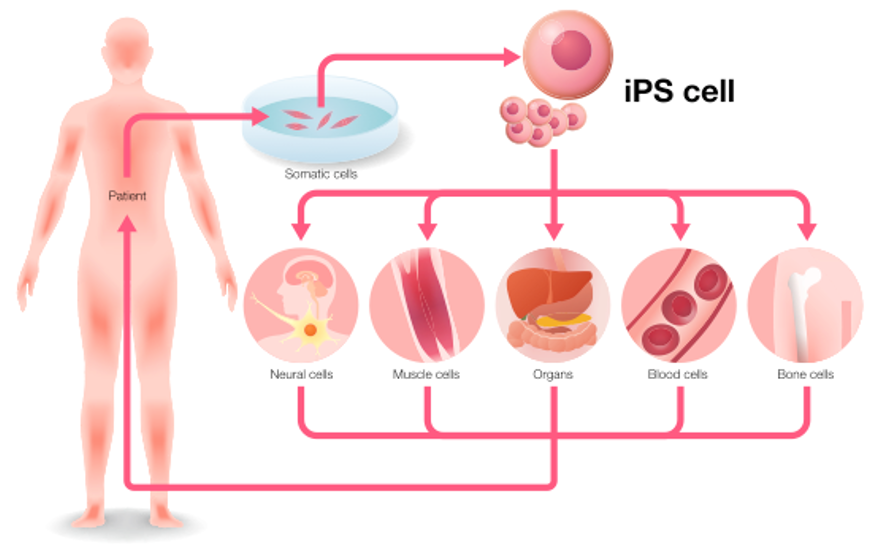 These induced pluripotent (iPS) cells have become an explosive area for medical research.

Researchers could a person’s skin, blood or other cells, reprogram them into iPS cells, and then use those to grow liver cells, neurons or whatever was needed to treat a disease.

This personalized therapy would get around the risk of immune rejection, and sidestep the ethical concerns of using cells derived from embryos.

Quality control has proved an issue.

But iPS cells have become a vital tool for investigating disease and developing treatments for damaged tissue and cells.

According to Transparency Market Research the global stem cell market’s likely CAGR is 13.8%, yielding a $270 billion market by 2025.

Why Stem Cells are a state priority for Japan

Japan has led the world in stem cell research since Shinya Yamanaka (pictured) made his breakthrough. 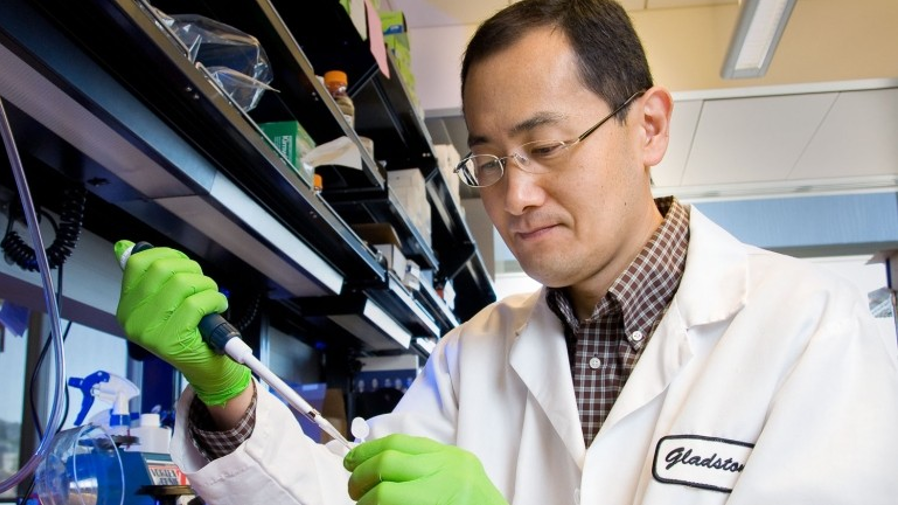 And the Japanese government is determined to support research in this field. It’s become a state priority.

The Japanese authorities realize that they are already well down the road of what is the direction of travel for much of the rest of the world over the next two decades.

And they see an opportunity to become the world’s main test bed for the high growth business of improving the health spans and wellbeing of the world’s ever elderly.

Stem cell treatments are key to that plan.

As they see it, the ability to create, culture, and mass produce induced pluripotent stem cells, that can be engineered to replace or regenerate specific human cells — such as liver or brain cells and tissues — will be critical to help tackle the global epidemics in diabetes, cardiovascular and autoimmune conditions, and neural complications such as Alzheimer’s and Parkinson’s.

Almost 12% and rising, of the state’s ¥126bn ($1.15bn) medical research budget is now channeled into the field of regenerative medicine.

And there are a number of key areas of focus.

With an aging population, Japan faces the prospect of running short of blood platelets because there will be fewer donors and more cancer patients.

Unlike other resources where Japan has faced shortages, from oil to lithium, platelets cannot be imported or stored for long.

The iPS cell is a good solution.

This is vital work in a country that is running chronically short of sufficient volumes of ‘safe’ blood from blood donors.

One of the most promising areas for stem cell treatments is in replacing retinal cells.

An estimated 196 million people worldwide will have some form of macular degeneration by 2020.

And the results so far in using stem cell treatments have been very encouraging.

Last year, researchers at the University of Southern California grew stem-cell membranes and inserted them into the eyes of four people with “dry” macular degeneration, the leading cause of blindness in developed countries.

People with the dry type suffer from a progressive thinning of the retinal pigment epithelium, a layer of cells that support and nourish the light-sensing photoreceptors.

Without this vital layer, which the implant is intended to replace, the photoreceptor cells also die off, and people slowly lose their eyesight.

According to the study author Amir Kashani, there was a significant improvement in vision for several patients. “After surgery, one patient could read 17 more letters on an eye chart than before surgery,” he says.

Japan’s Riken’s Institute is eager to stay ahead of the competition. Their iPS treatment for macular degeneration is already available to Japanese patients.

The older we get the more our brains will find it difficult to learn and remember new things.

Scientists at Center for Regenerative Therapies of TU Dresden (CRTD) recently discovered that increasing the number of stem cells in the brain help in recovering cognitive functions, such as learning and memory, that are lost during ageing.

The researchers stimulated a small pool of neural stem cells in the brain of mice.

And they found out that old mice with more stem cells recovered their lost ability to build a map of the environment and remembered it for longer, performing tasks at the same speed as much younger mice.

Surprisingly, the study found that new cells could survive and form new contacts with neighbouring cells in the brain of aging mice.

It’s an early stage study but a very encouraging one.

And here again, the Japanese are ahead of the action.

It was a stock market phenomenon last year when it IPO’d.

But the failure of a clinical trial in the US with Dainippon Sumitomo Pharma sent its shares crashing.

The company is considered in technical circles to be a world leader in its field and its shares look oversold to me.

I’ve written about the role of Fujifilm in stem cell treatments before.

FujiFilm (Tokyo: 4901) has spent many years studying skin for its photography business – developing cutting edge technology for skin and light spectrum analysis – and in recent years they have started using that knowledge in a very interesting way, moving into a variety of skin related businesses.

Fuji’s analysis of film was also a huge advantage in working with collagen: which accounts for half of the materials in film.

Collagen is vital for fabricating scaffolds for stell cell delivery and Fujifilm is aggressively leveraging its expertise: just recently it acquired Biogen’s Danish based bioreactor operation for just under $1 billion.

This will help it to develop cells lines for the use in everything for drug discovery to anti-aging therapies.

As I said, SanBio looks promising.

Sangamo is working on drug candidates that target transfusion-dependent beta thalassemia (TDT), a disorder that hinder the ability of hemoglobin to carry oxygen around the body.

Patients with this blood disorder showed significant improvements in clotting factors in their blood after taking SB-525.

Sangamo is partnered with Pfizer to develop the drug and is moving towards phase 3 trials in the months ahead.

I’ll update on this story as news comes in.