The Big Money’s coming after crypto 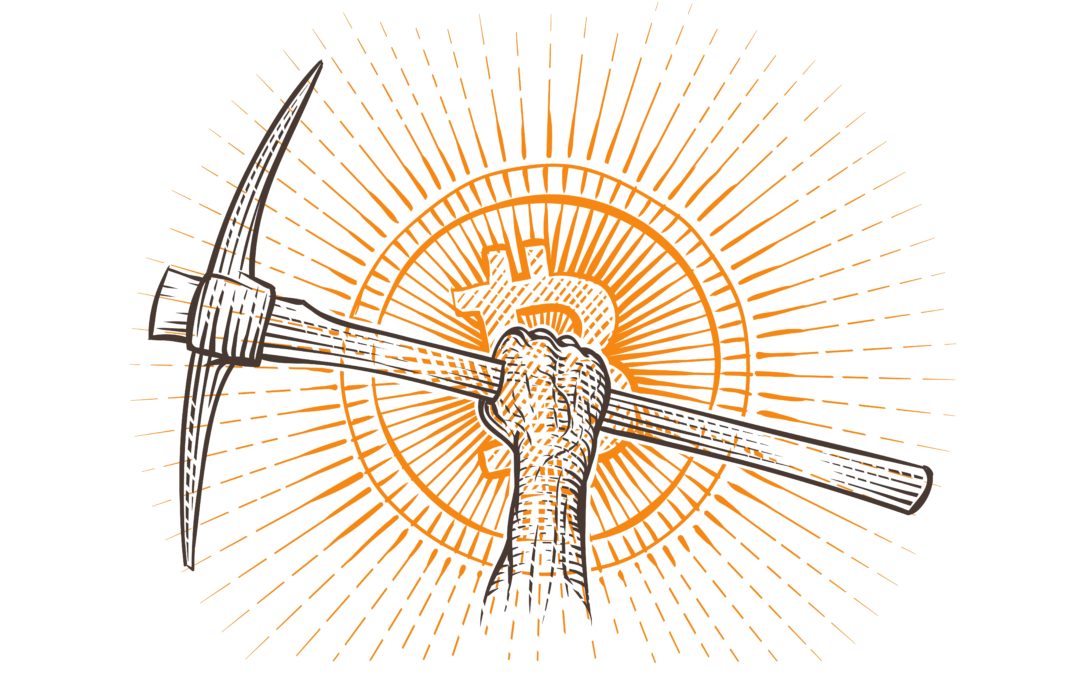 For a while, Bitcoin and the whole crypto space was seen by the mainstream financial industry as a wild west casino.

A place for reckless speculators to make (and lose) money quickly.

Remember those stories about JP Morgan boss, Jamie Dimon, slating Bitcoin as a “fraud”… or the late Jack Bogle, head of tracker fund giant, Vanguard, advising people to “avoid Bitcoin like a plague”…

Now the institutions are getting involved.

Big money is moving into crypto

And it’s driving a massive resurgence in the market.

In fact, according to Michael Mac at Crypto Traders’ Academy, this ‘Big Money’ interest is only going to increase.

That’s going to mean potentially huge rises in the price of some of the best cryptocurrencies.

And substantial rewards for those invested in the right cryptos.

You may have seen the recent moves.

Bitcoin is up 152% since the start of the year. The next biggest crypto by market size, Ethereum, is up 108%.

And some of the smaller cryptos like Litecoin and Eos have more than tripled in value in that time.

These are impressive gains. But if Michael is right they could be just the start.

And he’s plenty of experience to inform his opinion.

A market poised to scale

I hope you read Robert White’s issue of Monkey Darts yesterday where he talked a little about Michael’s background and where he sees the market heading in the next few months.

Michael’s been investing in the crypto space since 2013.

And avoided the worst of the fall-out as they burst, making himself a decent fortune along the way.

He’s also developed a formidable understanding of cryptos and the underlying blockchain technology they’re built on.

And he’s excited about the sheer scope of possibilities crypto brings to financial markets.

As he told Robert this week:

“Crypto is not just another technology. It will infect any transferable form of value like shares, commodities, currencies and create whole new types of assets in our lifetime…

If you are starting now, you are arriving at a time when this market is going to scale up in a big way…”

The market understands that – which is why we’re seeing prices of cryptos rise.

“Despite the challenges, we believe that it is worthwhile for investors to begin exploring this area today with an eye toward the long term. Though these investments entail a high degree of risk, some may very well upend the digital world.’’

And earlier this month a report from US asset management giant, Fidelity, revealed this is already happening.

The survey found that 22% of the institutions who responded are already investing in digital assets.

And overall, 40% of them are looking to invest in the next five years.

This is a substantial shift.

As Bloomberg explains, most big institutional investors have avoided cryptos.

Instead, they prefer to invest in traditional assets like stocks, bonds and commodities.

One of the reasons for their reluctance so far, says the report, is that the crypto market has been largely unregulated.

And institutions were also put off by the savage collapse in crypto prices through 2018.

But according to Cambridge Associates, new developments in the crypto industry make it more attractive for these big investors.

“The dramatic declines that swept across the crypto space raised questions about the future of these assets and the blockchain technology that underpins them. Yet, in looking across the investment landscape, we see an industry that is developing, not faltering.’’

Back in February, Forbes reported that the first two US pension funds had invested in crypto assets:

“Two separate pension funds that collectively manage $5.1 billion in assets for the [Virginia] state’s police force and other employees have joined a $40 million investment in the Morgan Creek Blockchain Opportunities Fund, which in addition to backing some of the best-known startups in the space, plans to invest in cryptocurrency.”

They look for good value investments that offer decent returns over the long term.

Katherine Molnar said she was attracted to the “asymmetric return profile that it represents”. In other words, that the potential upside far outweighs the downside.

Morgan Creek’s Mike Pompliano said it’s also that “bitcoin and other cryptocurrencies have proved to be largely disconnected from global events, making them possible hedges to other more correlated assets”.

We’ve made that point a few times here in Monkey Darts.

And if this influx of institutional money and what Michael Mac describes as the “tokenisation of assets and equities” continues, I can only see that trend continuing.

“In recent months, Fidelity, Etrade, and TD Ameritrade amongst other institutions have been building an infrastructure to provide bitcoin custodial services to clients, further solidifying cryptocurrencies as an emerging asset class.

“The adoption and perhaps the introduction of regulatory frameworks in countries like the U.S., South Korea, and Japan have led institutions to become more comfortable in providing services in the crypto market.”

“I think ten years out from the bitcoin story, we’re starting to see a story become reality. And what people are seeing now is that cryptocurrency is not going away. And you don’t have to take my word for it, it’s Facebook, it’s Jamie Dimon, it’s Rakuten, it’s all who are getting in the space either by building infrastructure or providing services.”

I have no idea whether that’s a realistic target within six months from Chu.

But Michael Mac believes we’ll “at least challenge new highs for Bitcoin above $20,000 and we’ll likely see $100k in the coming years.”

Chu is right, though, that it’s not just the financial institutions who are driving this upsurge in interest in cryptos.

There are also powerful global companies investing in cryptos and the blockchain technology.

This from News BTC:

“In addition to institutions, major corporations such as Microsoft, Amazon, eBay, Facebook and Whole Foods are getting into crypto payments and blockchain platforms. The ice has finally melted and crypto winter seems like a distant memory now though the altcoins are still not fully free of the bears just yet.”

It’s exciting times, for sure.

And if you’re sceptical about how long traditional financial markets can continue rising, then now is a good time to be explore these alternative assets.

But don’t do it alone.

Get help from someone who knows and understands these markets and has made a fortune investing in them for the past six years.

Michael Mac will soon be admitting new members to the Crypto Traders’ Academy.

He’s the best person I know to guide you on how to make money from the crypto market.

We’ll get details to you in the next day or so.

Have a peek behind the Academy doors and se what you think. There are plenty of great resources there – and a chance to follow his latest crypto trades.

More on that soon…