This Basingstoke biotech is leading the fight against African Swine Fever 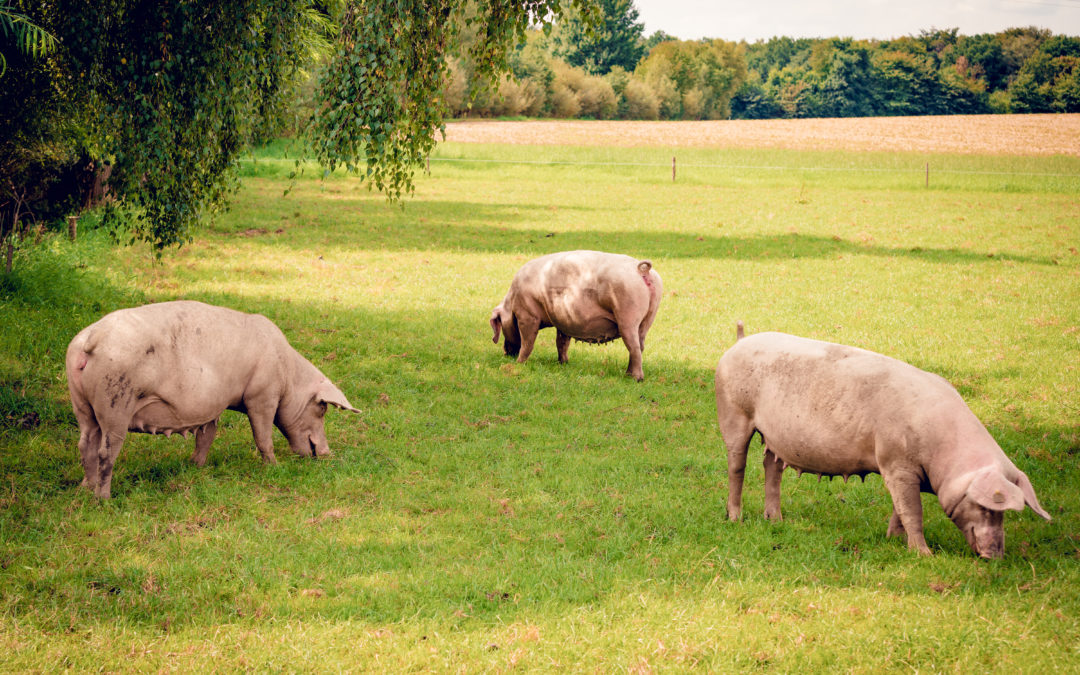 At first the skin goes flushed. Then purple.

There is a slow discharge of blood from the eyes. Organs fail and within just a few days, death. The survival rate is nearly zero.

For the last few months, African swine fever has been devastating populations of pigs across Asia.

The virus, which doesn’t affect humans, has spread from China to Cambodia, Mongolia and Vietnam.

Chinese farmers have seen their herds devastated. The country’s stock fell 21% – about 73 million pigs – between March 2018 and April 2019.

That’s according to official statistics.

Unofficially, industry experts believe that is more like 40% or 50%. For months the outbreak of the disease went unreported. By the time that government officials recognised the scale of the disaster, their were reports of dead pigs heaped in rivers and ditches across China, according to the New York Times, suggesting that farmers disposed of them without notifying the authorities.

This is a serious crisis for China.

The country derives most of its protein consumption from pork. And higher pork prices are already stoking inflation at a time when the Chinese economy is slowing.

The risk is that this food crisis could mutate into an economic crisis.

Analysts at Rabobank, which lends heavily to the global agricultural industry, have predicted that China will produce 150 million to 200 million fewer pigs this year because of infection and culling.

So the government is taking aggressive action.

China has culled nearly a million pigs, set up roadblocks and built fences. It has bought frozen pork to build up its strategic reserve.

Farmers have been threatened with punishment for not immediately reporting outbreaks.

Chinese companies have even been using facial and voice recognition software on farms to track the health of pigs.

But in a country where there are still 26 million small pig farms, there is very little that can be done to quickly stamp out the virus.

This is a hugely contagious disease.

There is no vaccine or cure. It can spread through contact between animals or through infected pig products, meaning it can lurk for months in sausages or ham.

It doesn’t affect humans, but they can carry it.

It has already been found in sausages transported by Chinese tourists in Australia, Taiwan, Japan and Thailand.

British farmers are on high alert.

Cutting a Disease off at its Roots

So this is a good time to look at investing in Genus [GNS: LON].

This biotech company could play an instrumental role in preventing future outbreaks of this kind of disease.

Genus is an animal genetics company.

It analyses the DNA of cows and pigs to select the healthiest parents and herds for farmers.

The breeding selection programme tests approximately 350 dairy bulls per year in a rolling five-year programme, which includes creating and measuring the output of 35,000 daughters.

It produces pig and bull semen that has been genetically modified to be resistant to disease. 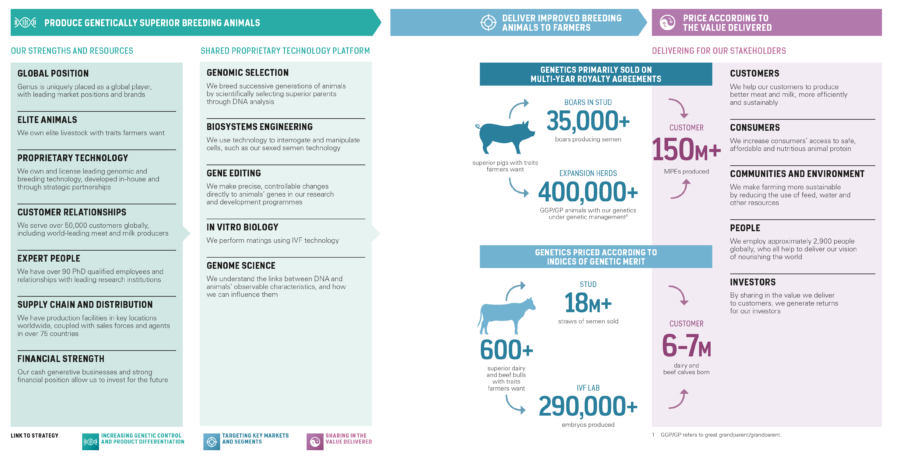 The first big breakthrough for the company came in 2015, when it bred pigs resistant to Porcine Reproductive and Respiratory Syndrome, known as “blue ear” disease because of the bluish discoloration to the ears and body that infected pigs display.

This is a disease that has been ruining the swine industry.

It attacks immune cells in the lungs, causing severe breathing problems in young pigs and reproductive failure in pregnant females.

Blue ear is endemic in most pig producing countries.

It has persisted in China at low levels since a major outbreak in 2006 killed some 400,000 pigs and affected 2 million more.

In Europe alone, the disease is estimated cost the pig industry more than 1.5 billion euro each year.

By using gene-editing technology, Genus scientists were able to target and remove a specific gene – the CD163 gene – that is vital in the development of blue ear disease.

They were able to create four distinct “elite populations” of male and female pigs that have been genetically fortified to resist Blue Ear.

And since then, it’s been working with the US Food and Drug Administration to obtain regulatory approval to commercialise the pigs in America.

This gene editing technology has huge potential for Genus.

It allows Genus scientists to make changes to an animal’s genome that might take years of selective breeding.

The most common technique, known as CRISPR-Cas9 acts as ‘molecular scissors’, which target a specific point on the genome and cut it open. 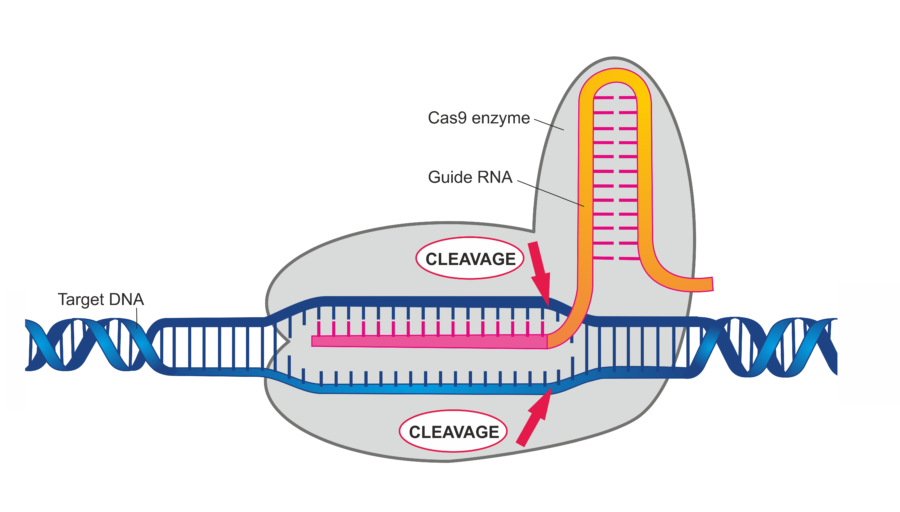 The cells’ DNA repair the break and introduce changes to one or more gene, enabling scientists to precisely remove, add or alter sections of the DNA sequence.

But CRISPR is obviously also a controversial technology.

And it will take Genus time to achieve regulatory approval for any breakthroughs in makes in gene editing.

It’s in China where Genus could really thrive.

Recently, the company entered into a partnership with Beijing Capital Agribusiness (BCA) to breed pigs resistant to blue ear.

Under the terms of the deal, Genus will receive an initial cash payment of $20m and a further $120m to $160m following creation a joint venture with BCA, which is china’s biggest animal genetics group.

It will also work with BCA to find a way to combat African swine fever.

“The vast scale of Chinese import demand for pork will trigger substantial global hog production expansion for which Genus is in prime position to benefit.

African Swine Fever will force Chinese authorities to clamp down on ‘back-yard farming’.

When something similar happened in Russia, Genus’ market share rocketed from 8% to 38%.”

In fact, if you are interested in how CRISPR will change more than just livestock, you should watch this video by Juan Enriquez.

The big question he addresses: how and when do we want to redesign humans?

And it is. Companies working in this field can’t expect to get immediate regulatory approval.

It will take time.

But the work in gene editing continues apace in China, Russia, the US and of course here in the UK.

And the breakthroughs are coming fast.