This is the end of the longest bull market in history 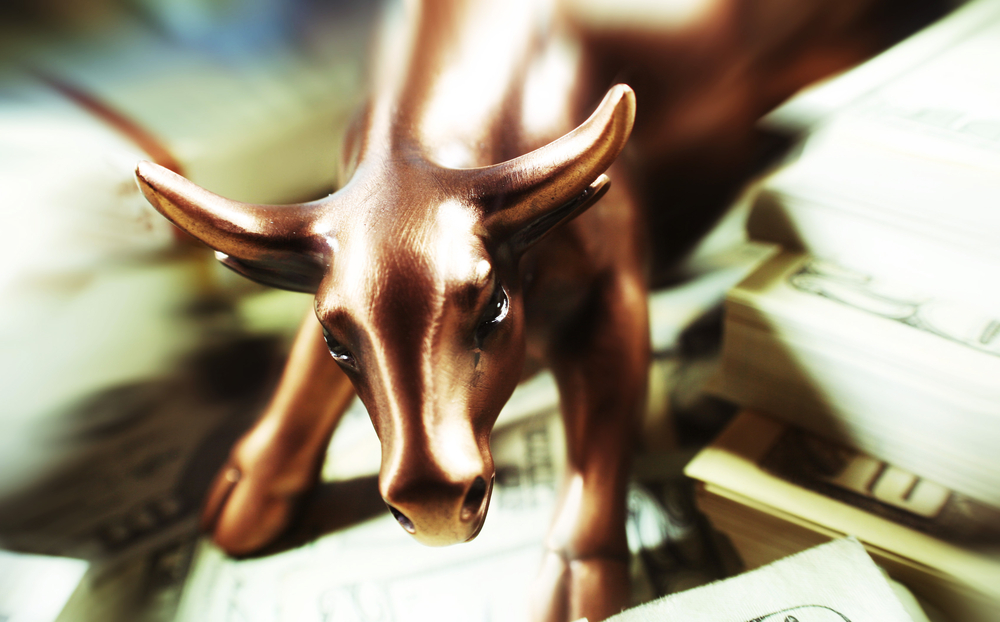 There’s no denying the US stock market has been on a tear.

I’m sure you’ll have seen some of the same headlines I have.

Any of these sound familiar…?

“Stock markets will NEVER fall – they only go UP!”

Alright, that last one’s made up. (Although, the way investors have been behaving lately… you’d think they’d seen that statement… and taken it on board.)

But the first three are all mainstream news headlines from recent weeks.

Which is fine, because it’s all true.

The US stock market IS at all-time highs. And at nine and a half years, this IS the longest bull market in history.

The problem is, these headlines are purely about market price. They don’t say anything about market value – i.e. whether that price is a) justified, b) sustainable and c) likely to keep on rising.

And what’s just as worrying is that it doesn’t say anything about what’s been fuelling this bull market… and what happens when that fuel source dries up.

Let’s have a look at these points, starting with what’s driving these record prices…

The end of excess liquidity

There are a couple of major tailwinds that have helped the US market.

The first has been all that “cheap money” policymakers pumped into the markets for so long to provide liquidity to the system.

Interest rates have been near historic lows for years.

Ever since the Federal Reserve and other central banks slashed them in response to the Global Financial Crisis of 2007/8.

In the US, the Fed cut interest rates from over 5 percent to zero in just over a year.

Other central banks including the Bank of England and the European Central Bank joined in.

The aim? To encourage lending and get the economy moving.

They even tried negative interest rates to discourage saving and get us to spend. Again, the idea was that would be good for the economy.

With the money they created through QE, they bought bonds and other assets, effectively pumping money into the financial system.

All these things the Fed and other central banks did were to promote growth in the economy and lift inflation.

And they certainly sparked a massive run-up in stock prices.

The stock market bottomed in March 2009 and has been rising ever since.

But what happens when we remove all that excess liquidity?

Which is what’s happening now…

In the US, rates have been rising gradually since December 2015. And yesterday the Fed hiked its base rate for the third time this year.

Which, according to Michael Hartnett at Bank of America Merrill Lynch (BAML), is bad news for stock markets.

Business Insider’s got the story:

“BAML argues that the bull market as we know it is essentially over. As Hartnett puts it, “end of excess liquidity = end of excess returns.” And since monetary tightening from global central banks is widely expected to drain liquidity, returns may not be far behind.”

And I suppose that’s just if the Fed keeps to its planned ‘gentle’ policy tightening schedule.

What happens if they need to ratchet that up?

That could easily spark inflationary pressures and force the Fed to hike rates at a faster-than-planned pace.

Rather than an “end of excess returns” as BAML calls it, we could end up with a much harder landing for stock markets.

And there’s another market-driver that could be running out of steam.

Death of the stock market darlings

Most of the headlines we see are about the broad market hitting record highs.

But dig deeper and you find much of the recent performance has been on the shoulders of a small bunch of stock market darlings.

In other words, the current bull market has a “lack of breadth” to it.

Business Insider reports that, according to broker, INTL FCStone, “42% of the S&P 500’s gains since the stock market’s correction in early February” are thanks to a handful of stocks.

They include Apple, Amazon, Microsoft, Google, Visa and Mastercard.

INTL FCStone’s macro strategist, Vincent Deluard, explains that “record highs for stocks during periods of low breadth have historically occurred near the end of bull markets.”

When stock markets saw major collapses in 2000 and 2007, this low breadth phenomenon was evident.

And ominously, Deluard points out, some of those stocks that have been driving the market are starting to break down.

When those stocks stop driving the market higher, what gives? Especially at the same time other support is being removed…

If we get an interest rate-driven correction, Deluard concludes, we could be looking at “a perfect storm for the U.S. equity market”.

As one of those headlines I mentioned earlier points out, that’s the longest bull run in history.

But should you buy it at these levels?

Is it still good value?

Delve a little deeper and you discover that at today’s prices, the S&P has a price/earnings (p/e) ratio more than 50% higher than its historic average.

Put another way, they’re 50% more expensive than what they should be, based on historic values.

And yet another way to think about it is that investors are so optimistic that company earnings are going to continue growing, that they’re willing to pay over the odds to own shares.

When investors get so upbeat that they pay silly money to buy the market, they tend to get burnt.

And when stock valuations get so far out of whack with historic levels, they tend to correct.

The racy p/e is flashing a warning signal that the S&P is ripe for a pull-back at least… and potentially a more serious correction.

And it’s not just the standard p/e ratio that makes stocks look like they’re overvalued.

Have you heard of a man called Robert Shiller?

He made his name calling the end of the dotcom bubble back in 2000.

Actually, he was already well-known amongst market geeks way before that for his work in behavioural finance.

But it was his March 2000 book, Irrational Exuberance, that made him famous.

It was about speculative manias from history and in it Shiller called the market at the time a bubble.

The same month as the book came out, the market peaked out and collapsed.

And since then, Shiller’s career has continued well.

He’s been one of Bloomberg’s 50 most influential people in global finance. And in 2013, he won the Nobel Prize in Economics.

You could say he knows his stuff about economics and the markets.

But what caught my eye recently is that Shiller’s famous market valuation metric, CAPE, is also flashing red.

Shiller came up with the cyclically-adjusted price-to-earnings (CAPE) ratio in 1996.

The idea was that the 12-month earnings used in a standard p/e ratio are too volatile to be useful for projecting long-term value.

By taking the average of ten years of real earnings, you’re measuring earnings over the course of an entire business cycle, through good times and bad.

If you then divide the price by that 10-year average, you get a truer picture of the value of the market – and therefore expectations for future returns. That’s what the Shiller-CAPE ratio does.

And compared to long-term values, the current CAPE for the US S&P500 is very high.

When Shiller came up with CAPE, he used data going back as far as 1881 to get his rolling 10-year moving average earnings figure.

Today’s value is 33, more than double the average.

And according to Marketwatch, it’s only been above 30 on two other occasions,“in 1929, before the Great Depression, and between 1997 and 2002, during the dot-com bubble”.

Which means one thing: that the market is expensive. More than twice as expensive as the average.

Shiller himself believes it’s a “risky time” to invest in US stocks. He says the strong earnings seen lately are unlikely to last. Investors are deluded if they think they will…

“Right now,” he says, “it is kind of a Trump narrative that’s supporting our faith in these earnings numbers, even though you know historically strong earnings growth has generally been reversed before too long.”

That’s not to say the market is about to collapse. The CAPE alone can’t predict that. Perhaps it will get MORE expensive yet. Time will tell.

But with all the other bearish signals we’ve been seeing lately, the odds favour an outcome that will bring stocks back towards long-term average valuations.

As we saw last week, professional investors are preparing themselves.

They’re increasing their cash positions (i.e. lightening up on stocks) and paying for ‘crash protection’ in the form of ‘put options’ to hedge their remaining stock portfolios.

Given the growing market risks right now, that looks like a smart move.