This isn’t it – the real bloodshed is yet to come! 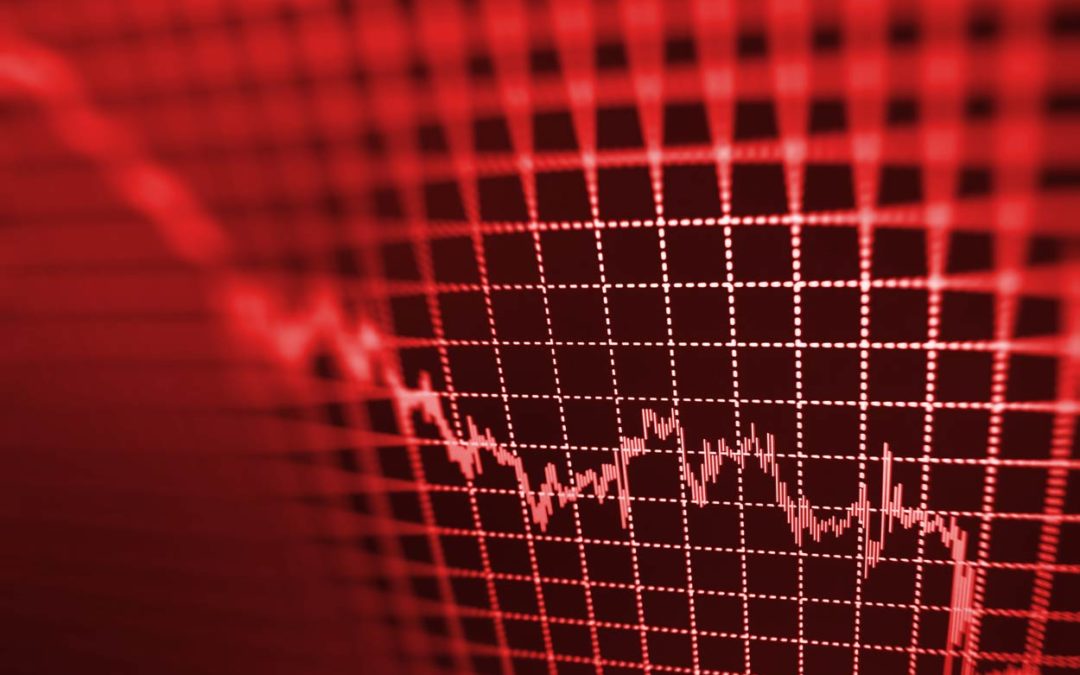 Quite a move down in US stocks over the last few sessions!

And to the casual passer-by, glimpsing a newspaper headline, it might look like the apocalypse we’ve been calling for in stocks is here at last.

There are lots of “worst day since February” headlines about yesterday’s 832-point drop.

It’s not the big one

But in fact, a 1,353-point move on the Dow over a week is not that much in percentage terms. A mere 5%. Which isn’t that unheard of.

And, of course, the impressive 13.4% collapse in just over a week, long-forgotten about back in February.

After each of these set-backs, the market picked itself back up, dusted itself down and started marching higher again.

So, let’s not get TOO excited just yet…

The Dow’s action this past week might be a change from the relentless march higher of recent weeks.

But I’m not convinced it’s the big one.

I’ve no doubt there’s a BIG sell-off coming for US stocks.

And if it does its job properly, it’ll smack UK, European and every other stock market, too.

That will be the time to go bargain hunting for the stocks you want to buy.

But this isn’t it. Not yet…

You know what, though?

There is something big building here…

Remember we had that spike in bond yield’s last week? I mentioned it inMonkey Darts last Thursday.

What’s concerning is that this bond sell-off comes at the same time as that in the stock market.

As Bloomberg points out, that doesn’t occur often.

And when it does, bad things usually happen…

“Bonds and equities are doing something they don’t usually do — fall in unison — with the latest move driving their normal inverse correlation to the weakest levels of the past two decades. The relationship has come completely apart only three times in that period, and each episode was followed by an equity market slump, including the last one, in 2014.”

In other words, look out ahead… there could be a proper stock market correction (not a pretend one like we’re seeing now) on its way.

And it’s because there’s inflation in the pipeline – too much for the Fed to be able to handle with its current monetary policy programme.

That’s why the smart money is selling bonds…

They reckon the Fed’s going to have to step up a gear with its short-term interest rate hikes to keep the coming inflation under control.

And if short-term rates are going up… fixed yields on 10-year bonds lose their appeal.

Long-time Darts readers will know I’m nervous about the markets.

And I dare say some of those readers probably think I should change the record… and give all this doom mongering a rest!

But hey, I only tell it how I see it…

Maybe I should relax, sell all my gold, take the cash from beneath my mattress and put it to work in the stock market…

It (usually) only ever goes up, after all!

The action of the past week, especially yesterday, is a sign that I’m right to be fearful.

Is this little sell-off just another bump in the road for stocks… as they continue onwards and upwards?

Or are we nearing the end of the road, a precipitous drop and a sobering slap in the face for complacent investors?

That’s just the way it is right now.

As thick and fast as the warning signs are coming right now, this market does have a remarkable resilience about it…

Which means we shouldn’t be at all surprised if it picks itself up off the floor and heads higher again… before the sell-off begins in earnest.

Indeed, that’s the line taken by one big-hitting US investment manager.

Scott Minerd of $265 billion asset manager, Guggenheim, says the action of the past few days is a “standard seasonal sell-off”, rather than anything more serious…

“It’s too soon to call the end of the bull market but over the course of the next six to 12 months I think people should probably take their profits and bunker down for the next recession.”

Longer term, though, Minerd sees a major crash in the pipeline…

“… because monetary policy is going to get too tight at the same time fiscal policy is going to turn into fiscal drag in 2020. When we get there… our work is showing us that the stock market will probably pull back 40 percent from the highs…”

That’s more like it – that’s what I call a crash.

And it’s when you get a stock market rerating of that kind of magnitude that you’ll be thankful you took some cash off the table ahead of it.

Of course, we’d all love to be able to time things, so that we cash out the day before the big sell-off.

But, you’re unlikely to ever do that. So, it makes sense to lighten up on positions that have had a good run when you get the chance – selling the rallies.

When the dust settles on this latest correction, perhaps there will be a decent rally to give that opportunity.

How to profit from the return of volatility

One thing’s for sure, though…

There will be more volatility ahead than we’ve seen for a while.

When you get sudden market drops like we saw yesterday, at the same time as people like the Fed Chairman are talking up the economy, it confuses investors.

As that battle between bulls and bears rages, expect markets to swing about violently.

But it does imply that investors are spooked enough to pony up for portfolio insurance in the form of options that rise in value when the market falls.

That makes sense for buy and hold investors.

If you’re ‘long only’ and there’s a high chance of a major market correction, you’re bound to be fearful.

You don’t want to lose 40% of your portfolio that’s been growing nicely over the past 9 years.

But as we often say in Monkey Darts, if you’ve got a portion of your capital that you use for short-term trading, then you shouldn’t let a bit of volatility scare you…

In fact, you should be welcoming it with open arms!

It’s what provides you with the opportunity to make fast, big returns.

And if you know what you’re doing, you can take advantage of market moves in both directions, up AND down.

The last quarter of this year could turn to be a trader’s paradise if we get the right conditions – a return of volatility, but not TOO much.

My colleague Keith Cotterill, for one, is delighted with the action of the past week…

“Just Right” conditions in this market

Keith’s been trading the markets for almost 30 years.

And he’s become a master at seeking out the right levels of volatility for trading across multiple markets.

According to Keith, you don’t want HUGE volatility – with regular 5%-10% moves daily.

It’s too easy to get caught on the wrong side of those moves.

But at the same time, you need enough action to produce lots of opportunities.

What you really want is what Keith calls “Just Right” conditions – where the market is volatile enough… but not TOO volatile.

After drifting lower towards historic lows for the past few months, the VIX has suddenly spiked higher.

But as the chart shows, it’s still way off what you’d call extreme levels of volatility, like we saw back in February:

At these levels of volatility, there should be plenty of tradeable moves in stock markets – but without being unmanageable.

Let’s see what today brings when the US markets open.

(While we were sleeping, Asian markets got clattered – and US future are pointing lower again. But it’s what the action is in the cash market that’s more important…)

Anyhow, it’s not even stocks that Keith’s most excited about right now…

He’s identified one previously ‘hated’ market where he believes conditions are now “Just Right” for seeking out profitable trades.

And you should see how it’s performing right now – the gains he’s been making with this are quite remarkable.

If you’ve been looking for some action for your ‘short-term’ money, you won’t find a more exciting opportunity than this.