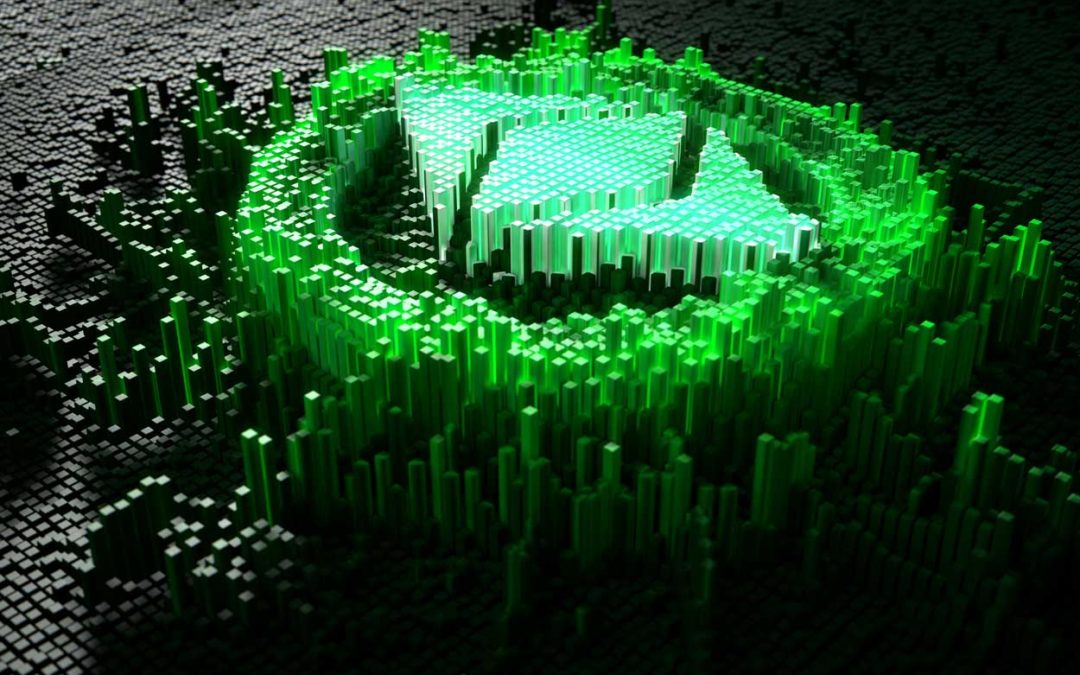 This morning I listened to a fascinating hour long talk on the crypto market and I wanted to lay out the fully story for you today in this issue of Monkey Darts.

The discussion was hosted by Finn and Michael, over at the Crypto Traders Academy.

And it focused on a new phase for the cryptocurrency market: one where banks, tech giants, cities and even central banks start to build what sounds like a completely new financial system.

This financial system will have its own currencies.

It will have its own stock exchanges.

It will allow millions of people in Asia and Africa to invest outside their own country for the first time.

And by the sounds of it, most of this new system is likely to be built on one platform: Ethereum.

It’s a story with huge scale.

And it could be very profitable for those looking to build a stake in this system.

I’ll say more about how to do that later in this issue.

But first let me get to the kernel of this story…

I’ll start by explaining a little bit about what Ethereum is.

The basic idea with Ethereum is that it operates as a “world computer”.

It’s likely an early version of the internet.

Anyone with an idea for a company can set up a website, and develop an application on Ethereum for everyone to use.

In order to encourage these projects, Ethereum has its own native currency – “ether” or just Ethereum – which people use to stake their investment.

In that time, the system has experienced a wide variety problems.

There have been a few large hacks – with millions disappearing over night.

There has been an enormous amount of fraud.

And the system has struggled to scale: Ethereum can process around 15 transaction per second, which is some way lower that the 45,000 processed by Visa.

But the Ethereum platform will be enormously useful for financial institutions.

The benefit of building on Ethereum is that it allows you to execute transactions automatically, without the need for a middleman.

Ethereum can be used to create so-called “smart contracts” – essentially computer code that is automatically triggered when certain conditions are met.

Take the example of Bitspark.

This is a project that is launching a cryptocurrency that is pegged to the Hong Kong Dollar.

Why would we need that?

Well let’s say that you wanted to send money to a relative in Hong Kong.

You could use a money transfer company such as Western Union or Moneygram or through a bank transfer.

But you will pay transfer fee charges, currency exchange rates and other charges.

It will also take a few days for the money to reach the payee.

But with a cryptocurrency, you can send the money in a matter of minutes.

And if there is enough activity on the platform, you will pay next to no fees.

For example, over US$60 million of Litecoin was recently moved for fifty cents.

The trouble is that cryptocurrencies are incredibly volatile.

So Bitspark have launched a currency that is pegged to the stable Hong Kong dollar.

Rather than floating freely on the market, this digital currency will rise and fall like a stable currency.

It’s what is called a “stablecoin”.

Buyers can pay one dollar to receive one digital coin, which they can later redeem for the dollar if they choose to cash out.

That way you get the best of both worlds: a fast and cheap way to send money, and also the stability of a major currency.

You can see how they might be useful for a global bank.

It could allow them to execute huge trades and transfers cheaply and quickly.

It would also be useful for people sending remittances – a huge market that is ripe for disruption.

“I can see a world where any bank will issue its own coin for trading and exchange purposes,” says Finn, on the talk I listened to.

And banks are not the only companies lining up.

“You could have a company such as Apple release Applecoin.

The advantage for Apple is that they get a new revenue stream out of having their own currency.

And they also get perfect information about who is buying what and where around the world.

If you think of the biggest companies in the world. They are literally all tech companies. And apart from advertising, the main product they have is data on their users.

So if you can get a better picture of how money works, that’s massive”.

You are also likely to see cities issuing their own coins.

That’s a case I’ve made myself here in Monkey Darts.

In fact there are now about 120 stablecoin projects under way, according to Stable Report, a crypto research group.

While they represent a small fraction of the wider cryptocurrency market, the value of all stablecoins stands at about $3bn, and their issuers have attracted some $350m in venture capital funding to date from the likes of Google Ventures and Andreessen Horowitz.

Then you have stock tokens.

This strikes me as development that could be even more promising that stablecoins.

The idea here is that companies can issue stock: allowing investors around the world to invest in blue chip companies in the US.

This is already happening with the DX.Exchange – which launched recently and offers support for trading of 10 cryptocurrencies and 10 Nasdaq stocks implemented on the Ethereum blockchain.

Each digital token is backed by shares in the company.

And because the tokens are divisible, you can very small amounts each month in these shares.

So this could easily make stocks accessible to an audience of global investors who don’t have broker accounts or don’t have ready access to US markets, or weren’t inclined before.

The popularity of Bitcoin in countries such as China, Korea, Venezuela, Argentina and elsewhere shows just how quickly a global marketplace like this can materialise.

“These tokens will be regulated assets that come with a high level of trust.

You will have new middle classes in Asia and Africa that will be able to invest in quality assets for the first time.

And people won’t need bank accounts to gain access to it.”

DX is based in Estonia, thought it’s backed by Nasdaq, but apparently there are US exchanges preparing to launch similar ventures in the coming months.

Ethereum is “a machine for new decentralised finance”

So how can we profit?

Well we are only seeing stablecoin and tokenised securities are only really taking hold now.

You’ll read about this in six months time in the mainstream press.

But as Finn and Michael point out, the outlook is extremely bullish for ETH over the long term.

For my sake, I’ve find their stuff useful in terms of learning how to first get set up in crypto: the right exchanges to use, the security risks and precautions you need to take.

And it’s also been tremendously useful to find out when it’s time to buy into a coin.

Timing is everything in such a volatile market.

Finn and Michael have traded through several bubbles in crypto at this stage and they got out of the market well before it crashed last year.

Now they seem to be preparing for a new big cycle…

To find out how or when to buy into Ethereum, it’s worth taking a trial of the Crypto Trader’s Academy.