UBS: We are now odds on for a global recession 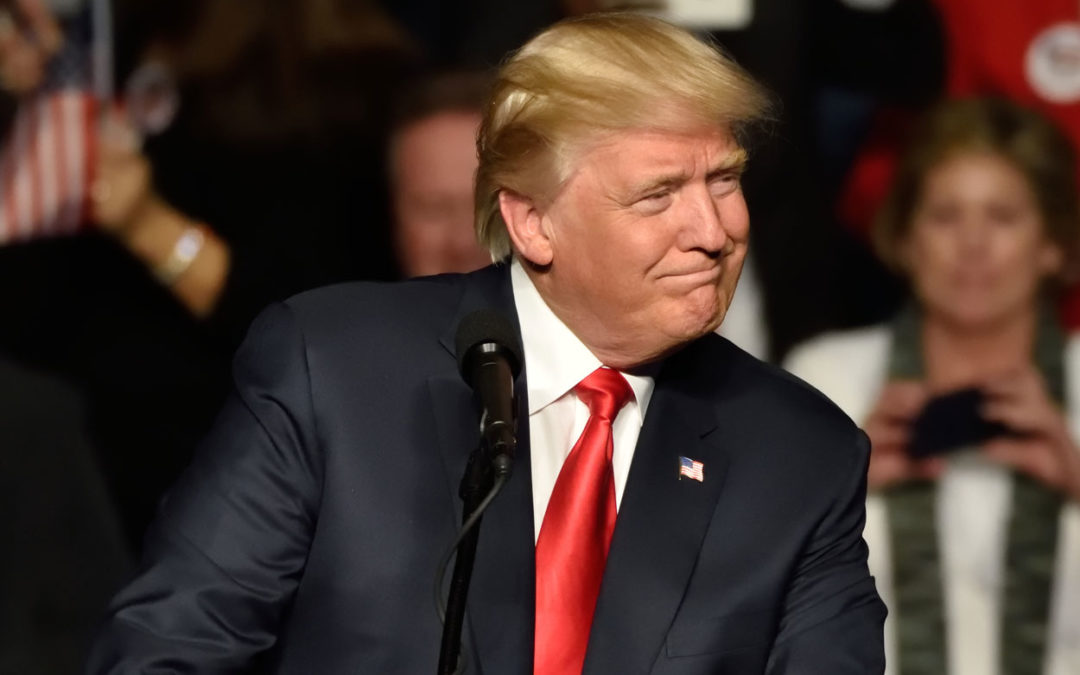 Things are going from bad to worse for the US economy.

He’s at it again this week with his “Budget for a Better America”.

Like the UK budget, it’s where the President tells Congress what his priorities are for spending…

Which government agencies and programmes should get more funds… and which get less.

To pay for record spending on defence… and of course a big chunk of money to pay for The Wall.

Nothing too unexpected there.

But within the budget proposal were some fantastical economic growth projections for the country.

That’s way higher than the 2.3% estimate from the Congressional Budget Office…

Or the 2.5% and 2.3% projections from investment banks, Goldman Sachs and Morgan Stanley.

Of course, Trump’s team are talking the figures up… to support their budget proposal.

But it doesn’t stack up… not when you see what’s going on (or not) on the high street, for example.

Data just out says consumers are not spending like they were even a few months ago.

When spending dries up

Instead of splurging cash on new cars, expensive clothes or top-of-the-range smartphones, they’re putting that money away.

Keeping it back for the proverbial rainy day.

And they’re paying down credit, too, as borrowing rates sit at multi-year highs…

This from The Telegraph:

“Economists fear that the weight of higher US interest rates is beginning to bite. Credit card rates have hit their highest level in decades while US banks have reported that demand for credit cards, car financing loans and other consumer loans has dropped off sharply in recent months.”

And given that consumers are the major driver for economic growth, that’s bad news.

It’s bad news for shops, for businesses that make things and for ones that provide services.

Ultimately, that’s bad news for the US economy… indeed the world economy… and, of course, for stock markets.

The most important driver for the economy is stalling

When they spend, they help the economy in two ways.

They directly support jobs in companies that produce, transport, and sell final goods and services.

And indirectly they support jobs that make inputs (parts and materials) that are needed for final production.

According to the Bureau of Labour Statistics, “more U.S. jobs directly or indirectly relate to consumer spending than to all other sectors of the economy combined.”

So, when we hear that consumers are stopping spending, we should take that as a warning sign.

And that’s exactly what we’re hearing this week.

“A growing number of Wall Street economists are downgrading their expectations for first quarter U.S. growth, after a sharp drop in December’s retail figures suggested consumers could be losing their enthusiasm to keep spending.

November–December retail sales suffered the largest monthly drop since September 2009, according to Reuters:

“U.S. retail sales recorded their biggest drop in more than nine years in December as receipts fell across the board, suggesting a sharp slowdown in economic activity at the end of 2018. The shockingly weak report from the Commerce Department on Thursday led to growth estimates for the fourth-quarter being cut to below a 2.0% annualized rate.”

Analysts now expect the economy will slow down further in the first three months of the year.

“Unless there is a big upward revision to the disastrous December retail sales figure, the weak end-of-quarter consumption profile provides for very challenging arithmetic for first-quarter consumption growth,” said Michael Feroli, an economist at JPMorgan in New York.”

People are cutting back on buying things.

A lot of it right now is big ticket items, like cars and kitchens and more expensive luxuries. Discretionary spending.

Perhaps they pass up on a top of the range iPhone or Huawei handset and opt for a cheaper model instead… or just make do with the one they have.

But there’s a chance this ‘thrift’ may spread to less expensive more routine purchases.

And that’s where the damage to the retail sector… and any other businesses feeding into it… could hit hard.

Why consumers are worried

It makes sense that consumers are pulling in their horns.

When you worry about your financial security, the smart thing is to stop spending… start saving.

And there’s a lot to worry about out there.

For starters, the US-China trade war isn’t going away.

It’s the no.1 threat to the US economy.

And whenever there’s talk of a breakthrough, something goes wrong and the rhetoric from both sides sours… without any progress at all.

This from the Washington Examiner:

“President Trump’s trade war with China is locked in the equivalent of trench warfare. Every deadline the U.S. set for an agreement has passed without one. Both sides are unwilling to compromise on key provisions, and although “updates” are frequent, there seems to have been little, if any, real progress.

“As negotiators continue their endless meetings and calls, however, consumers, businesses, and the economy continue to take a hit from the punishing tariffs…”

What else are they worrying about?

Remember the partial US government closure from December/January? When federal workers worked without pay for weeks on end… and local businesses felt the brunt.

Well, there’s a risk that the repercussions from that will have a lingering negative effect on the economy.

And that’s even without another shutdown… something that could well happen due to Trump’s record-breaking budget demands.

This stuff is likely to filter through and hit the economy hard in the coming months… no matter what pretty picture Trump may be painting about economic growth in his la-la land.

And let’s not forget, even though interest rates are hitting nervous, overextended borrowers, the Fed rate is still low by ‘normal’ standards.

Which means the Federal Reserve is virtually powerless to step in and boost the economy like it did with rate cuts in 2008/09.

Things could get ugly with economic data over the coming months.

If it does, Fed Chief Powell can (and probably will) cut rates 25 basis points…

But if that doesn’t do the trick, well he’s not got much ammo to throw at it.

Probability of a recession jumps

Consumers are rightly anxious about all of this and are being cautious.

And according to bank analysts, that’s another strong sign that a recession is in the pipeline.

“The probability of a contraction in the US has jumped to 73pc from 24pc in December, a model by UBS has revealed. The sudden surge was driven by a collapse in spending on durable goods such as cars, furniture and kitchen appliances, the “strongest recession predictive power”, it said.

“A sudden deterioration in the health of American consumers would pose a major threat to world economy, which is already slowing.

They accounted for 17pc of world GDP in 2018, larger than any other component including China’s GDP, according to Deutsche Bank.

“The weakness in the data is now fully consistent with a very real risk of a recession,” warned UBS economist Pierre Lafourcade.”

Not that investors seem to be reading it that way, of course.

But we’re used to that level of complacency by now:

If markets tank, the President will throw a wobbly…

The Fed will step in with the “Powell put”…

And markets will keep going higher…

That’s what’s driving stock markets now, it seems. It’s certainly not the economic data coming out of the States.

By the way, long-time readers know that I tend to focus a lot on the US economy.

Well, it’s the largest, most important economy in the world. And what happens in America affects us all – and our investments.

And to be honest, the main story here in the UK is Brexit. It dominates the news, on radio, print and online.

Frankly, I have no idea where it’s going to end up – and so it’s tough to make any informed analysis about what it means for your money.

So, rather than commentate on what twists and turns come out from that story – which you can get from any news platform – I’d rather wait and see what happens.

Having said that, there’s a similar picture developing here as there is in the US when it comes to consumer habits.

“Consumer spending growth and retail sales fell last month as households cut back on non-essential items amid fears over Brexit and the UK’s economic prospects.

“Despite a modest recovery in sales during January, when many buyers flocked to the shops for new Year discounts, retailers suffered a slowdown in sales last month as industry experts warned that uncertainty ahead of Brexit seemed to dent shoppers’ spending habits.”

And still the markets go higher.

Perhaps that’s why gold is heading higher once more.

It’s still not paying anyone any dividends. That’s not the point of gold.
But if this bull market in stocks changes to bear market… it could well be the part of the portfolio that holds its value the best.