We are approaching a savage correction 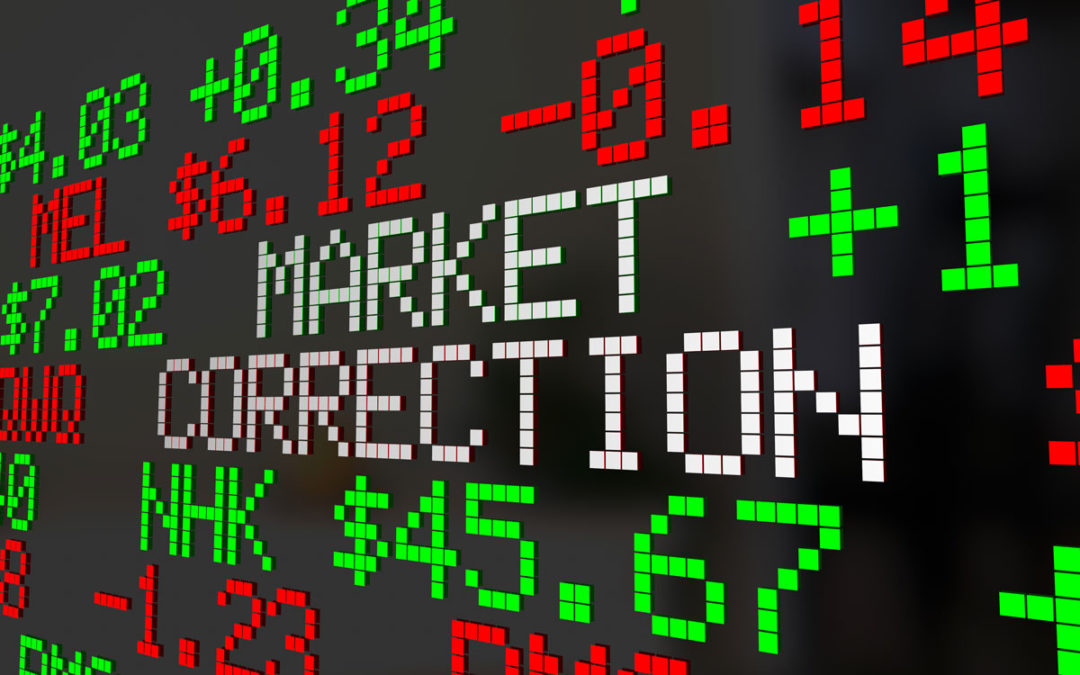 Markets are great at ignoring reality.

Just take what’s going on at the moment…

It doesn’t matter that global economic growth is stalling…

Or that the Fed boss, Jay Powell, has ripped up his game-plan and stopped raising rates (because he knows the economy can’t handle it) …

Despite all of that – AND MORE bad stuff – the markets have been on fire in January!

They’ve been heading higher as though the exact opposite of those things I just mentioned were happening.

Marketwatch details how impressive the surge from the lows seen on Christmas Eve has been:

“… from that lowpoint, the Dow Jones Industrial Average has climbed 16.5%, the S&P 500 index has ascended by about 16.3%, the Nasdaq Composite has surged by 19.3%, while the small-capitalization focused Russell 2000 has jumped by more than 20%, according to FactSet data.”

Even the FTSE 100, with all the uncertainty ahead of us, and that special place in hell for the Brexiteers, has managed a 10%surge.

And the bulls are revelling in this performance!

Having been deathly quiet during the market carnage that marked the final quarter of 2018, they’re becoming more vocal again.

“After the worst December since the Great Depression, stocks just saw the best January in 32 years.

“Yet few know what to make of it!

That’s from respected US newsletter writer, Steve Sjuggerud, one of the most vocal proponents of the “Melt Up” thesis.

And if it rings a bell, it may be because you’ve seen it before in Monkey Darts!

And now the bulls are quoting him back at me!

All in on stocks

Steve Sjuggerud is all in on stocks…

He recently told his readers that at the start of January: “I put more money to work in U.S. stocks than I ever have in my life…”

Even more than he invested following the 2008 financial crisis – a move which, he says, “doubled my money in 13 months”.

So, he’s putting his money where his mouth is.

And he explained to his readers WHY:

“Why am I doing this now? Because the opportunity today is similar to what I saw back then…

“I’m scared as hell,” one family friend told me at a holiday party two weeks ago. “Trump, the trade war, the market volatility… I’m getting OUT.”

“I couldn’t say it at the party, but that “scared as hell” sentiment is what I live for as an investor.

“When I see and hear that people are “scared as hell” – it’s game time. It doesn’t happen often. But when it does, that’s when you tend to get the biggest upside potential – and you have to take advantage of it…”

And of course, that’s not a new concept – people have been saying it for years… this idea of buying at moments of maximum pessimism.

Warren Buffett, who can still lay claim to the “world’s greatest investor” title, if you consider how long he’s been at it, famously said:

And before him, his great mentor, Ben Graham, said:

“Buy when most people, including experts, are pessimistic, and sell when they are actively optimistic.”

Another American investing legend, John Templeton, put it like this:

And perhaps most often quoted of all is old Nathan Rothschild, the 18th century British nobleman, who cleaned up by buying cheap stocks during the darkest hours of the Napoleonic wars.

“The time to buy is when there’s blood in the streets.”

The common thread running through these quotes from famous moneymen is that the worse things appear to be in the market, the better the opportunities are for profit.

And I get that.

I like the contrarian approach. And I dig the idea of loading up on stocks when everything is being thrown at them and it seems like things cannot get any worse.

My problem with right now is: Are we really at that point now? Were we at that point in December? Was the run-up to the peak in October the final death throes of The Great Bull Market 2009-2018? And are we now in a bear trend that will take stocks far lower?

All the stuff I read suggests there’s far more to come to the downside… and that the melt up is over (or very nearly over).

What if the Melt Up has been and gone?

According to Dr. Sjuggerud, the “melt up” is still very much in play.

To remind you, the melt up idea is that bull markets tend to end with a huge rally that takes stocks sharply higher in the final stages… before the unavoidable crash.

But if this latest surge is indeed the melt up, then it only makes me more concerned that the end is near.

Given the back drop of bleak conditions that we’ve been studying in Monkey Darts over the past year, this rally smacks of a certain gay abandon on the part of investors…

As though this is a bandwagon they don’t want to miss out on… even if the wheels are starting to wobble… and could come off at any moment.

Steve Sjuggerud said it himself last year when he said that a melt up is the “final furious stage of a bull market… a period of manic euphoria”.

So, when investors keep on buying, even though the data is poor, because they don’t want to miss out.

It’s not time to go shopping yet

But is it justified?

I don’t think it is. It looks more like a bear market rally.

This news just in from Marketwatch…

“The earnings outlook for 2019 appears dark.

“Earnings are deteriorating even faster than we expected. The earnings revision… over the past month has been even more negative than we expected, leading us to think our earnings recession trough in the U.S. could be later than [the first quarter] and deeper.”

And sooner or later (I think sooner), there will likely be another savage correction to equal and outdo the one we saw play out from the back-end of 2018.

That’s not to say you should go and sell out of all your portfolio stocks. Markets could still move higher from here. It makes sense to maintain some exposure, if you’re well diversified with other non-correlated assets too – like gold and silver.

If you’ve got a bunch of stocks you fancy on your wish list, now doesn’t feel like the right time to be going all in on them.

There’s a good chance you’ll be able to pick some of them up at a 10%, even 20% discount on current prices.

Of course, much depends on how the US/China trade stand-off plays out from here. And on the actions of central bankers.

The economic backdrop is bad enough in its own right.

But the wrong move from Trump/Xi or a comment from the Fed’s Powell or the ECB’s Draghi could easily determine the next big market move.

Let’s watch as events unfold and plan our move accordingly.