What China’s fall means for your money 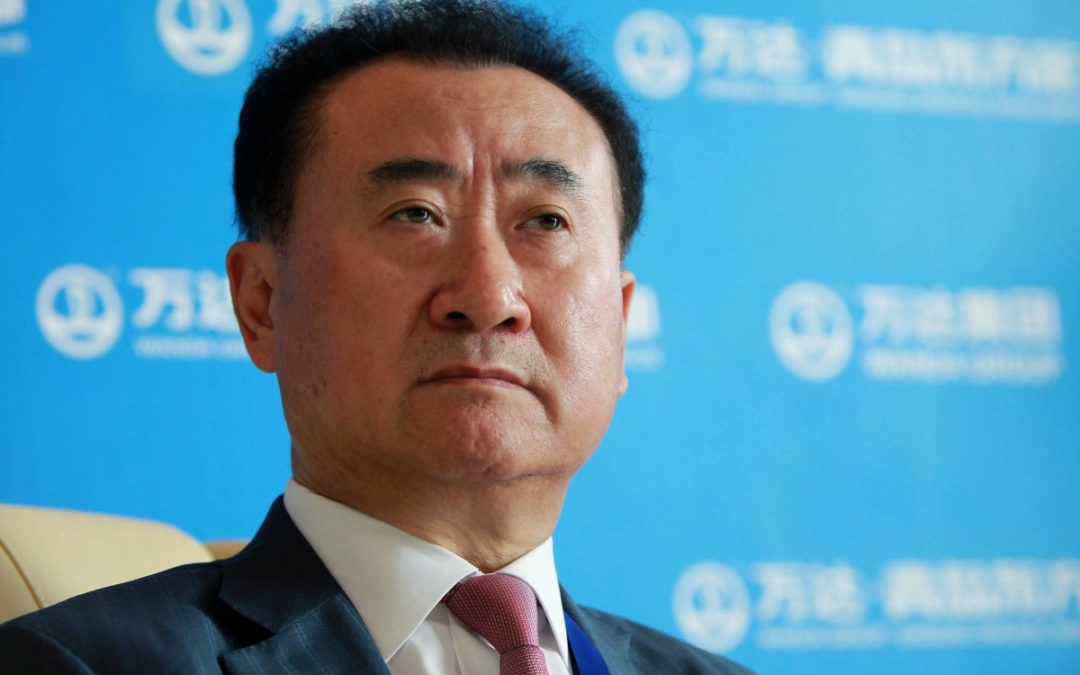 One of five boys, he grew up in a small house in Mianyang, in the Sichuan province of Southwest China.

China has a complex tier system for its 600-plus cities.

You have the four huge Tier 1 cities, Beijing, Shanghai, Guangzhou and Shenzhen.

Then there are smaller, less developed, less populated cities within 5 other tiers.

Growth of a technology powerhouse

Today, Mianyang is a thriving and important Tier 3 city.

There are 18 research institutes and 14 colleges and universities there.

According to Forbes, it’s also home to “many Chinese and foreign-invested companies in industries as diverse as electronics, defense, pharmaceutical and advanced materials”.

And its economic growth has been staggering.

But back in the 50s, when Jianlin was born, Mianyang was nothing special.

In fact, when the People’s Republic of China was established in 1949 following Mao Zedong’s victory in the Civil War, the city had no industry to speak of.

Jianlin’s father was a humble man who worked his way up through the ranks of China’s military and then into politics.

Ultimately, he became vice chairman of the Tibetan government.

What he was never particularly interested in was money.

Indeed, as a card-carrying member of the Communist party, he wanted to overthrow the rich and rail against capitalism.

He left school at 15 and followed his father’s footsteps into the People’s Liberation Army. He served in the military for the next 17 years.

It was only when China moved to a market economy and reduced the size of its huge army in the 80s and 90s that the course of Wang’s life changed.

“When the Chinese army was slimmed down in the mid 1980s, Mr Wang was decommissioned. “My dream at first was to be a soldier, but I was among the million who were disarmed, so I went to do business,” he said.”

After leaving the military, Wang worked as a government official in the north eastern port city of Dalian.

The New York Times picks up the story:

“His big break there came in 1988, when he was transferred to a failing state-owned builder of residential apartment blocks. By his own account, he secured a loan with the help of an old army buddy and returned the company to profitability.

“In 1992, the firm was restructured as one of China’s first shareholding companies, and over the next decade, Mr. Wang oversaw its privatization, emerging as its majority owner.”

It was the start of a new path.

That $80,000 loan launched the business that would become the Dalian Wanda Group.

It’s a conglomerate with worldwide interests in property, entertainment and financial services.

And with an estimated net worth of $12.5 billion, Wang is one of the richest men in China, having held the top spot as recently as 2015.

Wang’s rise from foot soldier in the communist army to billionaire business icon has been in lockstep with the growth of China as an economic super-power.

As recently as the 1970s, the Chinese economy was dominated by state ownership and central planning.

But by the late 80s and 90s, the Communist authorities were actively encouraging privatization and entrepreneurship.

It was this shift that led to unprecedented economic growth for China.

And it allowed Wang and people like him to build powerful companies and huge personal wealth.

But for the past couple of years, things have been challenging for Dalian Wanda.

The Chinese government has been targeting companies, like Wanda, that have taken advantage in recent years of cheap credit from state lenders to expand their interests around the world.

According to Brock Silvers, managing director at Kaiyuan Capital in Shanghai, the Beijing authorities started to panic.

“These deals looked unlikely to generate expected returns, and were thus exposing Beijing to deep economic risk. The [financial] system had been stretched to the limit, and was itself now at real risk.”

So, Beijing wants its money back. And that’s a problem for Wanda and for Wang. They’re having to sell off the family silver to pay back the money men.

The Nikkei Asian Review fills in the details:

“Chinese conglomerate Dalian Wanda Group, known for its acquisitiveness, is unloading assets at a faster pace as a crackdown on corporate debt cuts off financing – with the proceeds exceeding 130 billion yuan ($19.2 billion) for sales spanning the past year and a half.

“The company announced Tuesday the sale of all 37 of its remaining department stores for an undisclosed sum to private electronics retailer Suning.com, which hopes to turn them around in part through a fusion with e-commerce.”

Why does this matter to us?

It’s not that you or any other Monkey Darts readers are invested in Dalian Wanda Group.

It’s not publicly listed, so you can’t own its shares.

No, it’s the bigger picture that’s interesting and worth being aware of.

China’s troubles will affect us all

Wanda’s troubles are symptomatic of the fact that China’s economy is slowing.

And that’s bad news for the rest of the world’s economy, for the outlook for stock markets and for your money if you have it tied up in the wrong kind of companies.

On Thursday, CNBC reported the latest growth data for China:

“Chinese gross domestic product grew 6% year-over-year in the third quarter, the weakest pace in at least 27.5 years. UBS forecast that growth in the world’s second-largest economy will end this year at 6.1% before slowing even more in the coming years to 5.7% in 2020 and 5.6% in 2021.”

It’s some fall from grace.

Since implementing its free-market reforms and welcoming foreign investment in the late 70s, China has been a driving force for the global economy.

That compares to around 4% for the world’s largest economy, the USA.

The World Bank describes China’s growth as “the fastest sustained expansion by a major economy in history.”

And that phenomenal economic strength has helped the world out of a hole in the past.

The Telegraph reminds us:

“A decade ago, in the midst of one of the worst financial crises in history, a white knight appeared. An enormous Chinese cash injection helped the world economy escape some of the worst pain from the credit crunch. It was a massive fiscal expansion, worth an estimated 7pc of Chinese GDP. Combined with interest rate cuts, it restarted the Chinese economic engine, helping revive others at the same time…”

In the wake of the Global Financial Crisis, China’s $589 billion stimulus plan bolstered its weakened economy and set it back on the path to blistering growth.

And it helped fend of a far deeper recession that the US and the world might have faced otherwise.

More, the lasting expansion that China has enjoyed for much of the time since that stimulus has supported the global economy.

While China was growing and building infrastructure projects and cities, it was sucking in commodities and machinery from around the world.

But now, with China’s growth stalling, that support for the global economy is under threat.

For example, recent data from the European Commission points to a slow down in European economic growth to the lowest level since the sovereign debt crisis.

The EC also forecast that global growth “is set to fall this year to a pace usually associated with the brink of recession”.

This is partly due to falling Chinese demand for foreign goods, such as cars.

The South China Morning Post says there has been “an 11.4 per cent collapse in demand for cars in China in the year to July. This fall in the world’s largest car market has inevitably had global impact.”

“China has also reported a sharp contraction in trade,” the SCMP continues, “with imports falling for the sixth consecutive month to 6.4 per cent in October. As it sits at the heart of so many global supply chains, this contraction is being felt across the world, and in particular across Asian economies like Japan, South Korea and Taiwan.”

Analysis by the FT of IMF data confirms that some 100 countries saw the value of their exports fall in the first half of 2019.

It matters to the whole world economy and ultimately it matters to our investments, as markets react.

And as we’ve suspected all along, there is still no end in sight for the US-China trade war. And there are signs that both Donald Trump and Xi Jinping are losing patience.

As that situation further weighs on China’s economy, the outlook for the rest of us gets worse.

So, how’s the market taking it?

Well this week has seen a slight wobble in US stock markets.

But by Thursday it was some 485 points lower, as hopes for a trade deal fizzled out.

Of course, 485 points is nothing. Just a 1.7% pull-back. And a glance at the charts shows the Dow is still trending higher.

For now, that is.

The question is: how much longer before this tired old bull market keels over?