What happens if a bomb lands on your lawn? 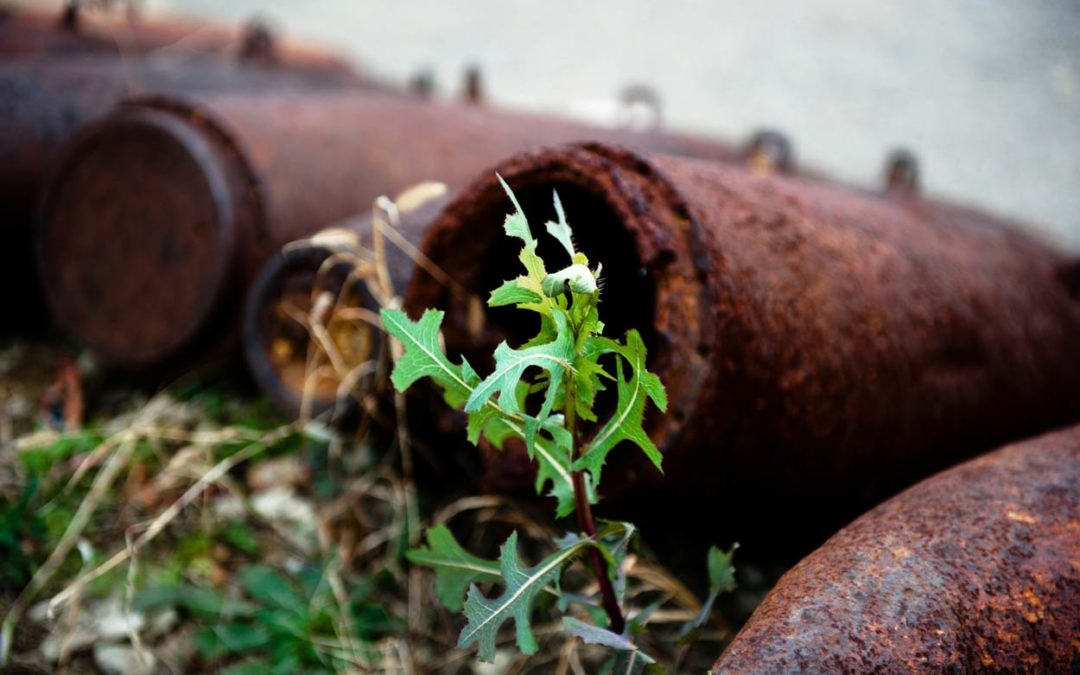 One cold morning in March 1958, in the town of Mars Bluff, a man named Walter Gregg was building shelves in his shed, when an atomic bomb landed in his back yard.

The Mark 6 bomb detonated on impact, wiping out a playhouse and leaving a crater about 70ft wide and 35 feet deep.

The family was shaken…

A half of dozen chickens perished…

But thankfully the fissile core of the bomb had been removed during transit from the US airforce base to its scheduled destination in the UK. 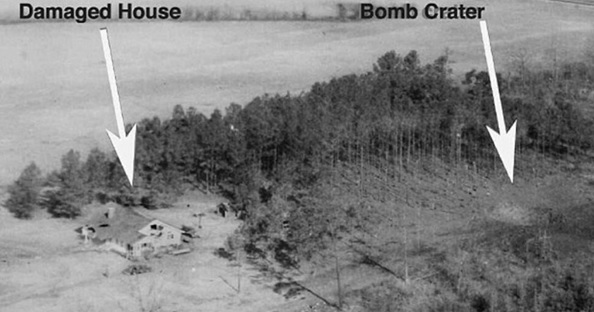 And Gregg’s two daughters, who were playing 200 yards from the crater, suffered only superficial injuries as they were blown back from the blast.

In military talk, this accident is known as a “broken arrow”: an accident involving nuclear weapons that falls short of causing a war.

A new weapon of choice

And I’ve been thinking about this episode this week as I read “AI Superpowers” by Kai-Fu Lee.

It details the emergence of a new cold war.

But instead of nuclear weapons…

This time the weapon of choice is artificial intelligence.

Over the last few years, there has been a catalogue of incidents involving AI-directed attacks.

We know that the Americans bored deeply into Iran’s infrastructure, placing digital “implants” in systems that would enable it to bring down power grids, command-and-control systems and other infrastructure.

And the Russians have been especially busy.

In one attack, Russian hackers managed to take down Ukraine’s grid, leaving 230,000 people without electricity in the week before Christmas.

The attack targeting the grid’s main distribution centers with a barrage of malware – overriding operators’ password access to the system while disabling backup generators.

In fact, the Russians seem be using the Ukrainian economy as their own personal laboratory for these attacks.

And they are becoming increasingly bold.

In the last year, Russia has launched a series of cyberattacks on American and European nuclear power plants and electric systems.

According to the Department of Homeland Security, these hacking units “appear to be interested in both learning how energy facilities operate and also gaining access to operational systems themselves, to the extent that the group now potentially has the ability to sabotage or gain control of these systems should it decide to do so.”

We will see increasing reports of attacks like this.

Unlike nuclear weapons, there are no treaties to prevent AI or cyber attacks.

In fact, they are considered fair game.

For a country like Russia, investing in AI-powered weapons is the best way to compete with America, which has a 10-1 advantage in terms of military spending.

China has committed itself to building a $150bn AI industry by 2030, with military uses a key focus.

And America is just as determined to use its AI resources to infiltrate and compromise the critical infrastructure of its rivals.

Recently, Elon Musk and 116 other technology leaders sent a petition to the United Nations calling for urgent regulation on how AI weapons are developed.

The group stated that the introduction of autonomous technology would be tantamount to a “third revolution in warfare,” following the development of gunpowder and nuclear weapons.

These attacks will take a number of forms…

1. Attacks on grids, banks and hospitals

This is the most immediate risk from our point of view.

You might find yourself lying in hospital waiting for a procedure that has been delayed for hours because the hospital has no electricity.

Or you could find your holiday plans wrecked as air traffic control is knocked out.

Or trapped in the dead heat of the underground.

Dr Mariaosaria Taddeo, an expert in cyber conflicts at the Oxford Internet Institute, has warned that these attacks will only grow in sophistication.

And without any rules to define what is a proportionate attack…governments and hackers are effectively free to experiment.

Just about anything that is hooked up to the internet could be used in the attack.

That includes your computers, your phone, printer, microwave, heart monitor, even your car.

In time, we will grow increasingly suspicious of the devices that we surround ourselves with.

We could also find ourselves increasingly shut out from the internet.

According to Kai-Fu Lee in “AI Superpowers”, the Chinese have become very sophisticated at this.

It seems Beijing watched the Arab Spring with a growing sense of unease. They were convinced that the same could happen in any number of Chinese cities.

So the government set about developing means to control rising dissent – finding was to surgically turn off internet access in cities at a moments notice.

In one incident, the government shut off a major block of downtown Beijing where it feared demonstrations.

It also digitally walled off the entire province of Xinjiang after violent protest there spread via the internet.

“Beijing may even have dabbled with creating a nationwide internet kill switch”, according to a report last week in Wired.

Then there are drones.

In the near future, these will be increasingly directed by artificial intelligence.

In the UK, the Taranis drone, an unmanned aerial vehicle, is expected to be fully operational by 2030 and capable of replacing human piloted fighter planes. 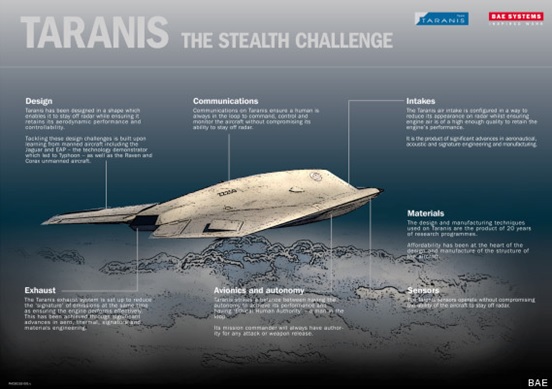 And the problem is not just single drone attacks…but swarms of these things.

The Americans in particular are very serious about this stuff.

Last summer, Darpa staged a contest in which seven bots attacked each other while also patching their own flaws.

This kind of AI will allow be able to overwhelm complex networks like grids.

It will also direct automatic weapons… with unmanned robotics, vehicles and yes, swarms of drones working in concert.

“Certainly human-directed weapons systems can deal with one or two or a few drones if they them coming, can they deal with 103?” asks engineer Mike Griffin, who works with the US Department of Defence.

An instrument of social control

But there is another angle here that is being underplayed.

After digging into this stuff over the last few weeks I’m convinced that AI weapons and technology will be incredibly useful as a means of social control.

We’ve seen how serious the Chinese about quashing unrest.

Beijing also aspires to build a system that will give every citizen and every company a social credit score: with AI following your banking, shopping habits, driving record and online discourse.

The thing is that this is not just about China.

In May this year, about six months after Zimbabwe got rid of Mugabe, the new government announced that it was partnering with a Chinese company called CloudWalk to build an AI facial-recogntion system.

This will allow Zimbabwe to expand surveillance.

And the Chinese will get money, influence and data.

And in July, 700 dignitaries from China and Pakistan gathered in Islamabad to celebrate the completion of the Park-China optical Fibre Cable, a 500-mile long data line connecting the two countries through the Karakoram Mountains.

“Documents obtained by Pakistan’s Dawn newspaper revealed a future plan for high-speed fiber to wire up cities across Pakistan with surveillance cameras and vehicle-monitoring systems, part of a “Safe Cities” initiative launched in 2016 with help from tech giant Huawei and other Chinese firms,” notes Thompson.

“It all seems uncomfortably close to the arms and security pacts that defined the Cold War”.