What if the Powell put fails? 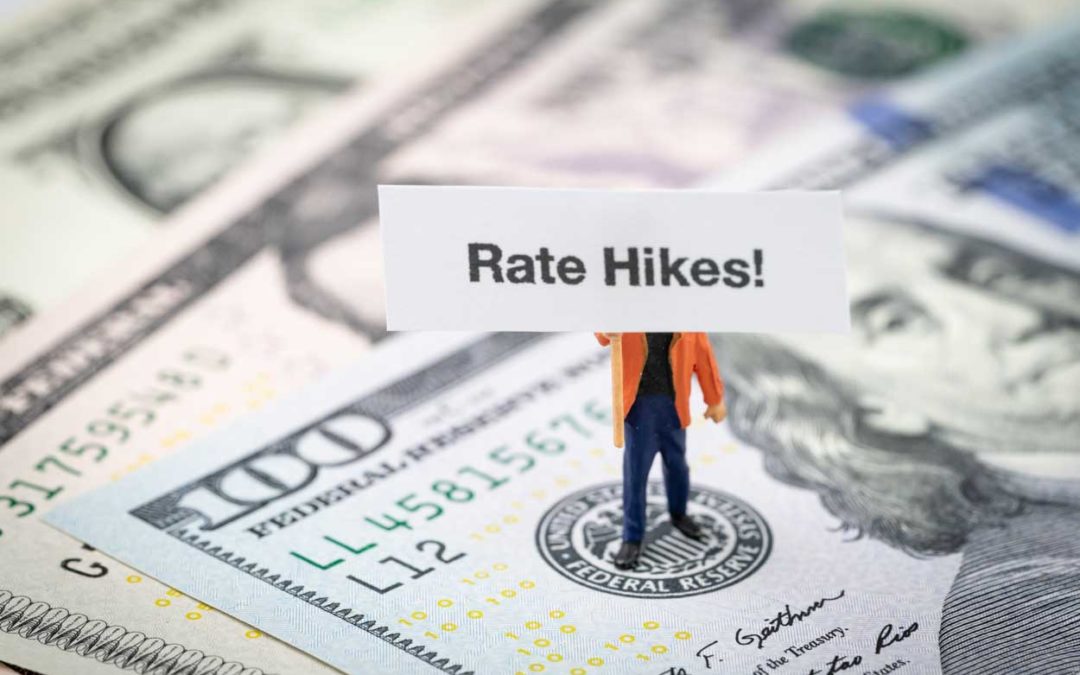 He has been ever since he took the job as head of the Federal Reserve.

Whenever it looks like markets are in trouble, the President gives him a verbal slap or publicly shames him.

“Stop raising rates, you clown! You’re killing my bull market!” was the gist of what Trump was saying.

But after a decade of experimental monetary policy cooked up by previous Fed teams (quantitative easing (QE) and zero interest rates), poor old Powell had a tough job.

He knew when he came to office that he had to raise interest rates… even though he likely knew stocks would react badly.

… there was no room to go any lower if he needed to.

“In recent recessions, governments have cut interest rates to keep their economies chugging along, and even have bought bonds to stimulate growth. But central banks don’t have close to enough ammunition to fight another serious slump anytime soon.”

So, Jay Powell had been trying to fix that.

He knew he had to raise rates to give the Fed “enough ammunition” to fight any new crisis that might come its way.

Rates had to be at a high enough level that the Fed had scope to slash them again… to spark a recovery!

That was the plan.

So, almost as soon as Powell sat down in the chair Janet Yellen had been keeping warm for him at the Fed, he started hiking rates.

The plan was to get rates up to 4% and reduce the Fed’s balance sheet, bloated by buying up bonds during the QE programmes.

To get everything to more ‘normal’ levels… for when the bad times come.

But this path of monetary ‘normalisation’ old Jay was taking was doomed.

Each time he hiked rates and talked of clearing down the Fed balance sheet, the market wobbled.

Each time the market wobbled, along came the jibe from Trump.

When it got to the final rate hike in December 2018, and talk of more hikes and “autopilot” balance sheet reductions in 2019…

The market just about tipped into bear market territory, down 19.8% from the peak in October.

Powell blinks… and the market surges

And that’s when Powell blinked and caved in.

He’d had enough of sleepless nights, fretting about what the President would do if the stock market correction turned into a full-blown bear market.

So, after discussion with his Fed bedfellows, he changed direction.

The new message to the market was that the Fed was “prepared to adjust policy quickly and flexibly”.

In other words, rather than a definite two or more rate hikes in 2019, they’d wait for the data to come out… and react accordingly.

And as for the reduction of the Fed balance sheet, rather than leaving it on “autopilot”, again they’d tailor it to the data.

If needed, “we wouldn’t hesitate to change it,” Powell assured the market.

And what do you know…

The market lapped it up!

The feeling now from investors is that there will be NO hikes this year.

And they’ve been piling in and buying shares as though they’re about to run out. The Dow’s up 19% from the December lows!

The miracle of the Powell put

Now investors believe that, whatever misery comes along, the Fed will be there to step in and prop up the market.

In the old days, they called it the “Plunge Protection Team” …

A bunch of powerful lever pullers in the President’s pocket who would step in to manipulate support the market if it looked like it was headed dangerously lower.

And if you’ve been around the markets for a couple of decades or more, as your editor has, you’ll remember talk of the old “Greenspan put”.

If you’re familiar with financial options, you’ll know what a “put” is.

Here’s the New Yorker to explain it:

“In finance, a “put” is a contract that gives its owner the right to sell something—a stock, a bond, a tanker of crude oil—at certain price, regardless of the price in the market. A put is a guarantee, basically, and when the markets are falling it can be invaluable. But the word is sometimes used in a more general sense.

“Back in the old days, when Mark Zuckerberg was in high school and Alan Greenspan was in Foggy Bottom, there was something called “the Greenspan put.” It was a commitment on the part of the Fed to cut interest rates and print money whenever the markets or the economy stumbled. Although its existence was officially denied, many investors believed it was in place, and this belief helped sustain the great stock market bubble of the late nineteen-nineties.”

So, after Greenspan, we got the “Bernanke put”, the “Yellen put” and now what we’re seeing is the “Powell put”.

Powell’s not going to let the market’s collapse on his watch.

Whether that’s under some covert threat from Donald Trump, we don’t know.

But investors – and the market – know or at least they think that old Jay has their back.

That when things go bad, he’ll sprinkle some magic dust… and up the market will go.

Why wouldn’t they think that? It’s been happening for the past 10 years!

Watch out for when the magic runs out

Meanwhile, Powell may have got Donald Trump back on side by propping up the stock market…

But sooner or later, he’s going to run out of magic dust.

And at that point, the market’s going to head where it’s supposed to be heading…

Which is lower than where it is now…

Lower than where it was at the December 24th lows…

Perhaps even lower than the March 2009 bottom… when this ten-year-old bull market started.

See, despite all the bragging and bluster from Donald Trump and his people about how strong the economy is… and how amazing the stock market is…

… there’s a severe recession heading for the US.

Jay Powell knows it… and that’s the real reason he’s had his hand forced into pausing on his rate hike path… and why sooner or later he may have to start CUTTING interest rates too.

US economic growth is slowing.

And at the same time, after 10 years of falling, the unemployment rate in America is starting to tick up again.

“The unemployment rate may have already bottomed in the U.S. Unemployment hit a 49-year low of 3.7 percent back in September and November and hovered between 3.7 percent and 3.8 percent for four consecutive months from August to November.

“Since then, it ticked higher to 3.9 percent in December and then hit 4 percent in January, its highest reading since it was at 4.1 percent in February 2018.”

And according to leading economics firm, Capital Economics, the Fed can’t do much about it:

“Even if the Fed has stopped hiking interest rates sooner than we originally envisaged, we doubt that will prevent a marked economic slowdown this year.”

Well, if (when) the current stock market rally fizzles out and the data worsens, then maybe Powell goes a step further…

According to the Financial Times, traders are “pricing in a greater probability that the Federal Reserve will cut rates than raise them in 2019, highlighting the rising fears that the economic slowdown could deepen into an outright recession.”

That’s why the Dow’s added more than 4,000 points since the December low – they’re buying into the Powell put.

“Traders have been ratcheting up bets that the US central bank will not be able to raise interest rates the two times it indicated it planned for 2019 as recently as the December meeting.

“Moreover, the implied odds on the Fed actually reversing rates and cutting rates from the current 2.25-2.5 per cent corridor has jumped to nearly 30 per cent, up from almost zero when the market turbulence began this autumn. Indeed, the markets-derived probability of a rate cut has doubled just since the start of the year.”

It could happen… if US economic data worsens from here.

And that’s not even considering all the other threats in the global economy.

But it would come as no surprise to your humble Monkey Darts editor if we get to the 1st March deadline and find that the situation is no better – or even worse, with greater tariffs and shorter tempers on both sides.

And of course, there’s more trouble closer to home, as Seeking Alpha explains:

“For all the worries that the trade war between the U.S. and China will knock out their economies, it increasingly looks like Europe is the biggest threat to global growth. The EU saw an annual fall of 2.7% in industrial production in the last month of 2018, according to Eurostat, marking the weakest pace since the financial crisis. Deteriorating demand is on investors’ minds as the region finds itself squeezed between international and domestic drags.”

And yet stock markets keep rising.

What happens when investors stop believing that Powell and other Central Bankers can prop up the markets?

Sooner or later, we’ll see. And it won’t be a pretty sight.

And Jay Powell will be for the chop!

Things such as gold, silver and perhaps even some decentralised financial assets.