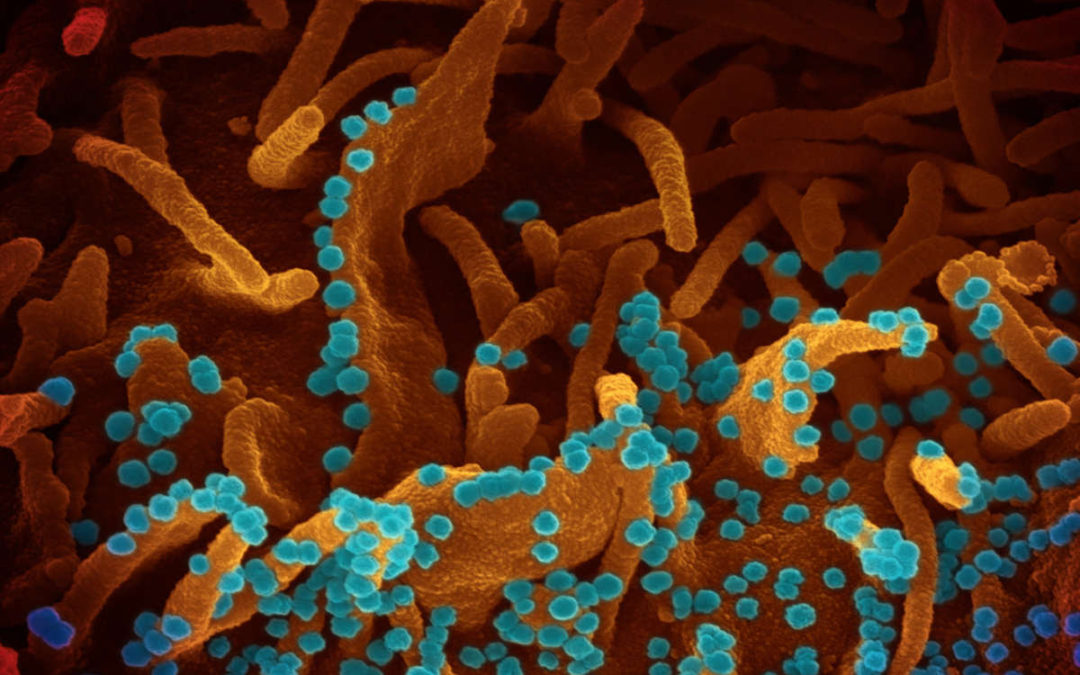 Recently I’ve found myself looking at pictures of dangerous pathogens.

Many of the pictures were produced by Dr Elizabeth Fischer of the Rocky Mountain Laboratories.

And in recent months, she has made a whole series of Sars-CoV-2 available online for free.

You can view them here.

Many of them are quite beautiful. 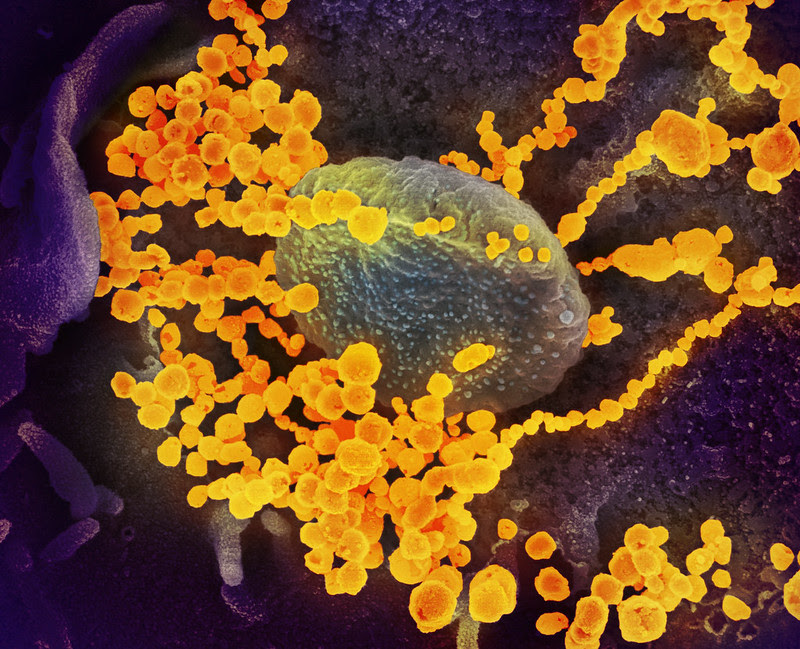 What we see here are orange-brown folds and protrusion on the surface of a kidney cell infected with SARS-CoV-2.

The dozens of small, blue spheres emerging from the surface are the virus particles themselves.

Or take the image below, which shows viral particles being released from a dying cell infected with the coronavirus.

The images were produced by powerful instruments called electron microscopes.

Electron microscopes work by using a beam of electrons to examine the structures of virus at the atomic scale.

As the beam passes through a very thin sample, it interacts with the molecules, which then projects an image for scientists to study.

In fact, these microscopes have proved invaluable during the last few months.

For example, a team at the University of Texas used electron microscopes to create a working model of the virus in the early days of the pandemics.

The microscopes took hundreds of thousands of images of virus, and produced a 3D model from the scans, assembling the atomic structure of Sars-Cov-2 that you see below.

This computer rendering of the coronavirus shows the characteristic “crown-like” glycoprotein spikes that inspired their name. (image courtesy of CDC). 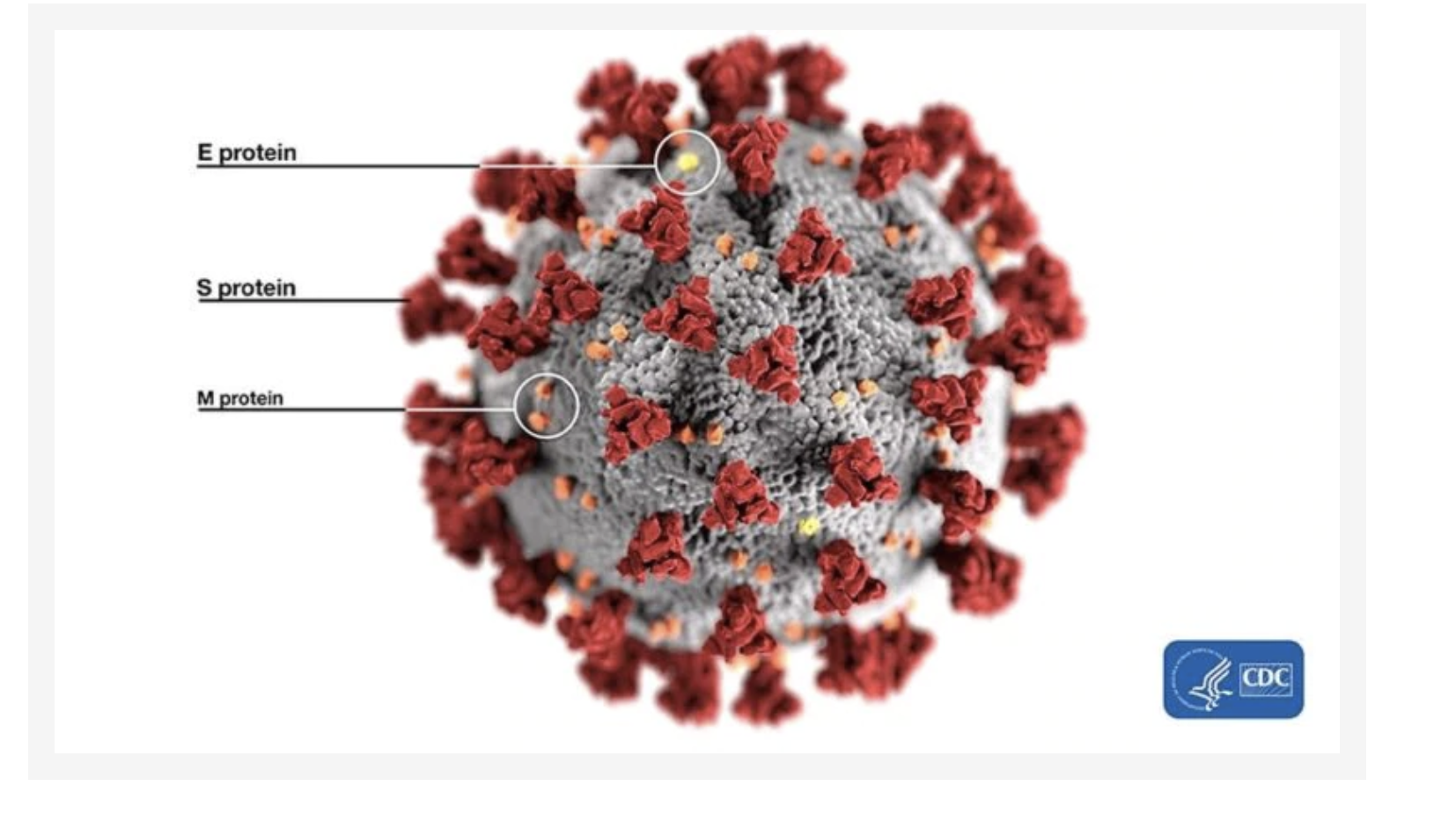 By using these high-resolution images, the scientists found that the spike proteins on the virus were at least 10 times more tightly bound to their host cell than the spike protein on the previous SARS virus.

That helped them to understand the structure and behaviour of the coronavirus.

Life at minus 180 degrees

To achieve this, the team used a technique known as cryogenic-electron microscopy, or “cryo-EM” for short.

This is a very exciting technology. It is the result of a perfect storm of improvements in camera technology, image processing, reduced cost and increased computing power.

And in the next few years, it could revolutionise the way we study disease.

He developed a method of freezing water samples so rapidly that the water forms as a disordered glass.

This was a great advance for microscopes because it meant that the electron beam was no longer diffracted in the sample.

By dropping a sample into a bath of liquid nitrogen, you could freeze thin layers of the structure and then use that that vitrified sample to produce extremely high-resolution images of the molecule.

The picture below gives you a feel for quality of the images that are produced with this approach. 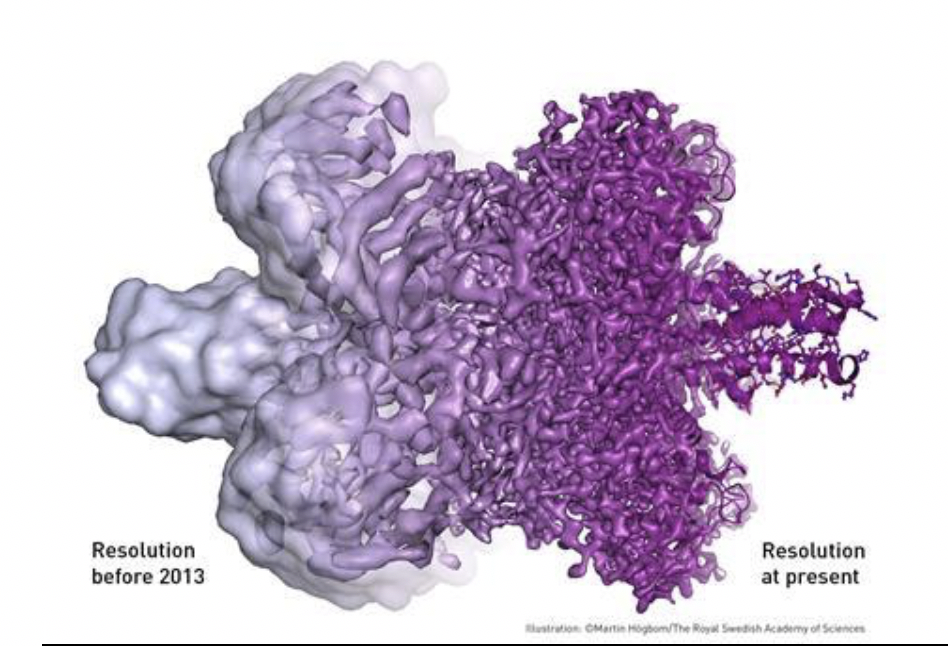 Ten years ago, that work would have taken weeks.

In fact, according to Hongwei Wang, a biologist at Tsinghua University in Beijing…

“In two or three years, I think that transmission cryogenic electron microscopy will become the most powerful tool for deciphering the structures of macromolecules.

These structures are crucial for understanding biochemical mechanisms and drug development, and methods for solving them more efficiently can speed up such work.

In cryo-EM, quickly freezing biological specimens in liquid nitrogen helps to preserve the molecules’ water content and reduces damage from the high-energy electrons used for imaging.

Many images are imperfect, so we have to discard them. But theoretically, a few dozen pictures should be enough, and it would take less than a day to collect and analyse them.

This increased throughput could help us to understand disease mechanisms and develop drugs far more efficiently.”

The Leader in the “Resolution Revolution”

Thermo Fisher Scientific (NYSE: TMO) is one of the prime enablers in this story.

It leads the ”resolution revolution” for microscale research and engineering, including those electron force microscopes: automatically documenting thousands of particles per hour, detecting the size and shape of each particle, and identifying the elemental composition. 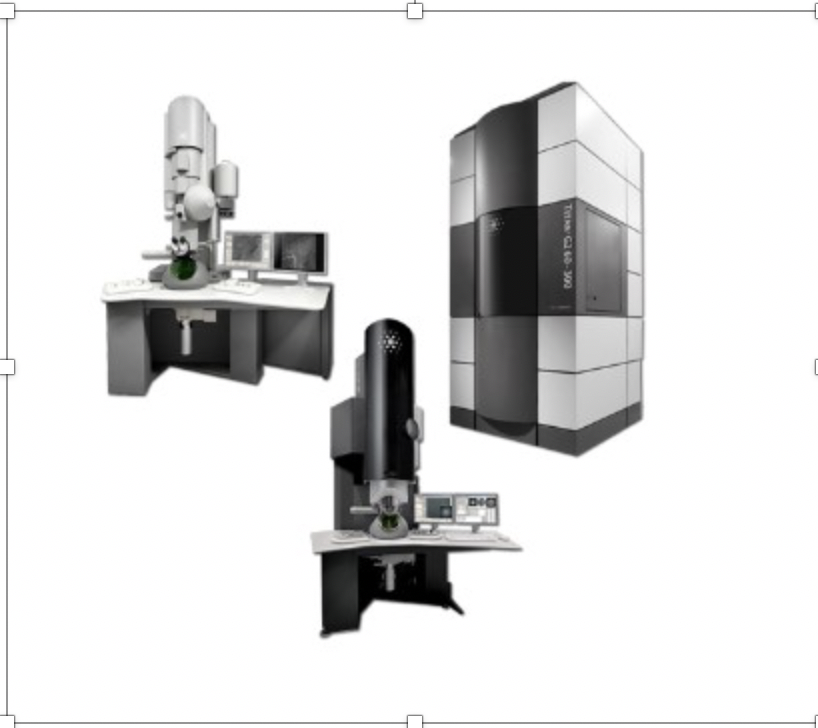 These microscopes overcame the limitations of conventional light- based microscopy by interacting with nanostructures and local interactions at an atomic level: allowing us to manipulate these atoms to build all sorts of novel structures.

Nanomedicine is a particularly interesting field: by reaching into the smallest dimensions we are meddling with the basic structures of life.

We many soon be able to design molecules with specific properties…

The ability to repeatedly target tumours by recognising and binding to their sugar content for example.

Or cells that trigger pulses of electric signals that can regenerate surrounding tissue.

With increasing control of matter at the nanometre scale, we will be able to create new scaffolds for regenerating tissues and organs.

Nanotechnology—the capacity to visualise and interact with matter at the nanometre scale—has been talked up since the 1980s.

But these new microscopes and techniques are speeding great progress in this field.

And I can see Thermo Fisher Scientific playing a central role in the development of this whole field.

To see just how fast this whole field of nanomedicine is developing, I recommend that you follow the work of Michael Levin and his Xenobots project.

These are life forms that consist of just 2,000 living skin cells under the microscope.

But they have some impressive abilities…

“Xenobots with a fork- or snowplow-like appendage in the front can sweep up loose particles (in a petri dish) overnight, depositing them in a pile.

Some use legs, of a sort, to shuffle around on the floor of the dish.

Others swim, using beating cilia, or link up blobby appendages and circle each other a few times before heading off in separate directions.”