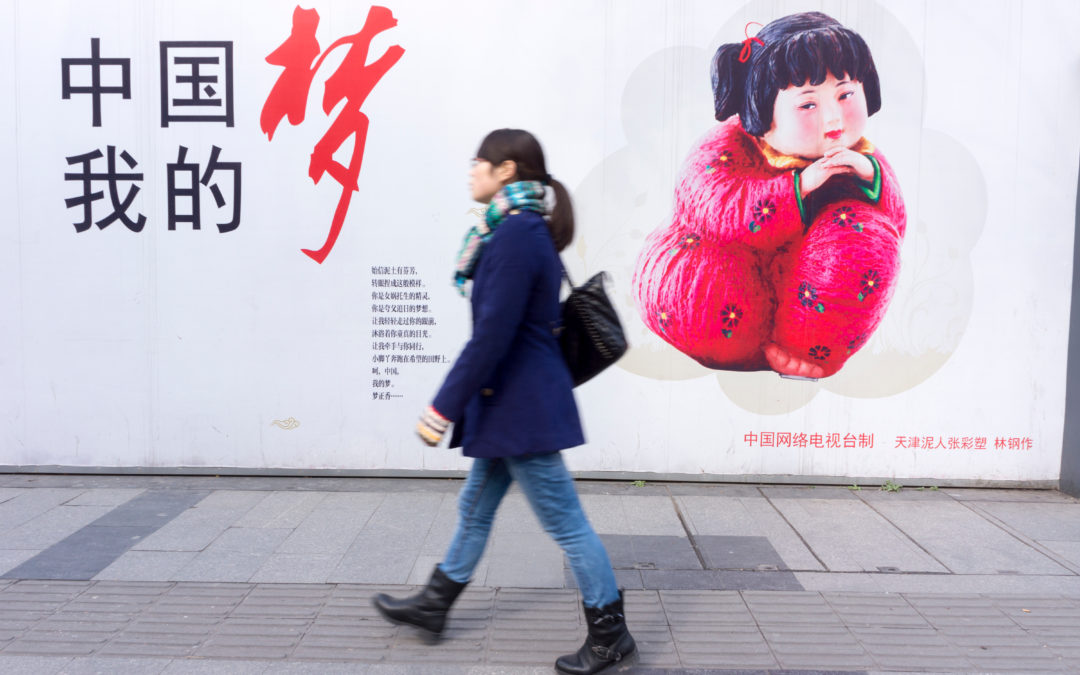 I continue to invest in cryptocurrencies and last week was one of the most interesting weeks since I first got involved.

And it was all on the back of a ringing endorsement for blockchain by the President of China, Xi Jingping.

I’m sure there are quite a few of you who are invested in Bitcoin and enjoyed the boost.

If you haven’t invested yet, now might be a good time.

Here is a short primer: Five Questions Everyone Asks about Crypto

And in this article today, I’d like to talk about why we could be about to see another big upward swing in the price of Bitcoin and many other cryptocurrencies.

And the signs are that the market is entering a new phase of bullish growth.

“Last week Bitcoin reached a key price point from a technical perspective and was ripe for a strong bounce. Then the President of China made an announcement promoting blockchain which caused the market to sky rocket.

China have historically tried to ban Bitcoin and other cryptos, and this is the first major positive announcement they have made.

I expect the Chinese Government and Market to double down on this announcement and focus on crypto and we may well have just witnessed the second starting gun for the next wave up in this overall bull market cycle.”

What does the Chinese Government see in this technology?

Well it’s partly about how they want to use blockchain.

In his speech, Xi urged everyone from civil servants to business wo/men to study a guide called Introduction to Blockchain on “Xuexi Qiangguo”, an app designed to teach the population Xi’s thoughts. 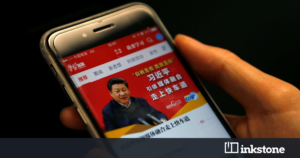 The guide explains the virtues of blockchain: how it is a constantly updated record of verified transactions that can be used to stamp out corruption, counterfeit goods and protect public data with powerful encryption tools.

A blockchain is supposed to work like a distributed network — as you see the diagram below — with no centralised power controlling how information is recorded on the chain. 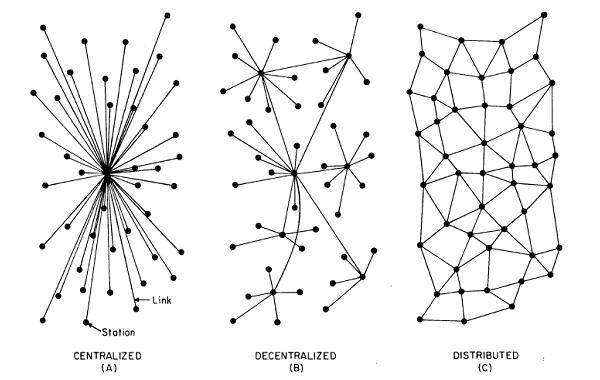 But China has it’s own slant on this technology.

At the centre is the government and it sees blockchain as a useful way to collect and store information about the Chinese population and the economy.

That starts with the movements of goods through the Chinese economy: by tagging goods and containers, and registering their movements on the blockchain, companies can keep track of their goods as they travel from port to warehouse to retail outlets.

Walmart, for example, has been experimenting with the use of blockchain to track their goods.  The company claims that by making use of this new system, the time needed to trace the firm’s provenance of goods has dropped from seven days to just 2.2 seconds.

In China, Walmart has developed a blockchain system for 23 products and it’s about to add 10 more:  including fresh meat, rice, mushrooms and cooking oil.

That’s good news for a country that has struggled to contain outbreaks of contaminated milk and pork.

But China also sees blockchain as a way to track the movements of its people.

THEKEY, a blockchain startup that is “exclusively authorized by the Chinese Government” has already connected the personal identity data of 210 million people in 66 cities.

Meanwhile one China’s largest automakers – Wianxiang – plans to invest $30 billion over the next decade in a project to develop China’s first “blockchain-powered city”.

Innova City (pictured) is set to be completed by 2025 and is expected to accommodate 90,000 residents. 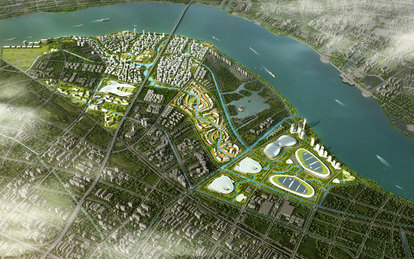 The city, which will be built on an 8.3 square kilometer plot of land: with the movements of cars, phones, traffic lights, shoppers and commuters constantly tracked and stored on a blockchain and fed back to Wianxiang.

The Chinese government is also interested in cryptocurrencies – which are also based on blockchain technology.

In fact, China’s central bank is pressing ahead with plans to launch a digital currency.

Huang Qifan, a prominent politician and vice chairman of the China Center for International Economic Exchanges, made waves this week when he challenged Facebook’s proposal digital currency, Libra, calling it “delusional.”

Huang said currencies should be left to central banks, and that China’s will be the first in the world to issue digital money.

Ultimately what the Chinese government really care about is challenging the Dollar’s supremacy as the global reserve currency.

And a key plank of their strategy is to release their own currency – or blockchain based digital renminbi.

In the digital age, systems for cross-border payments should be reshaped, Huang argued.

In particular, he said sending the Chinese renminbi across borders is too dependent on two systems (the Society for Worldwide Interbank Telecommunication, or SWIFT, and the Clearing House Interbank Payments System, or CHIPS) that he called “tools of US geopolitical power”.

“Swift and CHIPS are gradually becoming the financial instruments for the United States to exercise global hegemony and carry out long-arm jurisdiction,” Huang said.

“Historically, the United States has launched several financial wars with the help of the Swift and CHIPS systems. There is a certain risk associated with a high degree of reliance on them.”

So it looks like blockchain and cryptocurrencies are emerging as strategic technologies for the Chinese.

And Chinese cryptocurrencies have responded accordingly. The likes of NEO, Ontology (ONT), Quantum (QTUM), VeChain (VET) and others saw gains of more than 50%.

I’ll be keeping a close eye on these.

This endorsement of blockchain already breathed new life into the market.

And there are plenty of competing crypto projects in the west that look just as attractive.

If you are new to cryptocurrencies, Bitcoin is definitely the place to start.

It’s the bellwether: when Bitcoin moves, the rest of the market moves with it.

On the basis of the research that Michael Mac has published over at the Crypto Traders’ Academy, Bitcoin is likely to go as high as £60k over the coming cycle.

Find out how you can sign up to his letters here.

And there are a number of other coins that he follows that are likely to deliver up to 6,000% gains in this section of the cycle over the next two years.

What other investments are going to make that this year?

Conditions are ripe for an ‘explosive’ move higher in the gold price.

Exploration budgets were slashed following the fall in gold price from the highs in 2011 and 2012 and they have since failed to recover.

The slight rebound in the past couple of years has not been sufficient to replenish mined ounces and as such peak gold supply is now a very real possibility.”

Alex reckons that will “make recent highs at $1,550 look like a bargain”.

He is also backing silver, which makes a lot of sense.

I also like to invest in tech stocks. I’ve pointed to some of the most high risk plays: which will probably require a great deal more patience from me.

But there will certainly be an opportunity cost if these stocks climb steadily as cryptocurrencies are surging.

To find out more about crypto and what coins are likely to deliver the best returns over the next year, click here.