Why they’re wrong about the dollar… 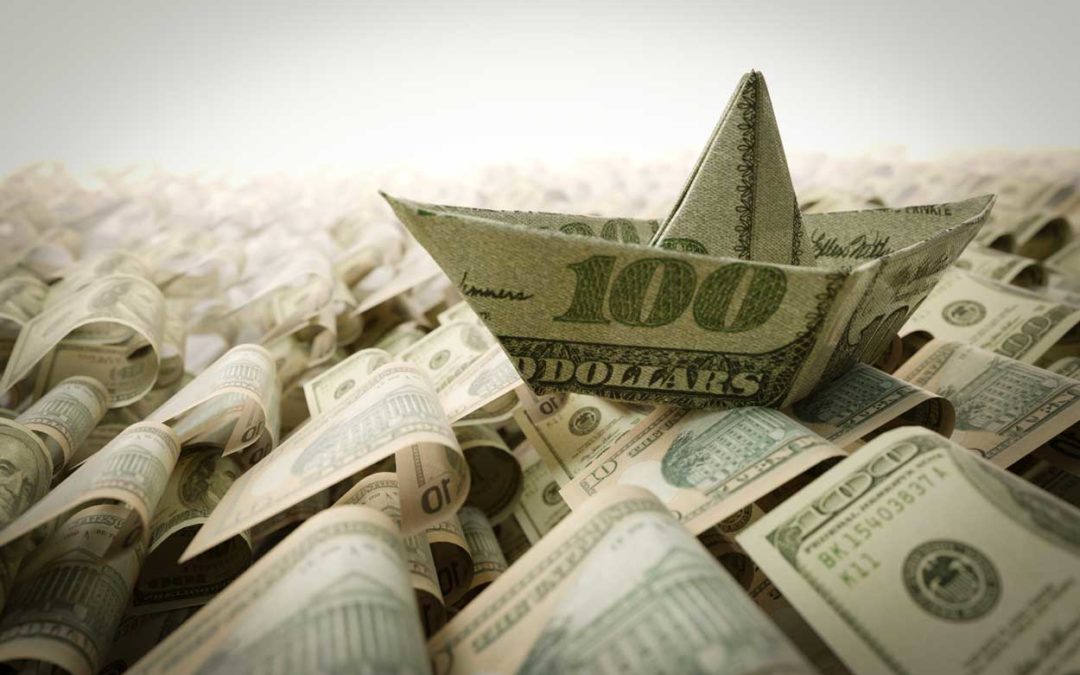 Hanging out with literary types like Virginia Woolf and E.M. Forster must have rubbed off on economist John Maynard Keynes…

He once referred to the Bank of England as the “conductor of the international orchestra”.

Quite a nice romantic description for a central bank, I think.

But that was some time ago.

It’s been a while since the Old Lady raised her baton to keep the players of the world’s economy in harmony.

Keynes was talking about the nineteenth century. Following the huge power shift caused by the industrial revolution, when Britain ruled the world.

Back then, Britain was the world’s number one trading and exporting nation. We were making stuff cheap and selling it to the world.

And that made us wealthy and powerful as a nation. The most powerful in the world, in fact. It was the era of the British supremacy.

Of course, that’s great for a country’s currency.

The Bank of England was the most powerful central bank in the world. And sterling dominated the global economy.

“In 1899 the share of the pound in known foreign exchange holdings of official institutions had been more than twice the total of the next nearest competitors, the franc and the mark, and much greater than the dollar. Even as late as 1940, the level of foreign-owned liquid sterling assets was still double the level of foreign-owned liquid dollar assets.”

The end of British supremacy

But the Second World War changed all that. It bankrupted Britain and toppled sterling as top dog in world currencies.

According to Frankel, “by 1945, the position of the dollar and pound… had precisely reversed. The war itself — including US lending, UK borrowing and other consequences — had completed the dollar’s rise to ascendancy.”

Ever since, America has been the dominant economic, political and technological power. It’s been the US, not Britain, that’s the world economic power.

And because of that, the dollar has been the world number one. The global reserve currency.

What does that mean? Basically, it means everyone wants dollars.

Dollars are safe. So other countries keep a vast amount of their national assets denominated in dollars. They buy US government bonds.

That’s just the way it’s been. For the past 70 years, the dollar has been the go-to safe-haven currency

Can that last? I’m not convinced it can…

Death of the dollar

OK. On paper, the US is still the largest, most powerful economy in the world.

And if you skim the headline data, it looks like everything’s going well in the US economy…

On the face of it, that looks good. Plied with those sorts of soundbites, I guess it’s little wonder people are betting on a strong dollar.

But is everything really tickety-boo in the Land of the Free? Is the world’s economic work-horse in such rude health?

Not from where I’m sitting.

The big problem is inflation. Or rather the lack of it.

Janet Yellen, boss at the Federal Reserve (the incumbent “conductor of the orchestra”), is scratching her head.

She’s thrown everything she can at the economy to try to get inflation to the Fed’s target rate above 2%.

She’s slashed rates to zero and kept them there for the best part of a decade. She’s pumped billions of dollars into the economy in the form of quantitative easing.

And yet inflation remains stubbornly well below the target rate at 1.3%…

That’s despite all that the Fed is doing to get prices rising.

If it carries on like this, the danger is that it will lead to falling prices and falling wages: the dreaded deflation.

That may sound a little extreme. But it’s worth being aware of.

See how the price has moved up since those lows in September.

“Smoking gun proof!” I can hear the dollar bulls cry. “The slump in the dollar is over!”

And these guys have the arguments to back that up…

Money chases yield. Now that the Fed is raising rates, that’ll suck money in. International capital will arrive and send the dollar higher.

“Get ready for the new dollar bull market!”

But these guys should get a grip. It’s not just the fundamental data that hints at problems for the US. It’s the technical picture too…
Zoom out a little on that dollar chart and it’s not such a compelling bull story.

Here’s the past five years to give you a bit of context.

That’s the area I showed you on the previous short-term chart. The one the dollar bulls believe is the start of a new bull market.

But when you see it like this, do you see a positive trend?

Because I see a negative trend. And until something happens to change it, we must respect the trend. It’s the golden rule.

OK, the price has moved higher from that green line that demarcates previous buying interest (or ‘support’). That’s to be expected at such an important level. Price will invariably test previous support.

But that doesn’t mean it’s started a new bull market.

From that peak in January, the dollar price is in a downwards trend.

And that won’t change unless it can break above the red trend line. That’s going to take some doing.

This could be good for gold, silver and Bitcoin

The way I see it, with lukewarm economic data, weak and falling inflation and a protectionist President who’s made it clear he wants a weaker currency, I don’t see the dollar heading higher for any prolonged period.

Quite the opposite: I see the dollar weakening. As a first step, it could retest those lows down at 91 on the US dollar index.

If the right catalyst comes along – think North Korea, change in Fed interest rate outlook, terror attack – then that support line could well give way.

And if that happens, expect to see money flood into alternative assets such as gold, silver and cryptocurrencies such as bitcoin.

They should all act like safe-havens in times of chaos for the dollar.

At the very least, it makes great sense to have some exposure to these markets. You don’t need to bet big. But just think about having some skin in the game.