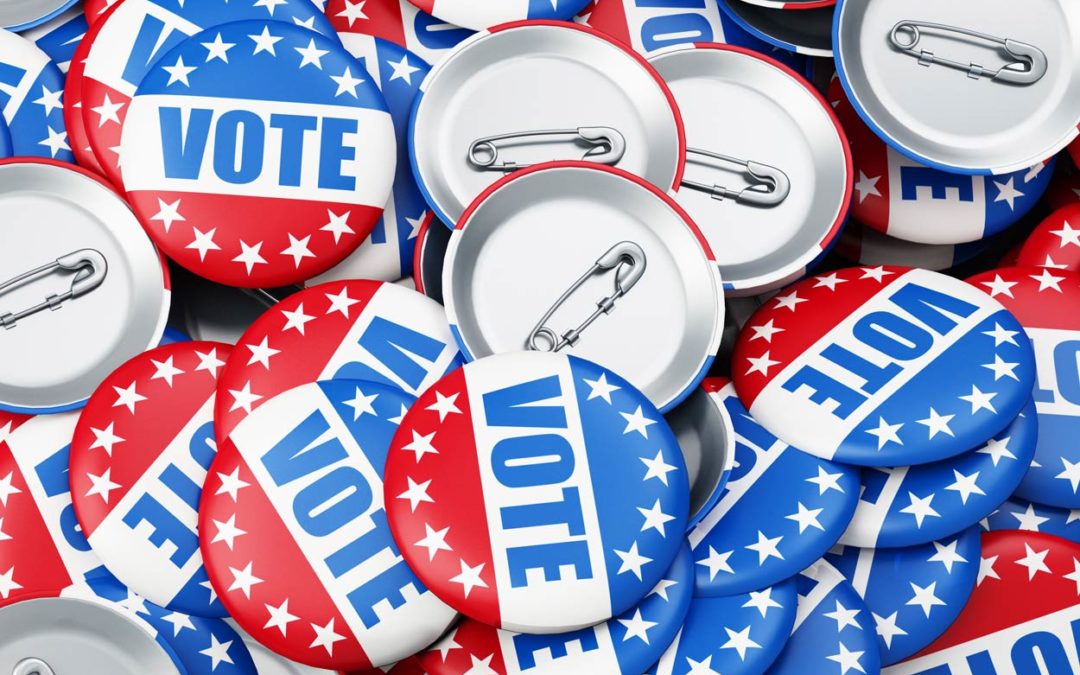 Something sure lit a rocket under stocks the last couple of days.

Surely something HUGE must have happened to get investors back into full-on buy mode.

Nah, not that I can see…

Scratching around for good news, I can’t find anything of interest.

Yes, I know what they say…

The end of uncertainty

It’s been billed as the removal of the uncertainty that was causing volatility going into the midterm elections.

All that talk of the Republicans losing control of the Senate and Trump being impeached.

Didn’t happen. The Republicans picked up seats in the Senate and keep control.

OK, so the Democrats won control of the House of Representatives.

And that’s a thorn in Trump’s side.

Because it’s going to be harder for him to get his way – and is likely to mean more scrutiny of him, as Bloomberg explains:

“Donald Trump, who spent the past two years wielding the powers of the presidency unbound by party or political convention, is now constrained…”

“The Democratic takeover of the House of Representatives cripples his conservative agenda and opens the way for unfettered investigations into his scandal-plagued administration, his presidential campaign and his family’s business empire.”

Of course, the idea of that kind of investigation is a red rag to a bull for Trump, who tweeted…

Expect plenty more sabre-rattling and posturing from POTUS in the coming days!

But this ‘gridlock’ – with a Democrat-run House of Representatives and GOP-controlled Senate – means the uncertainty is over.

And markets are on fire.

It’s like now that ‘threat of the unknown’ is out of the way, everything’s fine.

No more risks that threaten to cause a crash.

Brilliant! Let’s go all in!

The REAL threat just got BIGGER

The elections were just a sideshow.

Now they’re out of the way, it’s back to what’s REALLY going on in the world…

These tit-for-tat tariff exchanges between the two superpowers is a theme we’ve been following closely since we started Monkey Darts.

It’s one of the two big threats that could finally end this long-in-the-tooth bull market.

The other major threat is rising rates and the end of cheap credit.

We’re already starting to see the negative impacts of the trade wars on the economies of the US, China and the world.

UBS reported this week that Chinese imports of goods hit by the first round of tariffs are down 30%, according to Business Insider.

It’ll be a similar story on US goods travelling the other way.

That is bad news for the companies involved – and ultimately for the national economies… and if you follow it through, to stock markets.

And that’s likely to intensify in the coming months, according to the IMF…

“Donald Trump’s trade war with China and Europe is forecast to hit global growth this year and reverberate through 2019, the International Monetary Fund has warned in its latest health check on the global economy.

“The escalation of the US president’s protectionist policies, which has resulted in the world’s largest economy doubling import duties on some Chinese goods, has dragged down the forecast for growth this year and next, with the world’s largest trading countries, including the US, France, Germany and China, among the hardest hit.”

But things could get a lot worse… now that Trump faces a tougher time forcing his domestic policies through.

Professor Peter Trubowitz, a director of the U.S. Center at the London School of Economics and Political Science explains:

“The main play that Donald Trump now has is on the foreign policy side, where he has much more discretionary authority and room to maneuver than he does on the domestic side. So I would actually look for Trump to double down on trade with China, on Iran, and on the border with Mexico.”

In other words, Trump’s going to ratchet up his protectionist stance.

When investors finally accept that this is a MAJOR threat to the economy AND to markets, they’ll rush for the exits… and that’s going to mean carnage.

Right now, they’ll carry on regardless…as they have for the past 10 years… living the dream of ever higher stock prices.

Levels that will decide the stock market direction

So, the question is: is this post-election rally the start of the ‘melt up’ people have been talking about?

A huge and exuberant explosion to the upside… marking the end of the bull market?

Or has that happened already?

Is the latest surge just a bull trap, sucking in late-coming FOMO investors before the market collapses… causing maximum damage to maximum number of people?

Those are the previous all-time highs that the bulls have their sights on. And they could prove to be tough levels to crack.

If those ‘resistance’ levels don’t hold, the chances are markets will head a lot higher. The melt up could have some legs.

But if resistance stops the market moving higher, expect prices to fall hard to test ‘support’ at the long-term trend line.

The way I see it, this isn’t the time to be going all-in on stock markets.

I accept there may be some more upside to come…

As we’ve seen this week, the bulls are certainly feeling gung-ho right now. And maybe they’ll stay in control a little while longer…

But the risk is to the downside. After 10 years of rising markets and with deteriorating conditions… it must be.

Sooner or later something’s going to make investors sit up and think “wait a minute, this doesn’t look right!”…

And that’s when they’ll start scrabbling over each other to get out of the market… and when markets will start falling.

It makes more sense to me to lower exposure to markets while they’re rallying – than getting in now and trying to ride the last hurrah.

And at the same time, gold makes more sense as each day passes.

If the stock market does suffer a huge shift in sentiment, as I think it will, then some of that ‘scared money’ will head for cover in safe havens like gold.

Former Bank of England policy maker and economist, Adam Posen, agrees, according to a note from S&P Global I was reading earlier:

“A somewhat shaky outlook for the global economy going into 2019, with inflation becoming a potential issue and the US/China trade war intensifying, is likely to benefit the gold price, economist Adam S. Posen said Monday.”

“Posen said the ongoing trade war between the US and China is likely to intensify in 2019, “getting worse before it gets better.” This, in Posen’s view, will have a hangover effect on the global economy. There are clear signs of a downtrend in global productivity and this will also intensify, he said.

“There’s a genuine inflation risk,” Posen said, adding that the real effects of US tariffs are likely to be felt in 2019, with costs increasing across the board for consumers.”

Posen’s conclusion was that “political negativity and economic repercussions will provide a bullish driver for bullion “and other precious metals”.