Will we see a “Yellow Vest” riot on the streets of London? 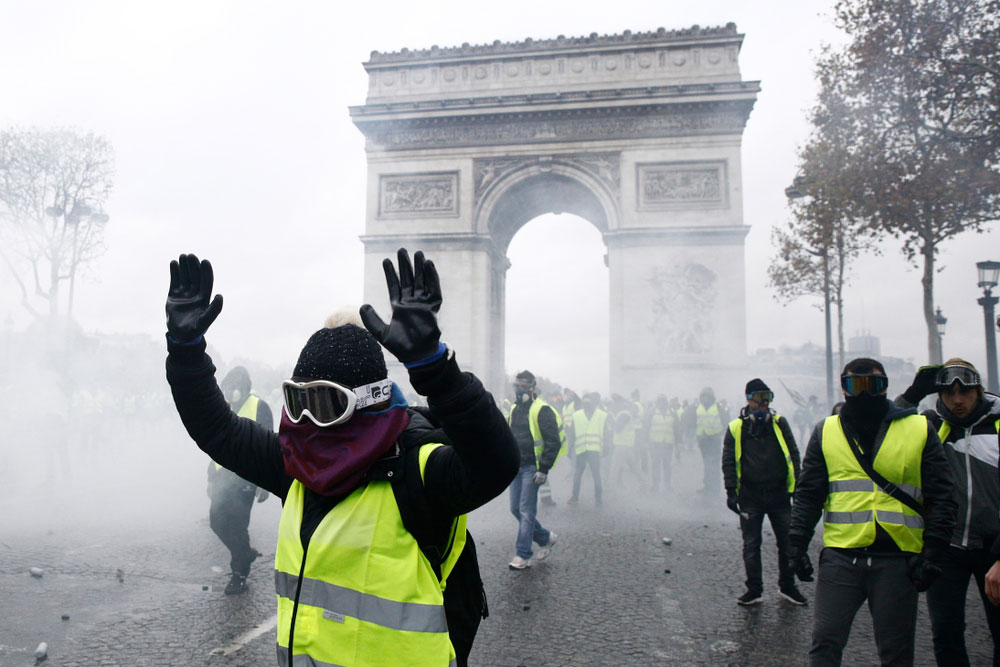 The downtown area of Cairo is a bustling tourist hub.

Visitors flock to the Egyptian Museum, home to some of Egypt’s most impressive and iconic attractions…

Huge ancient statues, sphinxes, the coffins of mummies…all that remains of a collapsed civilisation.

But the museum isn’t the only place of symbolic importance.

Just streets away from it is Tahir Square, the main gathering place for protests during the Egyptian revolution that led to the fall of Hosni Mubarak in 2011.

And as the 7th anniversary of the 2011 uprising approaches in January, the authorities are getting very nervous… 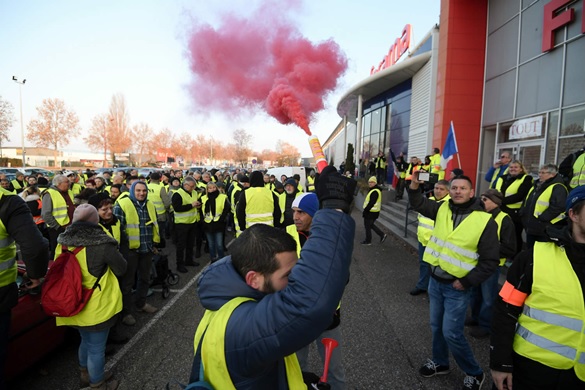 … and they don’t want copycat unrest on their turf.

“Egyptian authorities have quietly introduced restrictions on the sale of yellow reflective vests, fearing opponents might attempt to copy French protesters during next month’s anniversary of the 2011 popular uprising that toppled autocrat Hosni Mubarak, security officials and retailers said Monday.”

“They seem not to want anyone to do what they are doing in France,” said one retailer.

“The police came here a few days back and told us to stop selling them. When we asked why, they said they were acting on instructions,” said another.

Both spoke on condition of anonymity for fear of reprisals.”

The global trend in unrest

Civil unrest is a story that’s playing out across globe right now.

It’s a sign of the discontent that’s felt by the ordinary citizen towards the authorities.

More specifically, it’s perhaps the by-product of the way the powers that be have manipulated financial markets over the past few decades.

Fuelling a dependence on credit that has fed through into financial markets.

Result: A huge asset bubble that has created vast inequalities between the rich and poor.

And this bitterly divided society is starting to revolt.

But where will it lead?

Are we going to see overturned cars burning on the streets of London?

Or rioting and looting in New York?

But with the way things are going with the UK’s attempted withdrawal from Europe… or the growing anger at the way Trump is running his presidency… it could be only a matter of time.

All there needs to be is a trigger… the spark of a match.

The result of a second referendum could be the spark.

“The view from the Bloomberg Opinion editorial board is that the matter must be settled by a second referendum. I’m inclined to agree, and as someone who voted “Remain,” I would love to have the chance to vote that way again.

However, while I think a second referendum is probably a necessary condition for coming up with a resolution that the country can live with, I doubt it is a sufficient one. Polls suggest at present that a second referendum would end in a narrow victory for Remain. But that’s what polls predicted in 2016, and they were wrong. And more importantly, they do not show a decisive shift in public opinion. If, say, 70 percent of Britons wanted to stay in the EU, then a second referendum would resolve the issue. If, as seems more likely, the number wanting to remain is more like 52 percent, then 48 percent of the populace will have voted twice to leave, and seen their wishes thwarted after a dose of student-union style politics in Westminster.

They would react with disgust.”

And take to the streets?

In France, the “gilets jaunes” or yellow vest protests began in November in response to rising fuel prices.

But as The Week explains, over the past few weeks “they have morphed into a mass display of public rage over mounting inequalities in France.”

Now the protestors want nothing less than Macron’s resignation.

He’s seen as being out of touch with ordinary people.

Even now that he’s tried to placate the people by reversing the fuel tax and raising the minimum wage, the discontent is still bubbling away.

It’s these riots on the streets of Paris and other towns and cities in France that’s been getting the headlines lately.

But the yell0w vest movement has also spread to Belgium and the Netherlands in the last few days.

And there’s been a copycat movement in Tunisia, as The Independent reports:

“A youth group in Tunisia launched their own version of the French economic protests dubbed the “red vests” campaign, reflecting the country’s flag. Over 4,000 people have liked the Facebook page which has called for nationwide rallies against the country’s worsening financial woes.”

And the way things are going in the global economy and markets, chances are things will get a lot worse.

Good times coming to an end

We’ve had it good for the best part of ten years… especially in the world of money and markets.

Ever since central bankers slashed interest rates to zero to save the world from recession… depression even… it’s been a one-way street for stock markets.

Borrowing rates are going up.

That makes it harder on consumers to finance their existing debt… or to borrow more.

And it makes it harder for companies to borrow to grow or to buy back their own shares to support their share price and valuation.

That’s putting a strain on the markets.

Investor sentiment has started to change. It’s why we’re seeing such huge swings in the major market indices… and an overriding sense of panic.

That’s not to suggest that there won’t be further stock market rallies.

I’m sure there will be, given the way everyone from Donald Trump to Jerome Powell are desperately trying to talk the market up.

“With just two words on Wednesday, the Federal Reserve’s chairman sent stocks surging by raising hopes that the central bank might be closer to ending its push to drive up interest rates.”

Of course, when investors see stuff like that, the markets go up.

But increasingly, they seem unable to stay up.

Each advance is met by a wave of selling pressure that sends the market back down.

So far, the markets continue to find support at the bottom of the range I mentioned in last week’s Monkey Darts.

And perhaps with the will of Trump and co. the market will have another go at producing the Santa Rally…

But to repeat what I said:

And if the bear market really does take over… and destroys the cosy wealth effect that investors have been feeling for the past 10 years, all hell could break loose.

The knock-on effect will spill into the economy, with the loss of jobs, shuttering of factories, companies going belly-up…

And widespread rioting on the streets of America and perhaps even London as the contagion of discontent spreads.