How to Invest as Japan Re-emerges as a Tech Superpower 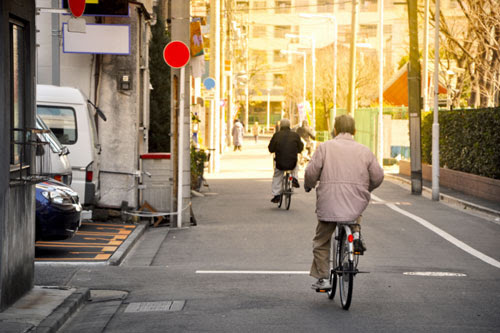 One of the best selling books in Japan in recent years was a book called Future Chronology.

It was written by a journalist named Masashi Kawai, who lays out a vision of aging cities with millions of crumbling and vacant homes.

In fact, these homes are already a reality. With the country’s population aging rapidly – it fell by 271,058 last year – the Japanese are leaving their houses in small cities in droves and migrating to Tokyo.

The buildings are known as akiya — an empty house — and there are more than 8 million scattered across Japan.

In Kawai’s vision, Japan is on course to become a society where the young disappear entirely.

Towers in Tokyo become ‘nursing homes in the sky’. And all the efforts to invest in technology cannot address the shortfall.

A time comes when Japan is not only short of crematorium space, but lacks the monks to administer the last rites.

Japan and the 100 Year Life

The book struck a chord with the Japanese population.

In fact, they found it hugely entertaining.

The reality is that the Japanese have had years to get used to the idea of a very old society.

It’s the clarity that comes with a population where 27% are over 65, half are over 50 and deaths have exceeded births for more than a decade.

Healthcare costs have been surging for years…

And the media has widely reported on the emergence of “dementia towns”, where a fifth of residents are suffering from cognitive decay.

In fact, what’s surprising is just how Japan is responding to this problem.

In the Cabinet Office’s recent survey on the daily lives of the elderly, it found that roughly 40% who are still working say they would like to continue until they are physically not up to it.

Another 35% would like to keep going until at least 70.

Another bestseller in recent years has been the 100 Year life by Lynda Gratton and Andrew Scott of the London Business School, a book that gives advice on how to adjust to a life that has broken free of the standard three phases of youth, work and retirement.

Over the next few years, I see Japan re-emerging as a superpower as it sets about turning its dismal demographics into a national opportunity.

Japan is already well down the road to being a super aged society.

And the government realises that it can be the world’s main test bed for the high growth business of improving the health spans and wellbeing of the world’s ever more numerous elderly and super elderly.

Japan already has a world-beating health and eldercare robot industry.

It is the home of Softbank’s charming social robot Pepper (pictured below) which helps raise morale in care homes.

Toyota’s Kirobo Mini companion robot fits into a car glove compartment and can talk, gesture and detect and respond to the driver’s emotions.

Japan is culturally open to robots, on account of animism, a component of the Shinto faith. Animism is the notion that all objects have a spirit: even man-made objects.

The Japanese are open and way ahead of everyone else in developing a more friendly technology.

As robotics star Masahiro Mori observes ‘Shinto underwrites a more egalitarian rather than ‘master-slave’ relationship between human and robots’.

Mori’s point helps to account for polls that show that 70%-80% of Japan’s elderly see no problem with being cared for by assistive robots.

And the Japanese are developing emotionally responsive technology at a fierce pace.

My favourite example: recently a pop-up cafe opened in Tokyo that was staffed by robot waiters…controlled remotely by people with paralysis

This was a fascinating experiment that says a lot about the future of work, disability, and technology.

The robot is controlled by a person that can instruct it to move, speak, or carry objects simply by moving their eyes in certain ways.

Ten paralyzed individuals each earned the equivalent of $8.80 per hour through their robot avatars.

Japan has also made it an economic priority to become the global hub for stem cell and tissue engineering technologies.

There are a number of companies in this field that I follow closely.

It was a stock market phenomenon last year when it IPO’d. But the failure of a clinical trial in the US with Dainippon Sumitomo Pharma sent its shares crashing.

The company is still considered in technical circles to be a world
leader in its field.

Just as with robotics, there is massive government support behind a plan to develop this industry.

There are huge markets for these companies, both at home and abroad.

How to invest in this story

Perhaps the best way to invest in Japan’s reinvention is to seek out a fund that is heavily invested in robotics and regenerative medicine.

That will give you broad exposure to this story.

It’s a less risky way to invest than individual stocks.

The Baillie Gifford fund, for example, is heavily invested in technology, with allocations to leading robotics, cars and e-commerce companies.

You can find more information here.

Or if you prefer a riskier play, you might look at a business such as exoskeleton maker Cyberdyne (TYO: 7779).

It makes an exoskeletal suit for your lower body, which moves by reading bioelectric signals sent from your brain.

They call it the Hybrid Assistive Limb (shortened to HAL).

Using a mix of voluntary control and autonomous control, HAL can use sensors on your legs to pick up on bioelectric signals and use that as a means of determining how to move forward.

For the large amount of medical conditions where a disability in the lower body involves leg muscles failing to respond to signals from the brain, this is extremely useful.

This is a very risky play. In fact this company was dubbed ‘the most ridiculously priced stock in the world’ by short seller Citron Research in 2015.

And in truth, it has never made a profit and still only has revenues of $12 million.

It also shares the name of the company in the film Terminator 2, which developed the machinery that helped robots overthrow humans.

And the company is partnering with the highly regarded Brooks Rehabilitation Hospital in Florida to enter the US market.

I think there is a huge potential market, both in Japan and abroad.

The Japanese Ministry of Health, Labour and Welfare predicts that there will be a shortfall of nearly 2 million eldercare nurses by 2025 in a country that is unlikely to issue more than 50,000 work visas a year.

At the same time, human caretakers have a high job turnover rate as they are low-paid and suffer high rates of work-related injury from lifting patients.

This can be mitigated by them wearing exoskeletons and back braces from companies such as Cyberdyne.

After years of slump and economic stagnation, it looks to be using the best of its resources to develop thriving tech industries.

And with the rugby world cup and Olympics approaching in Japan, it’s well worth taking a closer look at a society that is fast developing into a tech superpower once again.