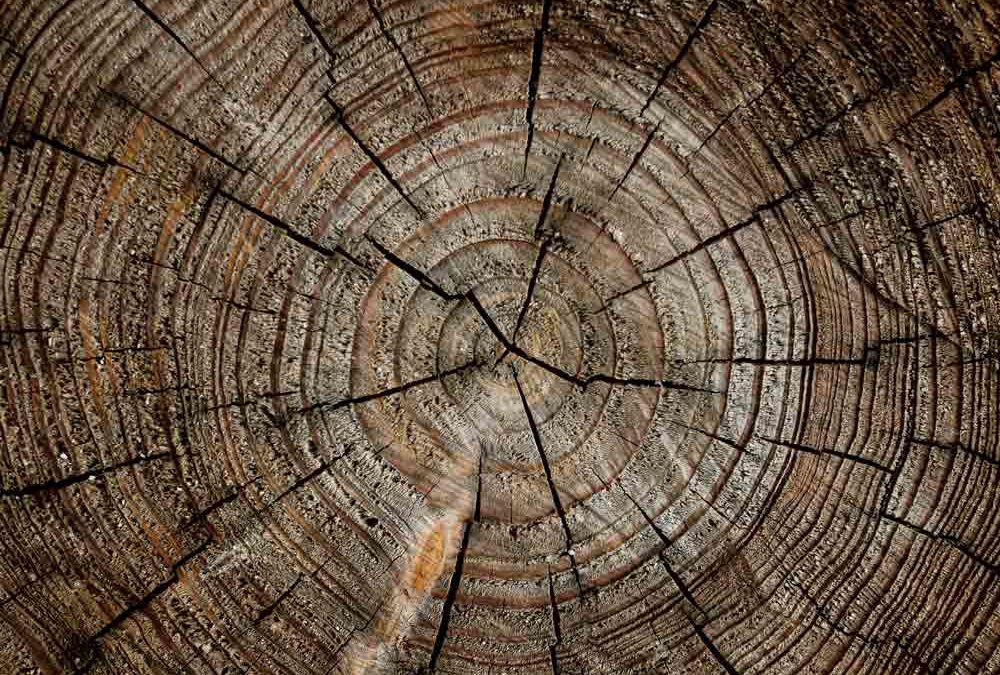 So far 2019 has been another year of storms, wild fires and flash floods.

We saw the hottest February on record with the mercury hitting 21C.

Wildfires broke out again on the Saddleworth moors. 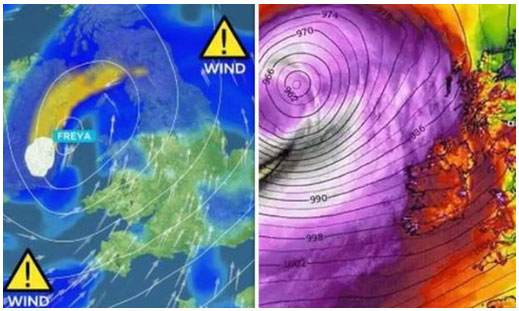 Now a cold snap follows in its wake with snow expected across the north of the country.

These events follow in a line of extreme weather events over the last few years.

In fact, a recent study by the European Academies’ Science Advisory Council found that globally, the number of floods has quadrupled since 1980 and have doubled since 2004.

These fires can be devastating: both for locals and it terms of the economic cost for wider population.

These ecosystems are vital for absorbing carbon emissions.

Trees and other vegetation currently absorb around a quarter of the CO2 humans are adding to the atmosphere.

And as we continue to raze large tracts of tropical forest in the Amazon, central Africa and Indonesia…

We are in danger of creating a devastating feedback loop than causes more floods, fires and storm.

Timber is the ultimate crisis investment

I don’t know about you, but I seem to spending a lot more of my time thinking about climate change.

I have a professional interest of course.

I’m interested in the technologies that can help us delay this disaster.

Or Elon Musk’s efforts to scale up production of electric vehicles at the Tesla Gigafactory in Nevada.

Recently I’ve been digging into some fascinating developments in carbon capture.

I’ll tell you more about that in a forthcoming issue.

But today I want to talk about something simpler: forests.

Trees are absolutely vital to this story of extreme weather.

They suck up carbon.

They sustain whole systems of animals and insects necessary to our survival.

By investing, protecting and growing forests, we can go a long way towards mitigating the effects of climate change.

“In fact, halting deforestation is “just as urgent” as eliminating the use of fossil fuels,” according to a recent report by 40 scientists to the IPCC.

Razing the world’s forests would release more than 3 trillion tons of carbon dioxide, more than the amount locked in identified global reserves of oil, coal and gas.

By protecting and restoring forests, the world would achieve 18% of the emissions mitigation needed by 2030 to avoid runaway climate change, the group of 40 scientists, spanning five countries, said in a statement.”

It might not be as glamorous as some of the climate change solutions that will come out of Silicon Valley.

But at least trees keep growing when all else is descending into chaos. 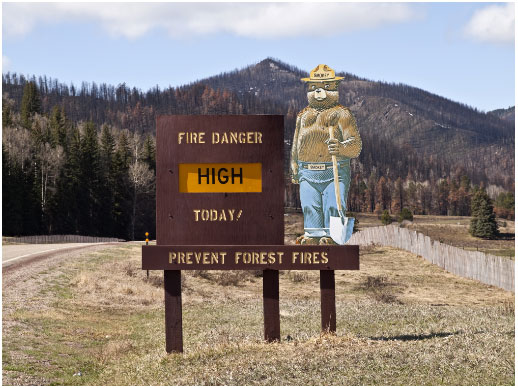 Deep in the woods of the Pacific north-west of America, for more than 100 years, rugged characters, many of whom are members of logging families that go back to the time when the West was being settled, have spent their days recovering timber far from the comforts of civilisation.

Their industry has been remarkably resilient.

Timber is about the only asset that has managed to thrive during market collapses – rising in three out of the four major periods of market anxiety in the last century, according to GMO fund manager Jeremy Grantham.

According to research produced by GMO, timber has risen steadily in price for 200 years and has returned an average of 6.5% a year during the last century.

Looking ahead, GMO predicts a 4.8% return for timber over the next seven years. That compares with a negative 2.3% return for large-cap U.S. stocks (after inflation) over the same period. 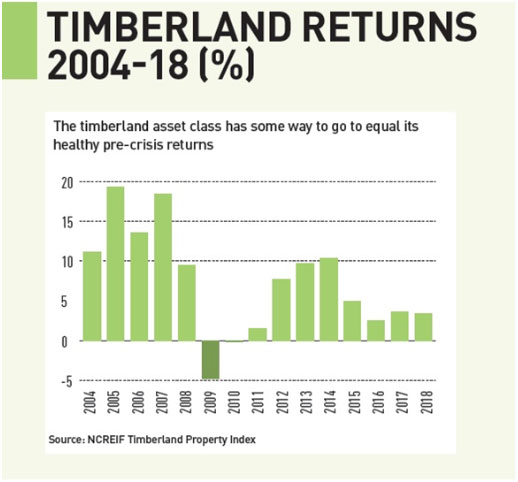 Ok, since the financial crisis, the compounding effects of a recession and the housing crisis has led to a long term slump in demand for timber.

But that only means that the trees can be left to grow.

The price of timber itself only accounts for a third of the return an investor makes on it.

So the most important aspect of timber investing is the growth of the trees themselves.

According to research by forestry expert George Nichols, steady long-term biological growth accounts for 61% of the returns an investor makes on timber.

Meanwhile, the quality of the land a forest covers accounts for just 6% of the return – it only really matters to the extent that it allows the trees to thrive.

In other words, if forest owners are not happy with the timber prices prevailing in the market, they can choose to leave their assets to grow on the stump. And the longer they grow, the more valuable they become. 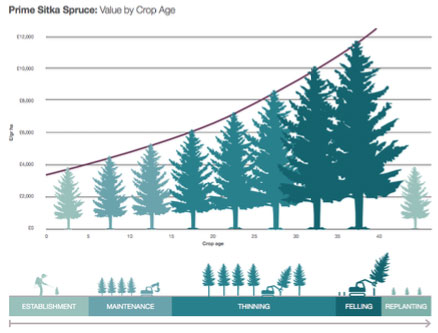 By the time the pines are between 20 and 27 years old, they’ll typically far higher prices as the timber is sold off to make plywood or telephone poles.

And unlike wood processors and paper mills, who are struggling under heavy debt and high labour costs, timber can grow without constant involvement from the owner.

Soil, sunlight, air and water – all the key ingredients for tree growth are provided by Mother Nature.

Those tall pine trees that are being left to stand in North America, Canada and Europe will be worth a great deal when they are finally harvested.

The United Nations Food and Agriculture Organisation estimates that world consumption of wood products will rise by 60% over the next 25 years.

There are serious risks with this asset.

This is a small, concentrated investment market: with only around 160 companies in the supply chain; the top four packaging providers have a market share of 75% between them.

And while timber might grow regardless of the economic environment, it is not immune to its surroundings – in Canada, it is feared up to 50% of this year’s timber crop may have been damaged by a beetle infestation.

As with any alternative asset, forestry attracts more than its fair share of scam merchants – ignore emails imploring you to invest in exotic hardwoods or “biomass”.

That said, it is easy to get exposure. There’s the iShares Global Timber & Forestry UCITS ETF (LSE: WOOD), which tracks the 25 largest and most-liquid listed companies in the sector.

And as you can see it has a decent performance over the last five years.

The fund is an exchange traded fund (ETF) that aims to track the performance of the S&P Global Timber & Forestry Index as closely as possible.

Investing is a good start in the battle against man-made climate change.