A surprising status update from my dullest Facebook friend 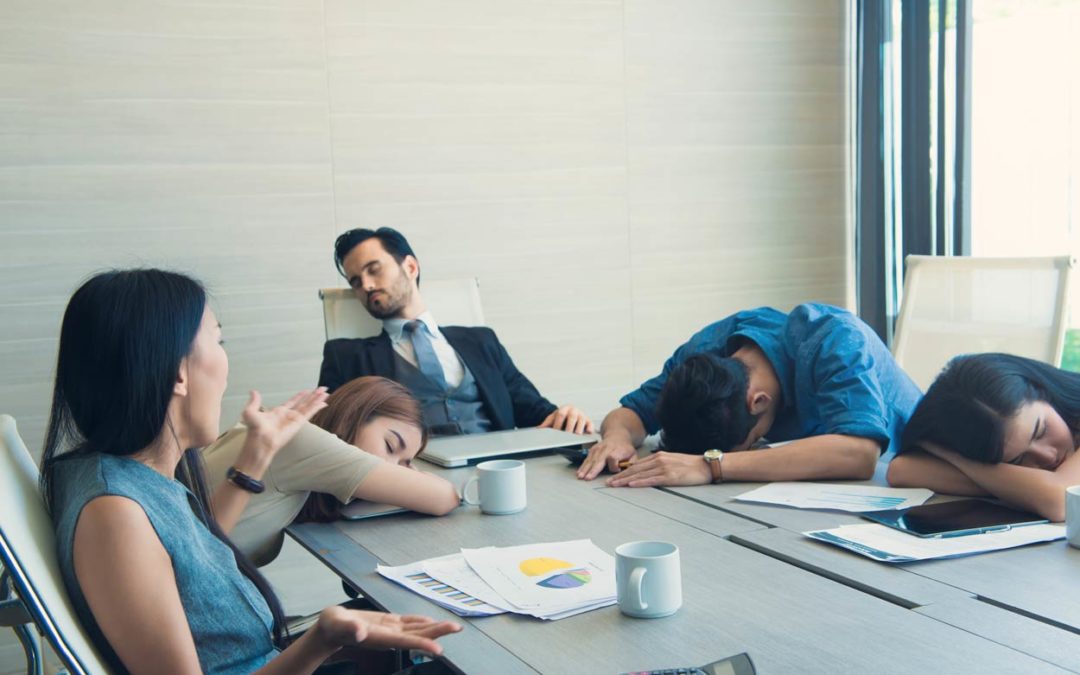 Of all the tedious and inconsequential social media posts I scroll through looking for something of interest, the Fed’s are amongst the most boring.

Perhaps I hoped I’d get the odd bit of gossip of what the Board were planning on doing with monetary policy… you know, ahead of the masses…

No fun at the Fed

Well, I’ve been sorely disappointed with the revelations I get from the Fed’s status updates.

Mostly it’s telling me what I already know…

OK, good – thanks for that. Again, as expected.

But guys, you might want to pay more attention to what’s going on in financial markets right now… I’m not sure they’re buying your ‘everything’s gonna be just fine” line (just sayin’).

See what I mean…

It’s like a real friend posting on Facebook to remind everyone about their job (the one they’ve been doing for 10 years).

Is the message from the Fed a scam?

But I have to say, this Fed post got my attention! 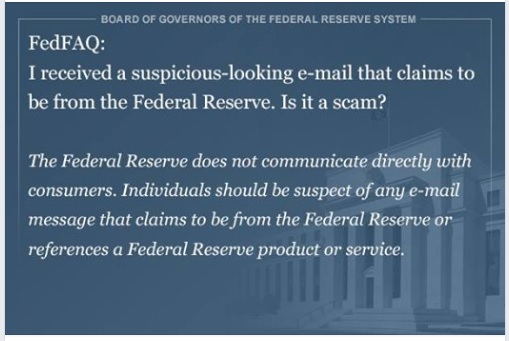 Of course, I can see what they’re saying…

I mean there’s a multi-billion-dollar market in scamming unsuspecting people by sending them what look like official emails from apparently respectable organisations.

You may well have seen some yourself.

In the UK, there are ongoing ‘phishing’ scams that use things like the HMRC as the sender’s name.

Sounds legit… so lots of people open the email… and some people will do whatever it asks. They willingly give away the personal information the scamsters are after…

[After all, who could me more trustworthy and benevolent than the UK taxman, right?!]

Well in the US, I guess one of the most ‘trusted’ and ‘respectable’ institutions in the eyes of the man-on-the-street would be the Fed.

So, if you get an email from The Board of Governors of the Federal Reserve System, what do you do?

Delete it, I hope, once you’ve established that the email address its come from is not right.

But clearly it gets through to lots of people. And lots of people get sucked into disclosing personal data, giving payment details, whatever…

Because if it didn’t work, it wouldn’t have been doing the rounds in various guises for the past 10 years or more.

But what almost made me choke on my porridge when I saw that Fed Facebook update was the headline itself.

In my breakfast speed-scrolling, at first I read it simply as:

“Federal Reserve. Is it a scam?”

To which my auto-reaction was: Yes – yes, it is. For a couple of reasons.

First, it’s not what it makes itself out to be.

And second, it’s going to con millions of Americans and even Brits out of the comfortable retirements they thought they had coming…

… as stock markets crash for real (not just the current ‘wobble’) and wipe out their pensions and savings plans at a time when it’s too late to do anything about it.

It’s not what it says it is…

See, the Fed calls itself the ‘Federal’ Reserve.

But it’s NOT part of the US federal government.

As explained in G. Edward Griffin’s book, The Creature from Jekyll Island, it is in fact a private baking cartel – one that just happens to control the money supply of the world’s largest economy (to the detriment of the ordinary man on the street).

An extract from the Amazon blurb about the book gives you a flavour of it, the ‘Creature’ of the title being the Fed:

“This book is about the most blatant scam of history. It’s all here: the cause of wars, boom-bust cycles, inflation, depression, prosperity. Your world view will definitely change. Putting it quite simply, this may be the most important book on world affairs you will ever read. The 5th Edition includes a no-holds barred analysis of bank bailouts that are shown to be nothing less than legalized plunder of the people…”

The fact is, the Fed was created with the intention of providing the US nation“with a safer, more flexible, and more stable monetary and financial system…” (I copied that direct from the Fed’s website.)

In 1913 (the year the Fed was created), US Congress was promised that if the Federal Reserve Act was passed that it would eliminate the business cycle.

Well that didn’t work out did it?

“We promise there will be no more booms and busts!”

Tell it to investors in 2018/19 – when the stock market really starts to morph from 10-year old bull… into a grizzly bear that wipes out all the gains of the past decade… and more.

Of course, the Fed’s tried hard…

When the financial system was almost destroyed in the wake of the Lehman Brothers collapse in September 2007, the Fed charged into the rescue… with its fellow saviours by its side (the Bank of England, the European Central Bank, etc.)

Collectively they slashed global rates to zero and printed fresh money to get the credit markets… economies… and financial markets firing again.

And it worked… to some degree.

Major meltdown of the markets was avoided… or rather reversed…and stocks started the impressive 9-year bull run that’s coming to an end as we speak.

The question is: what next?

Now the Fed and other central bankers have started raising interest rates… and withdrawing all that liquidity they created with Quantitative Easing… where do stock markets go?

Signs are that investors are spooked… and running for the exits.

They don’t like the thought of borrowing costs rising… choking up the credit markets… and sending loan defaults spiralling.

Here at Monkey Darts we don’t claim to know what the trigger will be that will really kick off the bear market… or when it will come (perhaps it already has?)

Maybe it’s the ongoing US/China trade wars. Let’s see what comes out of the next big Trump/Xiaoping showdown in a week or so in Rio.

“The market action of the last week is 80% due to nervousness about the G20 meeting in Brazil the first week of December, where Trump will meet with Xiaoping.”

If the meeting goes well from a trade perspective, perhaps stocks will calm down, as Marketwatch explains…

“Trump already telegraphed last week that he is going to cave in on demands, when he said he was optimistic on a deal and there was no need for the December tariff hikes. He will likely make a deal to work toward a deal with respect to cars and a promise from China to import more US goods. Trump will declare a historic victory and the market will quickly rebound at least 6%.”

I just had a serious case of déjà-vu reading that!

Whenever there’s been talk of a “deal” or a breakthrough… the market rallies.

Then, the deal is off… and the market falls.

Let’s not hold our breath on that one! Marketwatch again:

“If a trade deal does not happen, then the market action will get very ugly, very quickly. Oil prices fell to $53/barrel today. A ramped up trade war, will send oil prices well below $50/barrel making many US fracking operations unprofitable, which could cause a panic and liquidity crisis in the junk and leveraged bond markets that would spread to the rest of the bond market, which would send the US very quickly into a deep recession. This would be worse than the last recession.”

We’ll see. The world will certainly be watching what goes down in Rio. And perhaps the outcome will move the market either way.

But more likely, it’s the Fed that will determine the outcome for stocks.

And there’s a good chance that it will not be the outcome the Fed – or most investors – want or what the Fed has pledged to do.

After almost a decade of rising stock prices on the back of low interest rates, that tailwind is being removed.

Markets are overvalued and there needs to be a profound correction to bring them back in line.

Watch carefully for the Fed’s next move in December.

Will the Fed deliver that… or change their tune?

Judging by the rising gold price, there’s a lot of people starting to hedge their bets, just in case things get really ugly.