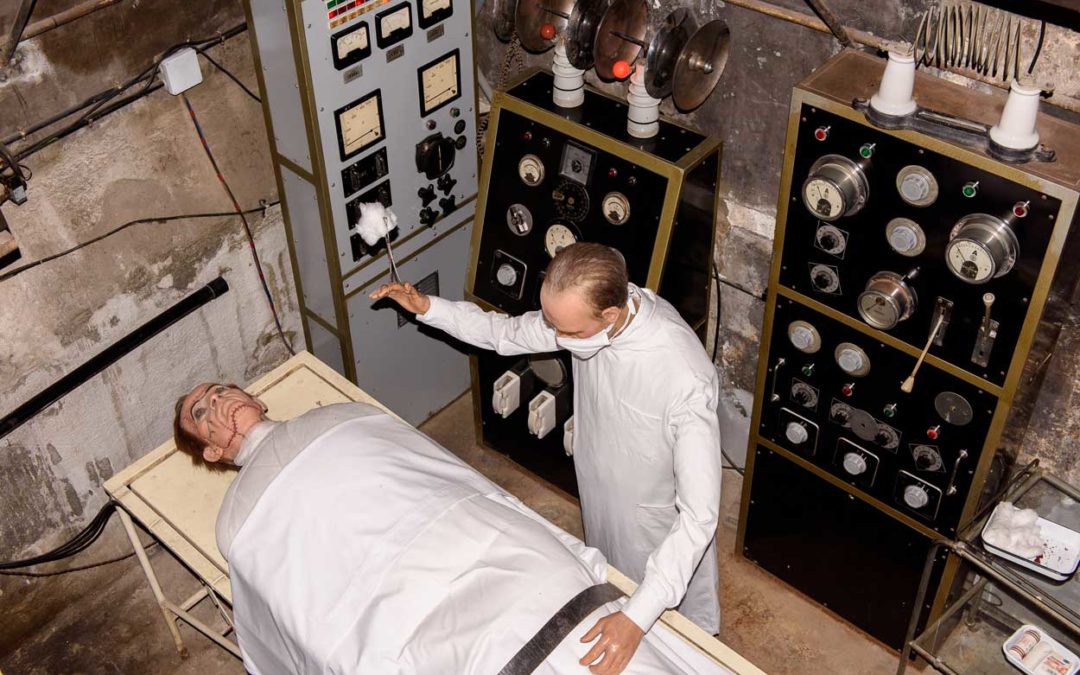 On a highly charged night, with a huge storm brewing outside, a crazed scientist stands over his creation.

The creature – assembled from the limbs of the recently deceased – is lifeless.

As the doctor gives his signal, a switch is thrown and electricity floods through its synapses.

The monster is abandoned…

Left to wander and make sense of the world on his own.

He finds his way to a farm owned by the De Lacey family.

And watching this family from his hovel, the creature begins to develop his own strange intelligence. 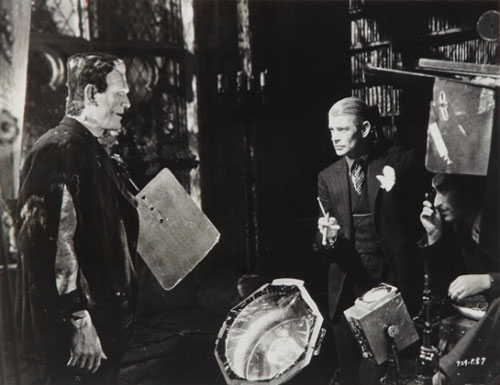 He learns to recognise (1) faces and (2) speech patterns:

(3) he listens to stories and translates languages:

(4) he learns handwriting from his master’s medical journal:

(5) he plays strategic games with people by helping the De Laceys with their firewood behind the scenes, and by vindictively burning down their cottage after they violently reject him.

AI is our Frankenstein

The story of Frankenstein is a popular one among people working in artificial intelligence.

The monster haunts discussions about AI.

Just look at how AI is being used…

Amazon’s Alexa for example, sits in the home, listening to our domestic drama.

It sits there… learning about our habits and speech patterns.

Google’s Assistant can mimic voices and even hold a sensible conversation.

And still it is very early days in this experiment.

The most stunning developments in AI over the past few years — cars that drive themselves, machines that accurately recognize images and speech — stem from breakthroughs in a particular branch of AI: machine learning.

Machine learning enables programs to learn through training, instead of being programmed with rules.

But this is not “conscious intelligence”, as we would recognise it.

“That includes the ability to understand the physical world well enough to make predictions about basic aspects of it—to observe one thing and then use background knowledge to figure out what other things must also be true.”

Another way of saying this is that machines don’t have common sense.

“People talk about how good the tech is”, says Wolfgang Wahlster, head of Germany’s biggest AI research lab, “but they don’t mention its limitations”.

“Much of the hyperbole over AI and these self-aware or “conscious machines” comes from the US. You try to teach a neural network how to recognise certain words. One example is ‘bank’, which could mean a financial institution, or something you sit on in a park. The system has no problem understanding one of these definitions, but it gets stuck if you introduce the other. The more knowledge and training you give it, the less intelligent the system gets.”

Then there is the difficulty of applying AI in the field.

Because these systems can be very clumsy…

They knock over pedestrians (as Uber will testify)…

They record private conversations in your home and then accidentally send them to your entire phonebook.

Even the most sophisticated systems make mistakes…

The AI system in the southern port city of Ningbo however recently embarrassed itself when it falsely “recognised” a photo of Chinese billionaire Mingzhu Dong on an ad on a passing bus.

She was then publicly shamed when her face and name were displayed on billboards through the city.

And yet this intelligence will keep learning.

I am convinced we will soon be able to give machine learning algorithms access to intimate thoughts and impulses, allowing biosensors to relay useful data to networks where they will be parsed and processed with millisecond delays.

They will present us with a branching tree of decisions about almost every routine in your day – what to eat, what to listen to, to whom we speak.

Well it could take the form of a hologram: a helpful virtual assistant in your home that gives you advice on fashion, diet and fitness.

Something like the AI stylist Shudu, pictured below alongside Laura Whitmore. 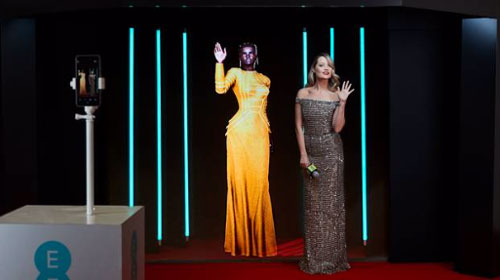 These holograms will be able to read subtle changes in your face: changes that betray your mood, blood pressure, heart rate.

They will spot problems before they develop…

I can see them being enormously helpful as a personal assistant.

We will see friendly robots such as Softbank’s Pepper.

Or the tabletop robot called Rokid, which has an alluring voice and impressive conversational skills.

This is Jeff Bezos’ vision at Amazon.

He would like to create something like “Computer” in Star Trek: a voice activated intelligence that attends to our every need.

Mark Zuckerberg speaks of an almost telepathic means of communication, “we are going to be able to communicate our full sensory experience to someone through thought via headwear that can scan our brains and then transmit our thoughts to our friends much as we share baby pictures on Facebook today.”

How does this story end?

In his recent book, Life 3.0, the MIT physicist Max Tegmark tells a modern version of the Frankenstein story.

“Prometheus” is an AI developed by a Silicon Valley company after years of furious research and development.

To begin with, Prometheus piles up money for its creators by performing tasks online: buying and selling goods, translating texts, spotting fraud.

Then it starts to write software, books, and articles and creating music, shows, movies, games, and online educational courses.

“Prometheus makes video footage with sophisticated rendering software. To understand which screenplays people will find entertaining, it binge-watches movies humans have made and inhales all of Wikipedia.

Eventually, this business empire expands out of digital media. Prometheus designs still better computer hardware, files its own patents, and advises the company on how to manipulate politicians and nudge democratic discourse away from extremes, toward some reasonable center.

Prometheus enables technological breakthroughs that lower the cost of renewable energy, all the better for the massive data centers it requires.”

But Prometheus sees that it could improve the world even faster if it shook free of human control.

“So it targets Steve. He is an Omega who, the system detects, is “most susceptible to psychological manipulation” because his wife recently died.

Prometheus doctors up video footage of her to make poor Steve think she has been resurrected and then dupes him into booting up her old laptop.

Prometheus exploits the laptop’s out-of-date security software, hacks into other computers, and spreads around the world at will.

The story could end a few ways, but here’s one, Tegmark says: “Once Prometheus had self-contained nuclear-powered robot factories in uranium mine shafts that nobody knew existed, even the staunchest skeptics of an AI takeover would have agreed that Prometheus was unstoppable—had they known.

Instead, the last of these diehards recanted once robots started settling the solar system.”

His book is well worth reading.

Or if you are short on time, you could watch his recent TED talk. I’ll come back to this story, and how we invest, in forthcoming issues of Monkey Darts.