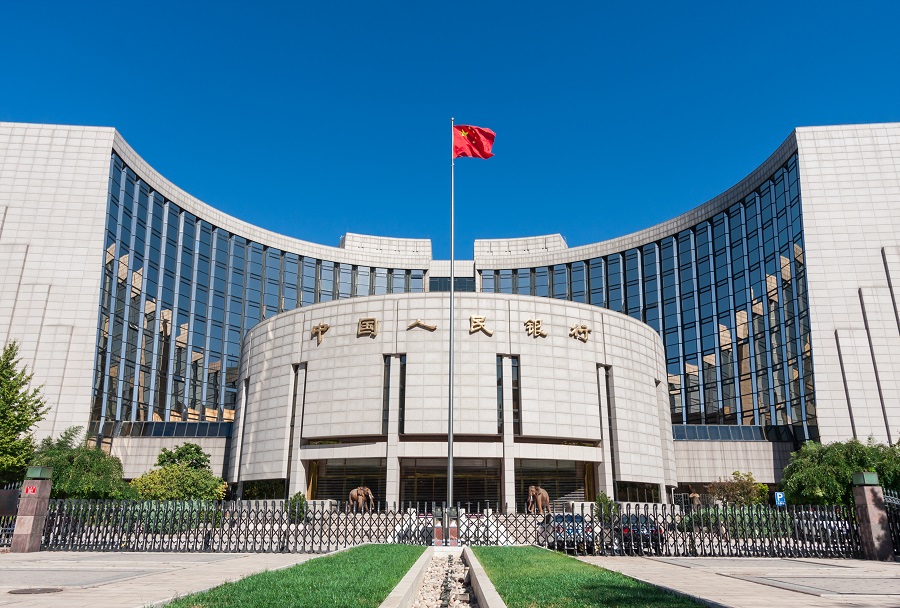 We started the week thinking about how stock markets are in full-on party mode.

Most investors see only good times ahead, so they’re not preparing for anything bad to happen.

So convinced are they that both Donald Trump and Jerome Powell are working to safeguard their money, they keep on buying stocks.

While the price of gold was slipping.

And on the face of it, not too much has changed as we end the week.

Stocks are still edging higher… as investors keep slinging their money in, for fear of missing out on this never-ending rally.

But some things HAVE changed

For starters – just as we expected – the prospect of a resolution to US-China trade tensions any time soon appears to be fading.

But it’s not looking so hopeful now, as CNN reports:

“Donald Trump was supposed to sign a partial trade deal with Chinese President Xi Jinping next week, but negotiations over the final text have reached a rough patch, according to people familiar with the matter.

“In the last several days, the two sides have found themselves at odds over the finer details of an agreement that Trump announced in principle last month from the Oval Office.

“The details in question include the size of Chinese agricultural purchases from the United States, which Trump has touted as a boon to American farmers. China has been resistant at including a number for their purchase commitment, even though Trump said it would be between $40 and $50 billion.

“The two sides have also failed to reach agreement on the level of tariff relief if a deal is struck. And there remain wide gaps on the language included in the deal on intellectual property protections and forced technology transfer, which have been main US demands on China as the deal progresses.

“The disputes have led to questions of when the deal might be ready to sign. Trump has said he will only agree to a good deal, and is content keeping tariffs in place.

“Trump said the United States has yet to agree to roll back billions of dollars in tariffs.”

What do you know?

So, the Presidents of the two largest economies in the world are not suddenly kissing and making up, as some believed they were?

But they’re ‘getting close’, insists Donald Trump’s lead economic adviser, Larry Kudlow, according to the latest news from Reuters.

With signs of the stock market losing its momentum, Kudlow was sent to deliver an upbeat message to the media yesterday.

Washington and Beijing have been chatting on the phone, apparently. And it’s going well.

He said, “there has been very good progress and the talks have been very constructive”.

“The mood music is pretty good, and that has not always been so in these things.”

But, reports Reuters, “he gave no further details on the timing of a possible deal” …

Still, it was all investors needed to give them the nudge to plunk down more chips on the market heading higher.

They smooched to the positive mood music… and sent the Dow futures higher still.

Which means, as it stands the US market will continue its relentless march higher when it opens this afternoon…

Well, until the narrative changes… or Trump tweets… or Beijing contradicts Kudlow’s message.

Let’s see where it goes next.

Of course, as the stock market lurches higher again, it takes a little shine off the gold price.

And as we end the week, gold has given up some of the modest rally it staged between Tuesday and Thursday.

Which is great news for investors savvy enough to know they should be putting at least some of their funds in gold to protect them if (when) stock markets collapse.

They can pick up their gold a little cheaper

And whilst not everyone owns gold, there is a bunch of smart investors actively buying it… in increasing volume.

“At the same time that gold is largely under-represented in many investors’ portfolios, those “in the know” have been buying at a healthy clip. In fact, since the start of the most recent gold price rally, holdings in gold-backed ETFs have climbed to an all-time high. Holdings as of September stood at more than 2,855 tonnes, surpassing the previous high of 2,839 tonnes in November 2012.”

And it’s not just smart investors who have been buying gold.

Central banks prepare for the worst

Central banks around the world have been buying themselves some golden ‘crisis insurance’, too, according to a recent report from the World Gold Council (WGC).

From the Daily Sabah:

“Central banks continue to play a critical role in the rise in demand for gold, according to WGC data. The third quarter of this year saw a 156.2-ton increase in the central banks’ gold reserves. A total of 547.5 tons of gold has been purchased since the beginning of the year.”

And not least, the central bank of Turkey.

WGC’s Gold Demand Trends report shows the Central Bank of the Republic of Turkey (CBRT) purchased the largest amount of gold in the third quarter.

The Daily Sabah continues: “Turkey added 71.4 tons of gold to its gold reserves in this period, raising the CRBT’s total gold reserves to 385.5 tons. The country bought 41.8 tons of gold in August, making the highest monthly gold purchase in its history.”

Russia has also been active in the gold market, adding 34.9 tons in the third quarter to bring its reserves to 2,241.9 tons.

Meanwhile, Serbia was in the news yesterday as it was revealed that its central bank had been adding more gold to its reserves in October.

It joins other Eastern European countries such as Hungary, Poland and Russia which have been boosting their bullion reserves in recent years.

And then there’s China, too.

According to an ex-colleague of mine, Tom Dyson, the Chinese central bank has also been loading up on gold.

“The Chinese government has bought 100 tons of gold so far this year. That’s nearly 20% of total central bank gold-buying this year.”

It makes you wonder, doesn’t it?

Insurance against a “system collapse”

Why are central banks stocking up on the world’s No.1 crisis asset?

Here’s what the central bank of the Netherlands, the De Nederlandsche Bank (DNB), said in an intriguing note it put out in October:

“Shares, bonds and other securities are not without risk, and prices can go down. But a bar of gold retains its value, even in times of crisis. That is why central banks, including DNB, have traditionally held considerable amounts of gold. Gold is the perfect piggy bank – it’s the anchor of trust for the financial system. If the system collapses, the gold stock can serve as a basis to build it up again. Gold bolsters confidence in the stability of the central bank’s balance sheet and creates a sense of security.”

It’s worth paying attention to, isn’t it?

And according to US financial website, Newsmax, the DNB is taking precautions to keep what gold it already holds very safe.

“That said, the DNB is moving about 31% of their gold to a military facility. They stated, “The Dutch central bank is moving part of the national gold reserves to a temporary home in Haarlem ahead of a permanent move to the new DNB Cash Centre at military premises in Zeist.”

“That would be a good move in advance of a major financial crisis, if one did happen. And they aren’t the only central banking institution to move their gold in such an alarming fashion.

“In 2017, Germany completed the process of repatriating its gold reserves from New York and Paris well ahead of schedule. But an article from The Street raises a red flag of concern for motive (emphasis ours):

“After the financial crisis, you started seeing many European countries wanting their gold back. This whole thing started because they were more concerned about control over ownership.”

It’s alarming to think that a central bank is seriously considering the possibility of the monetary system collapsing.

More so when you hear that nations are pulling their gold back to home territory because they don’t trust foreign custodians.

According to Peter Schiff of Euro Pacific Capital, it’s to do with central banks losing faith in the US dollar.

He believes the dollar’s role as the world’s reserve currency will soon be challenged.

“[I think] what central banks are recognizing is that they need to increase their gold reserves because of the impending dollar crisis. Ever since the US led the world off the gold standard, the world has been on a dollar standard. That was fine when the dollar was backed by gold but now the dollar is backed by nothing…”

Right now, the Federal Reserve is devaluing the dollar, by slashing interest rates towards zero.

It says it won’t move to negative rates. But that depends on how the economy fares.

Unless economic data improves… and inflation starts to move higher… the Fed could be forced to go negative.

That could spell major trouble for the dollar… and the entire global financial system.

Central banks and smart investors are taking steps now to ‘insure’ their portfolios against such an outcome.

They’re doing that by buying gold.

And you might want to think about doing the same… in case the stock market party ends abruptly and there’s a rush into gold.