Psychedelics could treat millions with addiction and mental illnesses 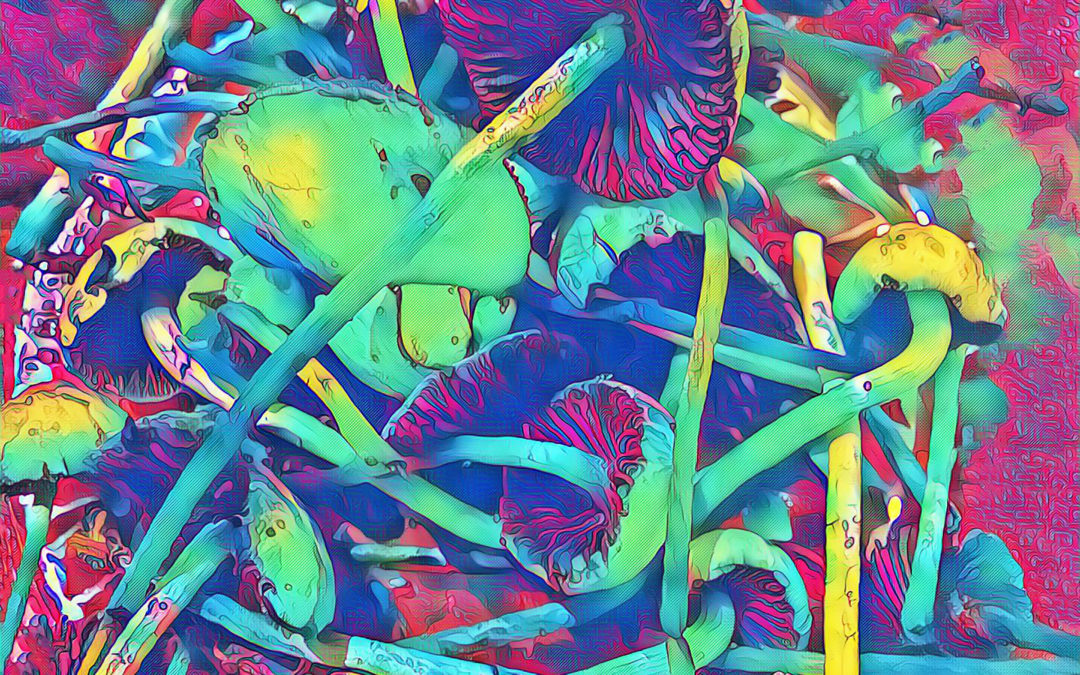 The procedure starts around 8am. You sit down with the doctor to run through the preparations you made over the last few weeks.

It could be a resolution you’ve made: give up drink or smoking, address your fears about death from your ongoing illness.

The doctor assures you that you will be watched at all times. There is no need to experience fear or anxiety. He sits beside you as he says this. Over weeks of preparation you have built a trusting relationship.  This is therapy.

Then you are given the psilocybin.

You lie down on the couch for a period of four to five hours, wearing an eye mask and listening to relaxing music on your headphones.

Then you retreat into your mind.

Daniel Kreitman, an upholsterer by trade, recently took psilocybin in a trial at Johns Hopkins University School of Medicine for nicotine addiction.

He was 52, and he’d smoked between one and two packs a day for nearly 40 years. During his experience he saw lakes, roads, and mountains, and a broad-shouldered man at the helm of a ship, lassoing birds. He remembers giggling and feeling good. Music was playing in his headphones. During Aaron Copland’s Appalachian Spring he had the sensation of physically touching the music, which was smooth and bright yellow in his mind’s eye. As the music progressed, he travelled, flowing outward toward an immense space that never ended.

After his first psilocybin session, his urge to smoke was gone.

During his third and final session, he had a vision that helped him quit for good.

The results from the John Hopkins study have been hugely encouraging…

In another 10-person pilot study on alcoholics, participants more than halved their alcohol intake six months after taking psilocybin.

And new studies on the therapeutic effects of psychedelics are being published by the week.

A UK study in The Lancet Psychiatry, found that eight of 12 patients who participated in the trial were free of long-term depression after just one week of 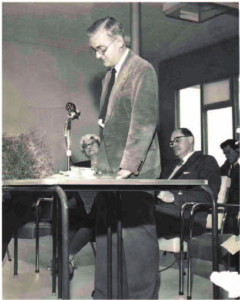 In fact, these studies replicate the findings that were made by scientists since the 1950s.

Osmond, who coined the term “psychedelic”—“mind manifesting,” in his words—wanted to help alcoholics quit drinking.

He recognised that when long-time drinkers stop, they can suffer from a severe and occasionally deadly form of withdrawal called delirium tremens, which can include psychotic episodes.

By treating these patients with LSD, Osmond thought they might learn how to handle these episodes and finally break the cycle of addiction.

And the results were very impressive.

Up to 40 and 45% of his patients continued to abstain a year after treatment.

And it wasn’t that the patients were scared out of the wits from the experience.

The evidence is that these treatments can train a patient to ignore the compulsions that drive addiction, anxiety and depression.

How? In truth, there is not a lot of clarity on how psychedelic therapy works.

When you take psilocybin, your body metabolises it into psilocin, the active compound in the hallucinogen. This stimulates serotonin receptors on your neurons, exciting those cells and prompting a cascade of neural activity.

Scientists at the University of Zurich have found that activity in the amygdala, the fear center of the brain, declines on psilocybin, making people less reactive to negative stimuli, which might explain how it could help with depression.

According to scientists at Imperial College London, it seems that connectivity within neural networks responsible for weaving information into a coherent whole also declines; but connectivity between networks usually specialised in different tasks increases.

What that implies is both a kind of disorder – the kaleidoscopic colours and sensation of dreaming while awake – and a kind of freedom, which the researchers call “ego dissolution.”

That rings true for me.

I have personal experience with this. It is not normally something that I share publicly but I can certainly testify to the positive effects that are being described in these new medical studies.

Taking psilocybin in mushroom form in my twenties, I experienced a complete break from myself. Staring intensely at the fields and clouds for hours at a time, I had a profound sense of freedom and connection with my surroundings.

These experiences were enormously therapeutic for me. They broke me out of cycles of drinking and depression for months at a time.

It was a way to completely reset your clock.

And some of the more intense psychedelics I had taken since then have been even more joyful.

DMT – which is now being studied by scientists at Imperial College – was particularly intense, sending me on a 15-minute interstellar trip that is among the most vivid experiences of my life.

For weeks after, I felt like I had returned from the most spectacular holiday.

So I am not at all surprised at the findings of these studies.

It’s easy to see how the sense of self – which can be crippling for people suffering from depression and addiction – can melt away during these treatments, opening the possibility of new patterns of behaviour once you come back to reality.

And I am persuaded that we could soon be using psychedelics in the treatment of a great number of mental illnesses.

I must admit my experiences were NOT part of a medical study. And I am not suggesting that anyone should do the same.
These drugs can be dangerous in the wrong setting. Anybody who has experience with taking psychedelics will tell you about the trauma of a bad trip.
You can find yourself in a state of awful distress, focusing all your energy on clinging on to a fragile sense of reality.As Michael Pollan (pictured below) points out in How To Change Your Mind, the setting and preparation for this therapy is absolutely vital. 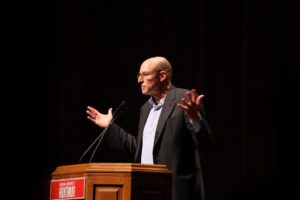 It’s important you work with a doctor for weeks beforehand to prepare you for the trip.

You’ll need to do exercises that help you to limit your anxiety and mentally prepare you for hours of hallucinating.

And the medical supervision is also important: having someone in the room to calm and reassure you can reduce the risk of a troubling experience.

That said, there are a great many benefits to this kind of therapy.

Compared to other substances, psychedelics have very low addictive potential according to Dr John Kelly, lecturer in clinical psychiatry at Trinity College.

These drugs can work where other therapies have failed.

And despite their reputation, these drugs, in the right dose, and in the right conditions, are actually quite safe.

The adverse effects of psychedelics are usually short-lived; serious psychiatric symptoms following psychedelic are typically resolved within 24 hours or at least within a few days.

In Drugs – Without the Hot Air, David Nutt calls psychedelics “among the safest drugs we know of”.

Referring to mushrooms and LSD, Nutt writes: “it’s virtually impossible to die from an overdose of them; they cause no physical harm; and if anything they are anti-addictive, as they cause a sudden tolerance which means that if you immediately take another dose it will probably have very little effect.”

This One Biotech Leads the Field

Will these drugs be decriminalised as quickly as medical cannabis?

As Michael Pollan points out:

1. The risks of unsupervised psilocybin use are considerable, and of a different order than the risks of cannabis.

People with a personal or family history of schizophrenia, for example, need to be actively discouraged from using psilocybin; reckless or casual use can have more serious consequences than the casual use of cannabis, particularly in high doses, when the presence of a sitter or guide is imperative.

2. However, unlike the case of cannabis, where the US government actively blocked research into marijuana’s medical benefits, no obstacles have been placed in the way of psychedelic research and the process has not been politicized in any way I am aware of.

You can read more about his reservations with magic mushrooms here: https://michaelpollan.com/articles-archive/where-i-stand-on-magic-mushrooms/

You also have to wonder about the payoff for drug companies.

They would prefer to invest in molecules that they can patent. And they also have a preference for pills that you take every day, rather that once or twice, and under medical supervision.

How do you profit from psychedelic-assisted treatments?

The lesson from medical cannabis, and a pioneer such as GW Pharma, is that companies can develop therapies that treat chronic medical issues and turn a serious profit for shareholders.

And there are huge markets that psychedelics could address. The depression medications market was valued at $14.51 billion worldwide in 2014 and predicted to grow to $16.80 billion by 2020.

So it’s worth looking at a few of the pioneers in this field.

Berlin-based biotech ATAI Life Sciences is the largest player at the moment. The company is targeting a potential initial public offering for the end of this year.

ATAI owns Perception Neuroscience, a company developing therapies for neuropsychiatric diseases (e.g. eating disorders), and is the largest stakeholder in Compass Pathways, a firm looking at psilocybin-based therapy for depression.

Last October, Compass received a ‘Breakthrough Therapy’ designation from the US Food and Drug Administration (FDA) for its psilocybin depression therapy.

The company has made enough of the active ingredient in magic mushrooms to test on 20,000 people.

And I’ll return to this story and the investment potential as ATAI gets closer to an IPO.

Next week I’m going to have a look at recent breathroughs in multisensory technology: the business of adding new senses to our experience: from echolocation to stimulating our sense of electric fields.