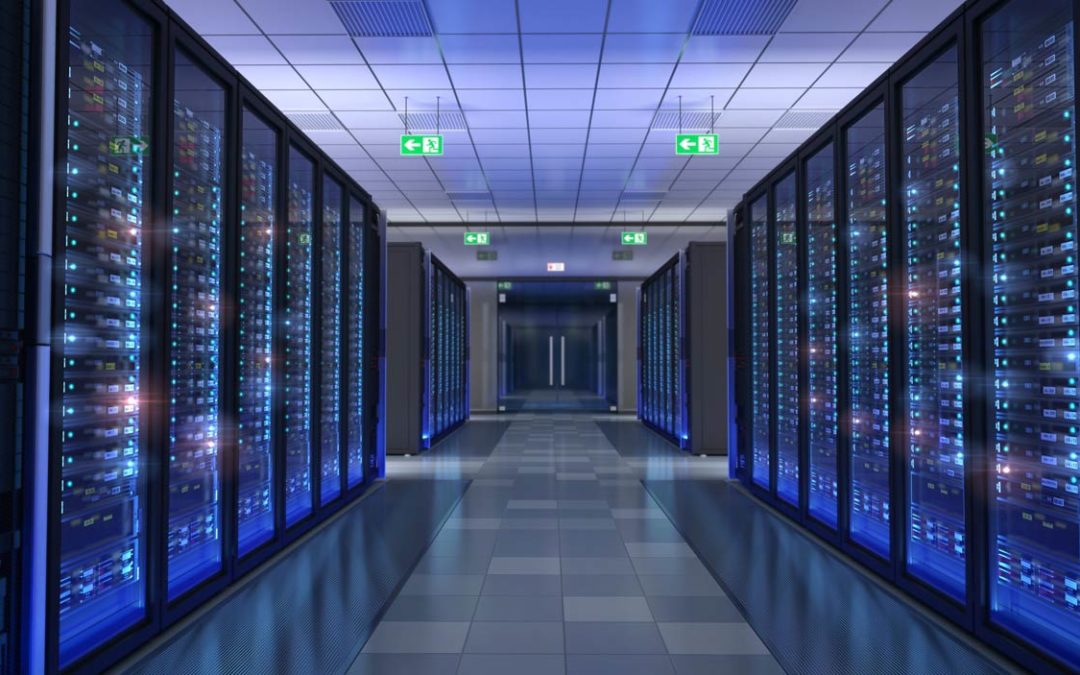 On a remote crop of land on the outskirts of the city of Ordos in Inner Mongolia, there are eight metal warehouses, each about 100m long.

But they house some of the most valuable equipment in technology – 25,000 computer servers that are dedicated to mining of a new precious resource: Bitcoin. 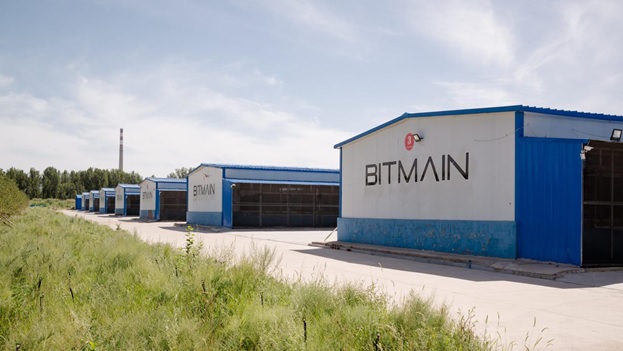 Each day these machines work to solve the complex cryptography problems that sustain global trading in Bitcoin.

And it’s proving an expensive business.

The entire operation at Ordos runs on electricity produced with coal.

And as millions of people have rushed to buy and sell Bitcoin over the last few years, the energy bills have rocketed.

A recent study published in Joule found that bitcoin mining now consumes at least as much electricity in a year as all of Ireland (about 24 TWh).

That energy use is doubling every six months and could reach the annual consumption of the Czech Republic (about 67 TWh) before the end of 2018.

This is a big story.

Electricity bills make up for 60% of the cost of mining a coin, according to Alex de Vries, an employee of the consultancy PwC and the author of the Joule study.

And as it happens, this is not just problem for Bitcoin.

It’s all of technology.

Today, the digital economy uses 10% of the world’s total electricity.

And it keeps climbing.

From YouTube videos…to news broadcasts…to Google…an increasing bulk of human activity is involved in the creation and moving of information.

And it’s sucking up huge amounts of energy. 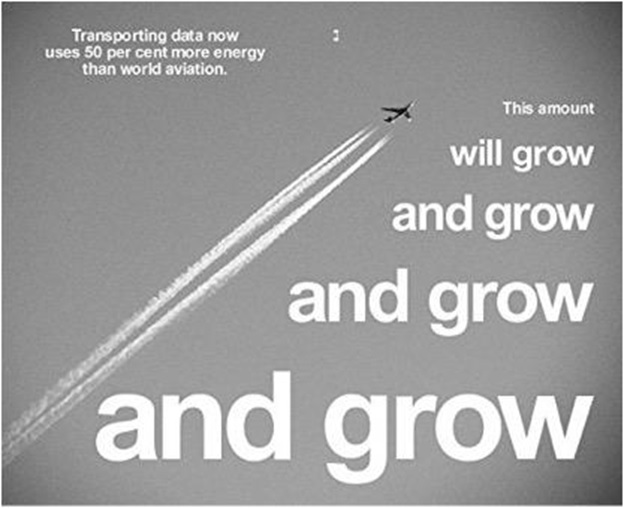 And there are huge implications for global emissions.

A new report this week from Intel and Ovum lays out the companies’ expectations for the growth of data over the next decade, and the conclusions are eye-opening:

1. Video will account for 90 percent of data use, but Virtual Reality and Augmented Reality will reach a tipping point and cause an explosion in data usage.

2. A“Sensation Layer” will be added to Video : videos will improve in resolution; they’ll also include additional media and immersive experiences that improve the experience. Video viewers could “feel the vibrations and torque of driving a Formula One race car, the breeze of an African savannah, or the thrill of the bass at a U2 concert,” Intel suggests, enabling previously popular movies to be “rereleased with a new sensation layer”.

3. Virtual Reality is Very Engery Intense: The report notes that one minute of Augmented Reality will consume 33 times more traffic than one minute of 480p video on YouTube.

In short, we’ll have thousands of devices per square mile of each city.

Each of these devices will be running high definition video, 3D interactive games, fitness tracking, calls and entertainment in real time.

And it’s going to cause havoc.

We could see a spike in oil prices…

A spike in carbon emmissions…

In his recent book, Age of Earthquakes, Douglas Coupland even goes so far as to predict a rise of seismic activity around the world….

“The carbon that fuels our economic life is melting the ice caps.

The shifting weight of millions of bilions of tons of melting ice is relieving vast gravitational pressure from the Earth’s crust.”

This is why we could see increasing seismic activity…

As I said, this is a big problem.

This is why billions are being invested by tech giants to speed the flow of information around the global economy.

The internet, which is a global hodgepodge built on top of a century old telephone system, is being rebuilt.

We will need more data centres — the ‘bit barns’ — that carry out the tasks.

And these will need to be more efficient.

The server racks that take in, process, store and relay escalating volumes of data need to be constantly speeded up and turbo-charged in a power efficient.

Keeping them in cooler locations, underground for example, can cut down on large quantities of energy required for cooling.

Most of all, though, we will need a new wireless 5G networks to solve it, which will operate 100x faster than the current still not universal 4G networks.

This is good news for the upside of the REIT American Tower, which owns towers and other structures on which wireless companies rent space to install their telecoms kit.

Outside the US, American Tower has a growing presence in India, Nigeria and S. Africa and rents out space on nearly 150,000 sites worldwide in a sellers’ market.

In China, the dominant force in the field is China Tower, which serves its joint venture partners China Mobile, China Unicom and China Telecom, as China scatters the landscape with base stations and towers. China Tower has a widely anticipated IPO in June and still looks like a good prospect.

We will also need to speed up what happens in a data centre.

That’s why, right now, there is a shortage of the specialist chips needed for warp speed data exchange.

Virtually every communications network in the world—telecom and data center—depends on optical components and modules.

These chips use pulses of light rather than electrical current to do their work.

They deliver bandwidth at the smallest scale – on and between chips in the banks of data centre servers.

The pack leaders are Finisar and Lumentum.

The prospects for these specialist chip companies supplying optical interconnects look bright over the next two to three years as the world’s data centres strive to speed themselves up.