The one cannabis stock I would buy now 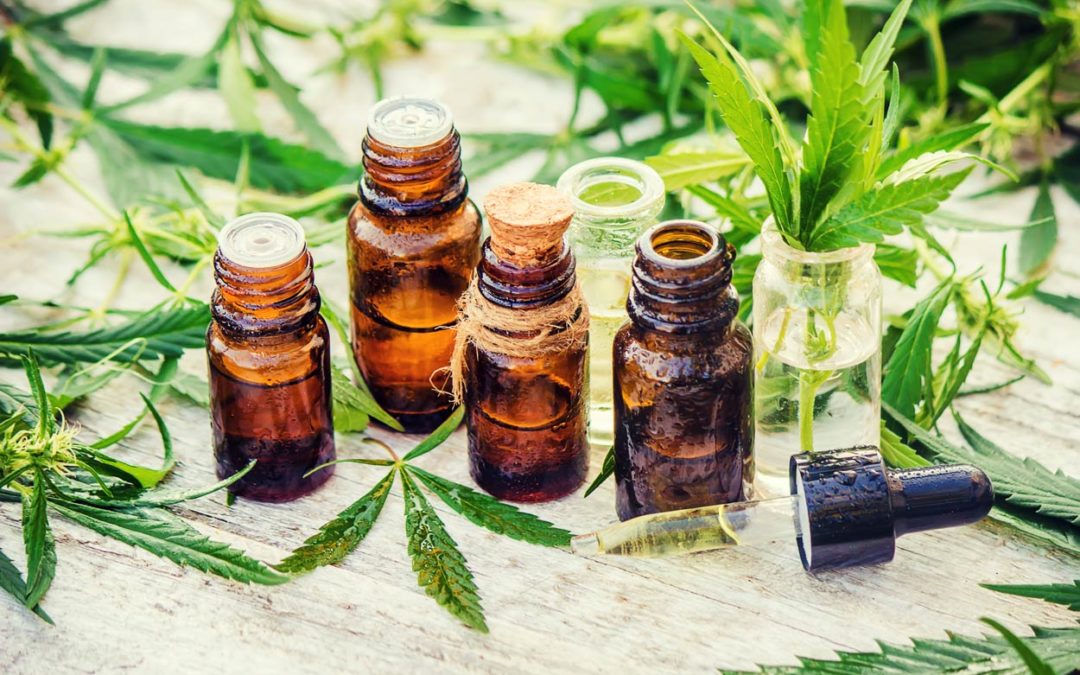 This Thursday, November 1st, almost 80,000 doctors in England, Wales and Scotland will start prescribing medicines derived from cannabis for the very first time.

Thousands of people with drug-resistant conditions will be able to use medical cannabis to manage their conditions.

Just a few months ago, cannabis was deemed a Schedule 1 drug in this country.

That means it was considered to have no medicinal value.

It was illegal use it.

It was illegal to supply it.

There was very little investment poured into researching its therapeutic benefits.

But now that the Home Secretary Sajid Javid has relaxed regulations, bringing UK regulation in line with the Canada, Holland, Portugal and many others, we can begin to study the medical benefits of this plant in earnest.

And I think over the next few years, we will see the start of a rush of new cannabis drugs to market, treating an extraordinary variety of illnesses.

A lot of people right now are fixated on the legalisation of cannabis for recreational use.

That’s the story that has dominated headlines here and in the US and Canada.

But I think medical marijuana is actually a few more interesting story for investors.

And I want to point you to one company who has toiled in this field for decades today.

How we discovered miracle qualities of this superdrug

In fact, medical benefits of cannabis have been open secret for some time.

The first legal user of the drug was Robert Randall.

In 1976, he managed to convince the US Supreme Court that he needed regular doses of the drug to prevent his degenerative glaucoma from rendering him blind.

In the 80s, the drug was passed among men suffering through AIDs in San Francisco.

They said it helped with nausea.

It gave you an appetite…allowed you to build enough calories to no longer look sick.

Illegal dispensaries popped up throughout the US. 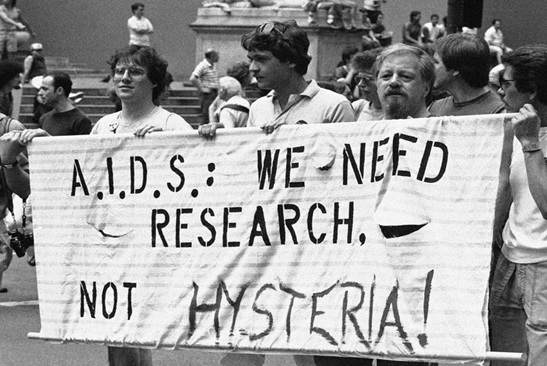 Little was known about the plant’s capabilities and limitations as a medicine.

But that is all changing now.

Take the example of Charlotte Figi.

Charlotte was born on 18th October 2006 in Denver, Colorado, she and her twin sister were normal, healthy babies.

But at three months old, Charlotte started having seizures.

Her eyes would roll.

She’d foam at the mouth.

And her body would convulse uncontrollably.

At first, the seizures would happen every few days.

Typically, it would last maybe half an hour.

But soon she was having them daily and they’d last for hours at a time.

Eventually, when Charlotte was about three years old, doctors were finally able to give her condition a name: Dravet’s syndrome.

It’s a severe and very rare form of epilepsy, affecting less than 1 in 40,000 children worldwide.

Of course, with any medical condition, knowing what you’re dealing with is a major step.

By the time she was five years old, she was having up to 300 grand mal attacks every week.

So the doctors decided to take extreme measures.

They experimented with a course of medical marijuana.

There are two primary cannaboids that occur naturally in the cannabis planet: tetrahydrocannabinol (THC) and cannabidiol (CBD).

Both of these substances interact with the cannabinoid receptors found in the human body and brain, but they differed dramatically in their effects.

CBD is non-psychoactive (which means that it will not get the user high) and it is usually administered as an oil.

If you asked them today and the Figis would have no hesitation in telling you that it was CBD oil saved the life of their child.

By age seven, she was “99% seizure-free”, having just one attack a month which would be under control within minutes.

From being wheelchair bound and unable to walk, eat and swallow or even talk at age 5, she’s now able to do all the things normal kids do.

And these stories keep popping up.

You can’t have missed the moving story of Billy Caldwell. 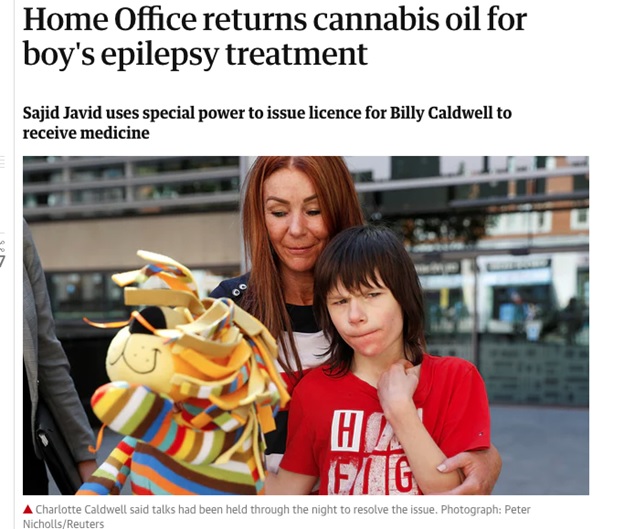 Like Charlotte, Billy is plagued by a severe and debilitating form of epilepsy, suffering as many as 100 seizures a day.

Conventional drugs don’t work on him either.

But the CBD contained in the cannabis oil he’s been using does work.

It stops his seizures within seconds of taking it.

No wonder there was national uproar when the supplies of cannabis oil that Billy’s mother was bringing home from Canada were confiscated at Heathrow Airport.

Why you may be soon be taking medical marijuana yourself

These are quite obscure conditions of course.

But the potential for cannabis derived medicine is actually far broader.

For example, it is currently being used in tests to treat Post Traumatic Stress Disorders (PTSD) for soldiers returning from war.

The Food and Drug Administration (FDA) has approved four drugs with chemicals from or similar to the ones found in the cannabis plant, including Epidiolex, a drug used to treat a rare and severe form of epilepsy in children.

But it turns out cannabis doesn’t just produce a few chemicals, with a few specific applications.

In fact, our bodies have an entire cannabinoid system.

The system controls the function of almost every part of our anatomy. And until relatively recently, we didn’t even know it was there.

The endocannabinoid system is made up of receptors which live on the surface of particular types of cells. There are two types of receptors: CB1 and CB2.

CB1 receptors are to be found mainly around the brain and the central nervous system; CB2 are found mostly in peripheral organs, particularly in cells associated with the immune system — see figure below. 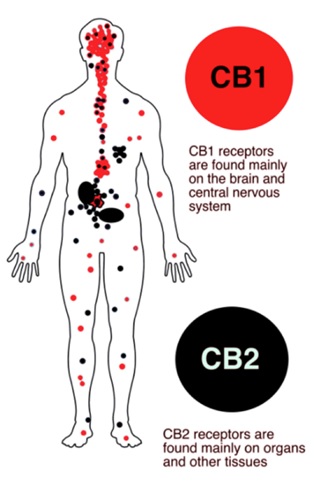 The body produces these endocannabinoids and uses them to send messages to the CB1 and CB2 receptors on the organs and nervous system. Basically, the body uses the chemicals to regulate these systems.

So there is a potential here for therapeutic for many conditions including diabetes, Alzheimer’s, asthma, migraine, Parkinson’s, obesity and many more diverse illnesses.

No wonder governments are lining up to lift bans on cannabis treatments.

And for investors, there is the very real prospect of making huge returns as medical and recreational cannabis is legalised across the US, Canada and in some parts of Europe over the next few years.

According to Todd Harrison of CB1 Capital, a hedge fund, there are more than 85 clinical trials investigating the effects of cannabinoids on everything from behavioural problems in kids to cancer, to asthma.

The One Cannabis Stock I Would Buy Now

GW Pharma (NASDAQ:GWPH) is undoubtedly the leader in this new emerging field.

It has already has one cannabis-derived product that can legally be prescribed: Sativex and is used to treat multiple sclerosis.

Sativex is an oral spray with a 1:1 ratio of THC and CBD, has been approved in 30 countries, mainly in Europe, for MS-associated spasticity.

GW Pharma are also the makers of Epidiolex – a drug that was just approved by the FDA earlier this month.

Epidiolex is a CBD formula aiming to benefit children with two rare and debilitating seizure disorders.

Aside from synthetic THC used for Aids and cancer-related loss of appetite, Epidiolex is the first cannabis derived drug available in the US.

And the company is investing heavily to produce more affordable cannabis treatments for the mass market.

These include clinical trials for autism spectrum disorders, the aggressive cancer glioblastoma, schizophrenia and more.

As we said, CBD is also thought to have potential in more broad-based conditions like anxiety and depression.

Pharmaceutical companies have to spend a fortune developing drugs.

In its latest earnings call, the company said its spending on research and development increased by $8.1 million primarily due to expenses related to the program development related to Epidiolex.

But the medical marijuana industry will evolve in a manner similar to the pharmaceutical industry, according to NYU Professor Aswath Damodaran.

He states that it is a “safe prediction” that medical marijuana will become legal in all states before recreational marijuana.

And that could be a big boon for a company like GW Pharma.