It was billed as a groundbreaking “scientific experiment”.

In early 2004, 10 contestants were herded into an abandoned shopping center in London’s docklands, and over the course of a week, they were gradually starved of sleep.

The show was called Shattered.

And the rules were simple: fall asleep and you got kicked out.

Sleepless contestants were made to peel hundreds of potatoes in silence for a day while being shouted out by a burly man.

They were read to by a “grandmother” with an extremely comforting voice.

They were made to sit in comfortable chairs and watch paint dry.

The results were surprising. 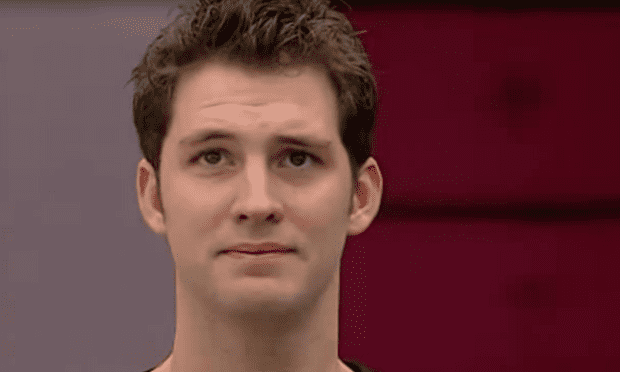 They suffered hallucinations – reacting to objects that weren’t there and recoiling from shadows.

They reported objects warping around them.

The shows runner-up Chris Wandel (pictured) seem to suffer a mental collapse in one episode, insisting he was the Australian prime minister acting on the set of Neighbours.

We are chronically starved of sleep

In the fifteen years since Shattered was aired, sleep deprivation has become a national obsession.

The truth is we are chronically starved of sleep.

In 2013, research by the Sleep Council discovered that more than 70% of us were sleeping less than seven hours a night.

By 2017, a Travelodge survey found were sleeping for an average of six hours and 14 minutes.

And still the minutes are being eaten away – disturbed by our working and exercise patterns, our habit of looking at the blue light of screens before we lie down at night.

The health implications are serious.

Without sleep, your ability to make rational decisions fails and you become impulsive,” says Prof Russell Foster of the University of Oxford.

“You lack empathy and your social interactions will also be compromised.”

Your immune system also becomes compromised; as your white blood cell count drops, your ability to fight off infection diminishes.

Research has even linked sleep deprivation with an elevated risk of Alzheimer’s disease: as we sleep, the brain clears out the toxic metabolic waste product beta amyloid, a protein fragment that destroys synapses and can clump into plaques that cause nerve calls to die. Losing even one night’s sleep results in elevated beta-amyloid levels in the brain.

The Booming Industry in Sleep Technology

In fact, “sleep hygiene” is both a health epidemic and a booming industry.

Increasingly, people are adopting an attitude to sleep, just as with dieting and exercise, where careful study and action can radically improve health, adding hours back to our day and reducing stress and risks of mental disorders.

There are serious opportunities for investors…

One very profitable corner of the market has been in making mattresses that respond to our sleep patterns.

For example, London-based Simba Sleep worked with the Sleep to Live Institute to test a smart mattress using more than 180 million body profile data points and the profiles of more than 10 million people. It’s hugely popular.

Nokia has released a sleep-tracking sensor that slips underneath your mattress and detects your movements and monitors for snoring.

There are smart pillows for home and travel that…

· Are yielding on one side and firm on the other

· Helps you find the unique ideal sleeping position The biggest success story is Casper – a start up mattress company that retailer Target tried to buy last year for $1bn.

Casper has turned huge sales of its foam mattresses into a sleep business with a quarterly print magazine, sleep fitness centres and most recently “The Dreamery” (pictured) – a nap lounge with sleep pods and “post-nap amenities”.

Casper is thought to be planing a public listing.

The fastest growing market is in wearable devices.

These new startups are using technology that proactively studies, diagnoses, and recommends solutions for treating your sleep disorders. 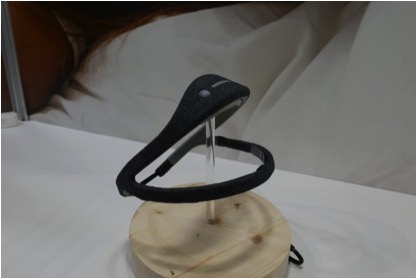 The Cereve Sleep System cools the forehead and soothe “a racing mind”.

Lighting Science makes the Genesis Lamp, marketed as the “first 24-hour lightbulb”, which monitors your sleep schedule, then alters the light according to your circadian needs – a device that is both NASA astronauts and soldiers in Afghanistan.

China-based startup Sleepace offers a sleep module that connects to other devices in your bedroom, doing the full job by connected sleeping routine with bedroom temperature monitoring, smart pillows, alarm and light activation upon waking up.

These has led to strange cult springing up around sleep fitness – with users ceaselessly pouring over nightly charts of hours spent in REM sleep, snoring, twisting or turning.

In fact a recent study of wearables published in the Journal of Clinical Sleep Medicine, found that sleep devices can make the user over-conscious of any sleep problems, adding to stress and making them feel poorly rested.

“The claims of these devices really outweigh validation of what they have shown to be doing,” said the report’s lead author, psychologist Kelly Glazer Baron.

The data can often be very misleading.

For example, some products may think that a user is sleeping when actually they are reading in bed.

And others do not even differentiate between light and deep sleep.

So I think the most promising investment opportunity is in dealing with the rise in chronic conditions due to sleep deprivation.

In the US, some 50-70 million people from sleep disorders.

There are around 15 million snorers in the UK, according to the British Snoring and Sleep Apnoea Association (BSSAA),

Recent research by the British Snoring & Sleep Apnoea Association, revealed that of the 1100 plus people polled, 77 per cent said their snorer was willing to seek a solution, but had yet to find it.

There is one problem that merits huge investment – and many companies are profiting from selling sleep aids to very grateful users.

The picture tells the story. It shows the arm of Lenny Madarski, who woke on a SouthWest Airlines flight to discovered he had been repeatedly “jabbed” with a pen by a fellow passenger angry at his snoring. 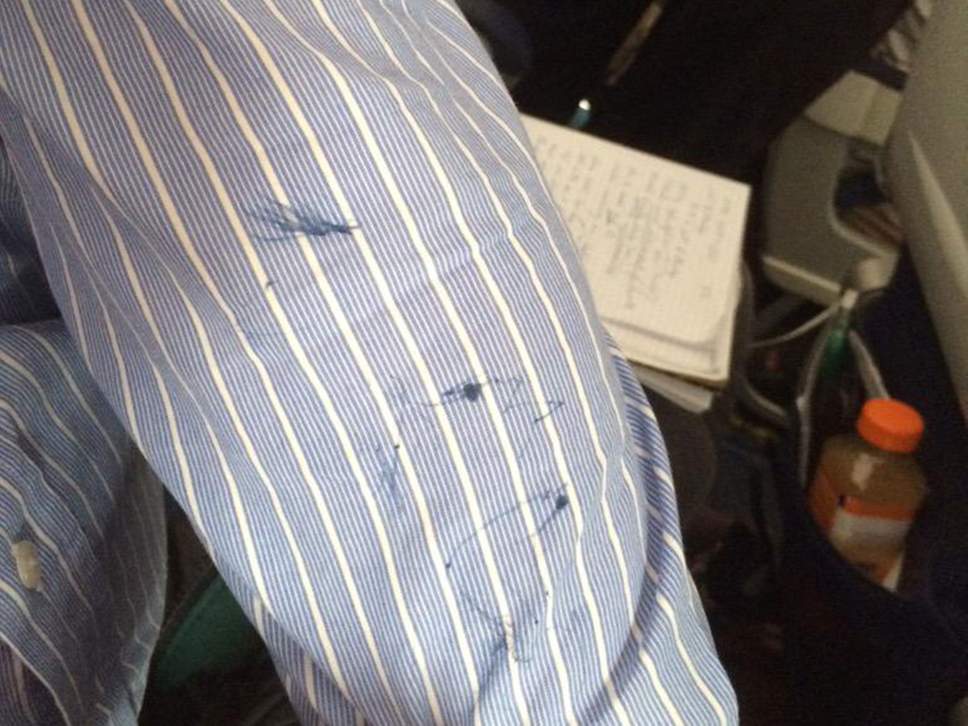 San Diego based ResMed (NYSE: RMD) looks a very interesting play on the battle against snoring and sleep apnea – a condition in which you stop breathing repeatedly during sleep, sometimes a hundred times in a single night.

ResMed is a designer, manufacturer as well as a distributor in the worldwide market for generators, masks and accessories for the treatment of sleep-disordered breathing and other respiratory disorders.

According to Motley Fool: “With more than 4 million cloud-connected devices and software solutions that help the company monitor their patients remotely, treat and manage sleep apnoea, ResMed is a clear leader in this niche market”.

There is the potential for huge growth in America and internationally.

I’ll keep an eye on it and report back in forthcoming issues of Monkey Darts.