Why the next great biotech stock is…Fujifilm 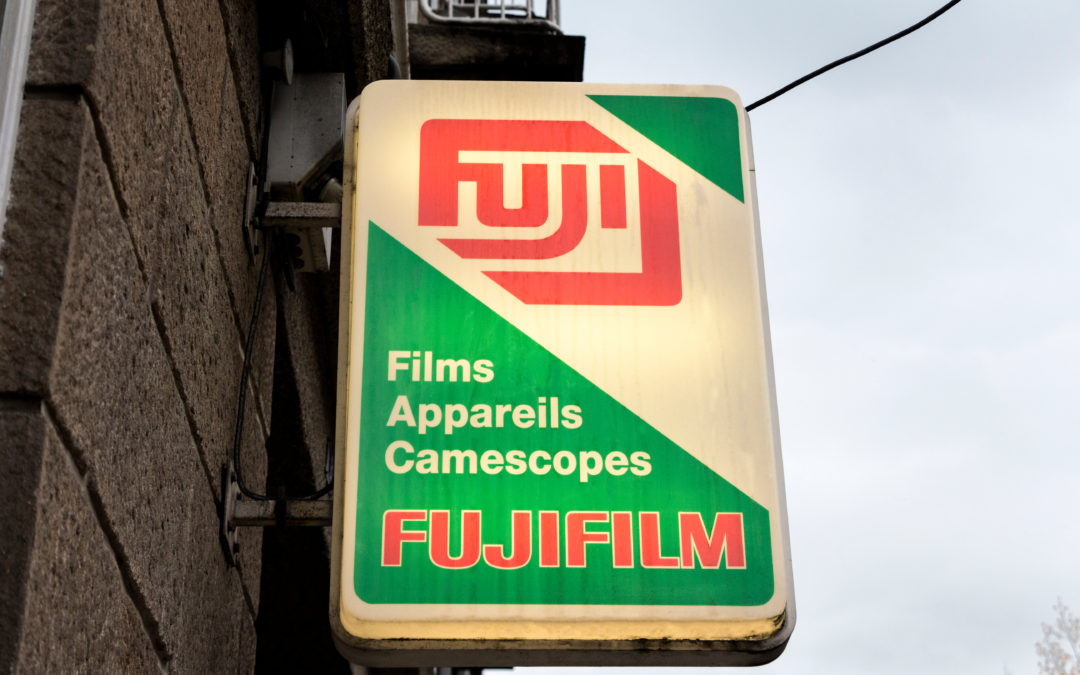 Today’s phone cameras have a series of features that help us to take memorable photographs.

We have the zoom function.

We have filters to keep us looking fresh.

With HDR, we can take repeated exposures and then blend them into a single shot. 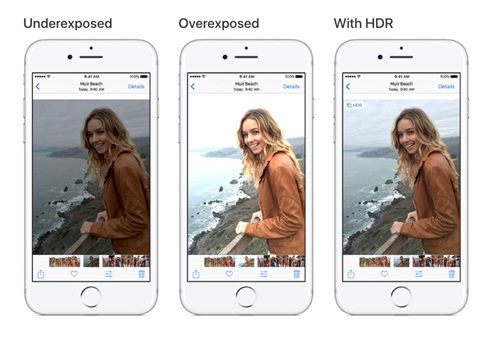 The latest iPhones use artificial intelligence to take years off your face.

In the past though, all this work had to be done with chemicals.

Companies such as Kodak and Fujifilm spent years experimenting with colour in order to make photographs look as vivid as possible.

It was a delicate process. The film roll had to be coated with 24 layers of sophisticated chemicals: photosensitisers, dyes, couplers and other materials deposited at precise thicknesses while travelling at 300 feet per minute.

Wide rolls had to be changed over and spliced continuously.

And all this work had to be done in the dark.

And in recent years they have started using that knowledge in a very interesting way.

For some time now, Fujifilm has been moving into a variety of skin related businesses that include cosmetics, stem cell research and even bioprinting.

And what was once a photographic company is now emerging as a profitable and cutting edge healthcare company.

Fujifilm is aiming to double sales in its healthcare business over the next few years in an effort to crack 1 trillion yen (£7.1 billion).

And it is buying up research business faster than anyone in the industry.

How Fuji Reinvented Itself

Just ten years ago, this was a company that was massively dependent on income from photography.

But under the stewardship of Shigeta Komori, Fujifilm began to expand into several thriving markets with an uncanny knack for timing.

For example, Komori saw the boom in LCD screens early and invested heavily in the market.

Fuji took their expertise in photo film technologies and created a variety of high-performance films that are now essential for making LCD panels for TV, computers, and smartphones.

Or take the cosmetics business.

Nakamura Yoshisada (pictured), the senior research manager in Fujifilm’s Pharmaceutical Laboratories, has led the development in this area. 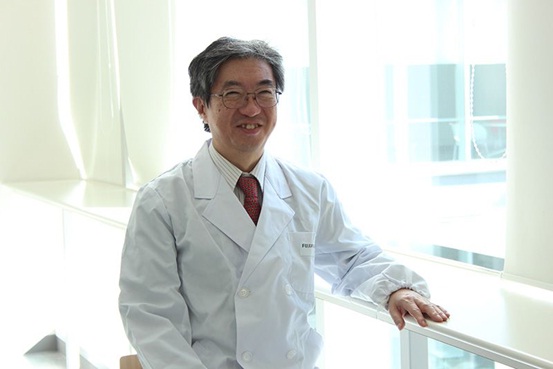 As he explains, the key breakthrough was in the use of antioxidants…

Fujifilm had done extensive research on technologies to prevent oxidation by ultraviolent rays: which causes colour fading in photographs and also leads to aging of human skin.

To combat this, Fuji scientists learned to use a chemical called astaxanthin, perfecting a method of making it soluble in cosmetics products and at the same time greatly enhancing it’s ability to penetrate the skin. 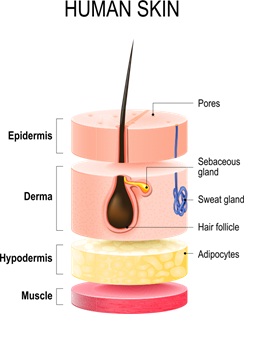 Fuji’s analysis of film was also a huge advantage in working with collagen: which accounts for half of the materials in film.

The company was able to develop collagen that was ideal of skin moisture and tautness.

As you know, our skin is divided into two sections: the epidermis on top and the dermis underneath.

The epidermis is made up of many layers of cells, while the dermis consists of connective tissue, hair follicles, blood vessels, and sweat glands.

As part of normal skin health, the top layer of the epidermis is constantly being sloughed off and replaced from a self-replenishing pool of stem cells.

As we age, this pool of stem cells becomes depleted and cell turnover slows, eventually leaving us with thin, fragile skin.

As so companies such as Fujifilm, have been working to develop stem cell therapies that increase or preserve levels of collagen in stem cells, staving off this process of skin aging.

In fact Fuji is aggressively leveraging its expertise in collagen materials to develop a world class IPSC platform and manufacturing capacity.

IPSC cells, similar to the stem cells found in an embryo, have the potential to become nearly every type of cell in the body. Researchers have found ways to direct these cells to become many of these cell types, including heart and brain.

Just recently it acquired Biogen’s Danish based bioreactor operation for just under $1 billion.

This will help it to develop cells lines for the use in everything for drug discovery to anti-aging therapies.

I think bioprinting could be another huge field for Fuji.

The bio-ink can be used to print artificial skin, which then grows its own blood vessel system.

Currently, patients in need of skin grafts have two options. First, there are autologous skin grafts, where doctors shave off a piece of healthy skin to cover the damaged area.

Second, are artificial skin products made from materials ranging from bovine collagen to polymer foam. Both have disadvantages.

When the team implanted the grafts on mice, they found that the blood vessels connected with the mice’s own vascular networks within four weeks. That meant blood was flowing between the mouse and the skin graft, which vastly improved success of the graft.

Fuji has bioprinting plans of its own.

In September, Cyfuse Biomedical, a Tokyo-based company funded by Fujifilm, launched clinical studies of artificial blood vessels. The bioprinted blood vessels are to replace shunts for dialysis that occasionally clog and fail to work properly.

Cyfuse creates clusters of cells by pushing the cells onto a pinholderlike base that coaxes them into bonding.

They are expected to help cardiac bypass surgeries and other procedures run more smoothly.

Fujifilm has also produced a new series of light-sensitive hydrogels based on collagen.

The hydrogel is compatible with many cell types and gel forms in seconds after exposure with light. It’s ideal for use as a bio-ink ingredient for 3D bioprinting applications. That will include vessels and skin grafts. And in time: major organs.

In fact, it’s staggering how Fuji has translated its expertise into so many thriving areas of medical research: from prevention to diagnostics to treatment 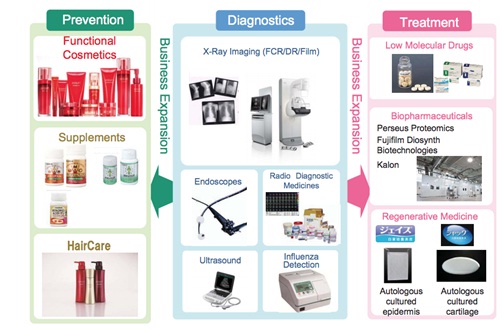 The company looks set for years of growth as it moves into regenerative medicine. And unlike many other biotech stocks, it’s not massively overpriced.

Fujifilm (Tokyo: 4901) looks a stock for long term, steady growth in a great many directions.