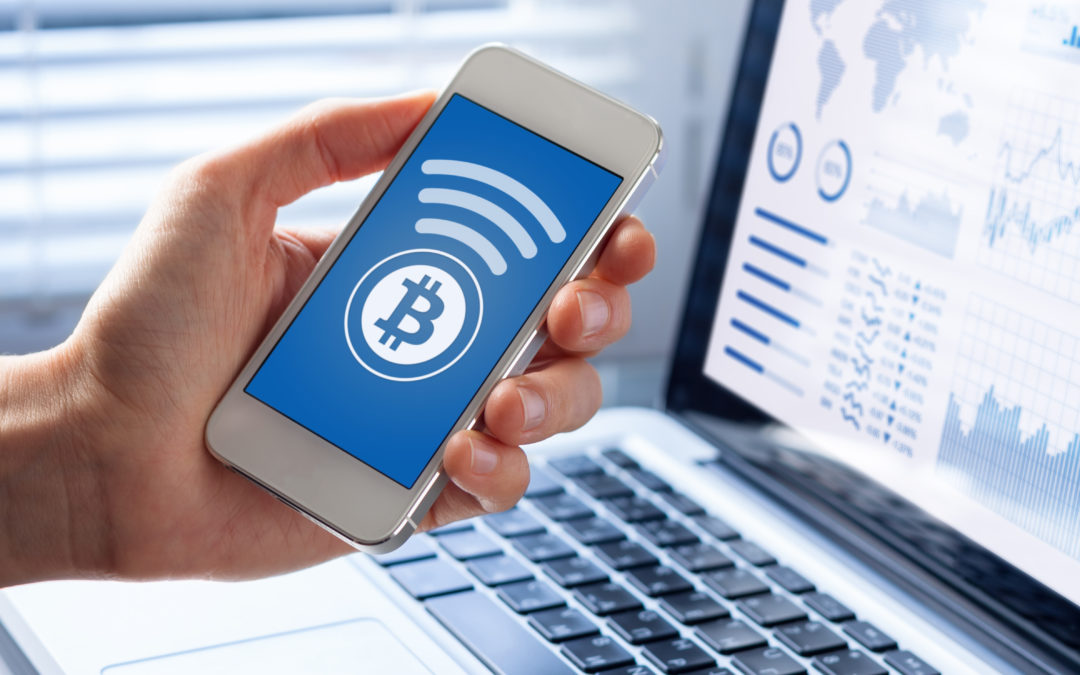 Back on 9th January, Robert White, my Monkey Darts co-pilot, suggested everything was in place for another crypto bull run.

It was a big call.

Sentiment towards cryptos in general and Bitcoin specifically was on the floor.

As Robert wrote at the time:

“Once again, people are writing obituaries for the currency.

“The market is washing out as regulators crack down hard on dodgy coins and unscrupulous exchanges.

“Because now we have an opportunity to start buying up Bitcoin again.”

A contrarian’s call on Bitcoin

After a year of falling prices, investors had pretty much given up on Bitcoin, fearful of losing money.

But it’s often the case with markets that times of extreme fear and pessimism can be great opportunities to buy.

That’s why we have quotes from legendary investors like Warren Buffett, who says we should be…

Or John Templeton, who said:

And 18th century banking mogul, Nathan Rothschild, reputed to have said “the time to buy is when there’s blood in the streets”.

The gist of all three is the same…

That the best time to buy is after a crash… when everyone else is selling in a panic and no one wants to buy.

And that’s basically what Robert was saying in his Monkey Darts issue back on 9th January.

The Bitcoin crash had happened.

The panic was on…

And investors didn’t want to touch it with a bargepole.

That was the time for smart speculators to start buying.

The Bitcoin bull is back

And six months on, it looks like Robert’s call was bang on the money…

That the crypto bull market is back on.

But if the analysis I’ve been reading is right, it could have a lot further to run.

Robert has had some good success trading in and out of Bitcoin and other cryptos over the past six years or so.

And he’s learned a lot about the crypto market in that time.

But he won’t mind me saying that a lot of the insight he’s gained and success he’s enjoyed is thanks to a guy called Michael Mac.

He’s a hugely successful crypto investor himself, having been investing in the crypto space since 2013.

And he understands cryptos, and the underlying blockchain technology they’re built on, more than most.

Michael’s view is that this latest move from the lows around $3,000 in December/January is just the start.

“Look there are a lot of variables…but all the signs are that the bull is back and the bottom is in. I’m confident we will at least challenge new highs for Bitcoin above $20,000 and we’ll likely see $100k in the coming years.”

For outsiders looking at this market, it might seem wildly volatile.

Those are all single-day moves between low and high that have happened over the last couple of weeks.

And movement like that can make it a challenge if you’re hung up on trying to find a decent place to get in.

But Michael’s mantra has been that it’s better to just get in and hold than to try and time the market.

The real prize here is what Bitcoin could deliver over the long term – a year, two years, even 10 years from now.

If Michael’s right and Bitcoin’s price rises to $100,000 over the next few years, there are huge gains to be made.

And by the way, Michael’s not the only crypto expert targeting $100,000 for Bitcoin.

Anthony Pompliano from Morgan Creek Digital Assets, explains simple market forces of supply and demand will drive it there:

“I think by the end of 2021 we’ll see it eclipse $100,000. The important thing to remember about bitcoin is that it’s a fixed supply asset and so supply and demand economics apply. If there are increases in demand, you’re going to see the price move up.”

When something’s scarce and people want it, demand is greater than supply.

And that makes the price go up.

You can see it with the price of commodities like oil and gold right now.

The attempt by Iranian boats to impede a British oil tanker in the Strait of Hormuz yesterday is just the latest increase in tension in the Middle East.

But it’s been building for weeks.

And it threatens global oil supplies, given that some 30% of the world’s seaborne crude oil passes through the straits.

And it’s the same for gold.

Supply of gold is effectively falling due to years of underinvestment in mines meaning no new big discoveries have been made.

But at the same time, demand is growing, as investors seek out gold’s time-tested safe-haven qualities.

With real interest rates falling and signs of an impending global recession, many see it as one of the best stores of value for their wealth.

But the demand for gold is not just from investors, but from other, bigger players, too.

“We’re seeing appetite grow for the precious metal, not just from investors but also central banks, which have been net buyers since 2010.”

Again, as with oil, limited supply versus growing demand means that gold is soaring.

In dollar terms, it’s up 12% over the past two months.

And Morgan Creek’s Anthony Pompliano suggests that this supply/demand imbalance will drive the price of Bitcoin in the coming years, too.

Why Bitcoin could soar as we approach May 2020

Bitcoins are created by a process called ‘mining’.

Only it involves using computer power to solve complex mathematical problems in return for rewards in the form of Bitcoin.

But as there is a limited supply of oil or gold in the ground, there’s a 21 million-coin-limit written in to the Bitcoin code from the start to create its scarcity value.

There can only ever be 21 million Bitcoins.

As I write this, there are currently 17,811,463 in circulation. Which means there are only 3,188,538 more coins that can ever be added to the supply by people mining Bitcoin.

And it’s getting tougher to mine them, which adds to the scarcity dynamic.

As Michael Mac explains, 19th May 2020 will see the next Bitcoin ‘halving’ event.

That, Michael says, is “when the rate of issuance of bitcoins to miners will halve.

“This is part of Bitcoin’s design: the coin reward for mining new Bitcoin blocks will drop from 12.5 Bitcoin to 6.25 Bitcoin. The idea is that as rates are continually halved, fewer and fewer coins will be mined over time, and Bitcoin will have scarcity value.

“What does this event mean for the price of Bitcoin?

“In the past, the run up to the halving has been a very bullish time and this is a key event and 1 year out is a great time for a bull run in Bitcoin.”

Michael wrote that a couple of months ago on 21st May, when Bitcoin was trading at around $8,000.

But demand is growing fast, both from individual investors not wanting to miss out on this new bull market AND from big institutions.

As this increasing demand meets dwindling supply, economics will kick in and… BOOM! Prices will move higher.

Add in the huge demand were seeing not just from individual investors, but increasingly from large institutions, too and… BOOM!

Economics will kick in and the price will go higher.

It looks like a smart move to own some Bitcoin.

If you’re already in, hold on for the ride and follow Michael’s guidance if you’re a Crypto Traders’ Academy member.

He’s put together some excellent resources about the safest and easiest ways to buy and store your Bitcoin.

And if you’re not yet involved, you should take a risk-free trial to Crypto Traders’ Academy today and get up to speed.

You’ll find everything you need to know on how to get started as well as Michael’s favourite cryptos (apart from Bitcoin) to buy now.

Remember, you don’t need to invest much in cryptos – as much as you can comfortably afford.

But there’s a real chance you could multiply your stake many times over in the coming years.

Take a look and see if you want to get involved.