How you could print your next home 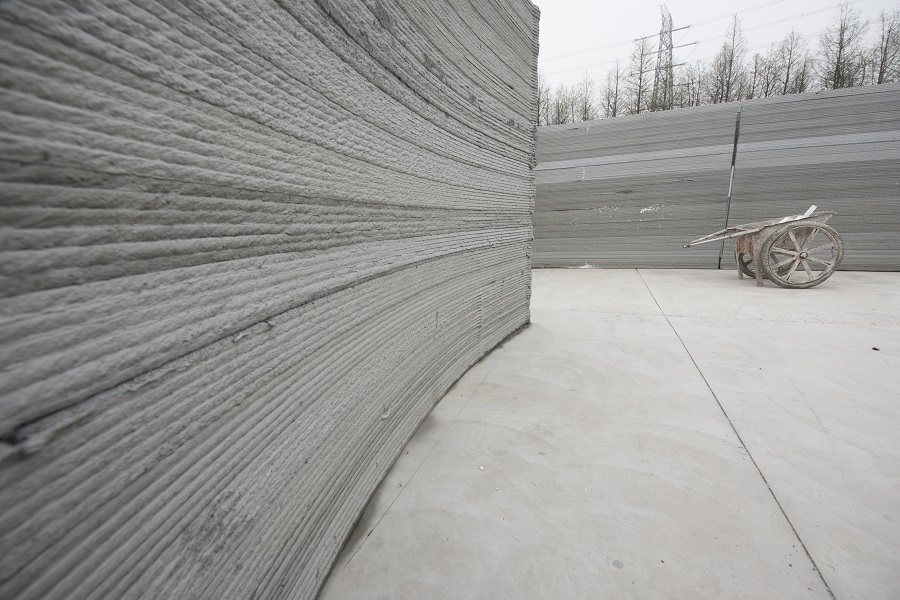 For the last week, Michael Torpak, a sculptor from Prague, has been overseeing his latest project.

It’s a new home that he hopes will be ready to launch on the Vltava River in early August.

The home itself took a few weeks to design. It’s shaped like a protozoa – a primitive sea living and free moving parasite – with one bedroom, a kitchen and a planted roof. 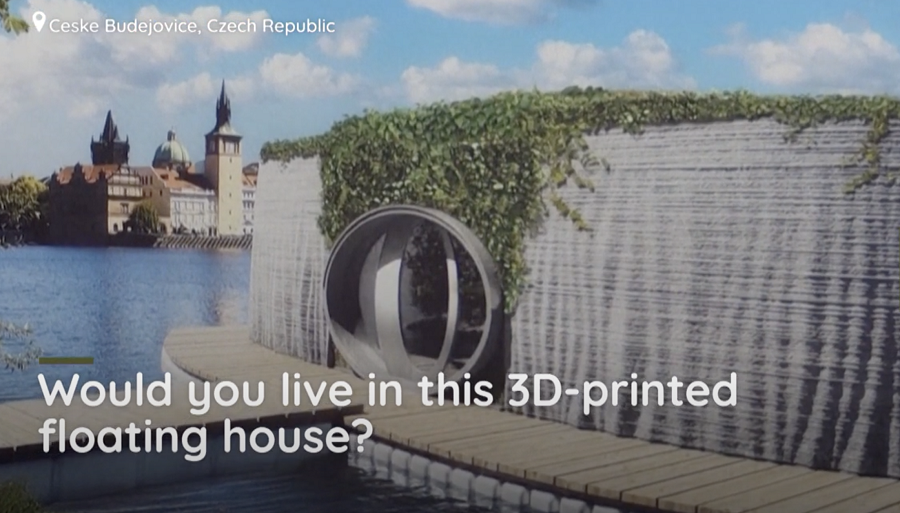 What’s remarkable about the structure is that it was built in less than 48 hours, for a cost for a few thousands euros.

Torpak worked with a 3D printing company to do the job. The mortar was printed layer by layer, and then the windows, panes, electricity and utilities were installed by a hand.

It’s a nice little project. And houses and huts like this are springing up cities across the world. 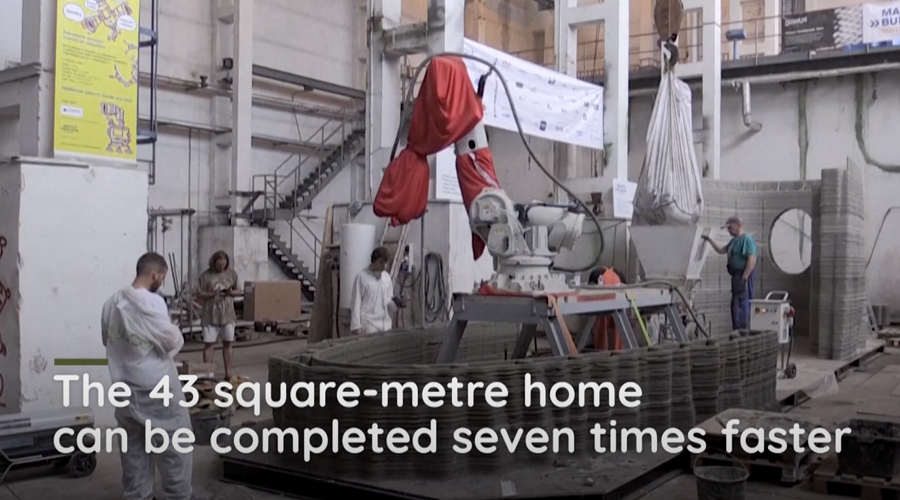 In Dubai, for example, a Chinese company called WinSun has printed a 250 square meter office complex using a printer the size of a five aside football field.

The building was finished in just 17 days and cost $140,000. It stands 31 feet tall with a traditional foundation made of precast concrete, and a structure that is reinforced with concrete and rebar.

Dubai plans to ‘print’ 25% of all ‘new build’ property by 2030. And there are serious benefits to this method of construction.

For one thing, it’s a cheap way to build. The Dubai government estimates that reaching the 25 percent 3D printed building goal will reduce labor demand in construction by 70 percent, cut costs by 90 percent, and reduce the time it takes to build by 80 percent.

Secondly, this method of construction is quite friendly to the environment.

Building and construction are responsible for 39% of all carbon emissions in the world, with operational emissions (from energy used to heat, cool and light buildings) accounting for 28%.

But by using materials and printing houses in a matter of days, there is serious scope for reducing the emissions.

A group of architects in America have used mud to create prototype 3D-printed earth structures for example.

Italian 3D-printing company WASP is even working on a 3D printing machine that can build houses from soil and agricultural waste.

Will we build structures like these in the UK?

I think we will. I can see how you might decide to build a structure of your own in your back garden, or a modest 3D cabin by a river or lake in the countryside.

The house below, for example, was 3D printed by a company called ICON in Texas. 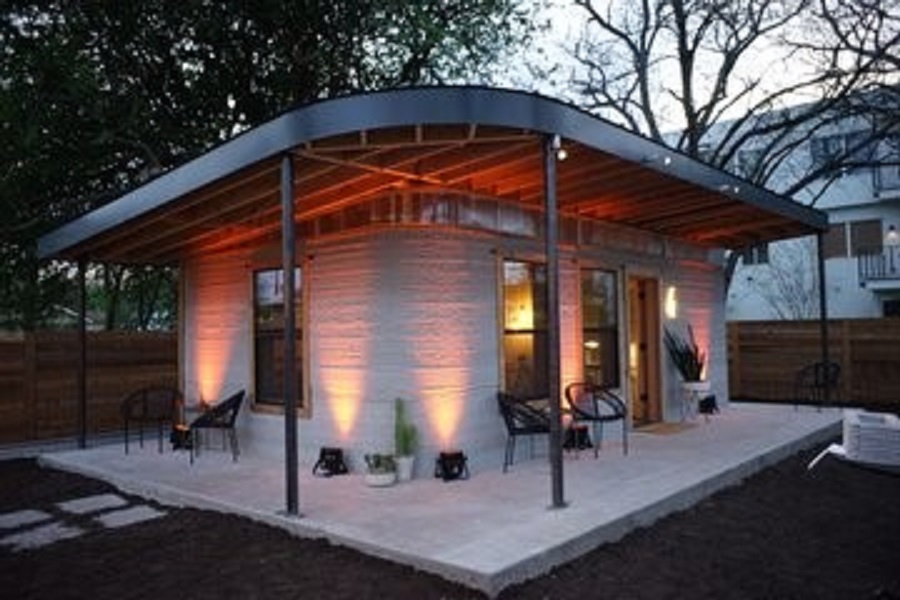 You can take a look around the inside of the house in this video.

A Planet of Slums

I think the biggest use of 3D printing, however, could be in supplying affordable housing in cities.

In the last few decades, we’ve seen a vast exodus in developing countries from the countryside in the city.  Many of these people have ended up living in vast slums outside major cities with very poor housing and facilities.

The scale of this industrialisation utterly dwarfs that of the Victorian age, says Mike Davis in his book Planet of Slums.

But today, Dhaka in Bangladesh, Kinshasa in the Congo, and Lagos in Nigeria, are each approximately 40 times larger than they were in 1950.

In many cities, 3D printing could provide a means to produce good quality housing for slum dwellers.

It would be relatively cheap for the government to undertake these projects, and it might help reduce poverty and the environmental impact of slum life.

As Peruvian economist Hernando de Soto has pointed out, these slums are often a thriving hotbed of small entrepreneurs’ selling vegetables, doing laundry, and even opening small bars and restaurants.

If these people were afforded decent housing and property rights, they might be able to borrow against their property to scale up their businesses.

ICON, who built the house in Texas, are currently 3D printing affordable housing in El Salvador and have plans to expand from there.

In fact, I see a big future for 3D printing.

In the next ten years, I can see printer farms springing up in most major cities.

These factories will have printers of all sizes and they will could supply most of the goods needed where they are needed—whether semiconductors, medical equipment, drugs, body parts, food, vehicles, robots or houses.

Clearly, the present way of manufacturing things is unsustainable.

The global supply chains involved in sourcing components from different parts of the world, cobbling them together into products and then shipping them to end markets is increasingly risky and costly.

This is where a cluster of fast evolving technologies comes in, comprising generative software design, 3D printing, robotics and new synthetic materials.

In fact, you can read more about the 3D Printing boom in our free Life After Covid report.